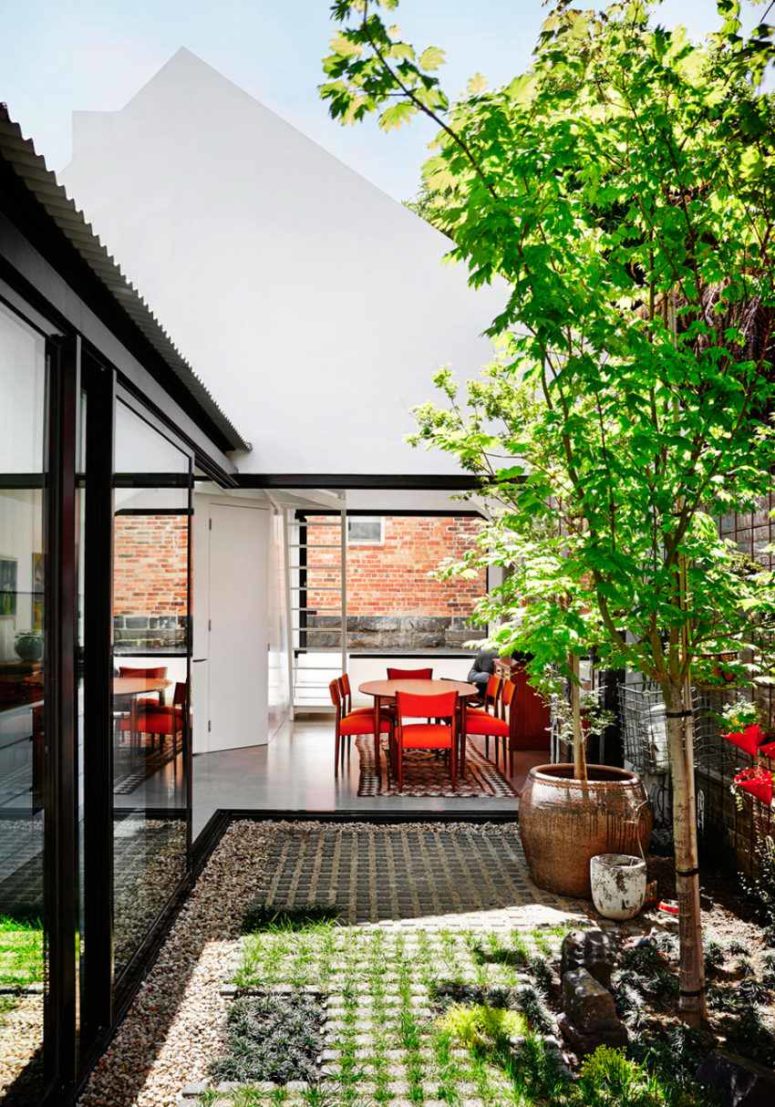 Part modern, part rustic, this colorful home in Melbourne, Australia is a dose of inspiration for the day. Envisioned by Austin Maynard Architects, Alfred House is an addition and reconfiguration of an existing two-story building, with two bedrooms and a lean-to that had little relationship with the exterior space.

The aim of the project was to expand outdoor areas by embracing the laneway in an unconventional and playful manner. By building on the boundary and internalizing the back garden, the clients now have this open space which nobody uses. By opening the doors to the back, it extends their property and allows light and air to pour in.

The entire space was reorganized and now includes an open plan kitchen and dining room on the main level. The second floor of the addition accommodates the bathroom, office are and storage room.

Rather than placing the addition directly on the rear of the house, we moved it back to the boundary laneway. In doing so we essentially turned the dodgy little lightwell that you find in most terrace houses, into an entire garden.

The décor style is a mix of mid-century modern, rustic and modern styles, the colors are simple and the designs are geometric. Mid-century modern style makes the dining zone unbelievably cozy and inviting, while the working space in modern and almost minimalist style helps to concentrate on the work. 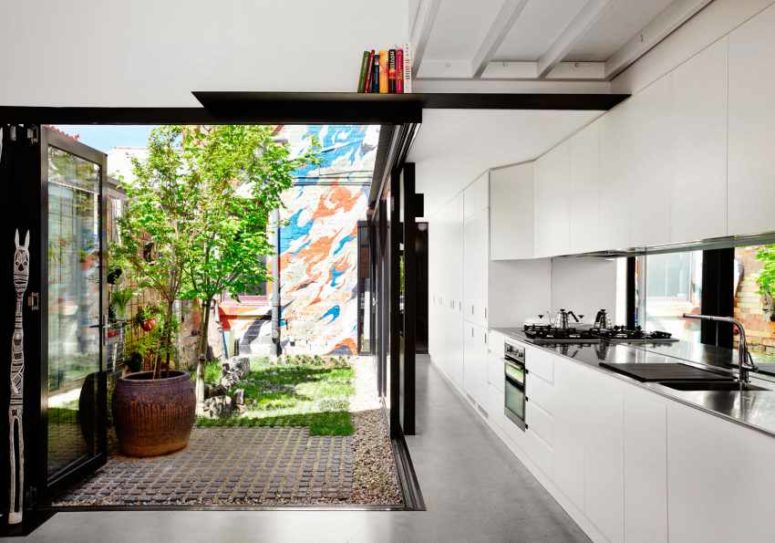 The kitchen is done in white, it's modern and functional and the space is extended outdoors to the sunlit backyard 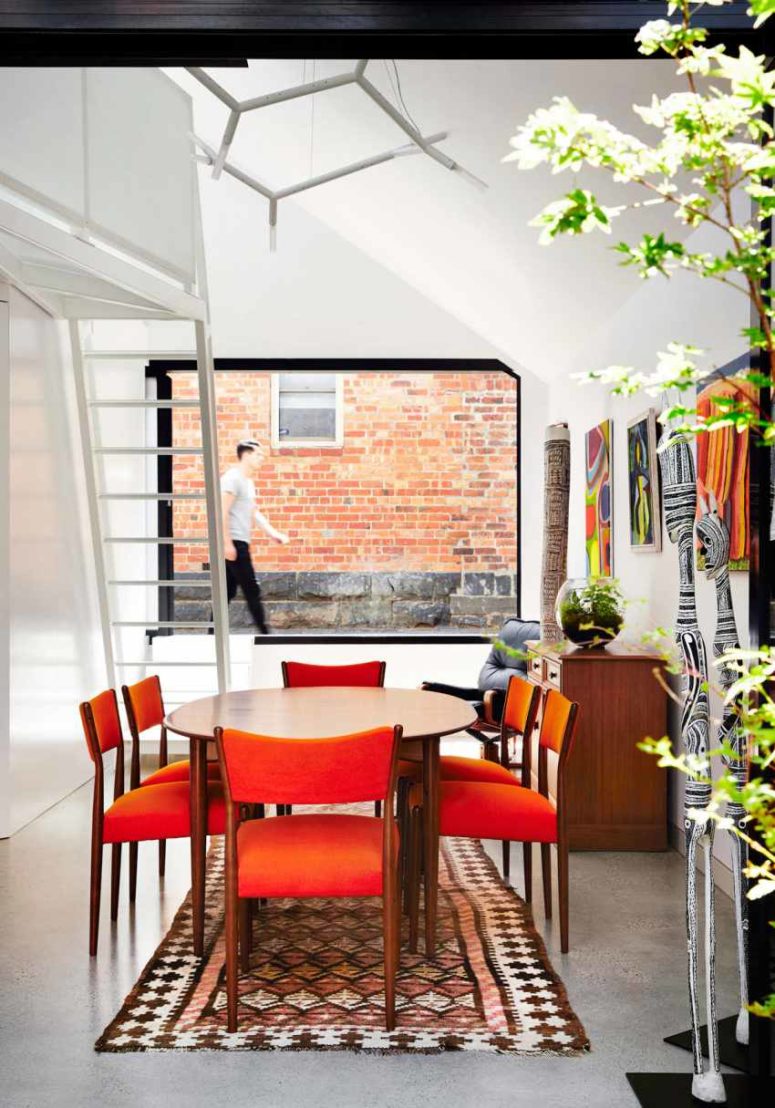 The dining space is mid-century modern, with orange chairs and a round table, a cool rug makes the space inviting 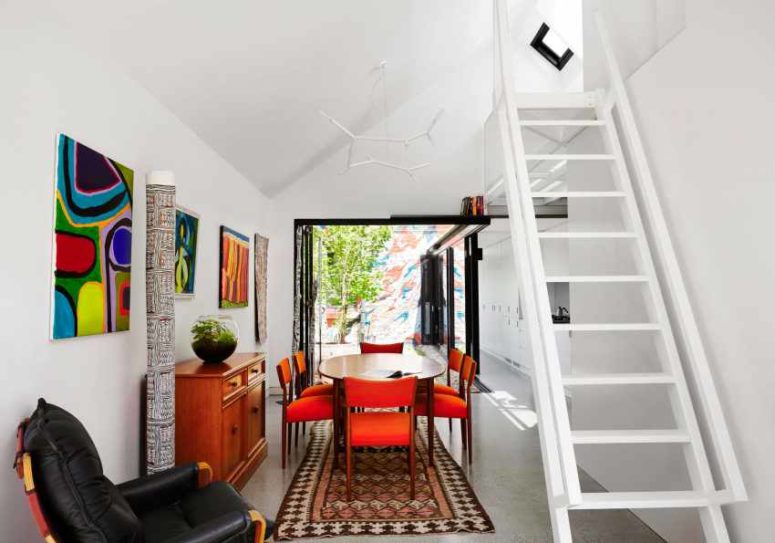 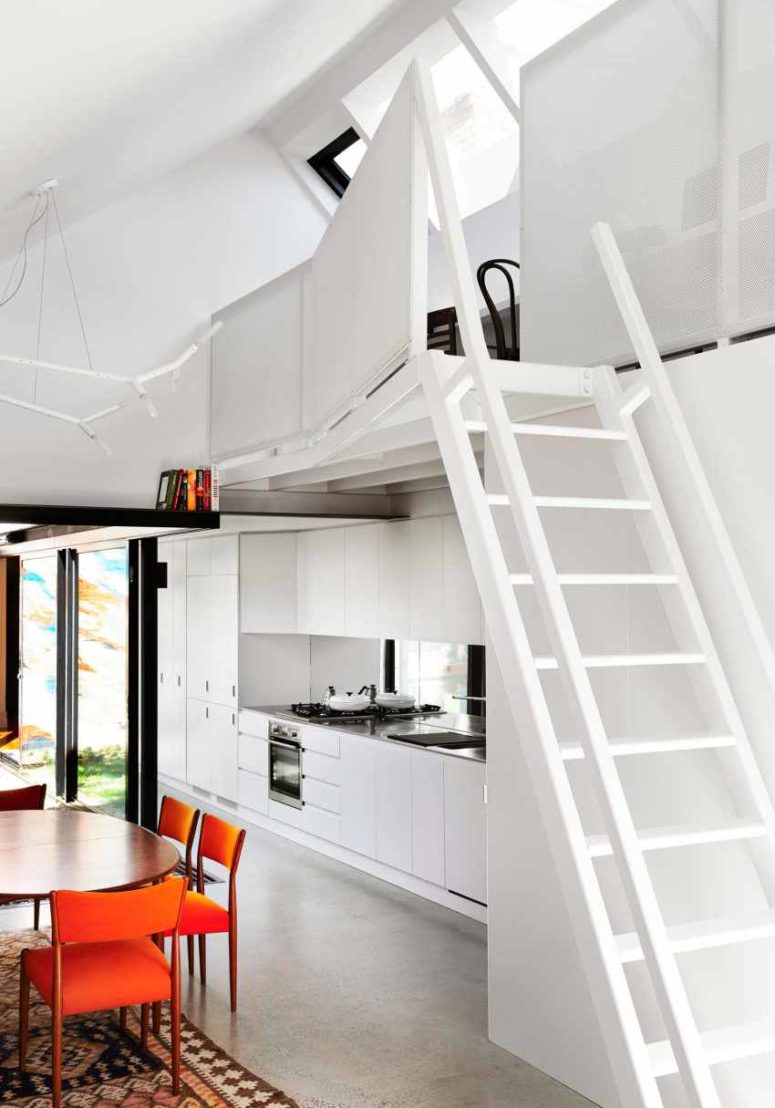 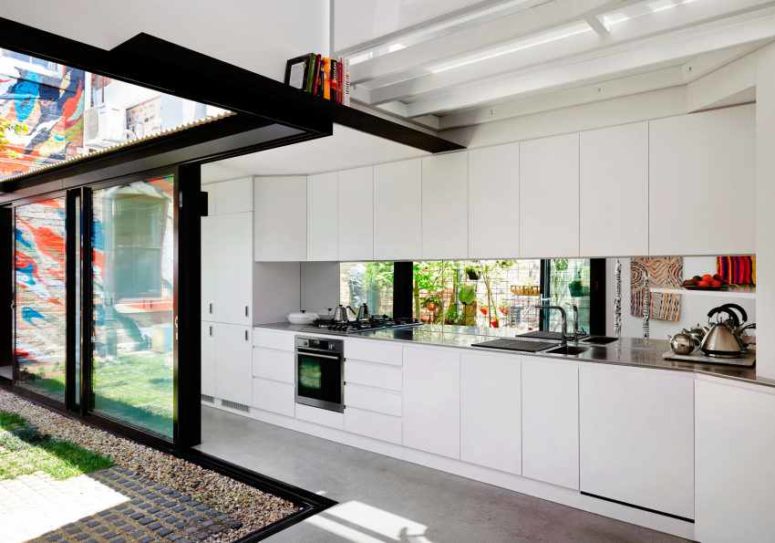 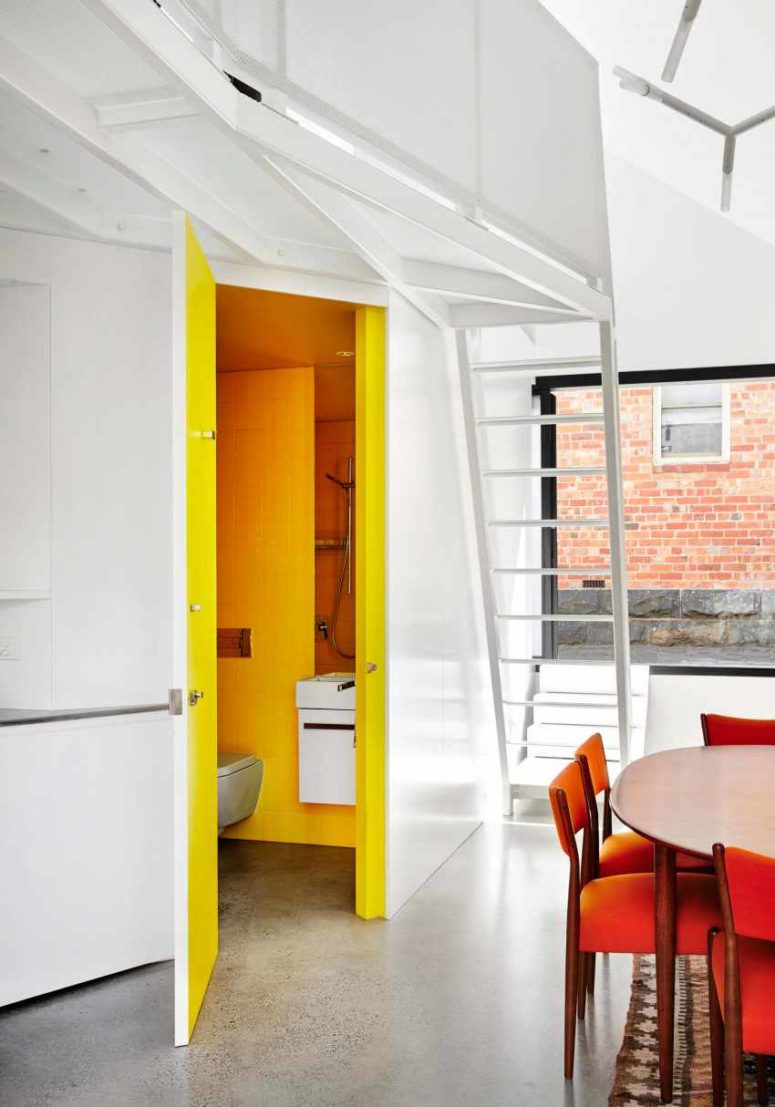 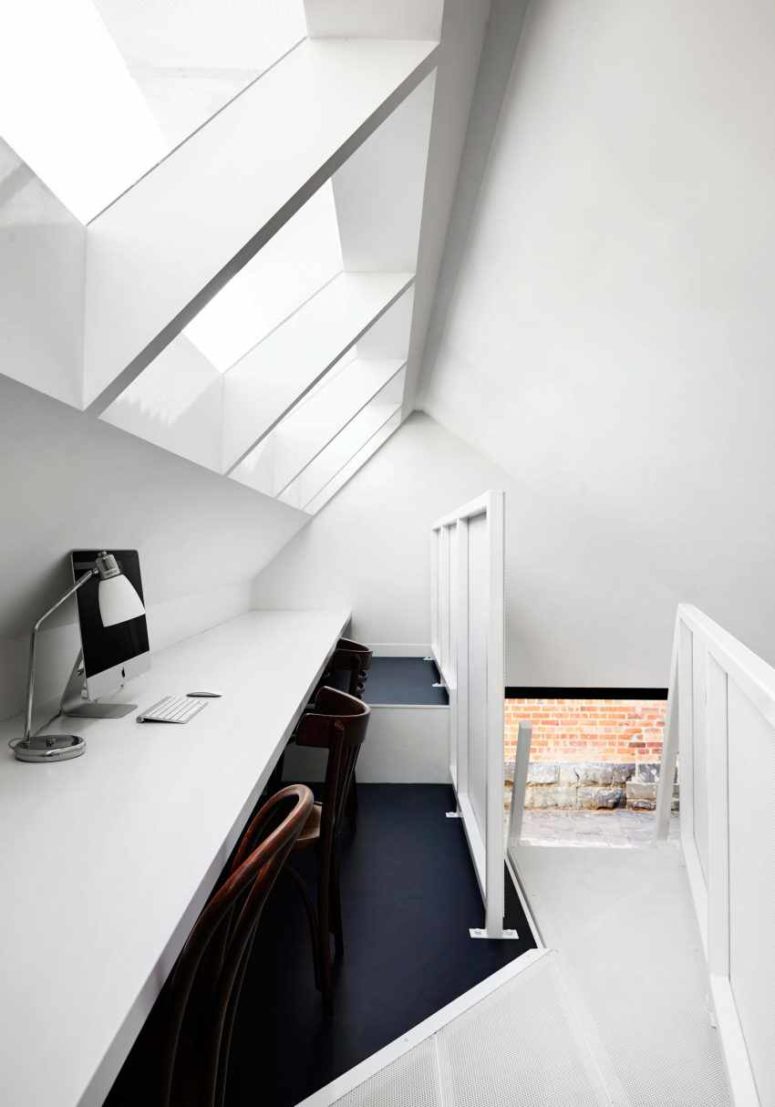 A small attic workspace is above the kitchen, and here you won't see any bold shades 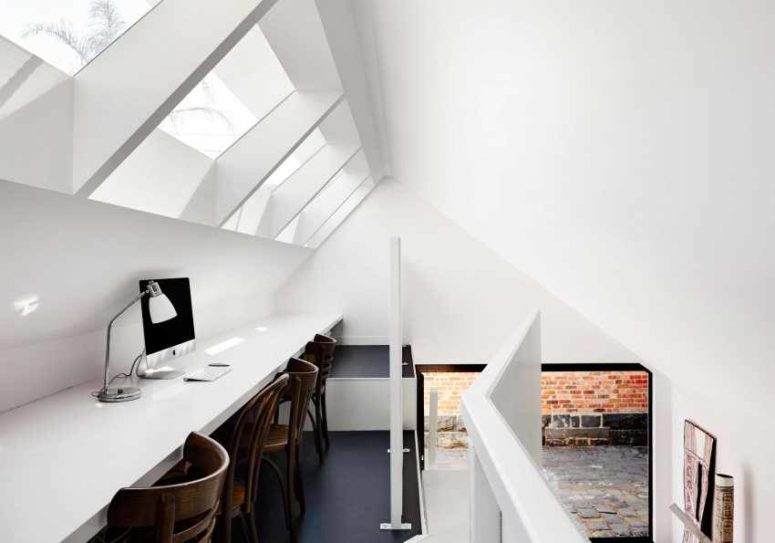