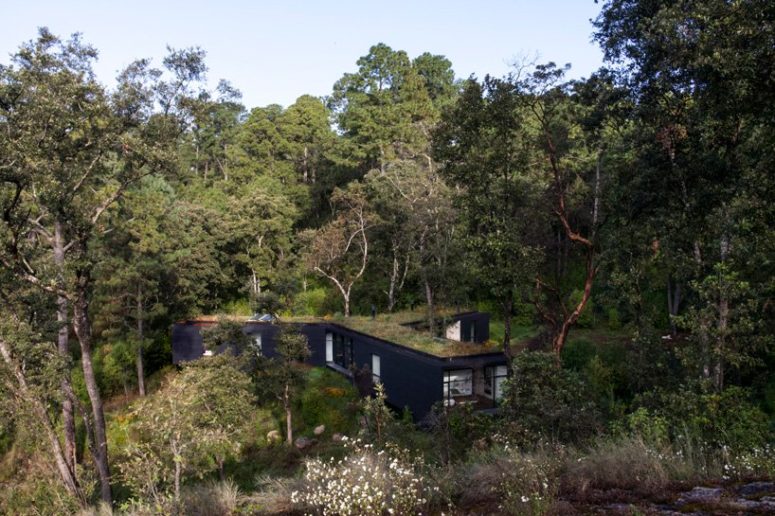 This home in the forest is a unique dwelling, which stands out but still looks harmonious in the surroundings

Located in the middle of a forest two hours north of Mexico City, Casa de la Roca achieves the perfect balance between blending within its surrounding landscape and vegetation, and standing out at the same time. Designed by Cadaval & Solà-Morales, the house features three distinct lookout wings with floor-to-ceiling windows at their ends, distant from each other, and joined together by a central ‘nodal’, which is protected but open to the outside environment.

The unique landscape surrounding the forest retreat extends onto the low-rise structure’s roof, attributing to it a certain anonymity amidst the intense vegetation and exuberant views. At the same time, the house is painted black, using paint and not dye, as the architects highlight, as a layer of material protection that adds to its character and ensures it will survive the elements for many years. The design strategy was influenced by the decisions based on maintenance, structure and thermal behavior and the visual weight that architecture must have in landscapes as recondite as the one the house occupies.

The indoor spaces are as opened to outdoors as possible: there is extensive glazing everywhere to fill the rooms with natural light and let the owners enjoy the views. The interiors are done with wood, concrete and stone and feature minimalist aesthetics. The furniture is a mix of contemporary and modern items, and the color palette is rather restraint, based on natural shades. 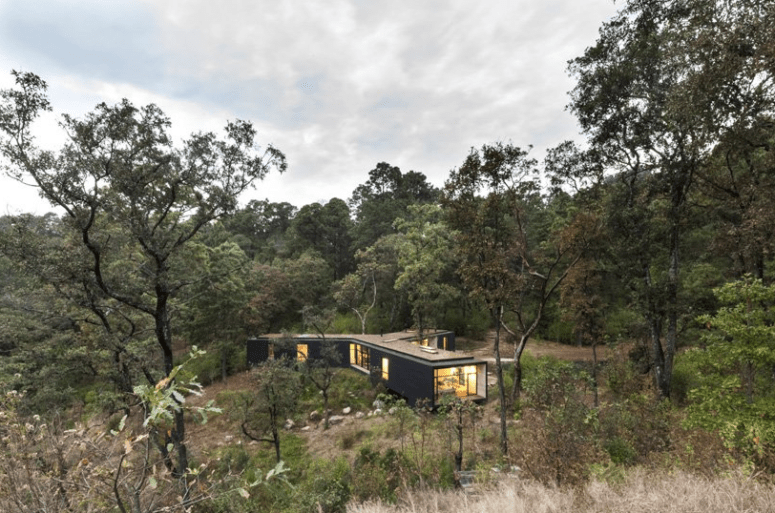 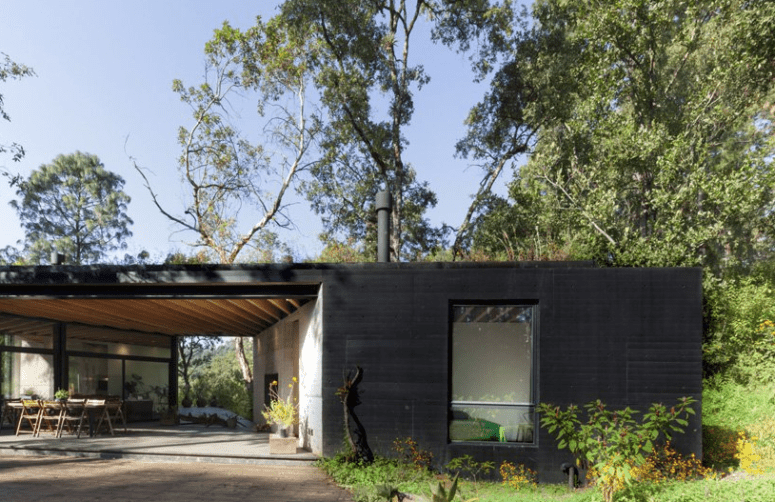 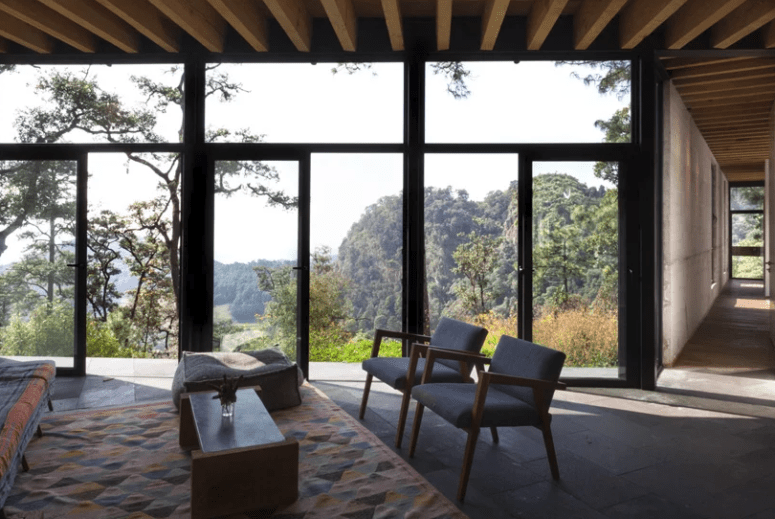 The indoor spaces are done in stone, concrete and wood with a restraint color palette inspired by nature 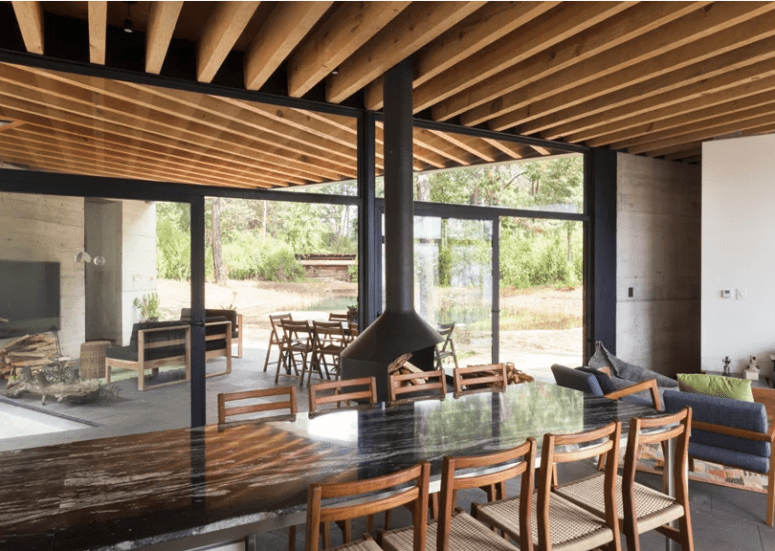 The furniture is a mix of mid-century modern and contemporary, there's a large suspended hearth 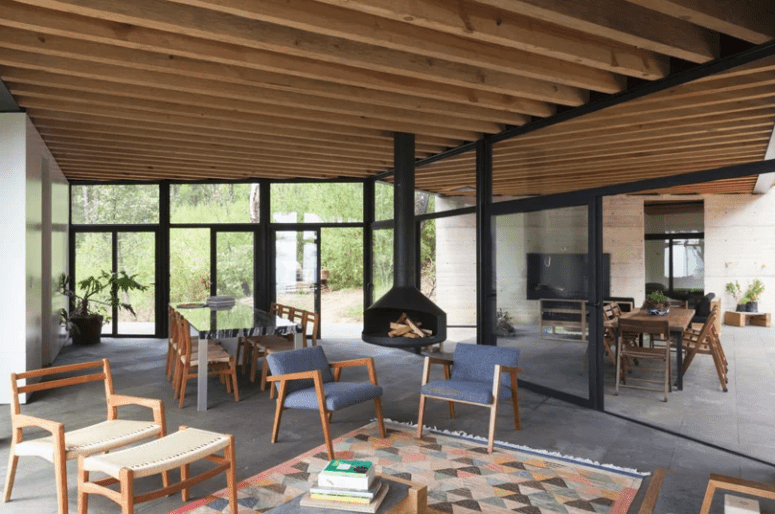 The living and dining room are all glazed from different sides, which fills the space with natural light and allows opening it to outdoors 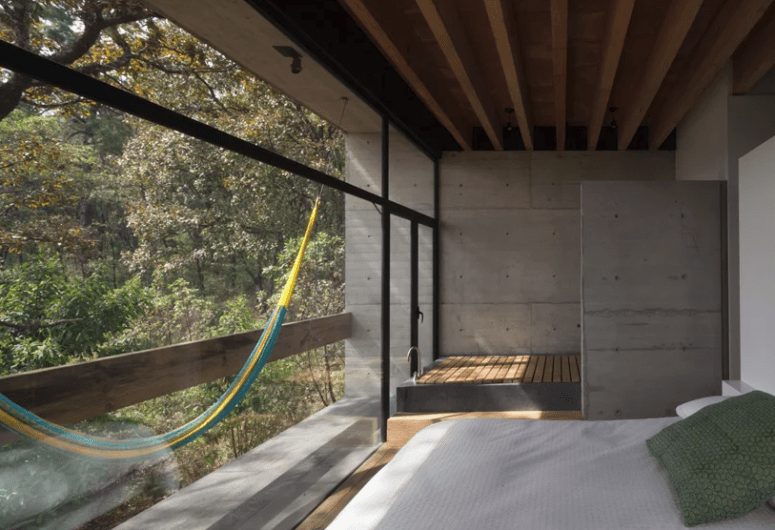 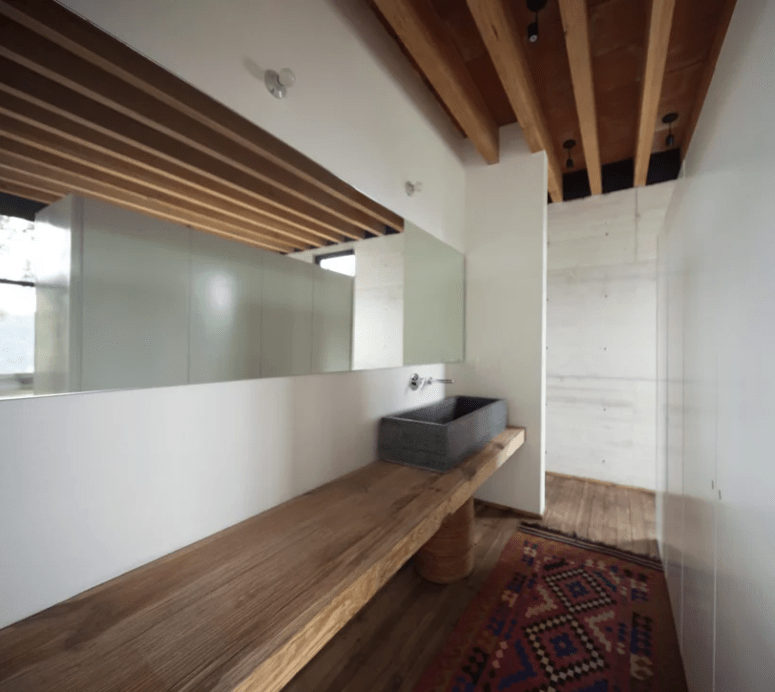 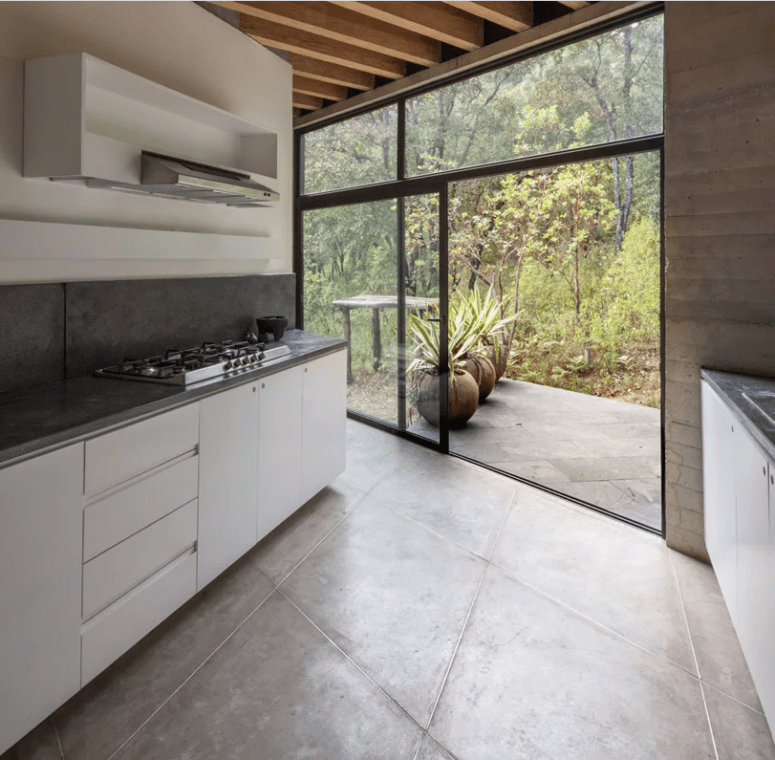 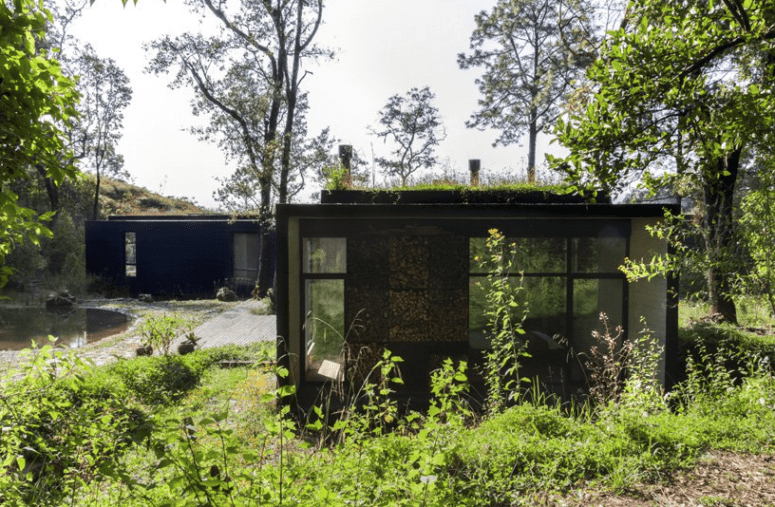 The landscaping includes some greenery, a green roof and a pond next to the house