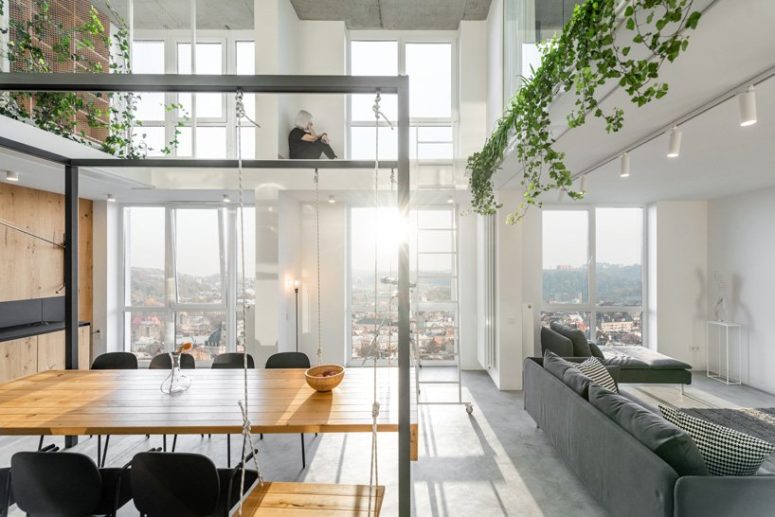 O. M. Shumelda Design and Architecture Studio has built a two-story apartment for a young creative client at the top of the city of Lviv, Ukraine, connecting the first and second levels to create a light and open interior. Titled 2 in 1, the project features a double-height space at the heart of the flat where common living areas, such as the kitchen, dining and living rooms are located. This area benefits from two rows of large windows that illuminate the interior and offer residents an open view of the Lviv panorama.

O. M. Shumelda Design and Architecture has developed the 2 in 1 apartment around the common, double-height space, where a table in a black metal frame takes center stage. The kitchen, dining and living room, and WC are located around it, while all features are hidden and strategically distributed across the first level. A second row of windows that would normally belong to the upper level brings additional natural light within the common areas, resulting in a comfortable, spacious interior. At the same time, a thin ladder allows residents to access a small platform in front of the windows, where they can enjoy the city panorama.

The second floor of the apartment is divided into three zones, which include: the master bedroom, with views of the city’s impressive skyline; a half-open bathroom with a hammock; and a lounge zone with a library around the perimeter. The flat is characterized by a monochromatic palette, white stairs, glass partitions and lots of greenery, all of which unite and organize the entire space. I totally love that this minimalist apartment is dotted with dreamy touches like swing chairs, a hammock in the bathroom and a large windows to enjoy the views and natural light.

This layout includes a living room and a dining space, some cascading greenery and you can see a glazed second floor 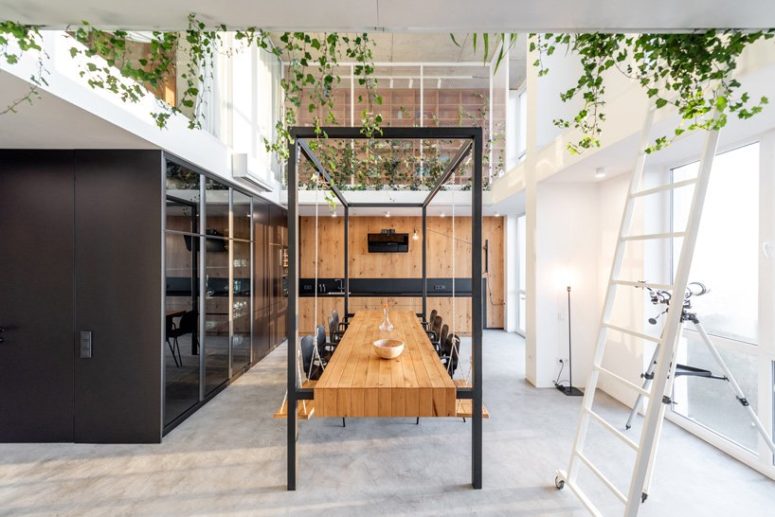 The kitchen is done with wooden cabinets, a black backsplash and a raised table plus a swing 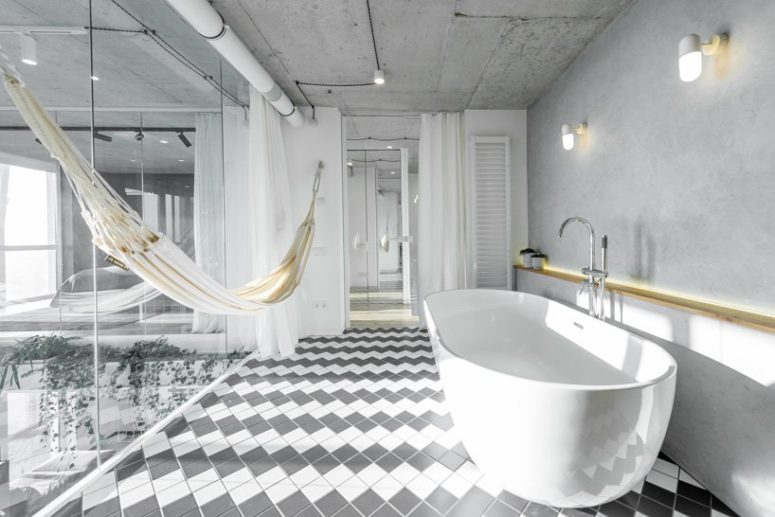 The bathroom is hidden behind glass doors and can be made private with curtains, there's a hammock for relaxation 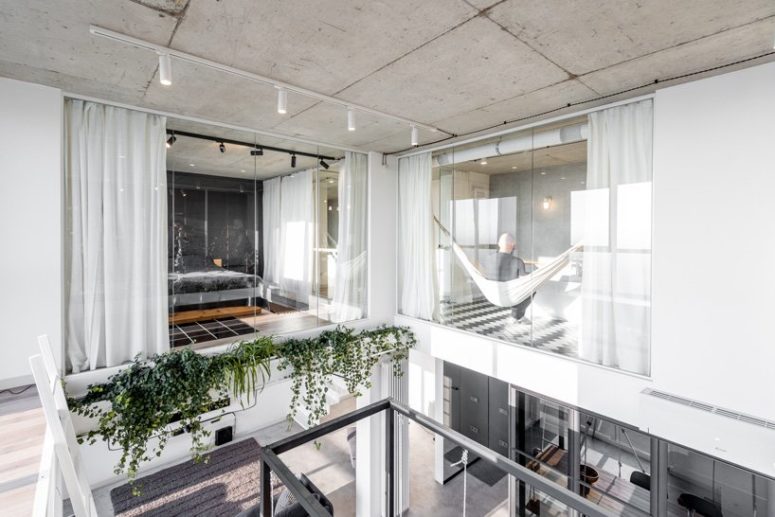 The bedroom is also on the second floor, done in greys and white, it's rather minimalist 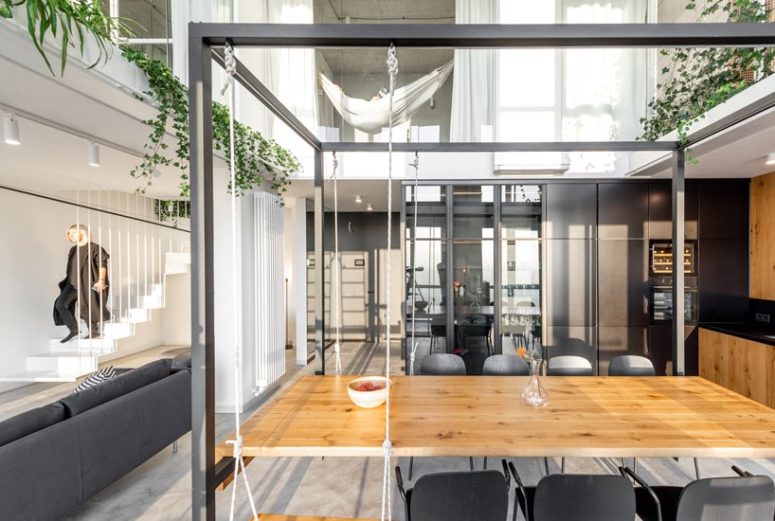 The style of the apartment is contemporary meets minimalist, with black, white, grey and natural wood