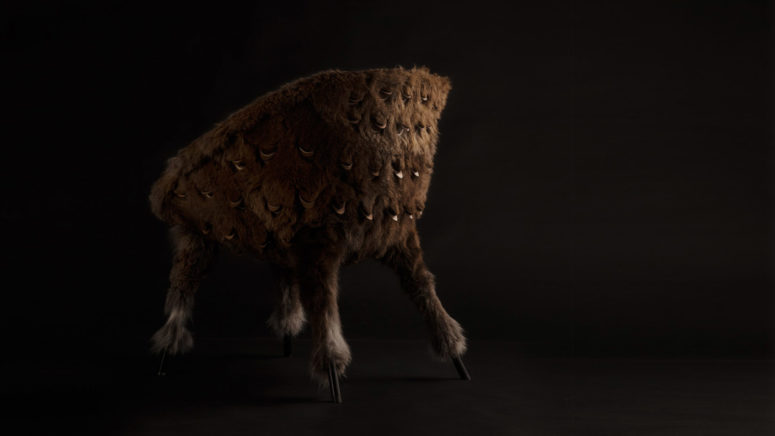 Australian designer Trent Jansen has created a collection of furniture shaped to resemble scaly and hairy monsters from his country’s myths.

The pieces, which are a collaboration between Jansen and local studio Broached Commissions, blend characteristics of folkloric creatures, as well as real-life animals such as spiny caterpillars.

Jansen referenced the prickly body of the Hairy Wild Man from Botany Bay – an invention of British arrivals, who described a nine-foot-tall furry being that roamed the country – for a chandelier, made from thousands of glass spikes. A furry bowl and chaise longue, made from sheepskin and featuring hundreds of dangling leather spines, also nods to his apparently hairy exterior.

The scaly covering of a mythical creature from Aboriginal legend, the Pankalangu, has also been replicated for a side table and wardrobe. The furniture is covered in a scalloped pattern of layered copper and walnut veneer, which was painstakingly glued onto the surface. The monster was an invisible being that hid itself in the bush, and could only be seen when rain fell and glinted off its body.

Inspired by this trait, Trent used copper in the furniture as a way of catching the light. Jansen also created an animal-esque armchair, covered in wallaby pelt and with copper and leather scales peeking out. 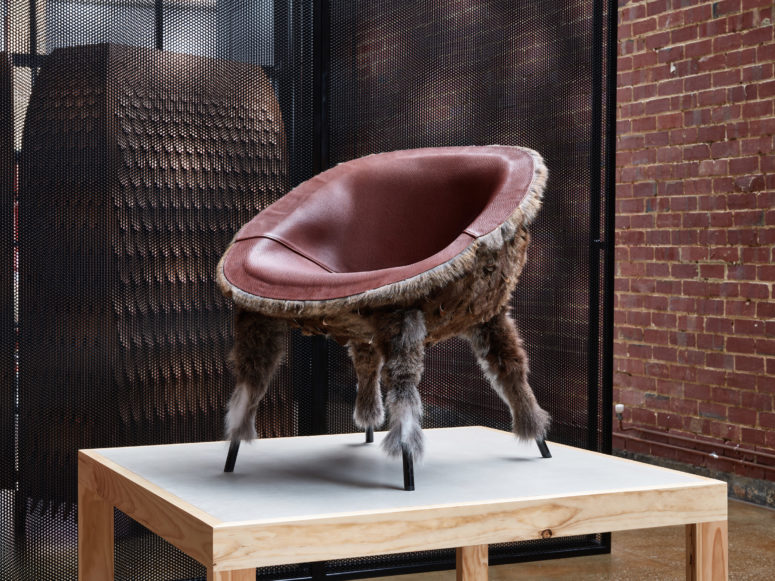 A nine-foot-tall furry being is reflected in this design 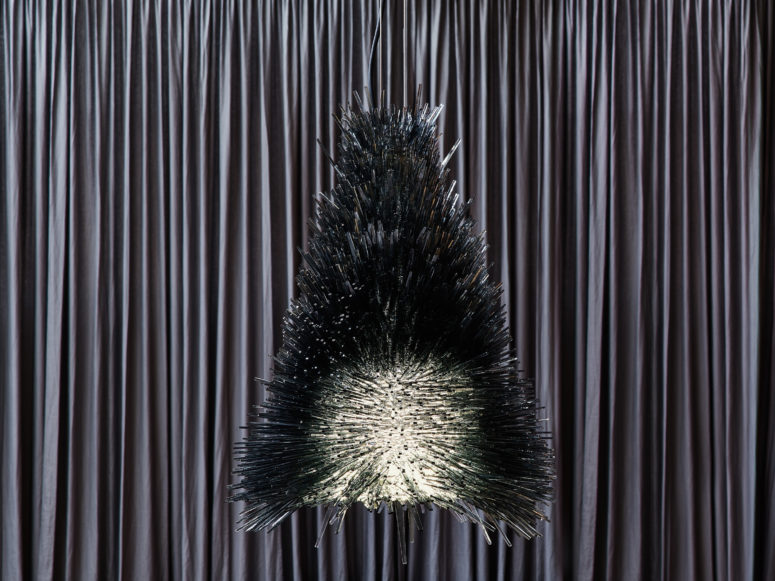 The lamp has thousands of glass spikes 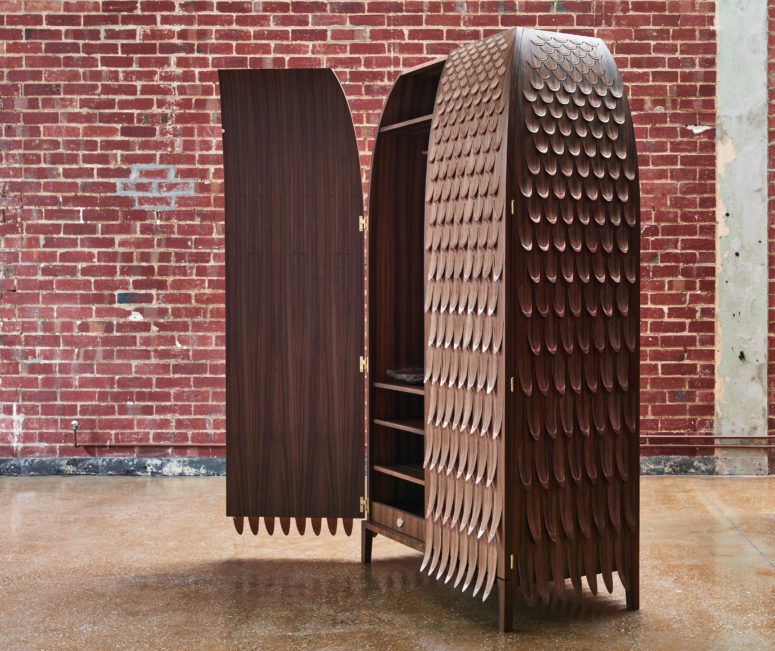 Monster wardrobe covered with veneer and copper in a scallopped pattern

There's also a smaller storage unit that matches the wardrobe