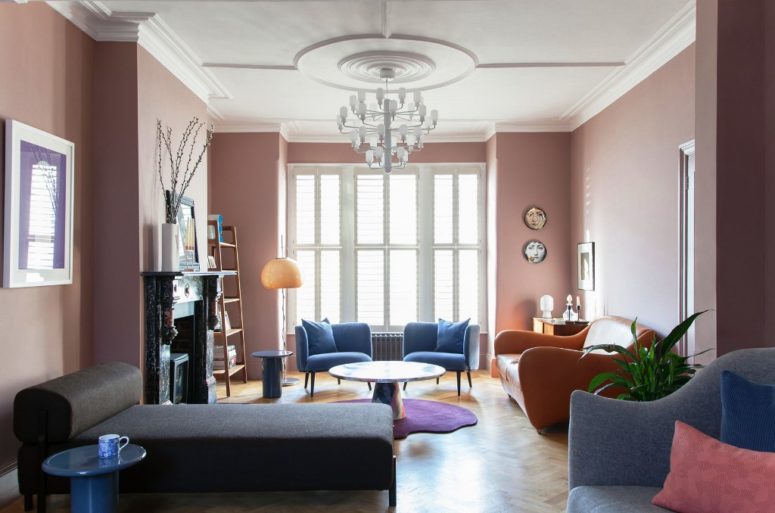 Louisville Road house was constructed between 1888 and 1910 in south London and 2LG Studio was invited to renovate the house. The house belongs to a couple with a young child who, over the past few years, had restored the house to good condition, but felt that it still lacked a cohesive aesthetic.

When 2LG Studio was brought on board, it decided to add color to every living space. They had some beautiful vintage pieces given to them by family and there were already some strong pieces of art that the couple had bought together – this helped to give the studio a strong idea of their style.

The most work was required in the living room, which the clients said was largely being used as a thoroughfare rather than a place to sit and relax. Walls here are now painted dusky pink, drawing upon the pink detailing that can be seen on the room’s pre-existing stone fireplace. In the middle of the space is a deep-purple rug with wobbly edges. Left-behind stickers and barcode labels are still visible in translucent areas of the table. At the rear of the space there is a cozier snug dressed with pale-grey seating and a navy blossom-print floor covering designed by 2LG Studio. Tiered white lights that the studio says offer a minimal take on the traditional chandelier hangs from the ceiling in both areas.

Steel-blue surfaces appear throughout the master bedroom upstairs. The bathroom’s walls are clad with pale marble, while baby-blue tiles cover the floor. This same shade of blue features for the taps and the bordering around the fluted-glass shower screen. Under the bathroom mirror sits a bespoke coral-orange vanity unit with fluted, lacquer-coated doors. Baby blue tiles and a coral basin stand similarly feature in the guest shower room, which has also been updated by the studio. 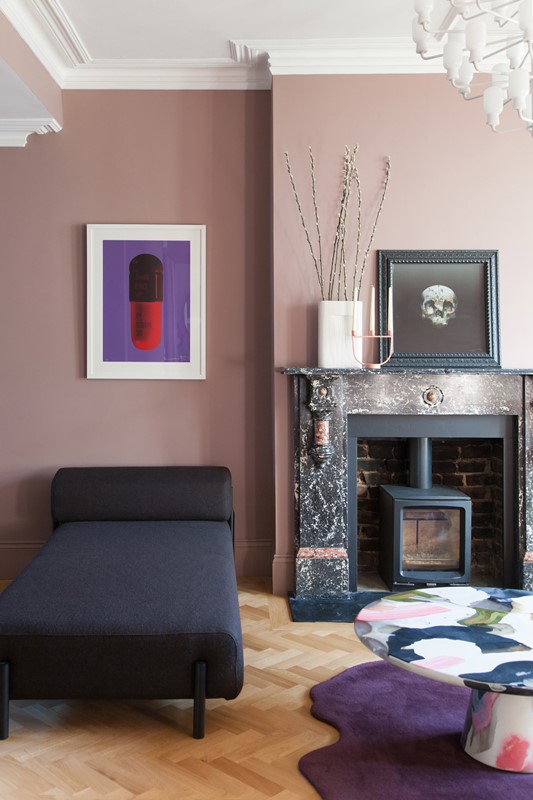 The living room features mauve walls, a mini hearth in the non-working fireplace and catchy artworks 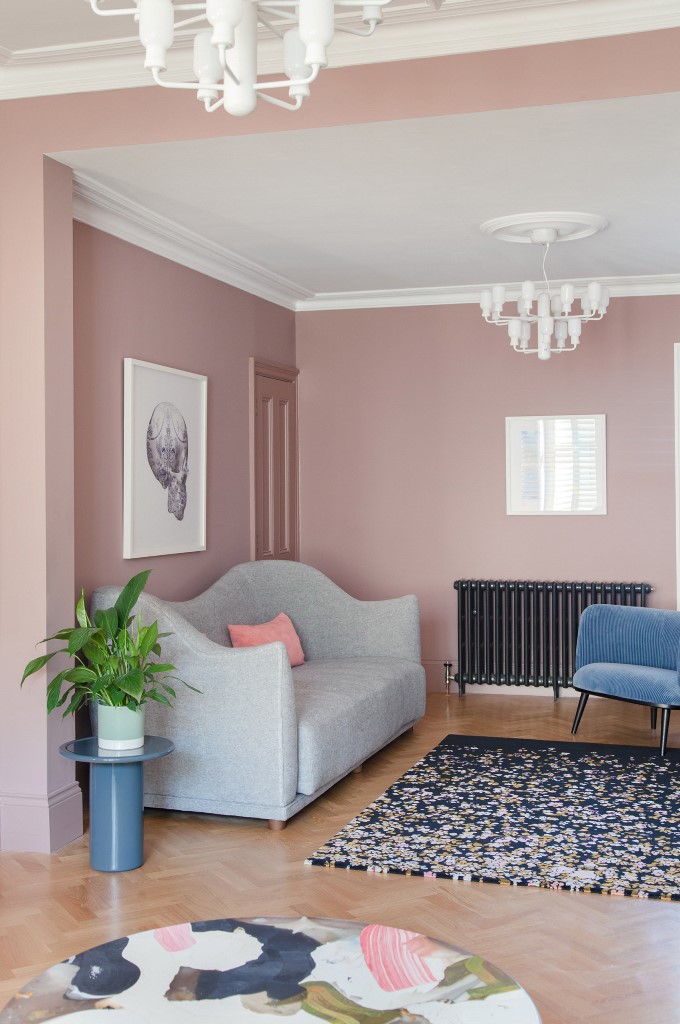 The furniture is curved, it's catchy and chic, there's potted greenery and a quirky chandelier 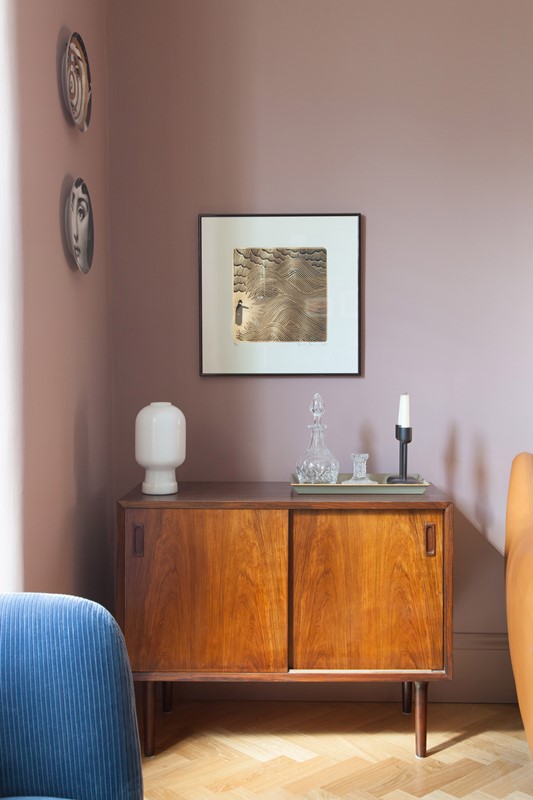 The mid-century modern aesthetics is clearly seen in the house 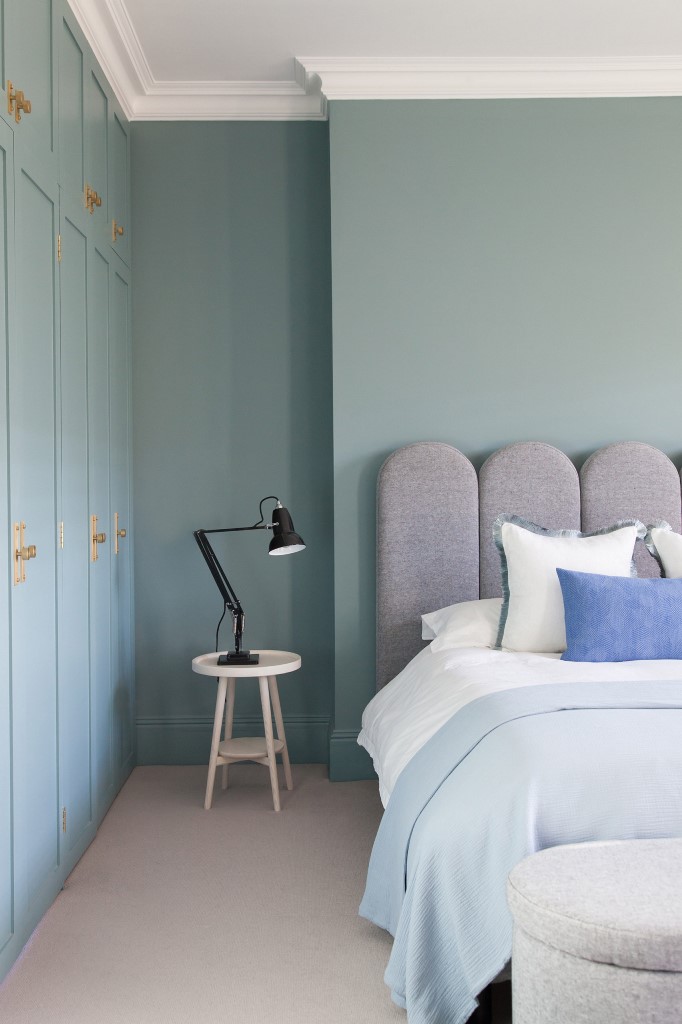 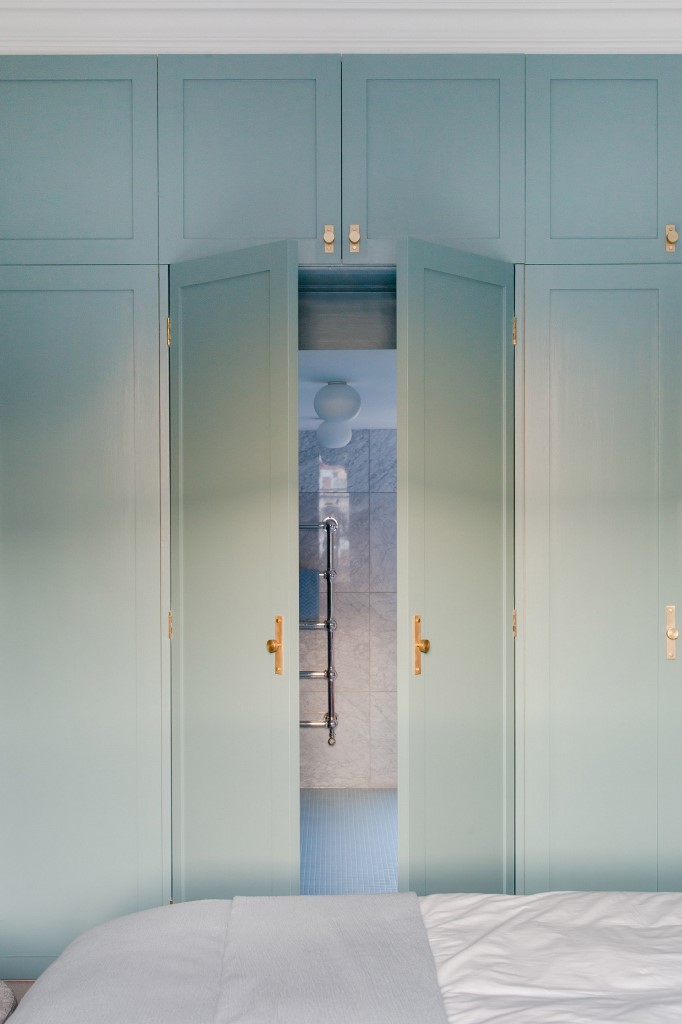 The master bathroom is hidden behind a set of the doors 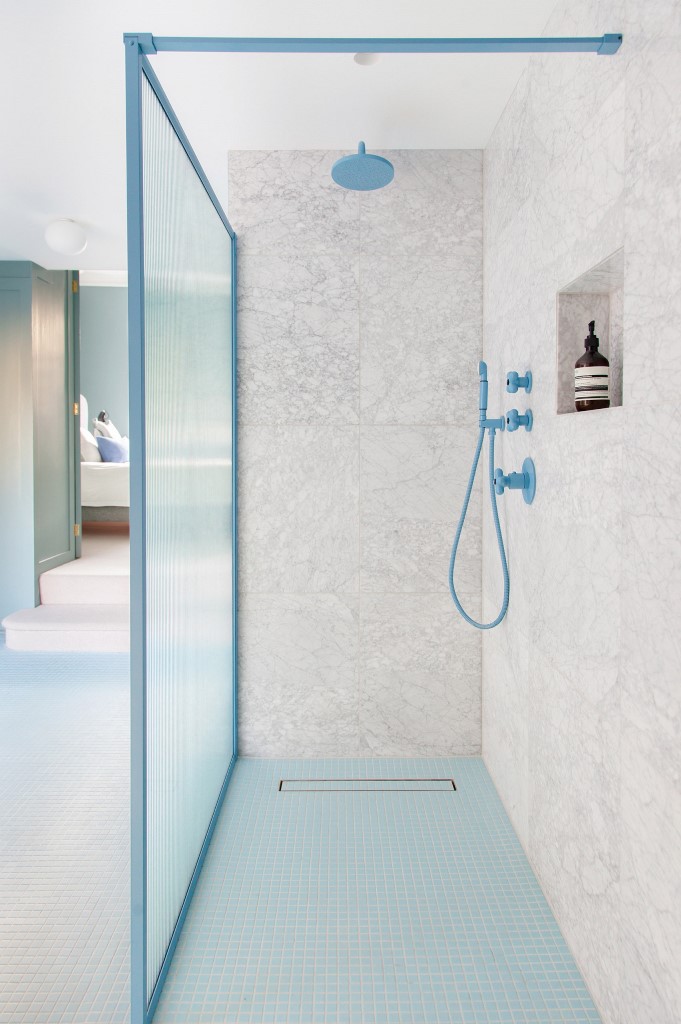 The master bathroom continues the blue palette of the master bedroom 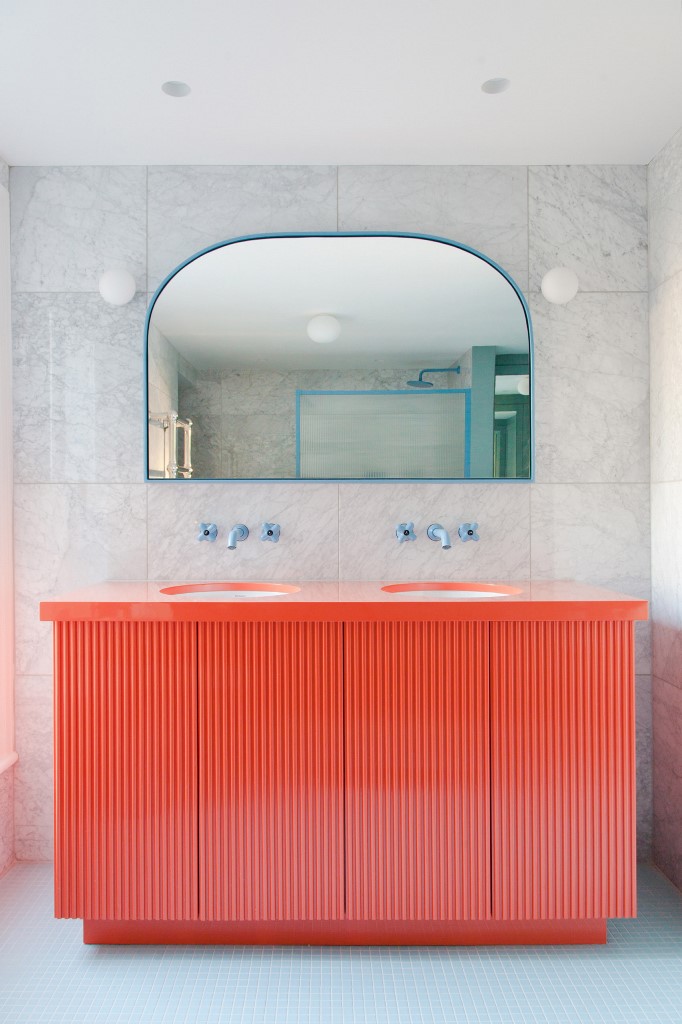 There's a red vanity and touches of blue - frames, fixtures and other details 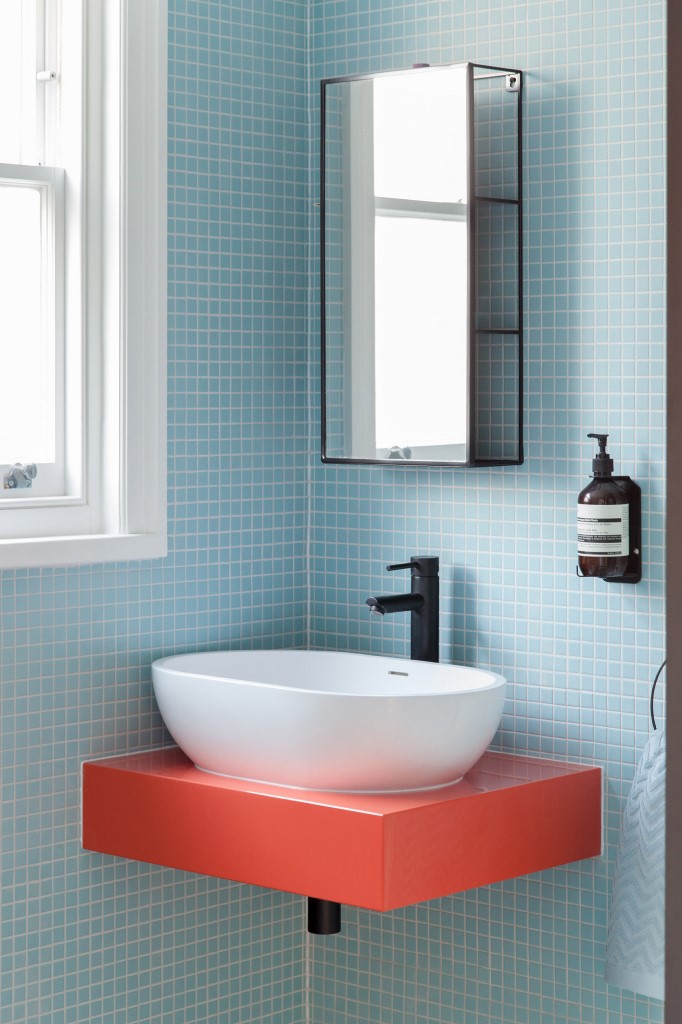