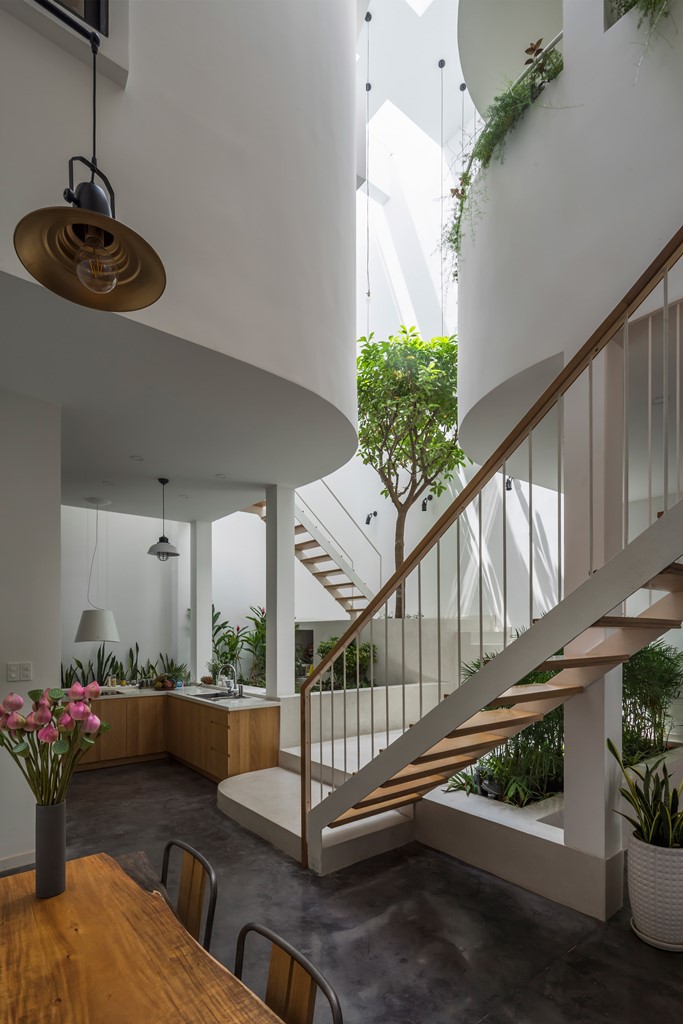 This unique house in Vietnam features a triple-height atrium, which fills the spaces with light

This Vietnamese house is called House for a Daughter, it’s located in Ho Chi Minh City and was built by Khuôn Studio. The dwelling is built around a triple-height atrium filled with plants and shaded by a perforated facade of grey brick. The whole house is split into two zones, one for a family who will frequently visit the house and another for their daughter who will live there throughout the year.

Due to the large amount of sun that hits the west-facing facade, air-bricks were chosen to provide shading and natural ventilation. Custom-made curved concrete bricks inside a square frame allude to the curved walls of the interior. From the outside it appears to be a unified house, but inside volumes with rounded edges hang within a triple-height atrium.

Some corners of the house are rounded to carve out voids that blur the boundary between the atria and enhance the juxtaposition between the two floating architectural masses. In the atrium areas for cooking and dining provide a communal area for the family to be together when they are all home. Large, square skylights above the atrium flood the interior with light, drawn indirectly into rooms through the large windows overlooking the central space.

Above the ground-level living and dining spaces, the front of the home is occupied bedrooms for the family. A bedroom and study for the family’s daughter are located towards the back of the house. A series of living and office spaces are also provided at the front of the house, along with an external terrace at second floor-level. Finishes of wood and stone in the living areas contrast the crisp white forms of the house’s walls. To illuminate the home at night, lightbulbs hang from the top of the atrium down into the communal areas. The terraces overlook the street below through a series of curved wall sections that form the facade. 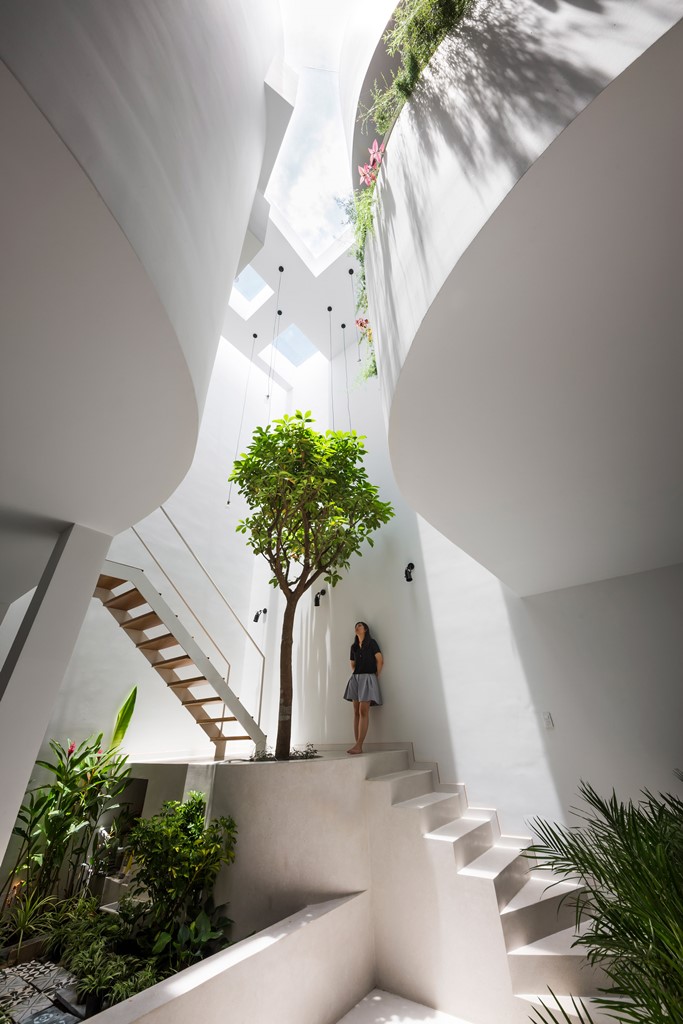 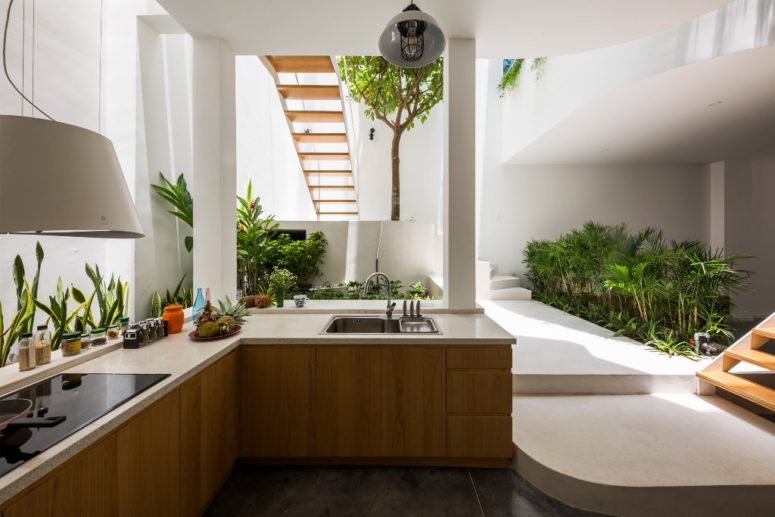 The kitchen is done with sleek cabinets, white stone countertops and greenery all along 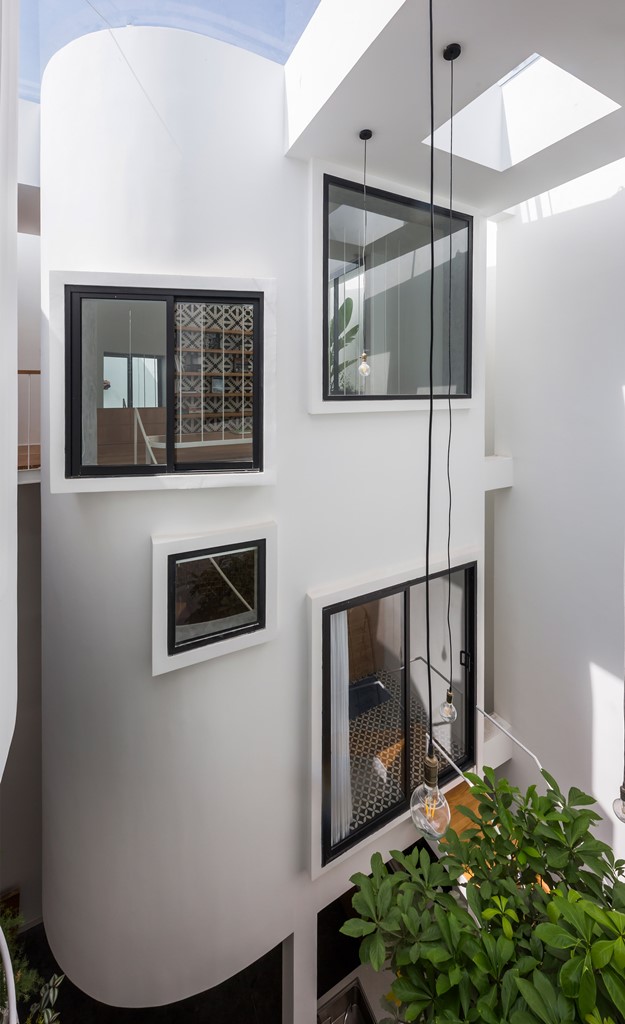 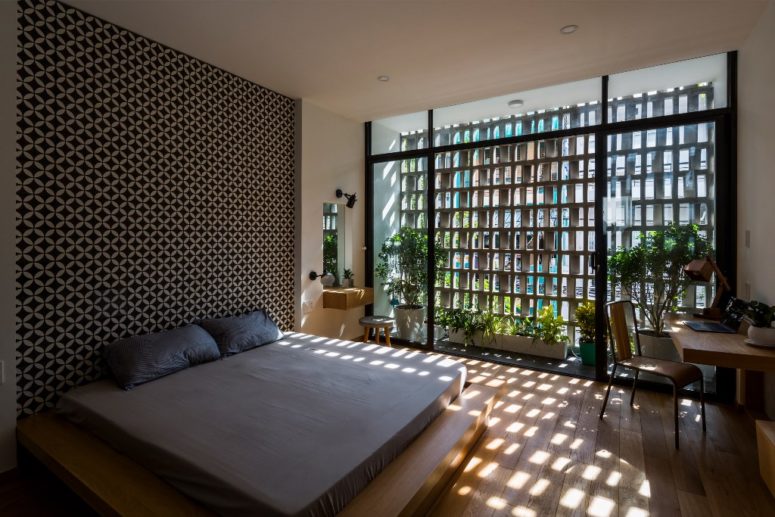 The bedroom features a printed wall, a platform bed and shades on the window plus much greenery 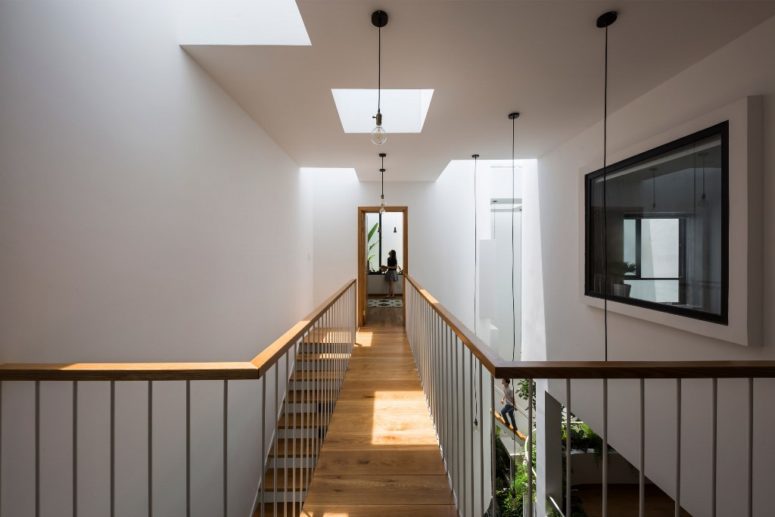