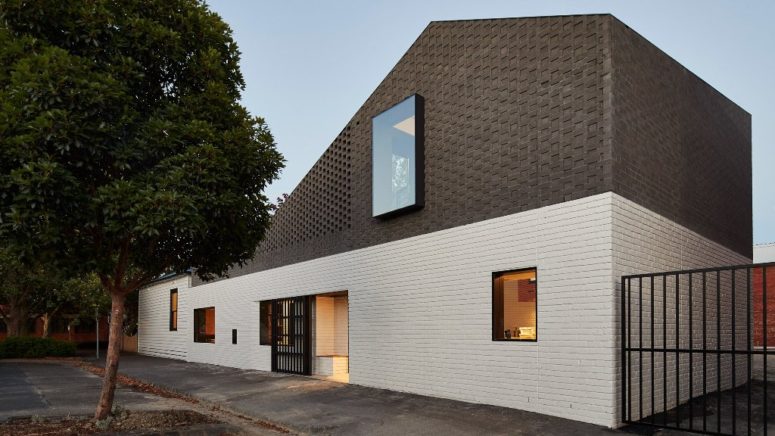 Australian studio Make Architecture has added a brick extension to a Victorian cottage in Melbourne that bounds the street on one side and curves around a secluded courtyard on the other. The building aims to balance this industrial aesthetic with references to its residential use, which is achieved through the inclusion of the pitched roof and the positioning of openings in the facade.

The upper level is formed from black-painted brick laid in a pattern that gradually opens up to create a perforated screen lining a rooftop terrace. Brick was used to enhance the connection between the building and its surroundings, with the black upper surface in particular referencing the area’s industrial heritage.

Internally, the new living areas all look out onto the sheltered inner courtyard, enhancing the sense of privacy within these spaces. The décor style is modern with touches of mid-century modern, with lots of natural wood in décor and some colorful touches. Most of spaces are done in white to fill them with natural light even more. There’s a corridor that ties the volumes and functions as a reading nook, it’s fully opened to the terrace.

The decked garden is accessed from the stairs that ascend from the kitchen to the new main bedroom. It contains potted plants and offers views of the canopies of surrounding mature trees, as well as down into the courtyard through the perforated brick. There’s also a small outdoor pool covered with white brick – to fascinate the kids. 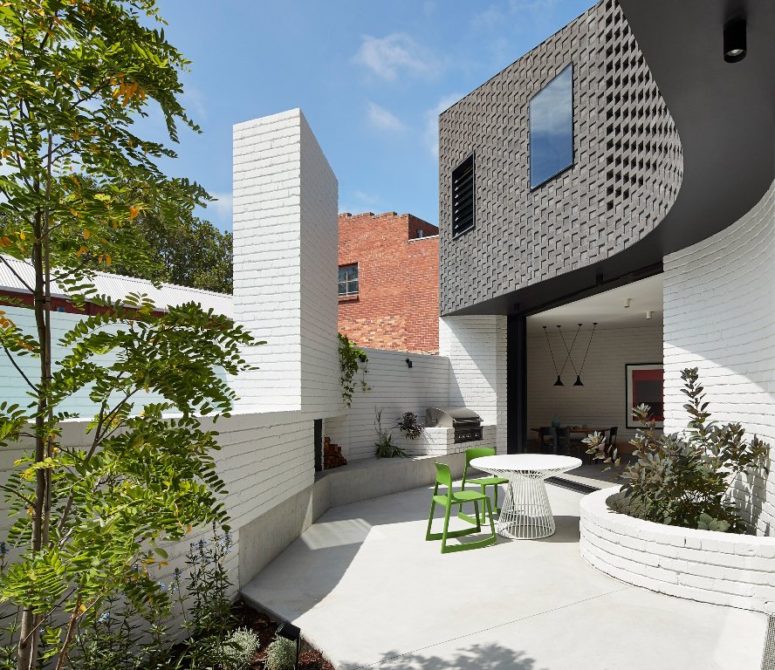 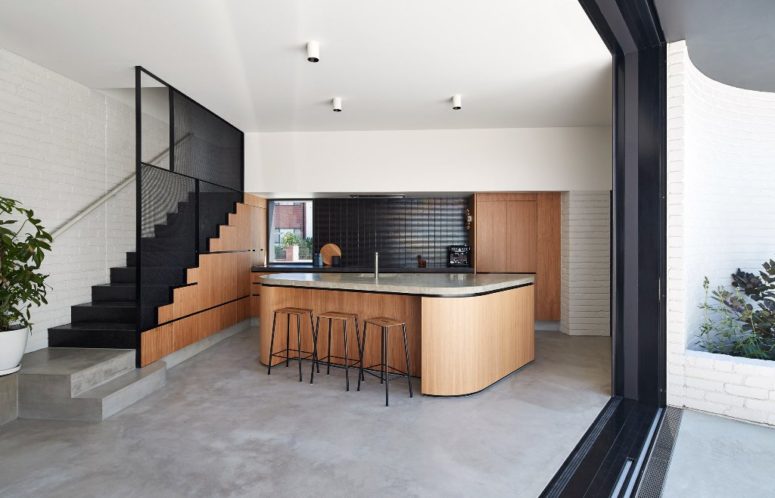 The inner decor is somewhat a blend of modern and mid-century modern aesthetics, in white, black and natural wood 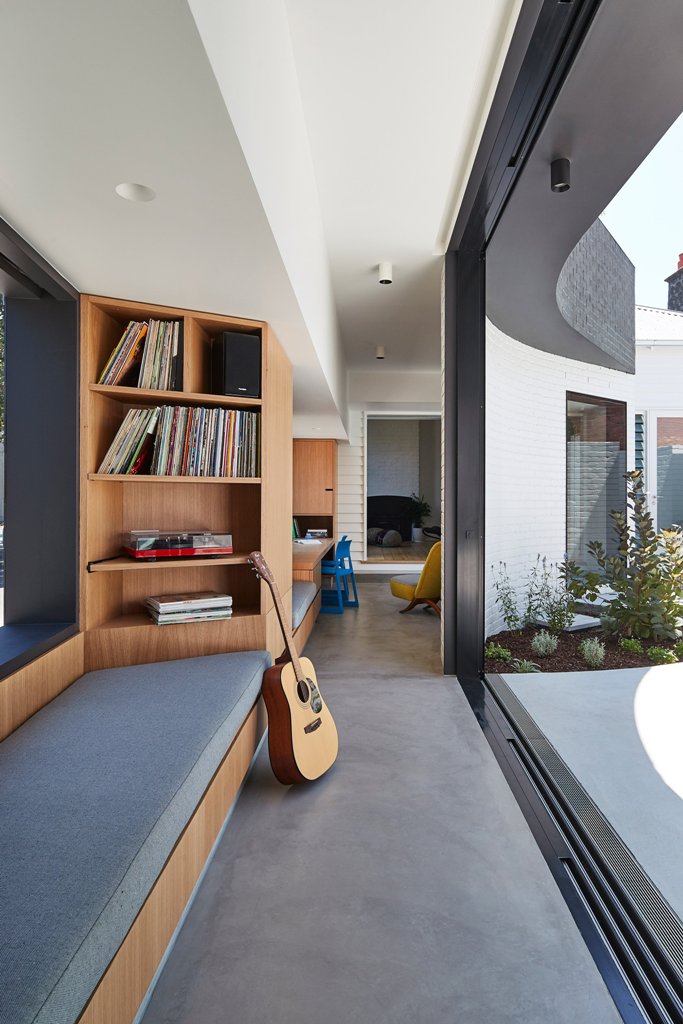 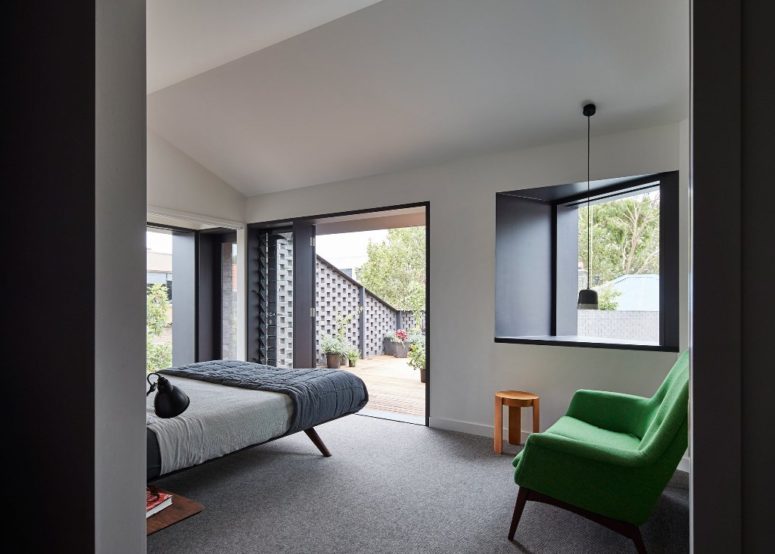 The bedroom is done in black and white, it's fully opened to outdoors with doors and windows and there's a bold green chair for a statement 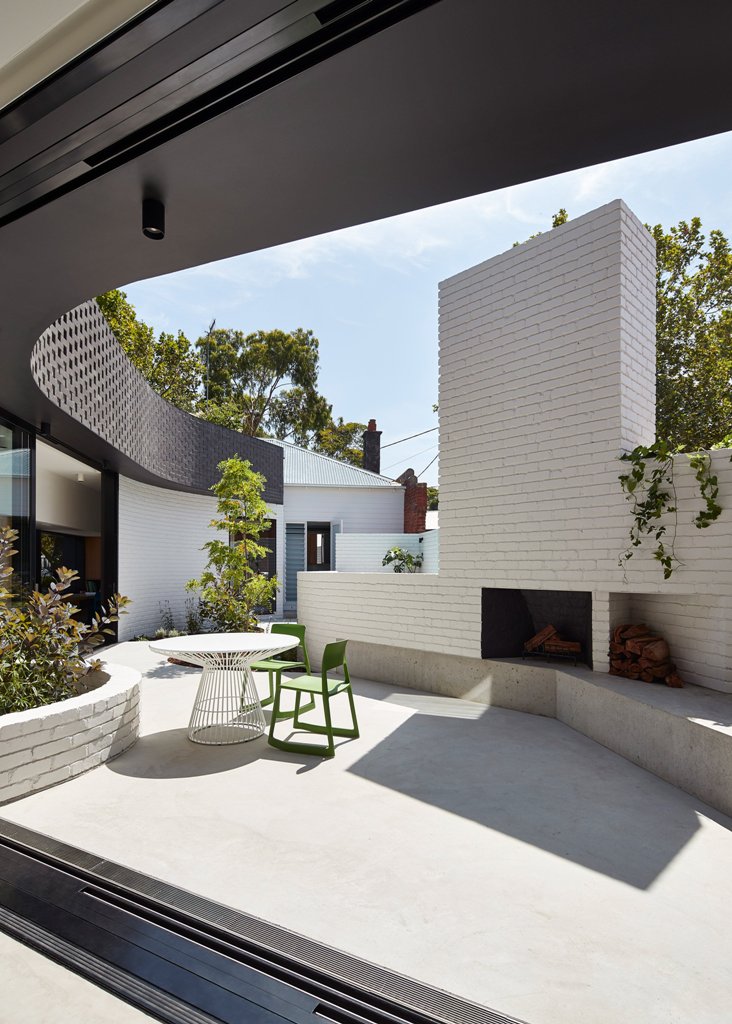 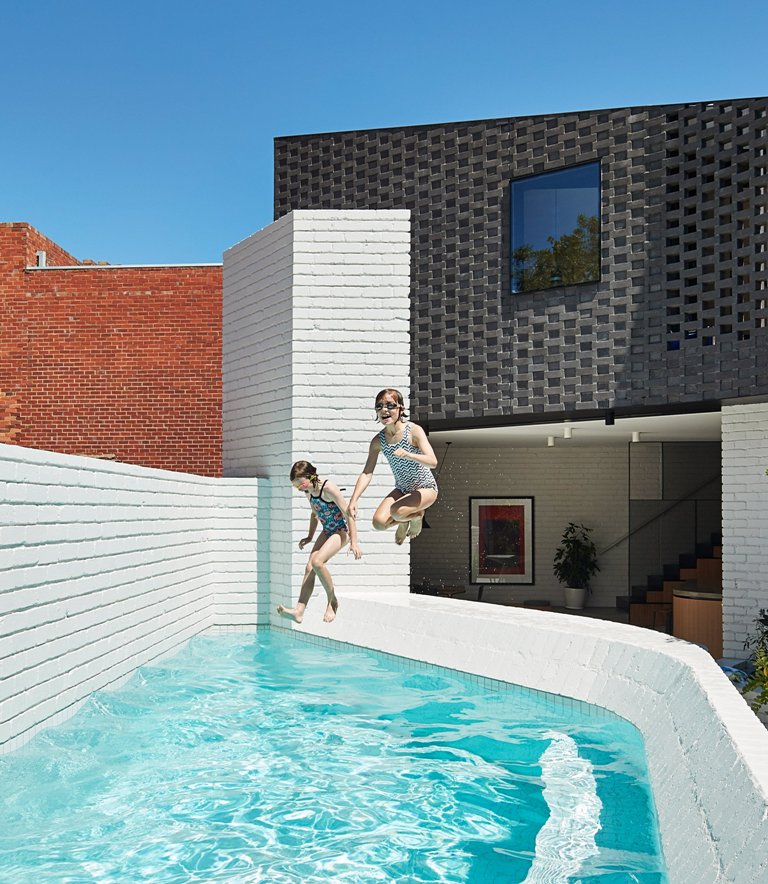 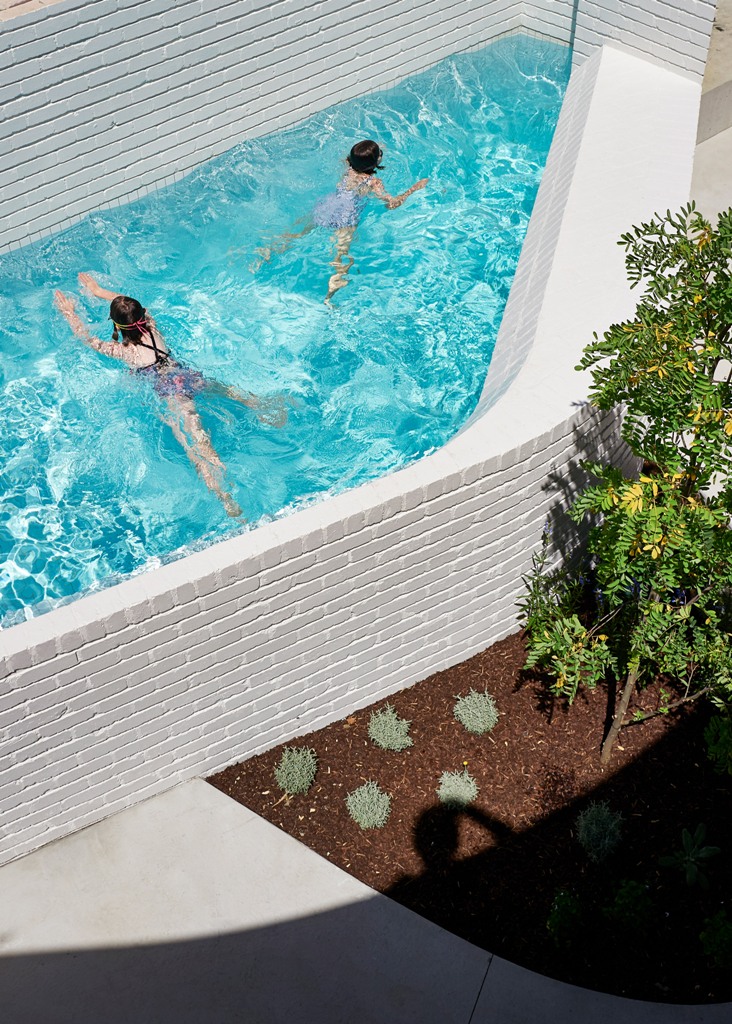