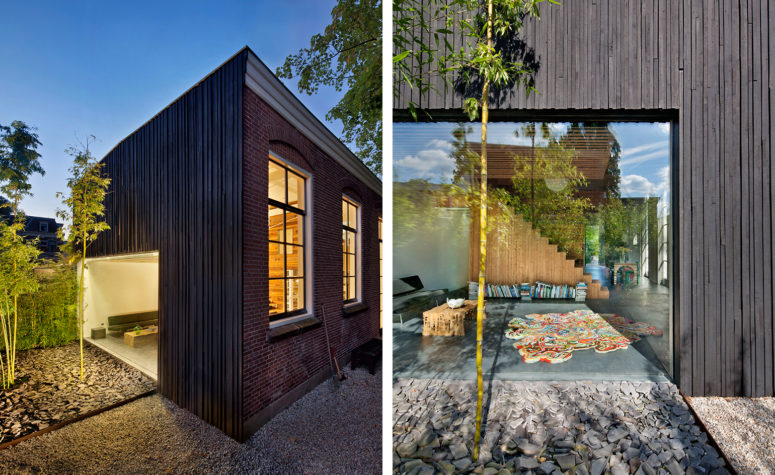 Dutch architect and designer Rolf Bruggink’s latest project, House of Rolf, is a renovated 19th century coach house with a modern interior made entirely out of reconstituted materials from a separate building on the same piece of land.

The former coach house, originally built in 1895 in the back garden of a wealthy aristocrat’s home located in the stately Maliebaan district of Utrecht, had a 200 sq m wooden outbuilding added to the property in the 1950’s. This building, demolished by Bruggink after buying the property in 2011, provided the recovered materials used in the construction of a new sculptural and functional structure, which forms the beating heart of the 50 sq m coach house. The result is a construction of architectural shapes that are rich and unusual in their diversity of texture and matter.

The finished house is a stunning example of making the most of limited space. The interior is divided into three zones. The first zone is left completely empty so that the original coach house can be fully experienced. The middle zone contains a structure that stands completely free from the coach house shell so that one can easily look beyond it from the entrance. This second zone houses the kitchen, bedroom, toilet, shower, bathroom and office. By positioning this sculptural structure in the middle of the house a front, middle and back division is created. This functional object thus simultaneously divides as well as connects the space.

In the third zone a second structure is located which together with the structure in the middle zone, form House of Rolf’s sculptural living space. On the back wall a new large format panorama window has been cut out of the shell of the coach house allowing light to flood into the space. This is the only intervention made in the original shell of the building. 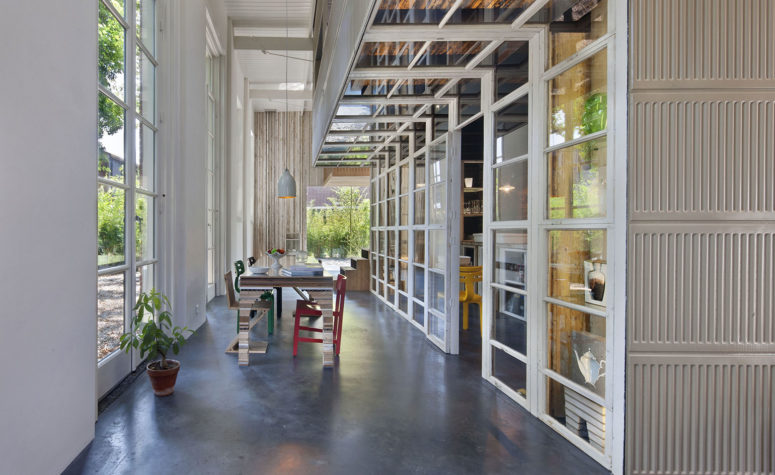 The interior is divided into three zones, which house different rooms and have different functions 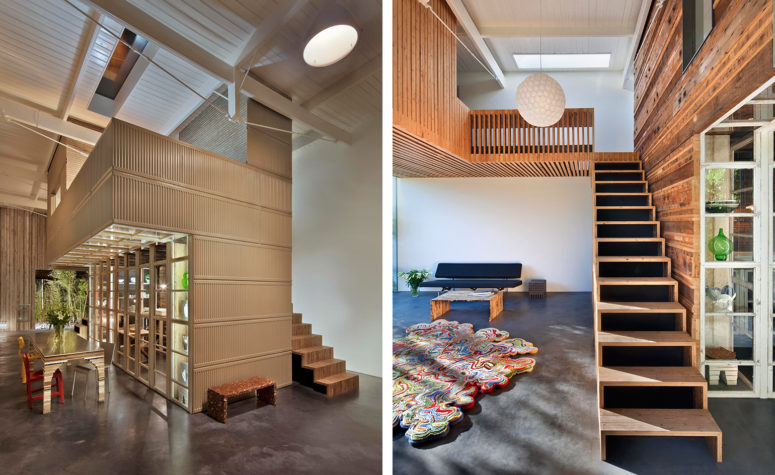 The interiors are really sculptural ones, which gives special look to the decor 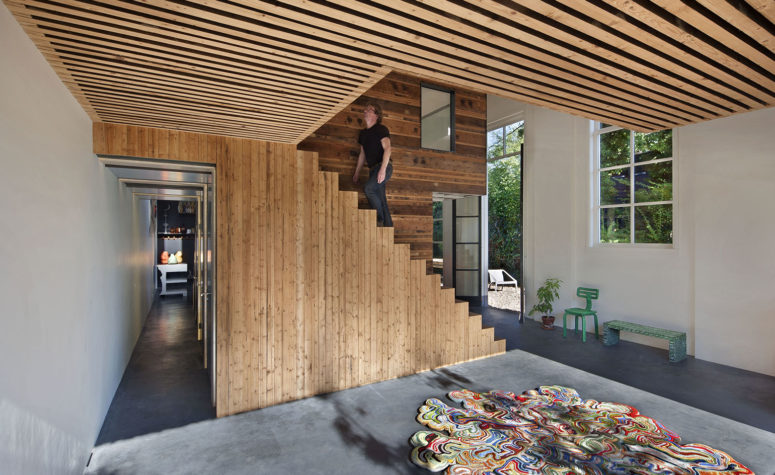 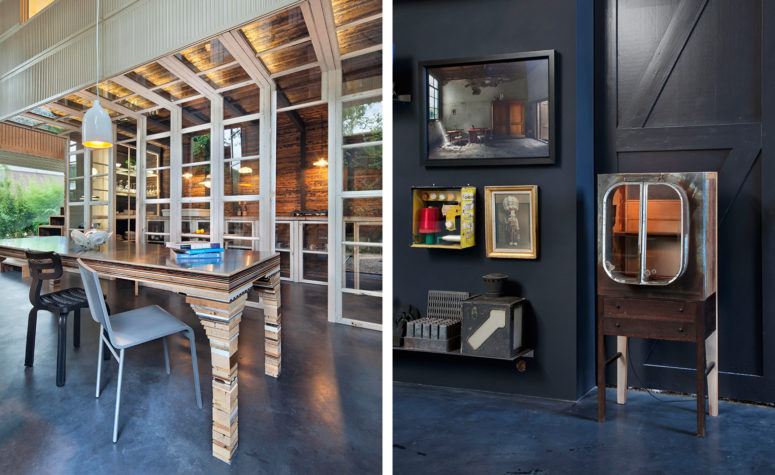 Most of furniture was created specially for this home, to accentuate it at its best 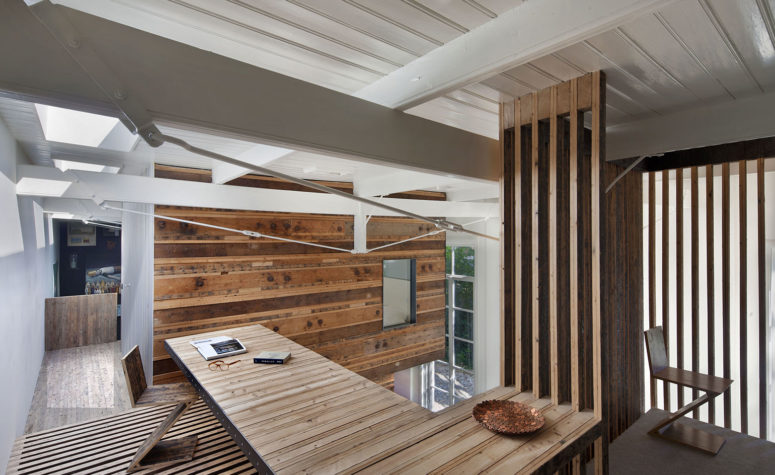 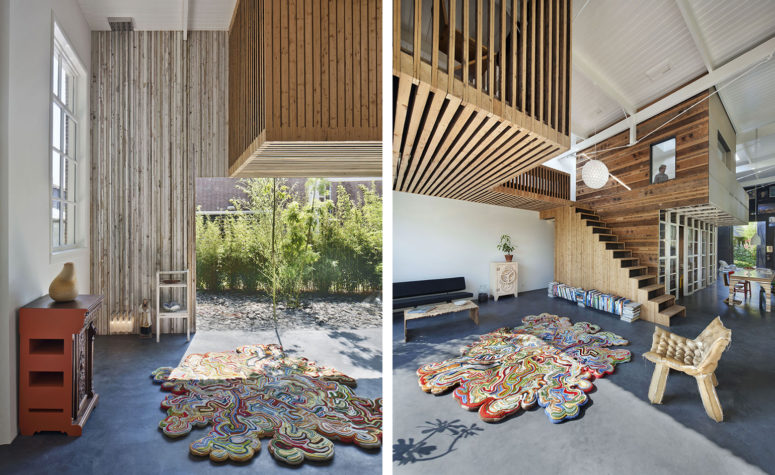 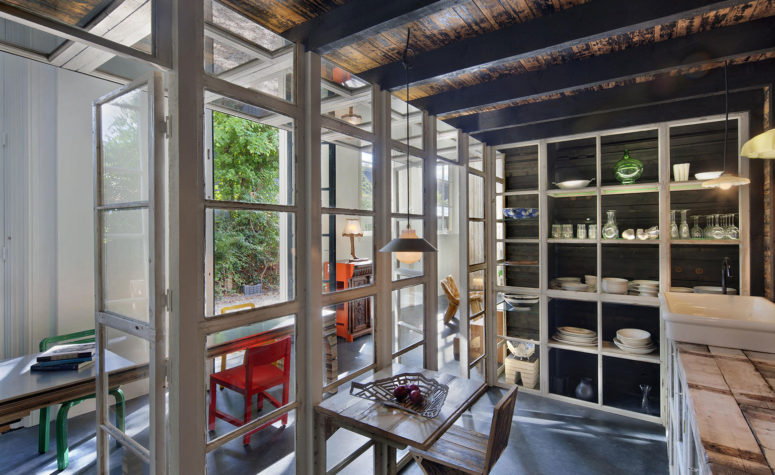