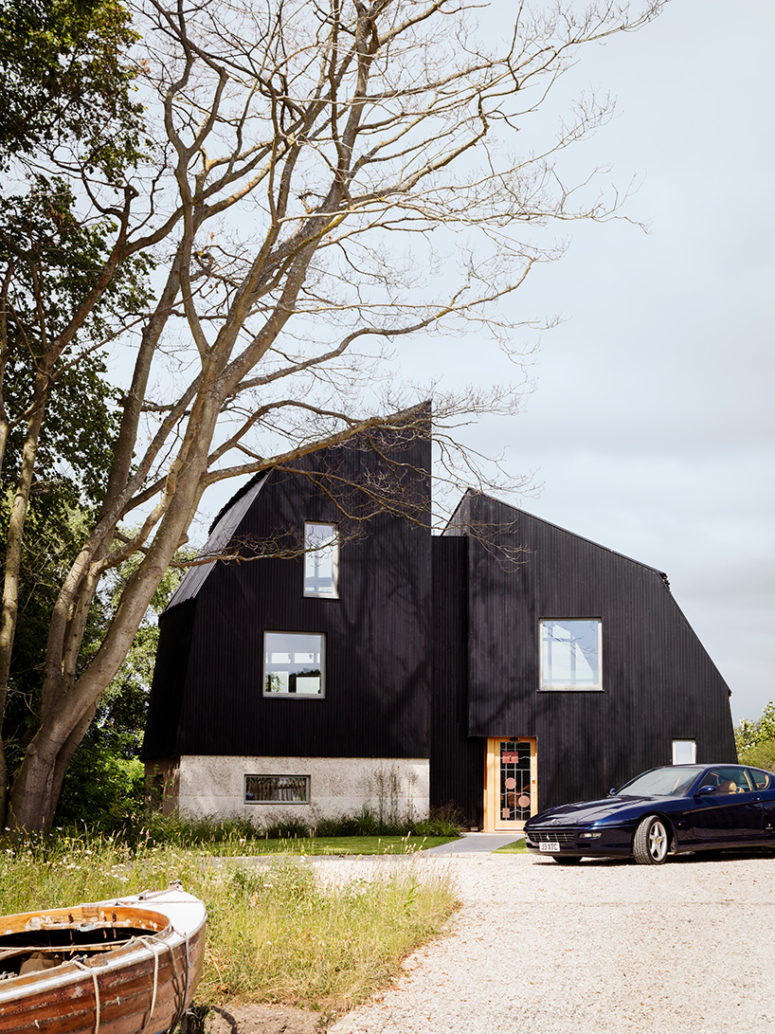 This unusually shaped house is called Houseboat, it's located in southern England not far from the sea

Cambridge-based firm Mole Architects has completed the Houseboat; located in southern England, overlooking Poole harbor, the dwelling is based upon a staggered section with a half-basement. This configuration allows for an open staircase, which in turn connects a series of interconnected volumes, rather than individual rooms. Its unique shape is seen from a long distance and catches an eye.

The solid base is made from roughcast concrete, and contains the bedrooms, tightly packed as in the hold of a ship. The interior layout is unconventional: there’s a soaring volume with living spaces perched within the two curved spaces. The master bedroom sits on the entrance level, with further rooms a half-level down. The wide use of timber inside makes the spaces cozier and comfier, which is always great, and I also like the touches of sea-inspired decor – boats and shades of blue here and there. The hallway looks up to the light, and to the three-storey arch of concrete that holds up the house. Ascending from below the Plimsoll line, the living and dining areas are lofty and open, with a feeling of being ‘on deck’.

Accessed through the trees, mole architects’ curved design disguises the house’s relatively large scale. Externally, black-stained timber larch boards sit above an exposed concrete base, while similar materials are also found inside the residence. The property was conceived as two upturned hulls propped together, an unusual form that lends the scheme its Houseboat name. Structurally, Douglas fir ribs are propped against a concrete frame that extends up from the solid base. In turn, these ribs support curved prefabricated panels that form the external walls. Meanwhile, a glazed west screen is oriented to offer views of the sea. 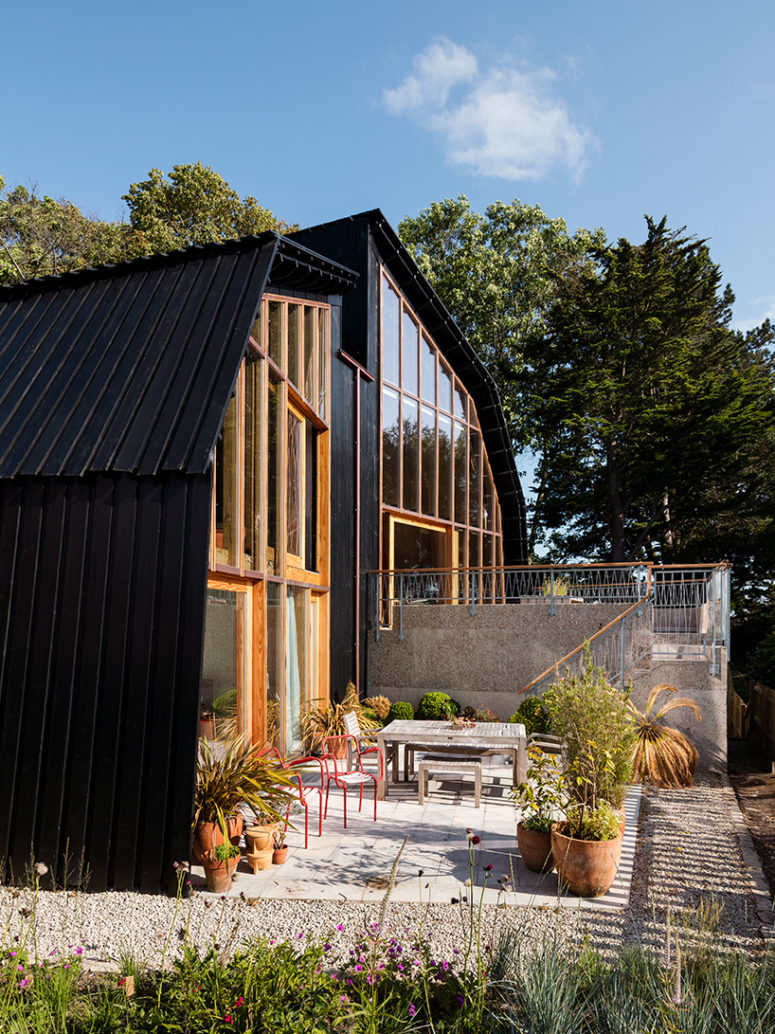 Black-stained timber larch boards sit above an exposed concrete base 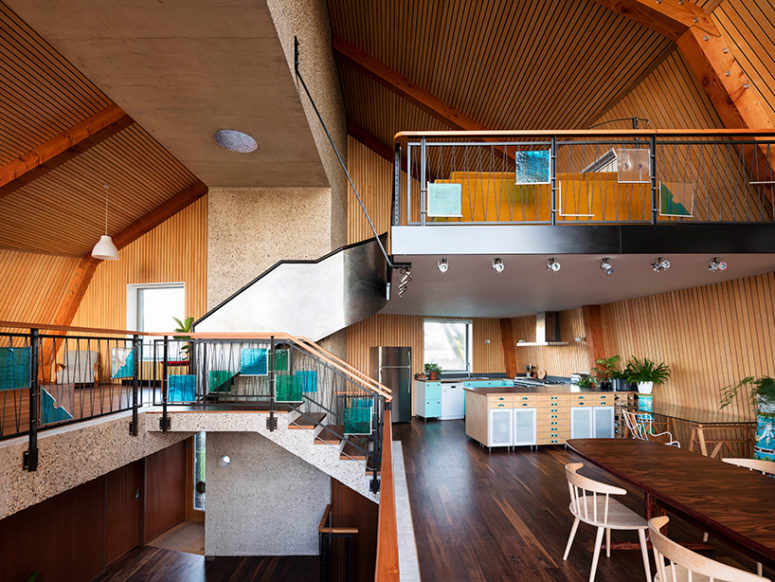 The layout is unique, with a half-basement and half-levels throughout the space 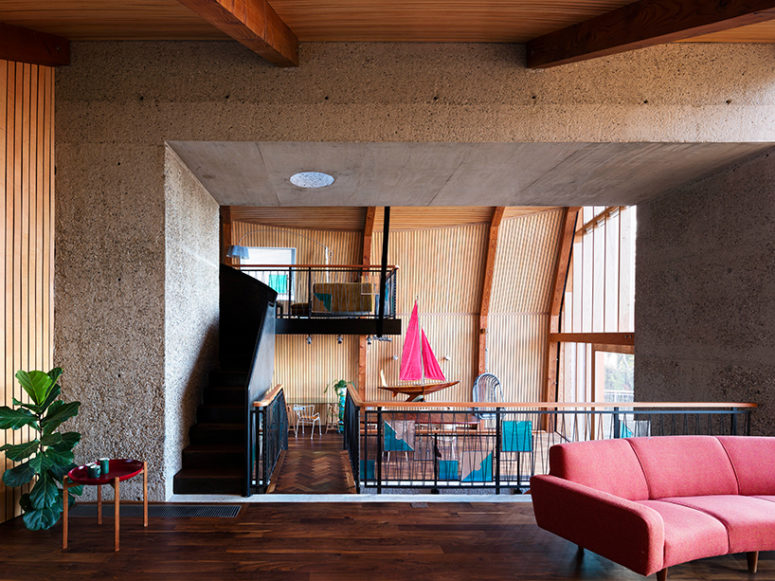 There are many sea-inspired touches like a boat, blue glass staircase decor and blue shades on the whole 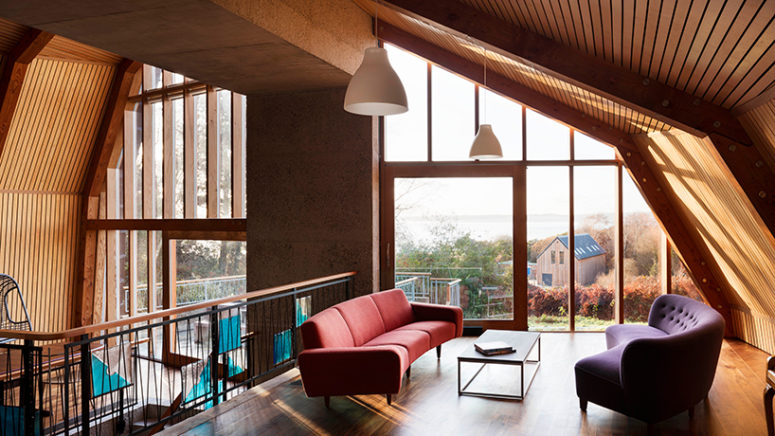 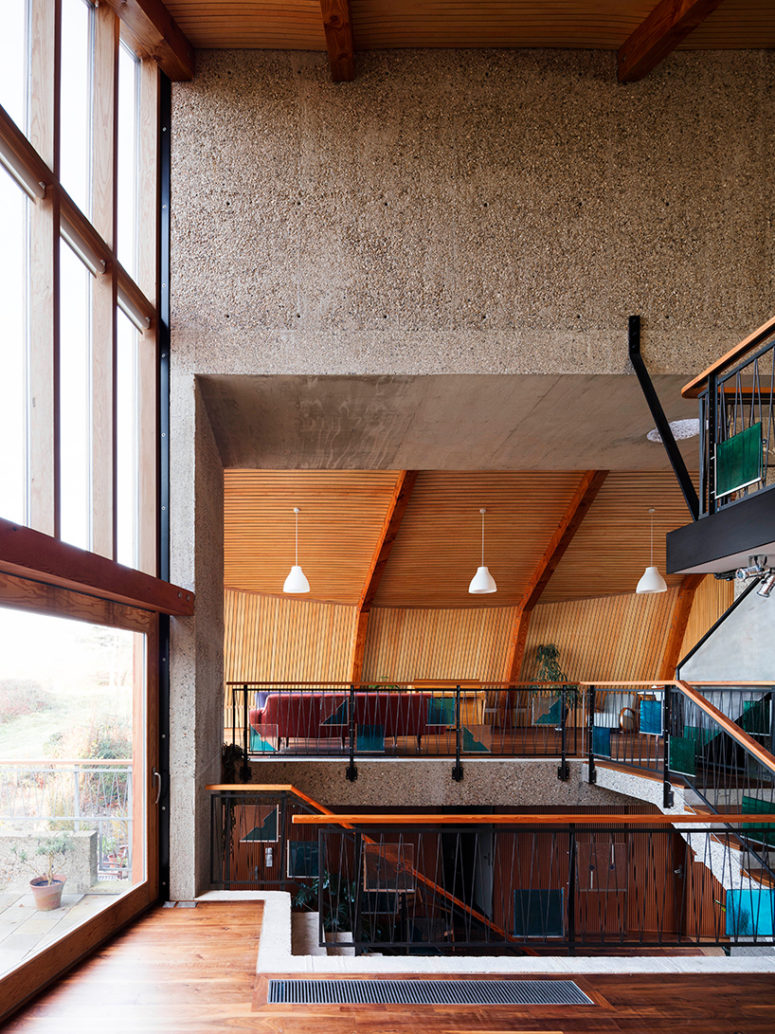 The house overlooks a harbor, so windows offer amazing views to the owners 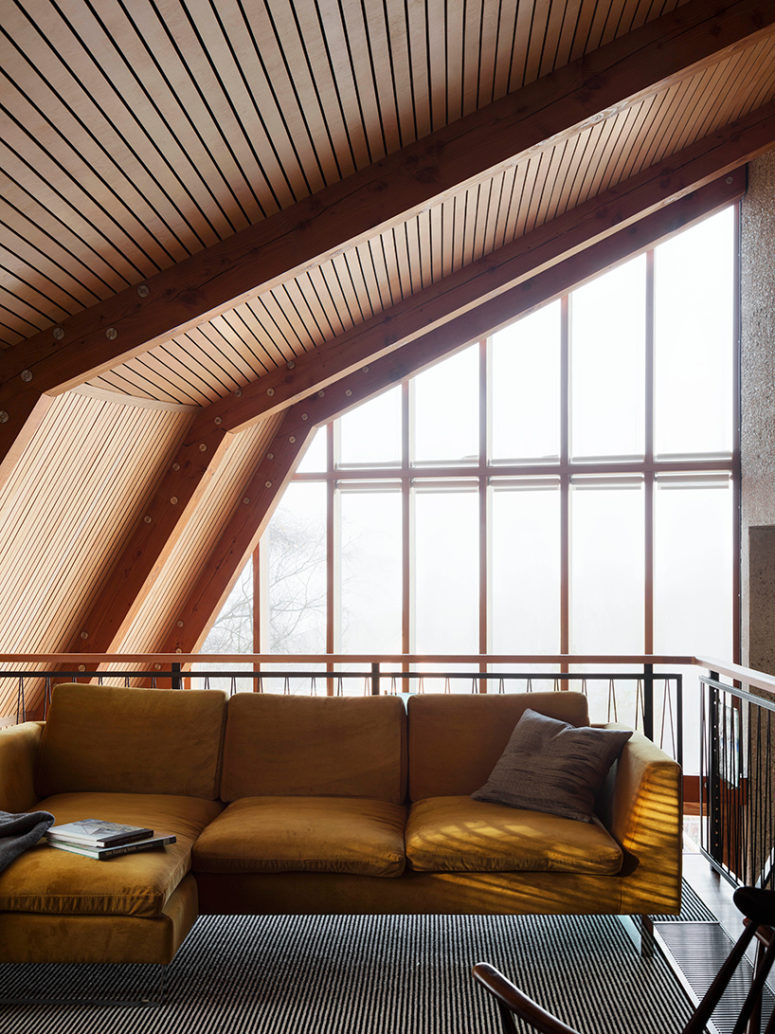 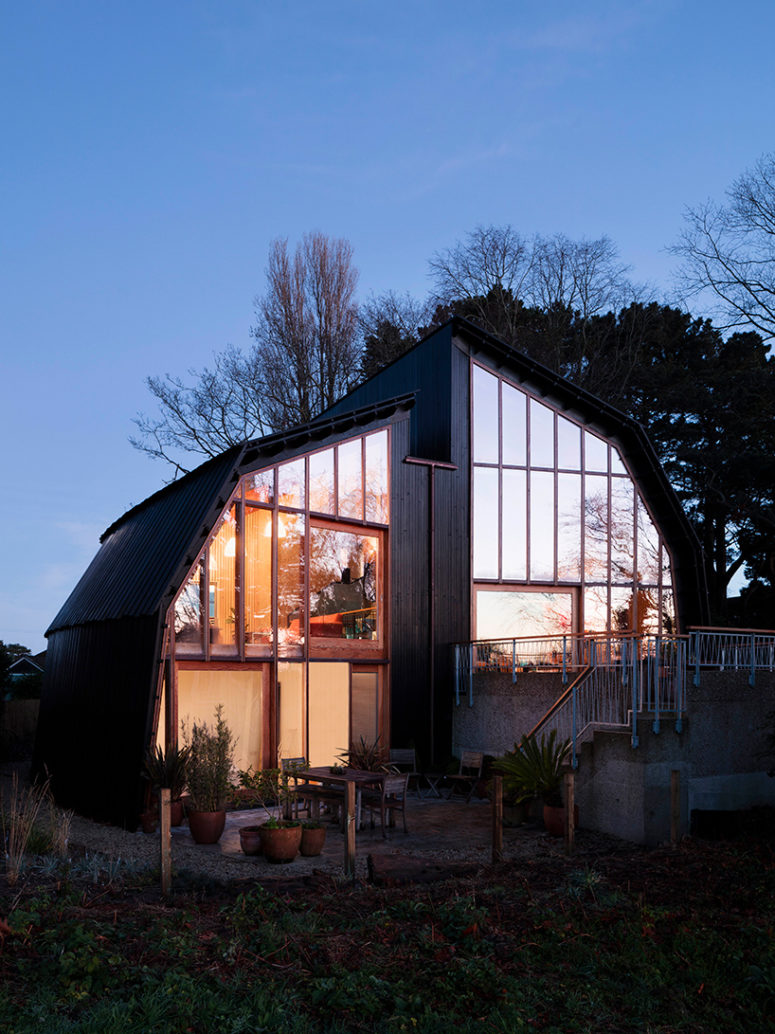 This is how the poperty looks at night, I totally love the lines and glazings that offer sea views