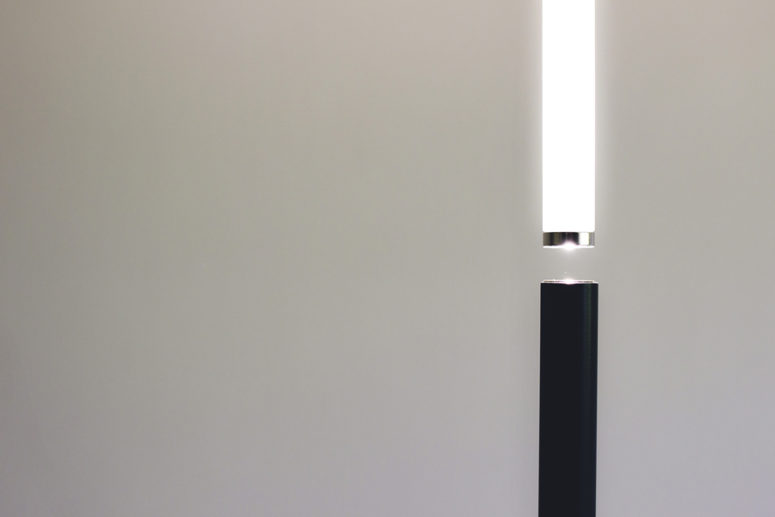 Equilibrio lamp shows gravity and attraction and symbolizes darkness and lights, it's a very meaningful piece

Today we are sharing a very modern, even minimalist, and very meaningful piece at the same time. Turin-based Olivelab studio presents the EQUILIBRIO lamp, designed based on two forces: gravity and magnetic attraction. Its fresh and modern design in black and white symbolizes light and darkness.

The lamp consists of two symmetric tubes with magnetic rings at each of their ends. The first tube is made of anodized aluminium with LEDs, while the second is a sanded plexiglass light diffuser. When the two ends are close, the magnetic force is strong enough to challenge gravity – letting the lamp magically float in the air, in a constant state of equilibrium.

Thanks to its design, EQUILIBRIO can have a more diffused light when the two ends of the lamp are perfectly aligned, allowing the light to spread from bottom to top part. Breaking the balance by taking the lower part, the light can be used as a direct source to point in any direction. With the same concept, Olivelab creates the desk version, and the wall: a light that can be used as a divisor in homes and working spaces. 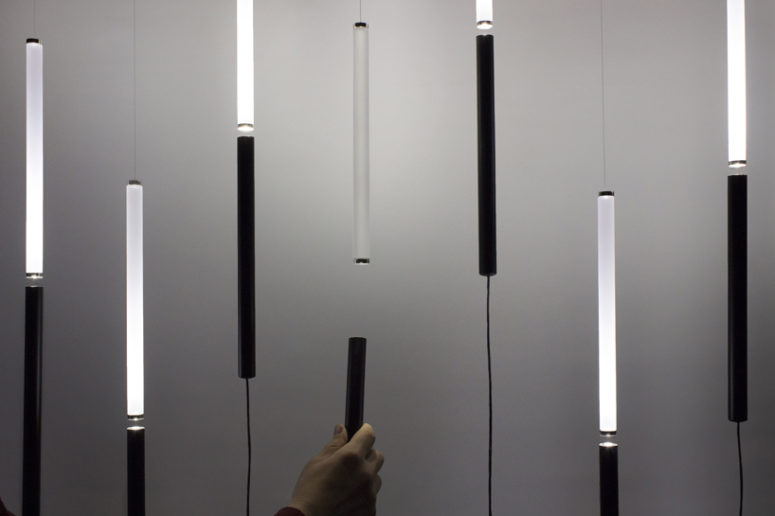 The first part is made of anodized aluminum and the second is made of glass, it's a light diffuser 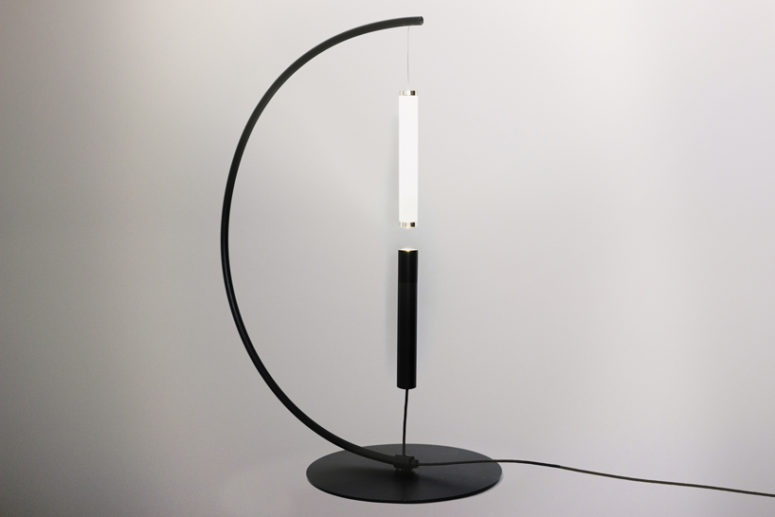 There's a gorgeous table version, which looks super modern and fresh with its curved detail 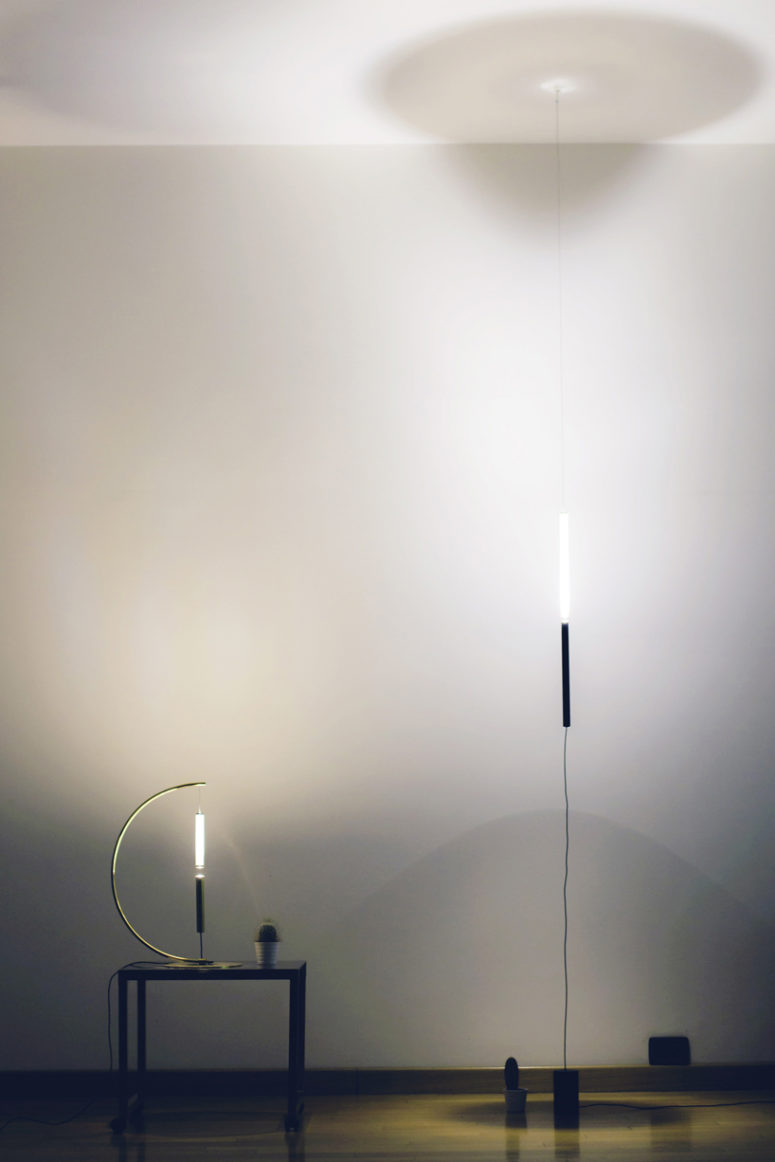 There's also a wall version, and the lamps are available with metallic gold detailing