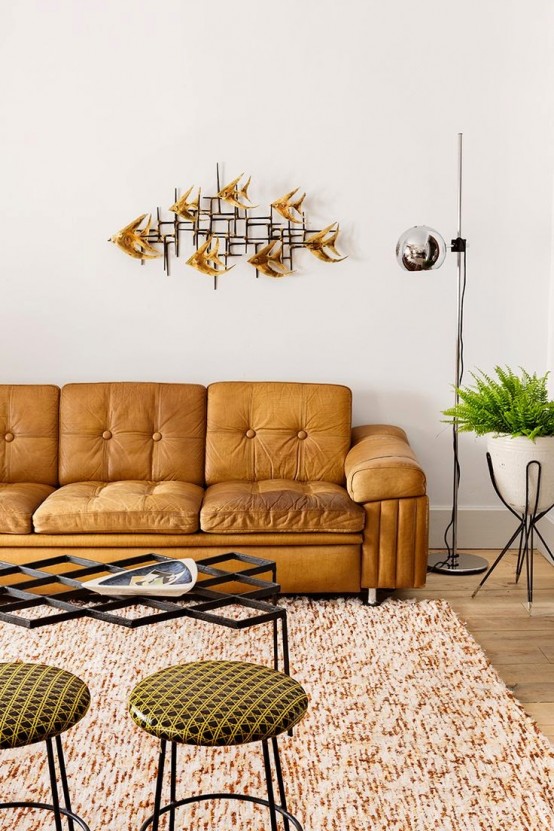 Light-filled and airy, this Madrid apartment in an 1809 building is actually a lot smaller than it looks. Last renovated in the early 1970s, owner and mid-century design fan Fernando Garcia called his longtime friend, interior designer Erico Navaso, for help in organizing the layout of his new home. Poky interior walls were removed, the original shutters for the windows were found and reinstalled and the yellowed pine floorboards were softened with bleach. Throughout, Fernando’s ever changing collection of 50s design can be seen, its elegant lines a perfect contrast to the renovated space. The apartment became very stylish and elegant, bravo, designers! 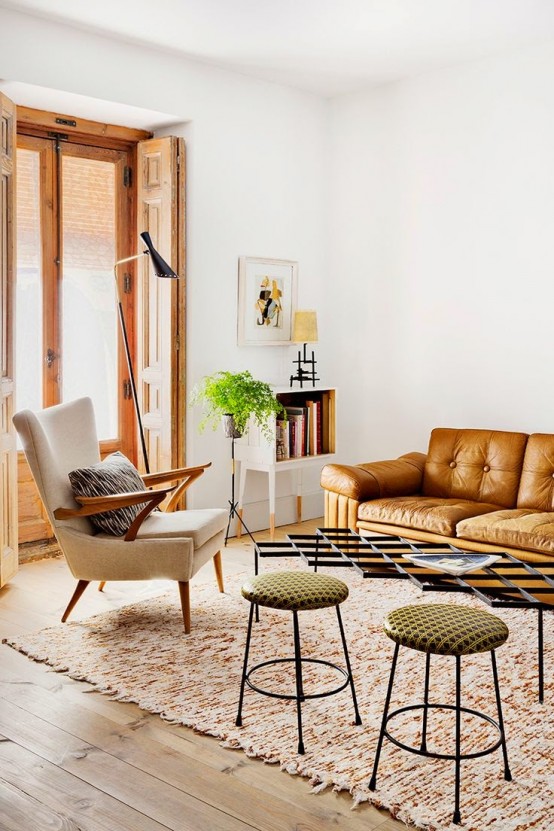 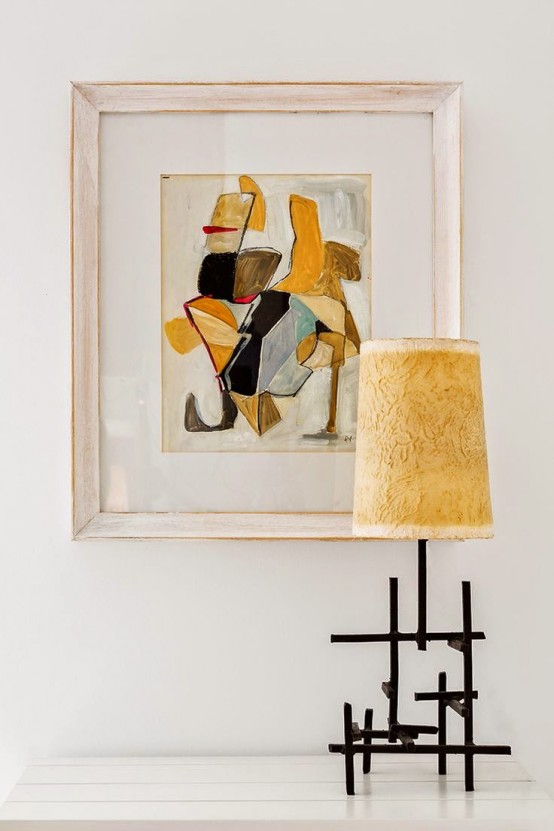 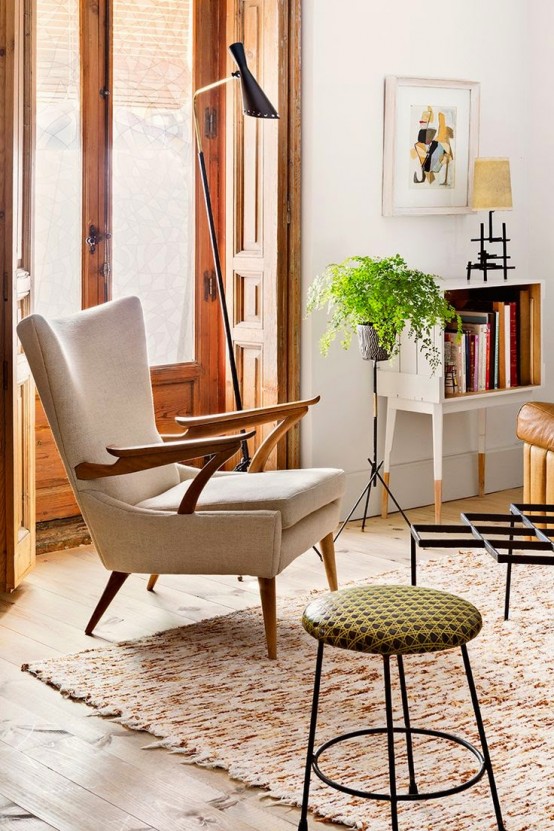 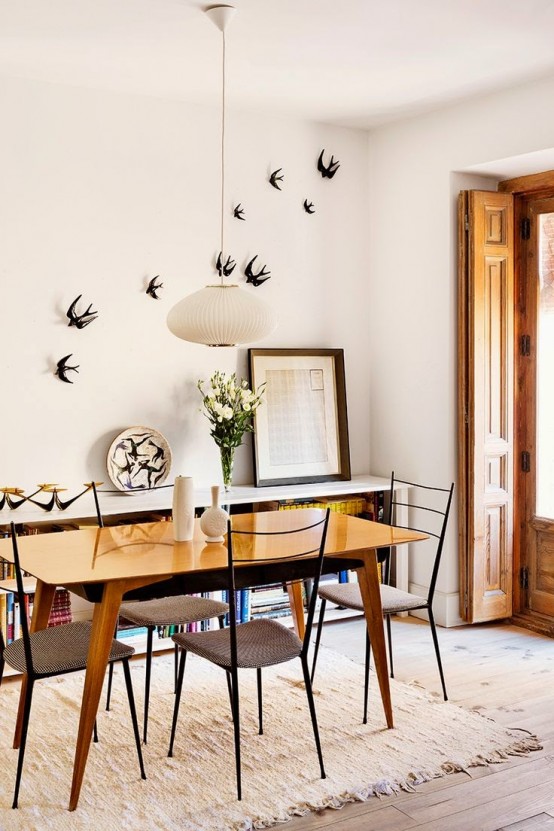 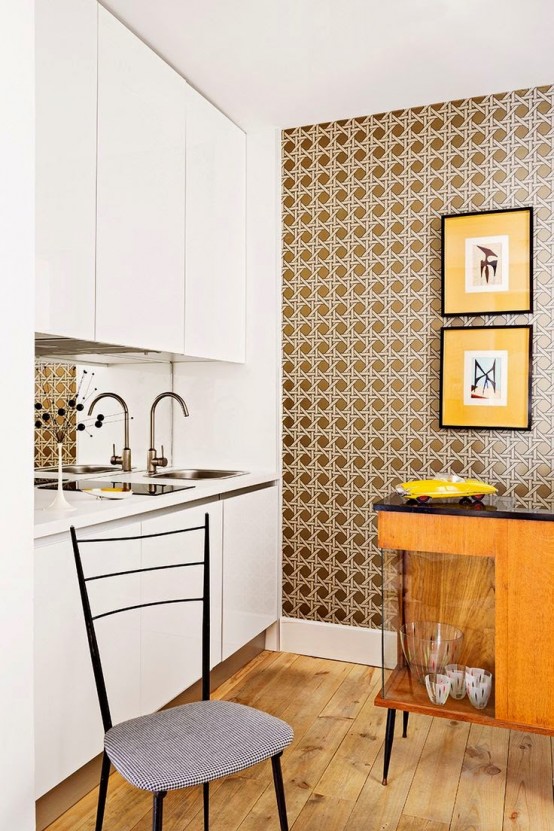 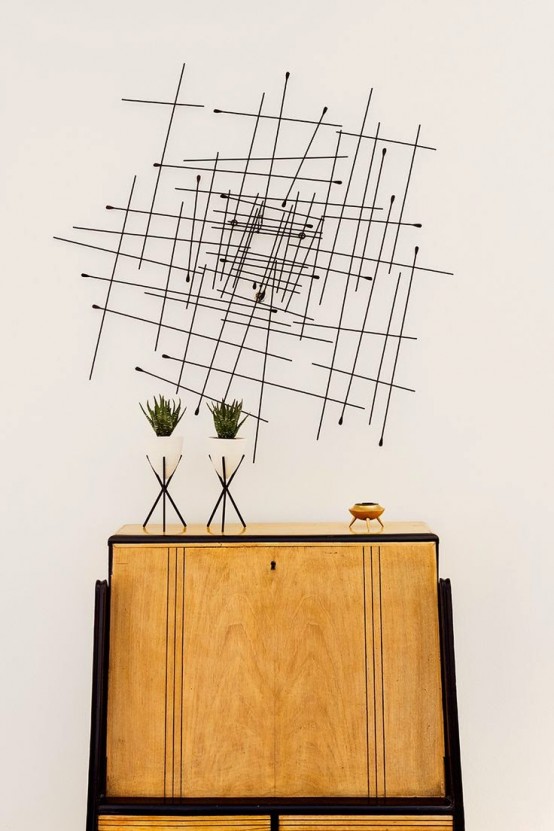 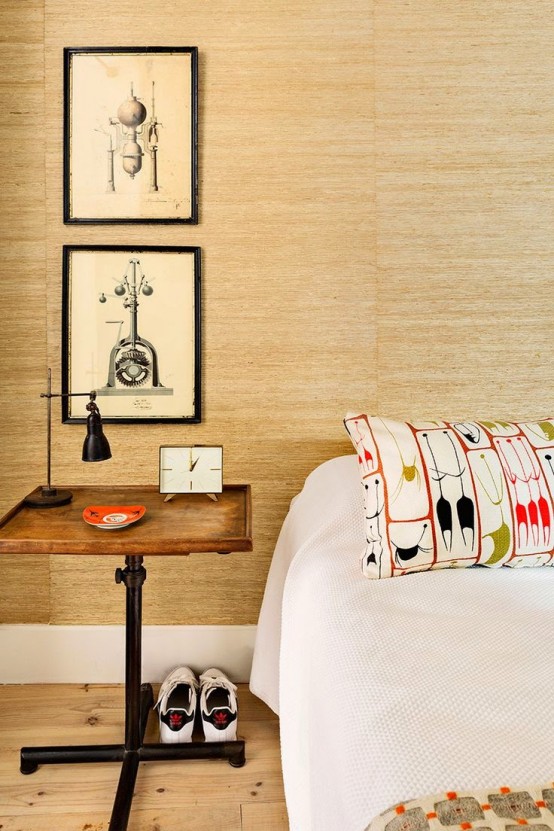