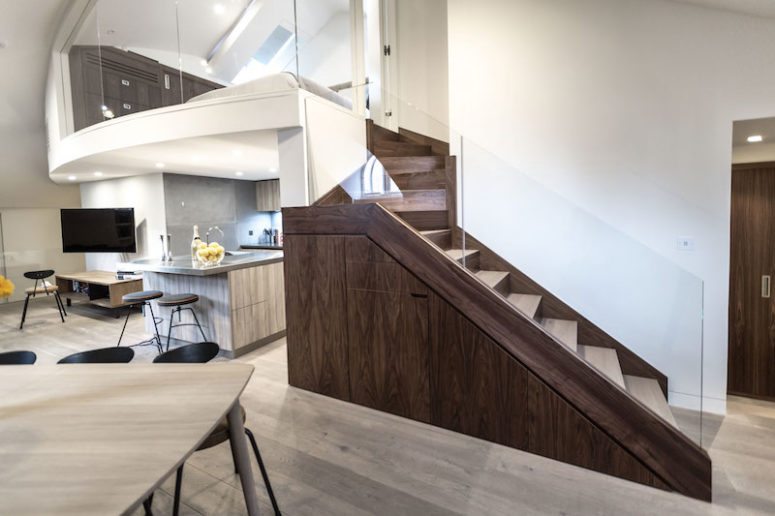 This luxury modern penthouse is placed inside an orthodox church

The architecture studio responsible for this beautiful interior design is composed of specialists in various domains, all working together to improve the lives of their clients by reorganizing and optimizing the spaces they live in every day.

The apartment is situated close to the Beatles crossing as well as the Reagents Park. This puts it in a desirable location close to important landmarks and also gives it beautiful views. Given the history of the building, the space has an unusual shape, being semi-circular and having access to two towers.

This unusual shape of the living space made it difficult for the designers to decorate and organize the apartment. Initially, the apartment was divided by numerous doors and partitions. These were removed and an open floor plan was created. It includes the living space, the kitchen and the dining area.

After clearing the space and joining all the small partitions into one big room, the designers also revealed the charm of the unusual form and curved walls. There was also one other feature that the designers took advantage of.

The apartment had high ceilings and this allowed the team to give it a mezzanine level. Up here the master bedroom was placed. It sits above the kitchen on a curved steel platform. Even though most mezzanine bedrooms are small and a bit uncomfortable, that’s not the case here.

Because the apartment had high ceilings, the designers were able to squeeze in a full bedroom up here. It has a pitched roof and enough room for a double bed, a wardrobe with lots of storage inside and ceiling panels designed to integrate two skylights and to make the space feel cozy. 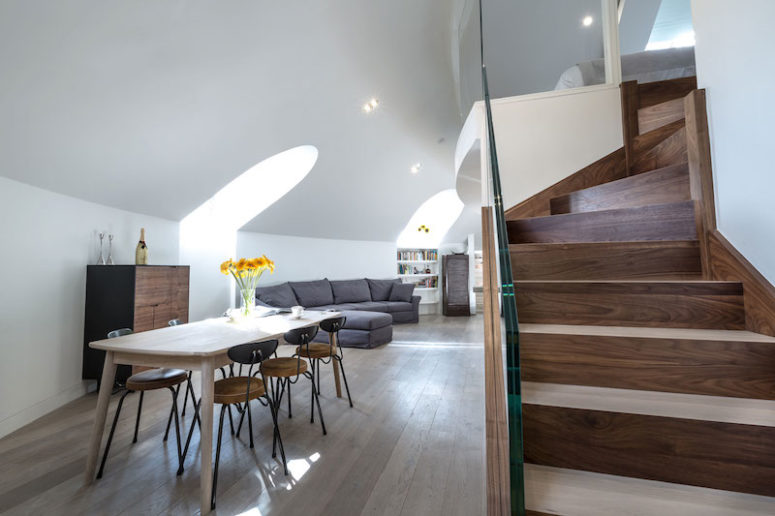 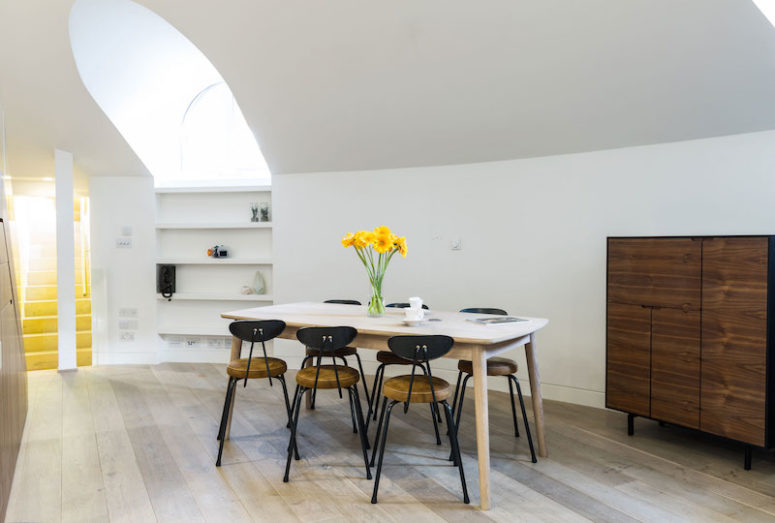 The dining area is light colored, the floor is done in various shades of grey 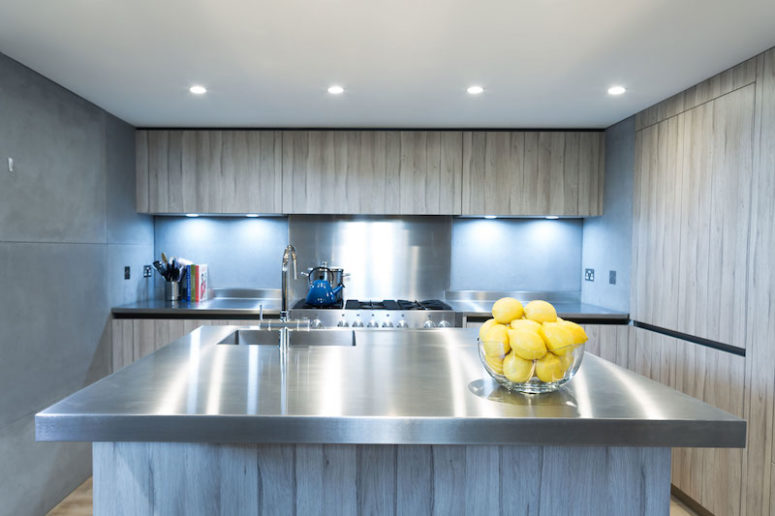 The kitchen is decorated in light grey, concrete and stainless steel, there are a lot of lights 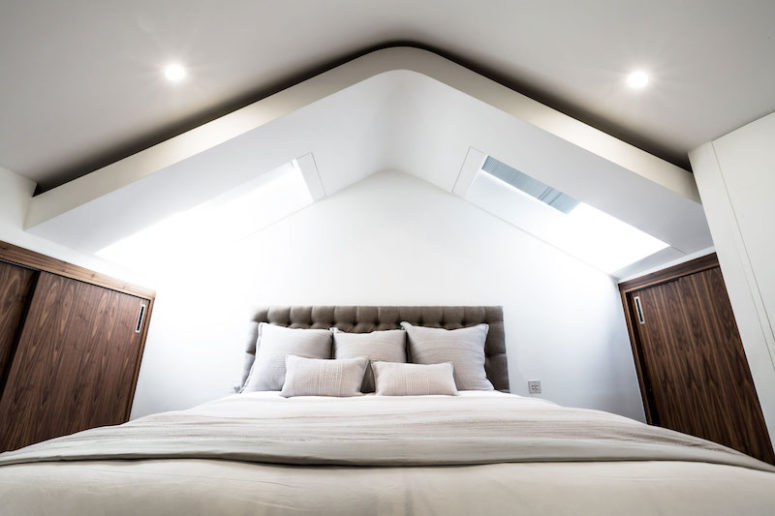 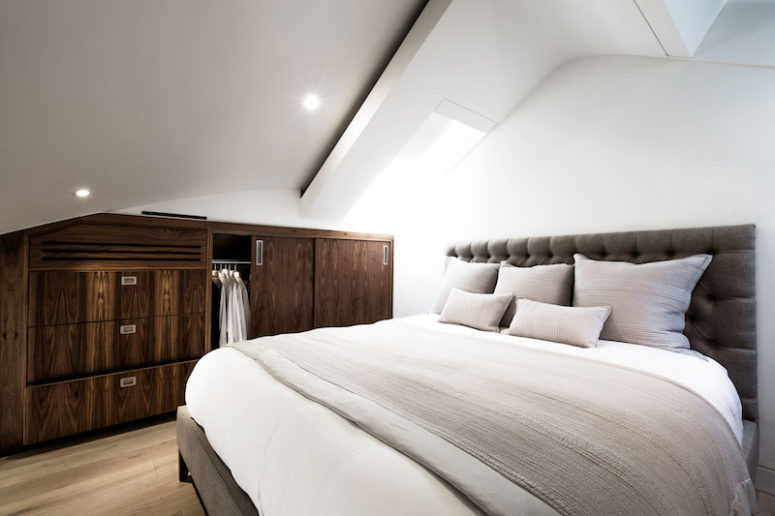