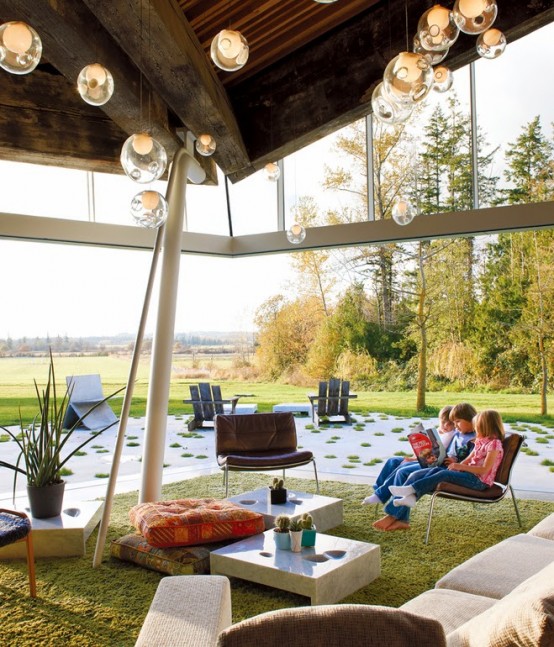 This striking modern Canadian home in sweeping hayfields is a wonderful example of a modern rural home open to nature. The house is constructed from 100-year-old beams salvaged from a series of warehouses collected by industrial designer Omer Arbel. Not a single reclaimed plank was cut or altered, giving the home its distinctive geometric look, described by Arbel as a piece of origami in the landscape. The interior is modern and covered with lots of different wood – the walls, the floors, the ceiling and furniture, and that makes the home cozier. I like lots of lights and the glass walls that allow nature going inside and merging with the interior becoming its part. 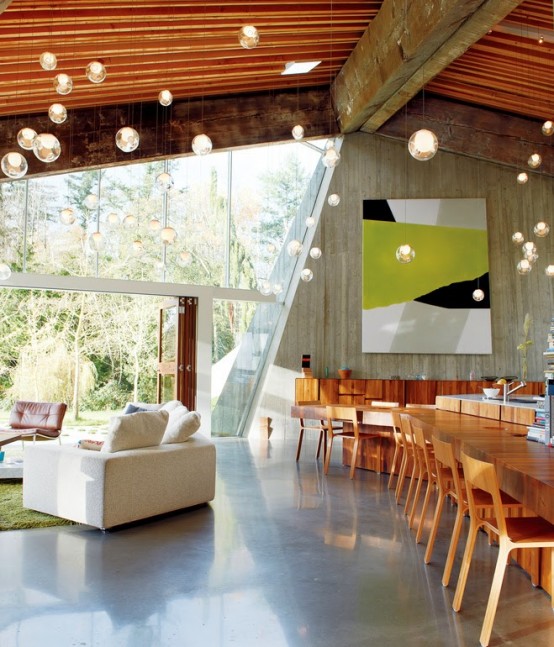 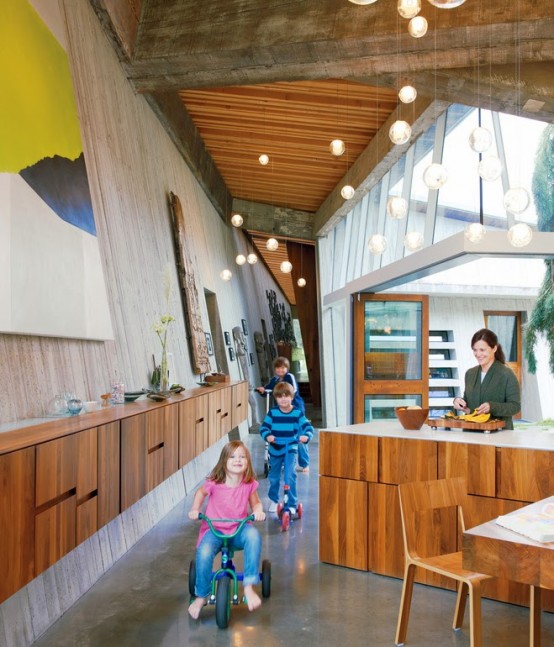 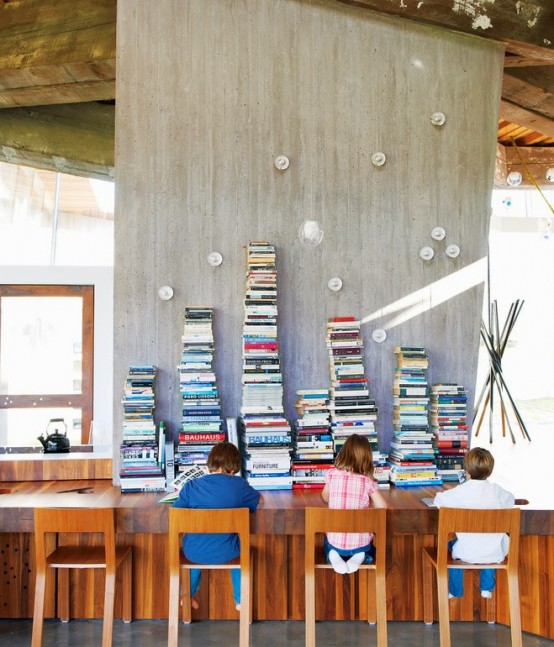 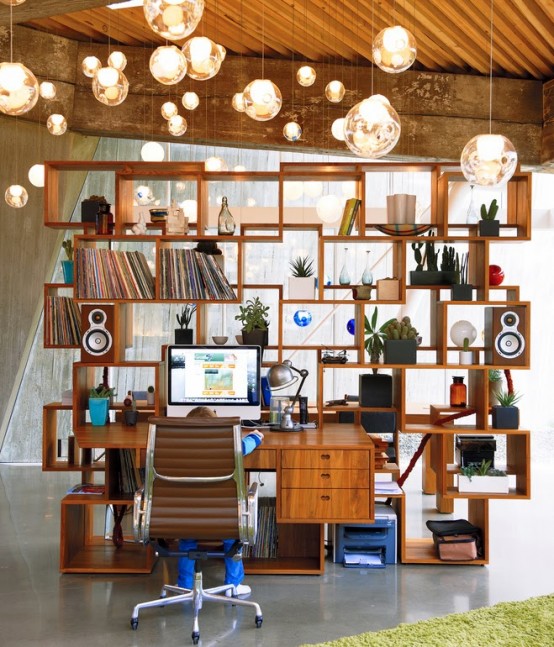 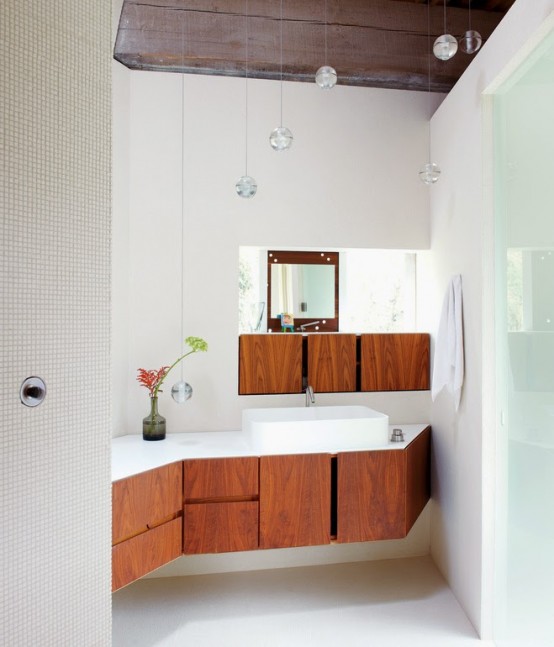 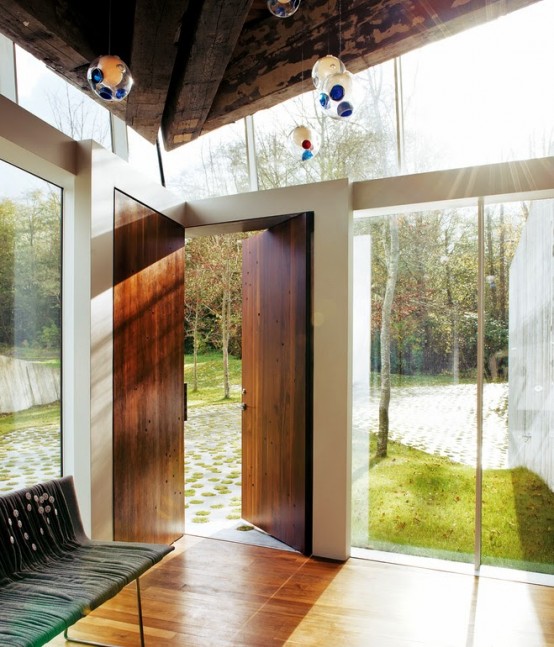 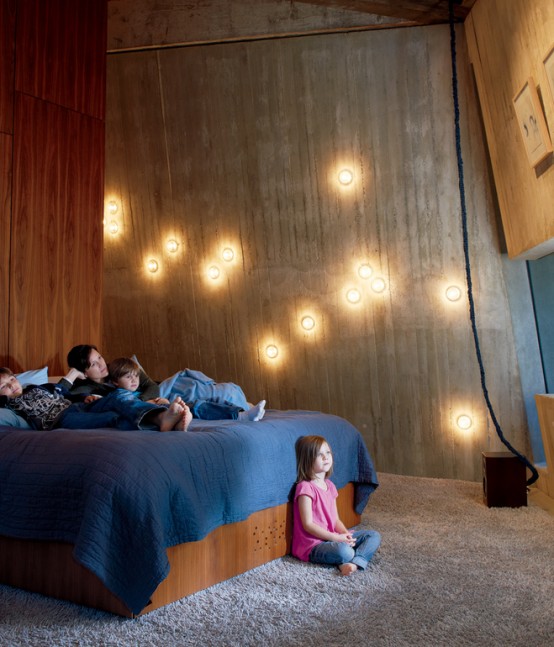 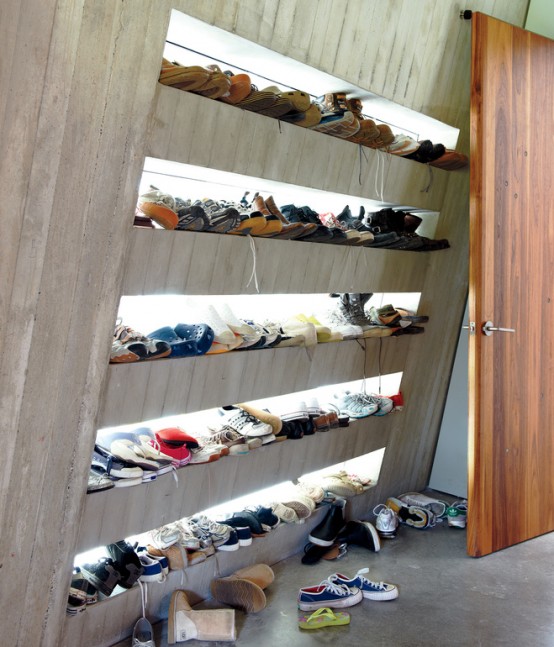 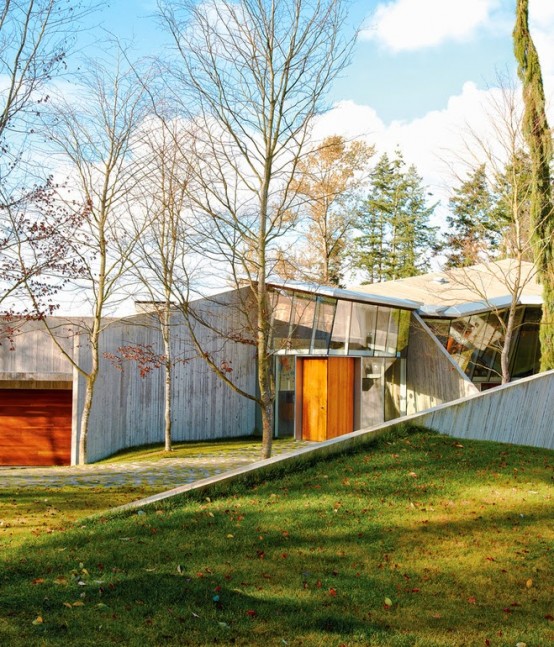