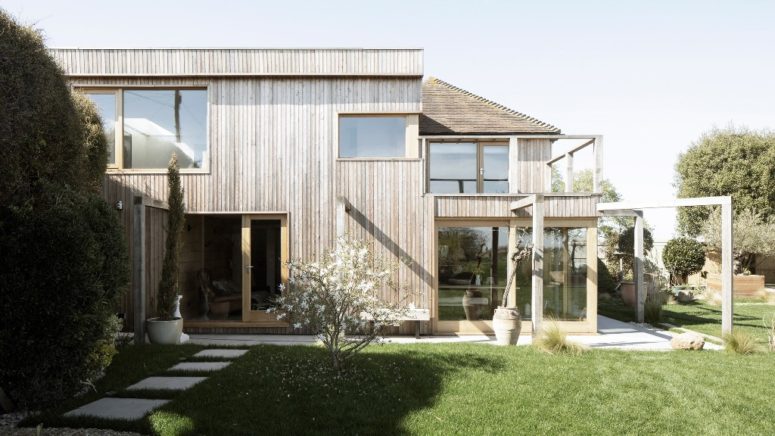 Built in 1830, Island Cottage is located in the seaside village of Sidlesham Quay. Paul Cashin Architects has refurbished and extended it, cladding the old and new buildings in larch.

The renovation by Hampshire-based Paul Cashin Architects is aimed at combining building’s traditional vernacular with some contemporary design elements. The new timber structure is directly connected to the old house and built in its large back garden, so isn’t visible from the street. Traditional building methods and materials were used to reinforce relationships with the local architecture. The original facade was left plain, but the external walls at the rear were all been clad with natural larch planks.

Because the old building had been extended many times, the original cottage had become a maze of rooms and corridors. The renovation sees the layout simplified. For the interiors, the architects used natural materials from the surrounding coastline, such as ﬂint and reclaimed oak timber. Vintage furniture and accessories collected by the owners in antique stores, flea markets, salvage yards and online second-hand boutiques are displayed throughout Island Cottage.

The ground floor contains a library, a shower, two rooms and a long, open space with kitchen and dining area. The first floor hosts three bedrooms, a bathroom and a living room. In the main living space, a corner window has been set into the wall at desk height. Its shape was chosen because it looks like an open book.

Because Sidlesham Quay is in a flood zone, all new construction had to be able to withstand rising water and flood damage. The designers created a bund of earth and site material, and allowed grass to take hold over the top. Another flood protection measure is land drains that connect to the Sidlesham Quay itself, to alleviate surface run off. 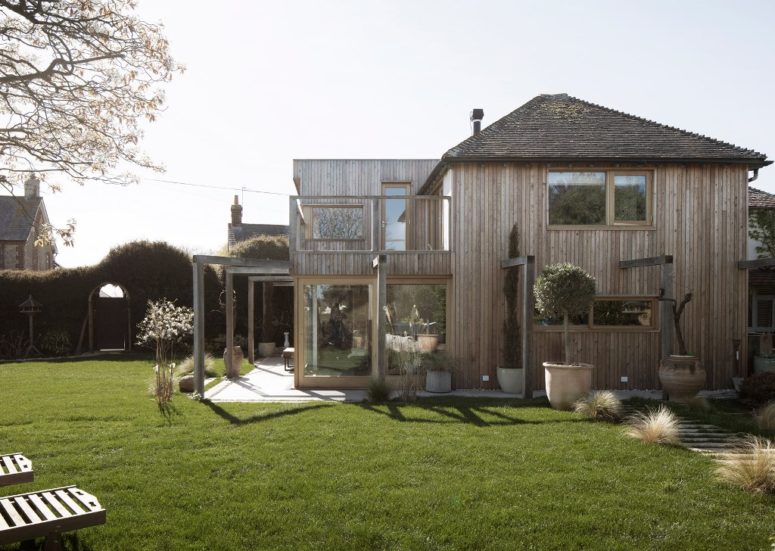 The outdoor space features a manicured lawn with potted greenery and blooms, loungers and a living fence 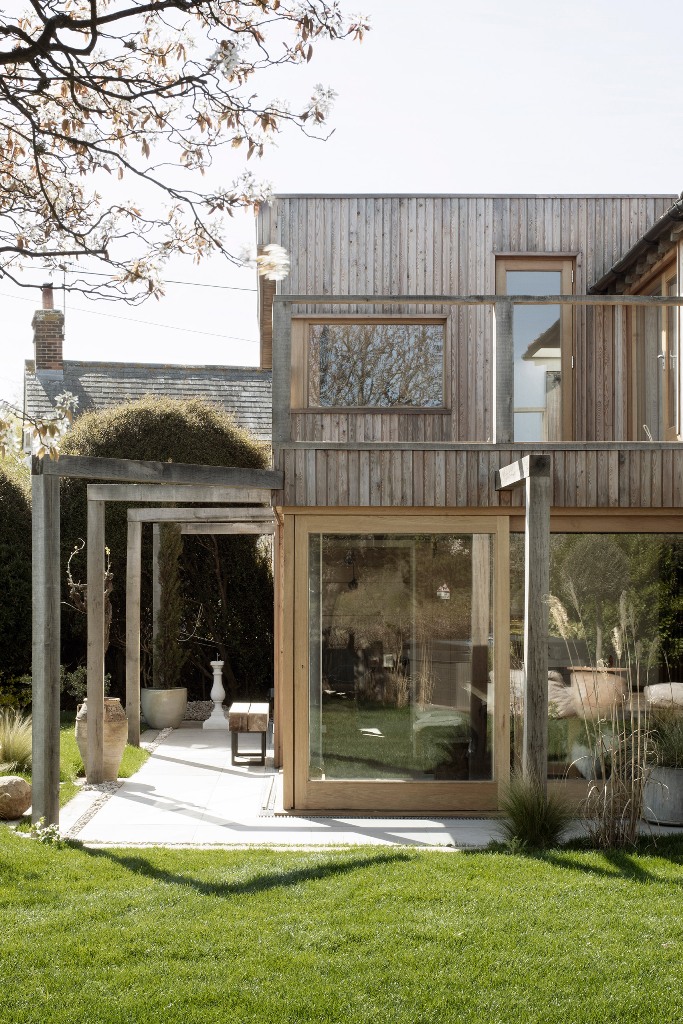 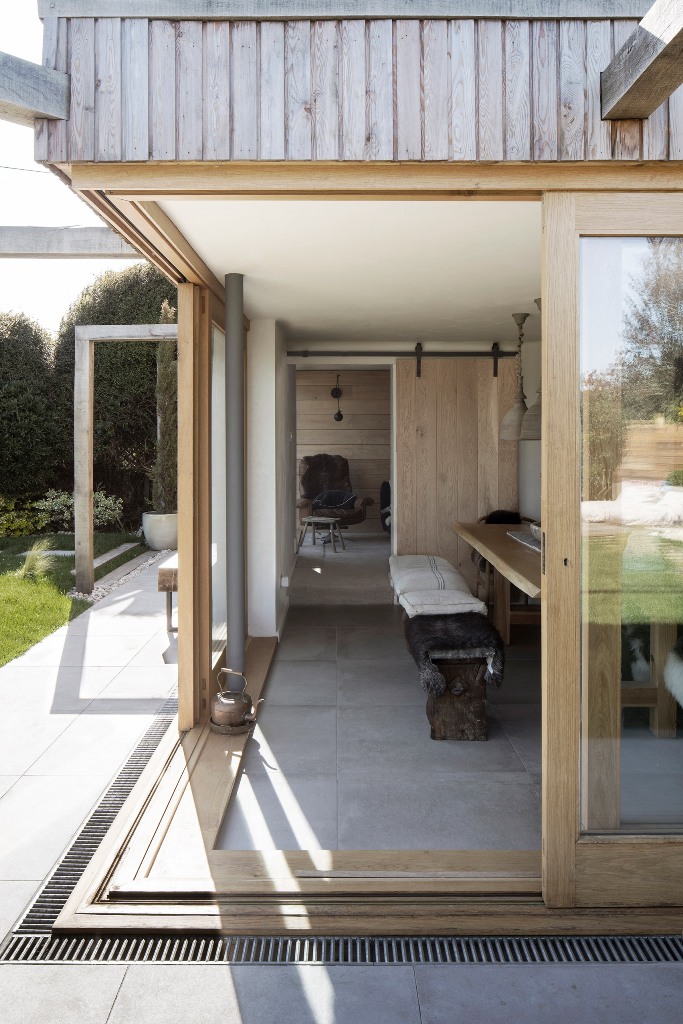 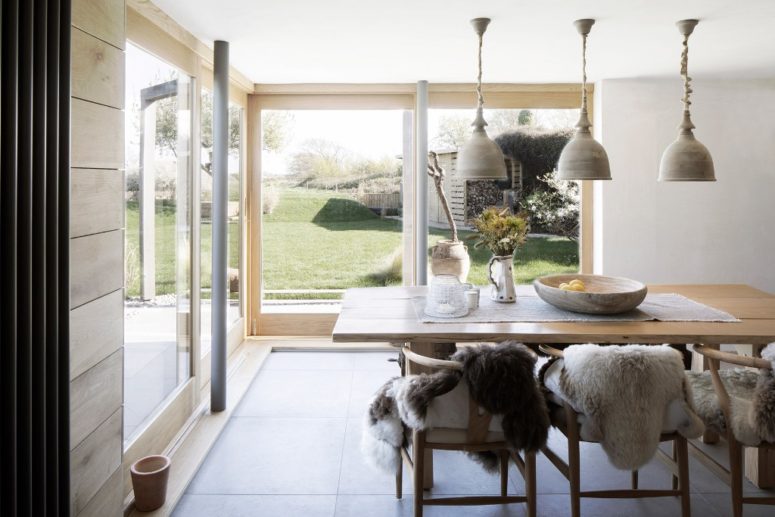 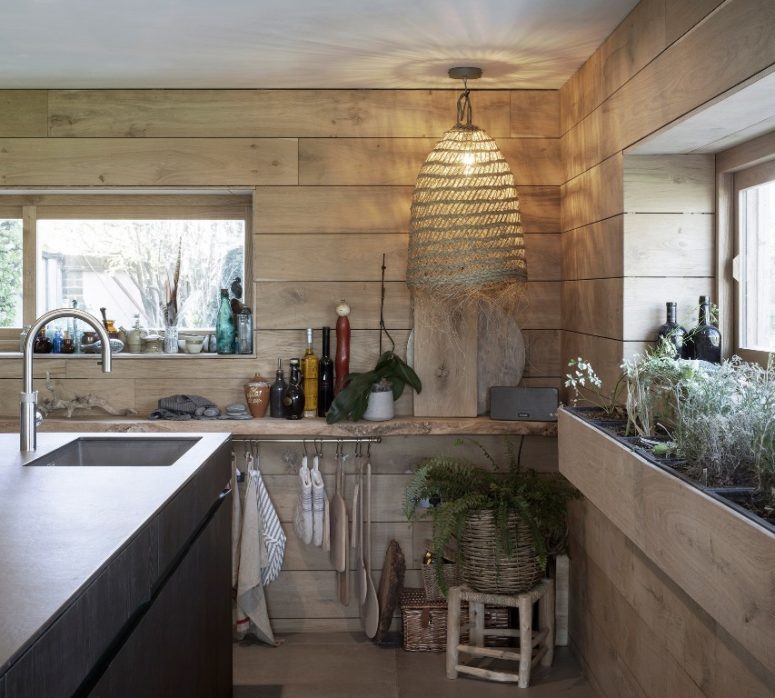 The kitchen is clad with light-colored wood, a wicker lamp, a basket planter and a metal kitchen island 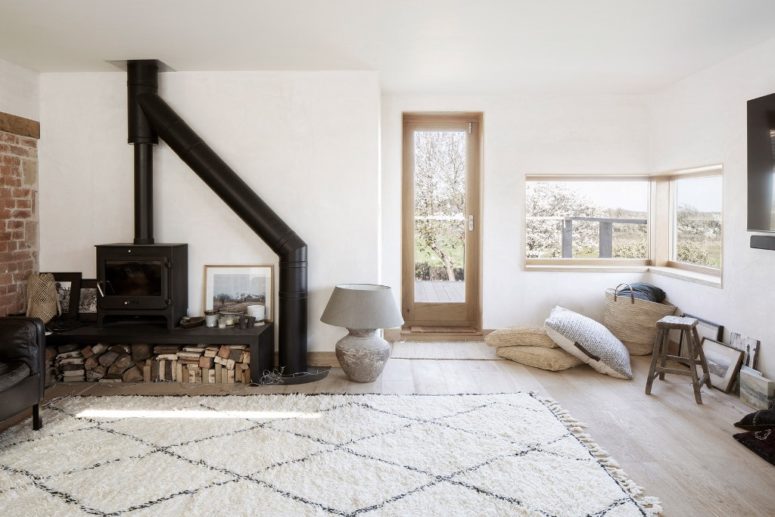 The living room is a welcoming space, with a hearth, pillows, views and much natural light 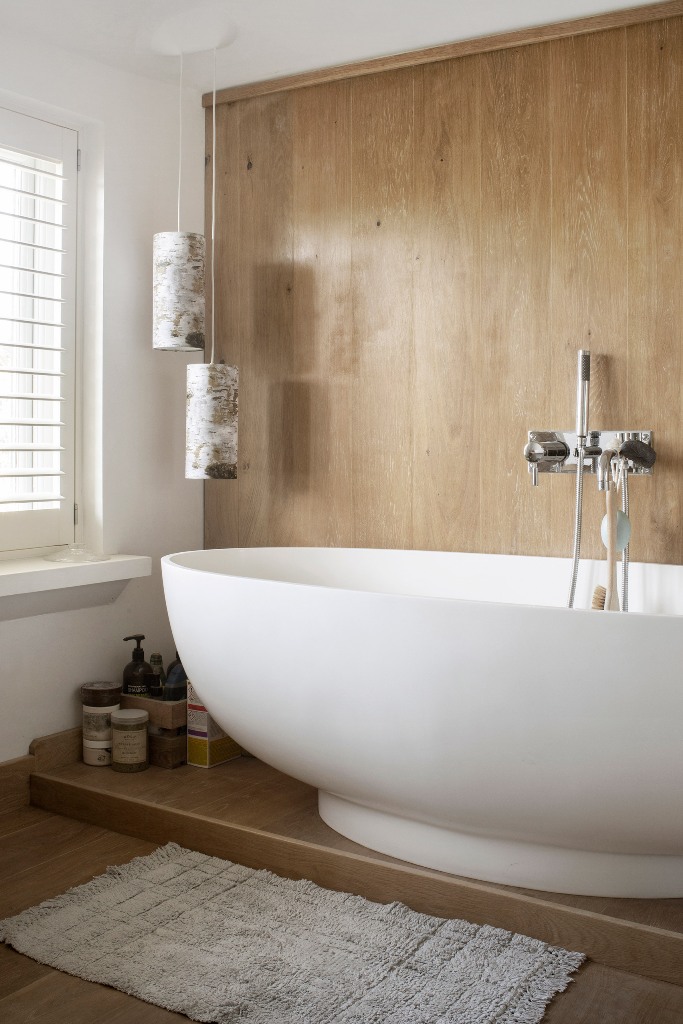