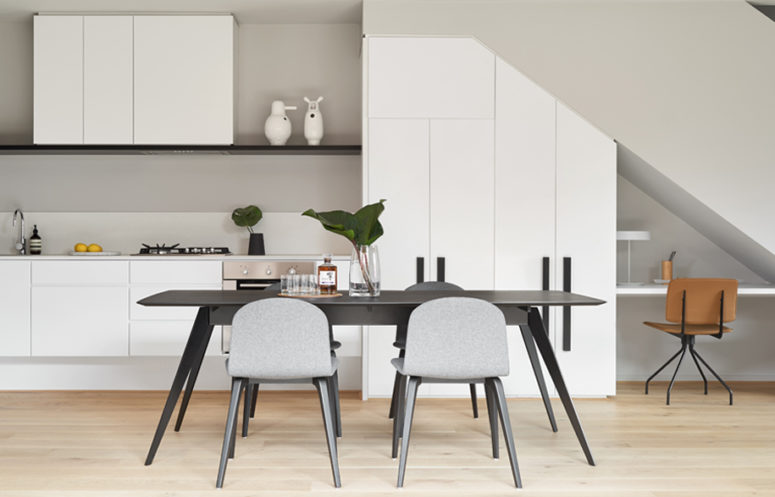 This is an interior of one of eight Melbourne townhouses, which have a suburban and modern feel

Architecture firm DKO teamed up with property developer Milieu to create a series of townhouses in Melbourne’s Preston with the aim of creating boutique architecturally designed homes for the growing suburb. They were designed with the intent to build on the suburb’s status as a flourishing hub coming into its own within the city. Seeking the opportunity to add something inherently ‘Melbourne’ to the suburb’s streetscape, boutique property developer Milieu turned his vision into a reality.

The facade of the eight architecturally designed homes is a playfully modern take on the classic Melbourne townhouse with generous and sun-drenched interiors to match. Four townhouses and four apartments were developed, with all residences having immediate access to the park through a central walkway. Let’s have a look at the interior of one of them.

In terms of the interiors, a sleek, minimal palette was used, with a careful use of natural materials, so the interiors turned out to be airy, fresh and lively. Blonde timber floors are contrasted against stainless steel appliances and white cabinetry and walls, lending the residences an expansive feel. For both DKO and Milieu, there was a heavy focus during the design process on ensuring that the living spaces were sophisticated and livable – perfect for young families to grow in. Fresh potted greenery brings a cool touch to the interiors. Moreover, the indoors spaces have a strong connection with outdoors, and they are easily reachable: there are sliding doors and floor to ceiling windows to merge the spaces and remove boundries.

Such cool modern homes are purposed at young families, they are comfortable, livable and design of every space and nook is thought over. There are no unnecessary things and every inch of space is used to advantage, isn’t that what we all need? Such townhouses will be definitely popular among the young families! 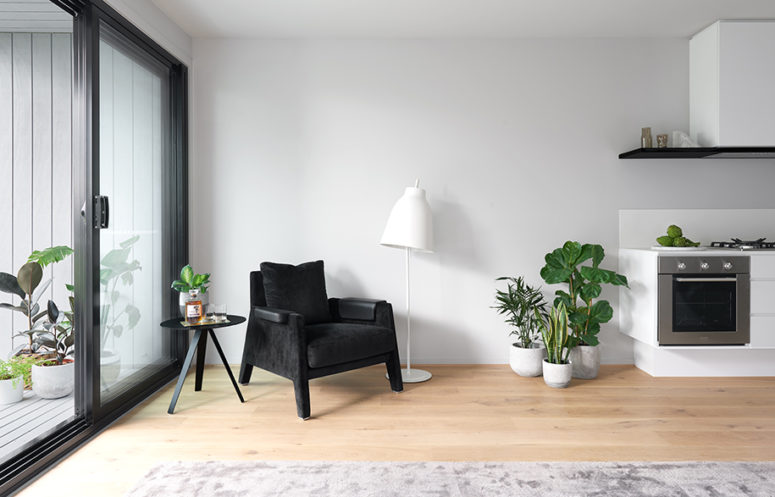 The interiors are minimalist, light and airy, with a light color palette 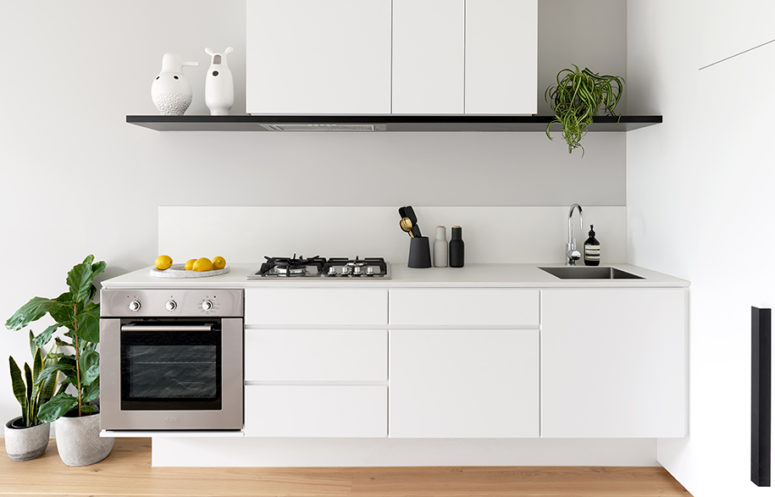 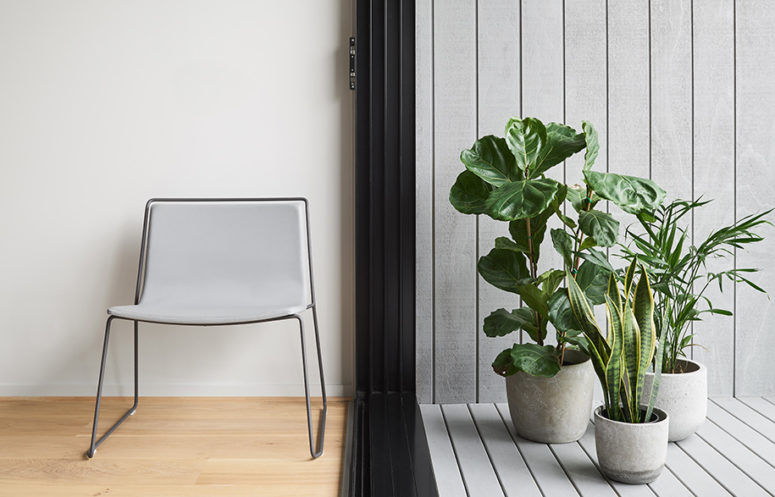 The interiors are connected with outdoors, which is important for any modern space 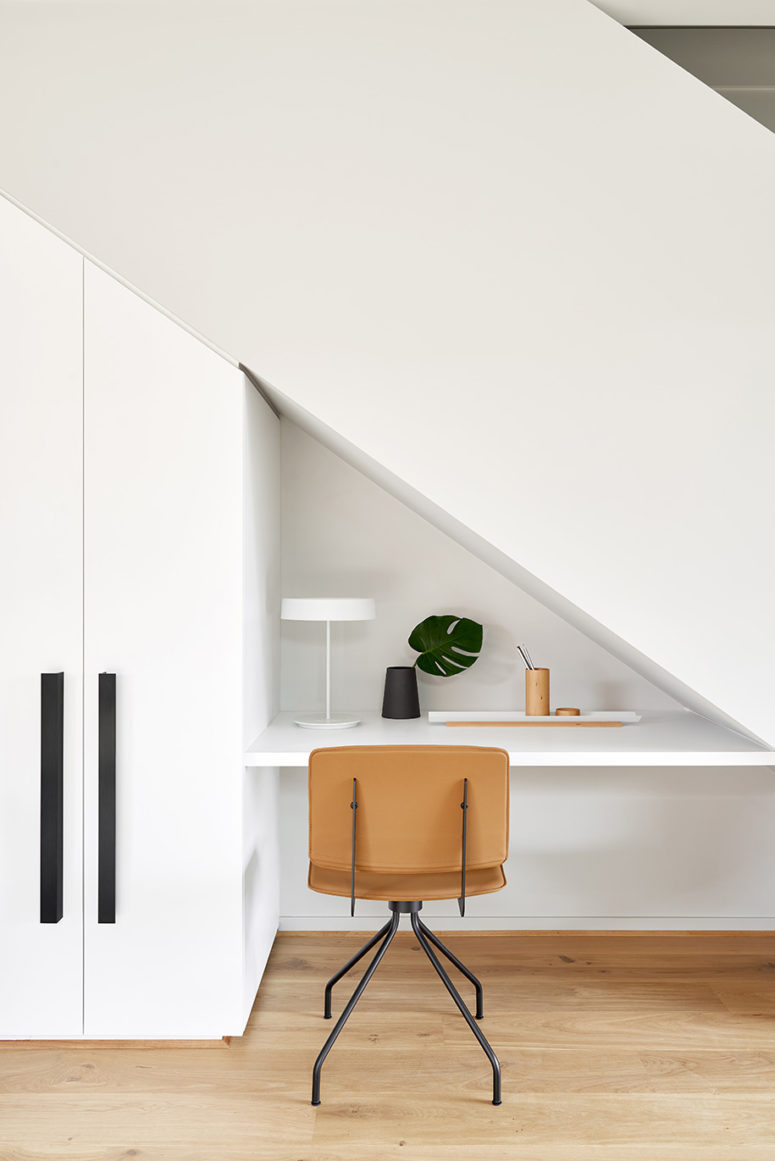 There's a small but comfy home office corner in the kitchen 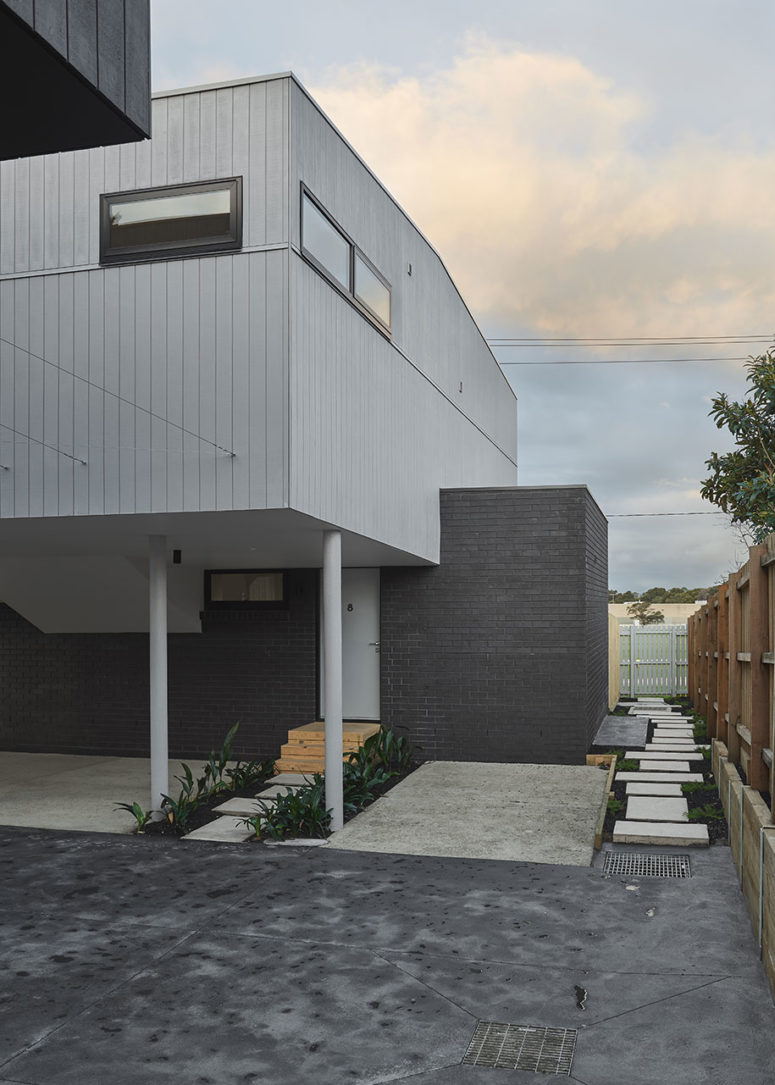 Every space including outdoor ones is built for comfortable living, it's perfectly realized here 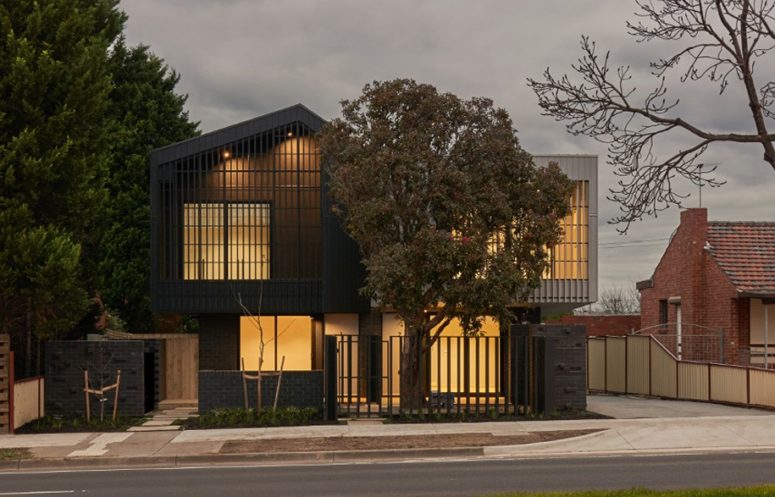 The exterior of the home looks modern and eye-catchy, built of several volumes