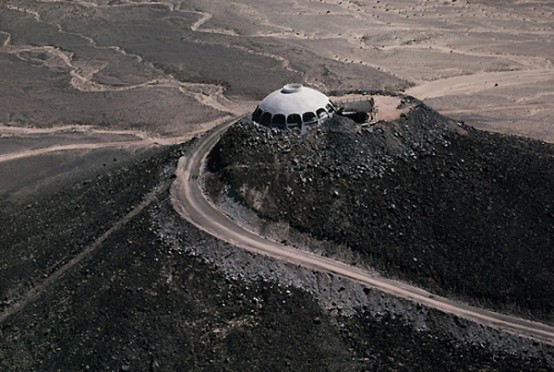 This house is sited upon small volcanic cone in the high desert midway between Las Vegas & Los Angeles. Its design it is a great combination of an uniqueness and brutality. Its roof consist of concrete and truss beams that forms its dome allowing the interior to embrace 360 degrees of stark, strong almost lunar landscape. Main house has two bedrooms, two baths and open entertaining areas. Besides it there is a guest house with one bedroom and bath near the lake. Even though there aren’t any trees or plants around the house is quite awesome place to live because of its privacy. 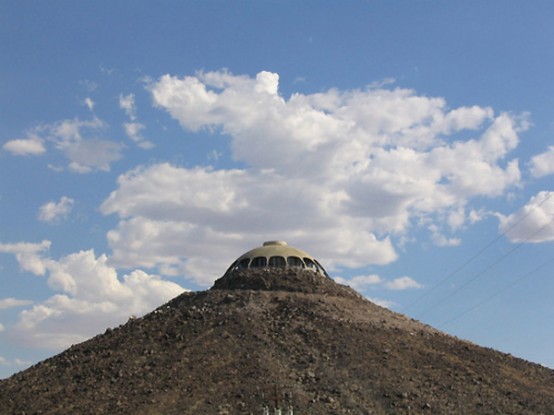 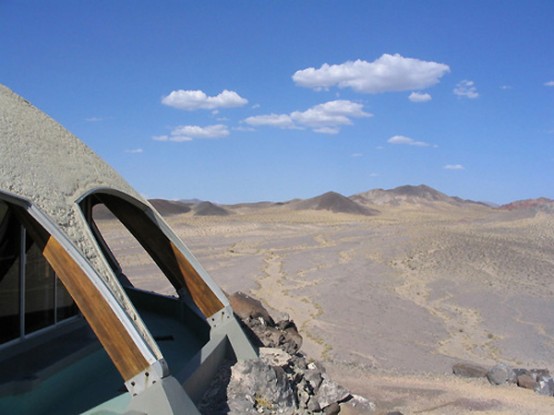 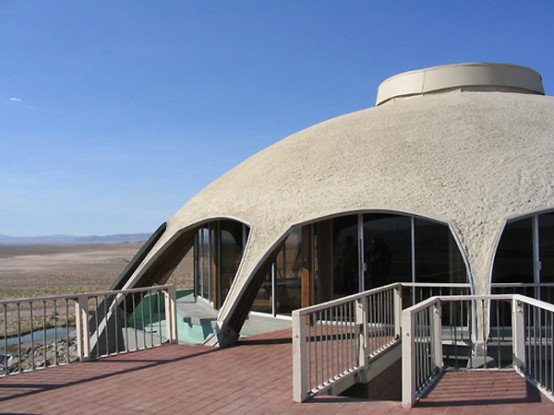 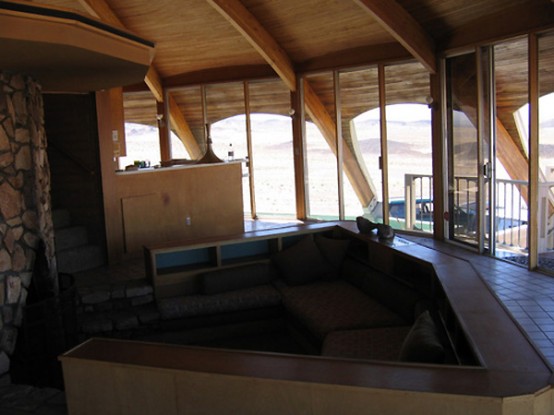 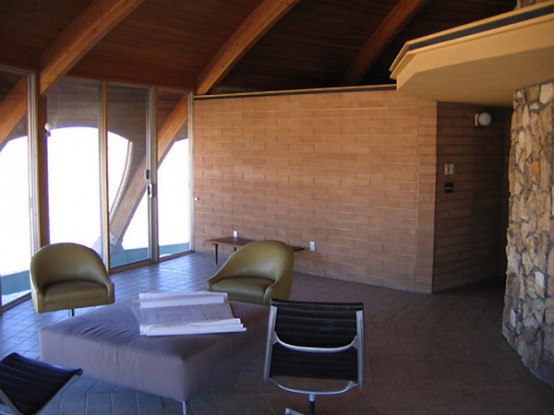 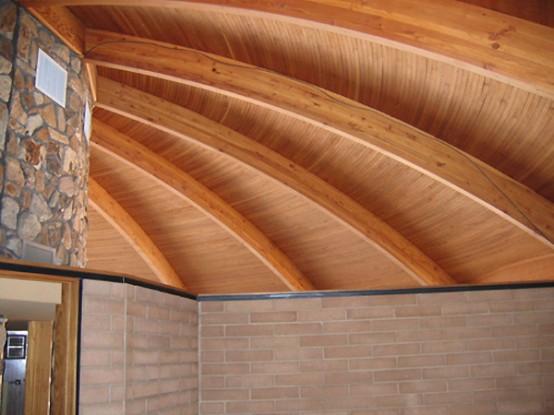 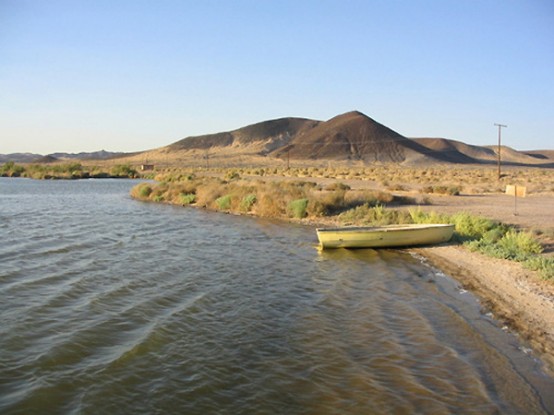 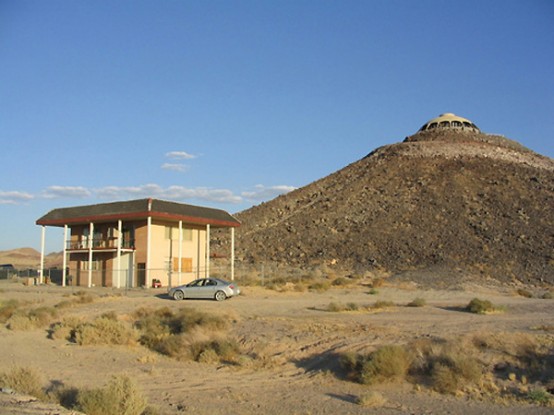