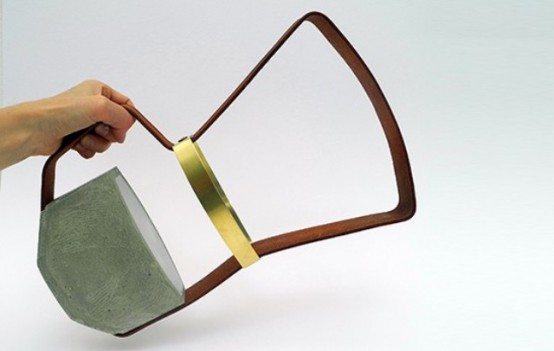 Designed by Katharina Eisenkoeck, the ‘Nomadic’ lamps are inspired by early 20th century travel items such as leather flasks, suitcases and armory. These lamps are modern lanterns that can be carried around and used in a variety of different positions. The lamps’ angled leather handles are made using ‘Cuir Bouilli’ – an ancient method of boiling and shaping leather, and it develops its own unique character, becoming more personal to the user. Made from cast concrete, the three lamps are cordless and can be recharged via an induction charging system built in to an accompanying shelf. The charging system and the light source were developed in collaboration with the Austrian LED research company Lumitech. The light itself can simply be switched on and off through a touch sensor. Genius! 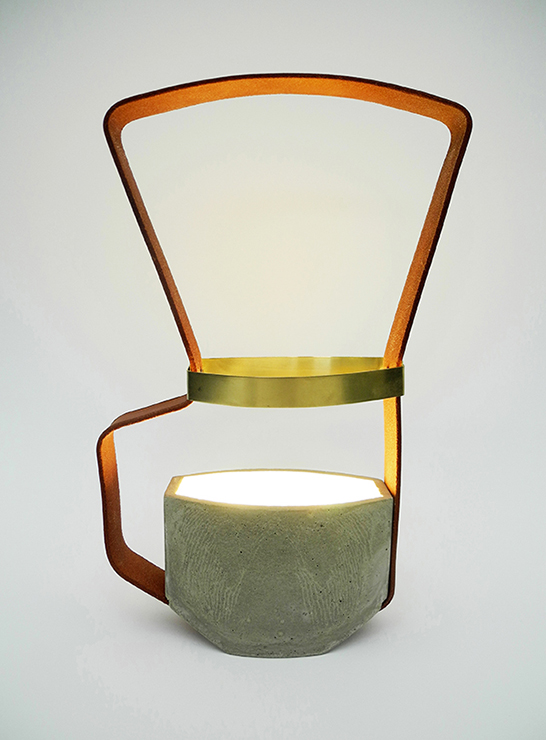 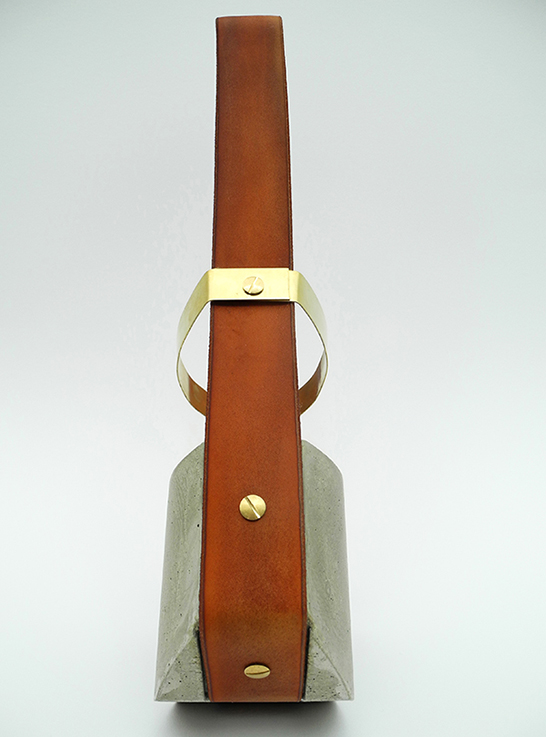 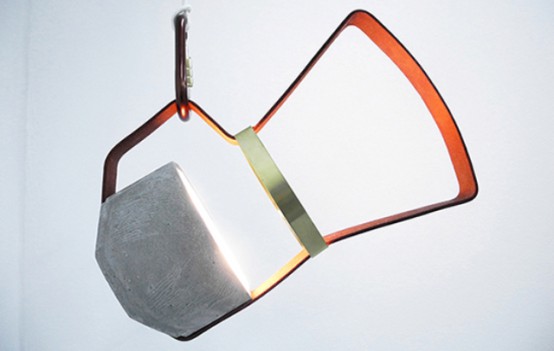 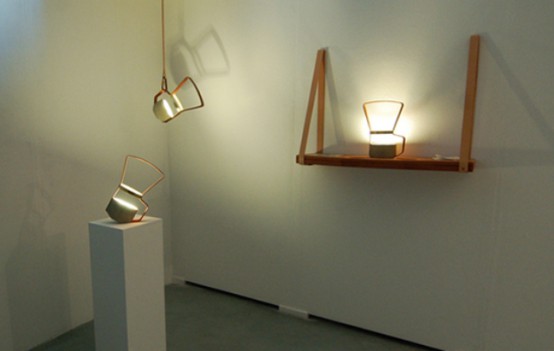