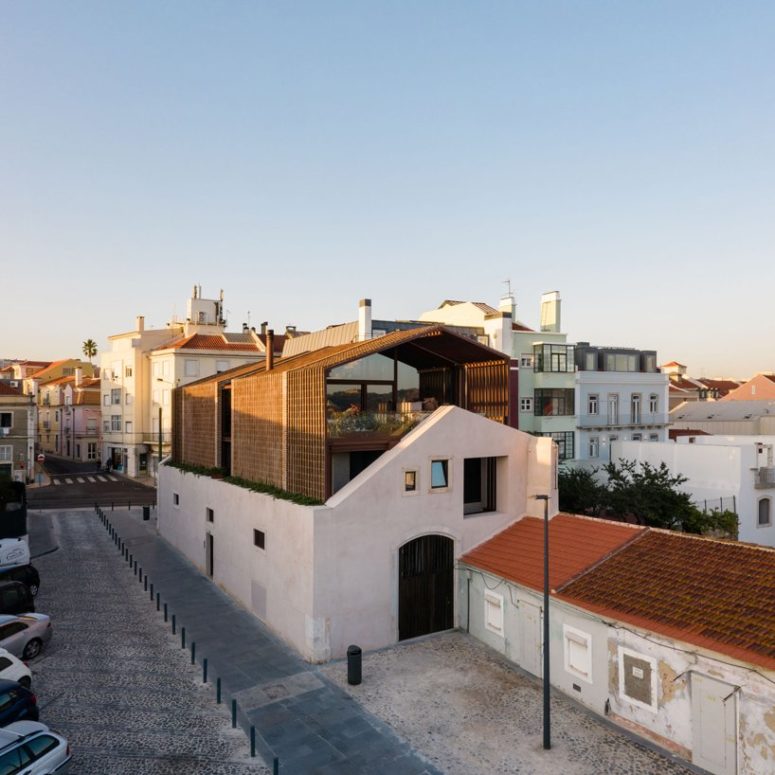 Antonio Costa Lima Arquitectos presents Casa Altinho, a project marked by its minimal, nesting geometries and expressive materiality. With consideration for its context, the house is named for its altitude — situated along the waterfront of Lisbon overlooking both the river and the lively streetscape of the Rua da Junqueira.

Casa Altinho is both walled off and outward-looking. As the first level turns inward away from the street, the second level opens outward with rhythmically staggered brickwork which allows occupants a vast perspective over the surrounding terracotta rooftops and the wide river beyond.

In the formal development of Casa Altinho, Antonio Costa Lima Arquitectos takes clear influence from the waterfront neighborhood’s typical fabric buildings made up of warehouses together with private houses. The design team maintains the original walled perimeter with respect to the intrinsic value of this typology in the context of Junqueira and the city. In an interpretive confrontation of two archetypes — house versus warehouse — the team addresses traditional forms, scales and materiality. The house ultimately occupies a heavy and austere wall interrupted with voids hosting patios and terraces.

The walled-off perimeter, suggestive of a protective shell, encloses a lattice-like volume of delicate brickwork. While the extruded profile of this element echoes that of a traditional house, its roofscape features sculptural and subtle folds as it traverses the length of the plot until it is capped with a full wall of glazing facing out to the river. A careful attention to detail results in such moments as barrel vaulted ceilings illuminated by ambient light entering from an adjacent double height space finished in rusticated stonework. 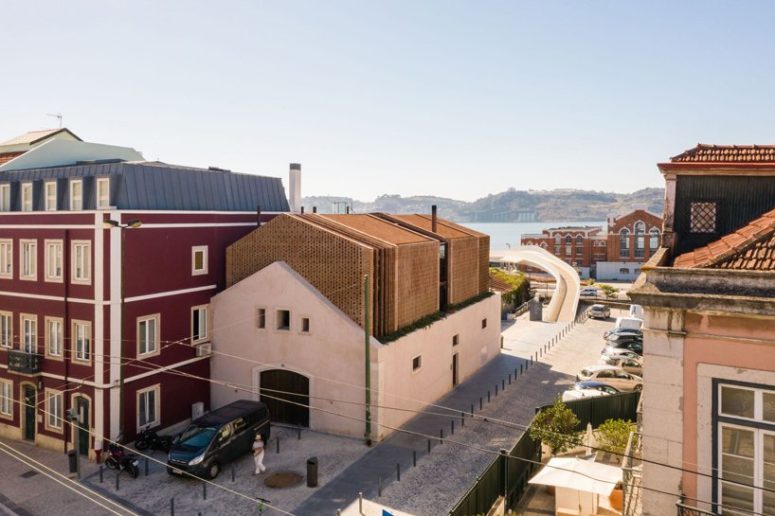 The house is waterfront, there's greenery lining up the aisle and skylights to open it to outdoors 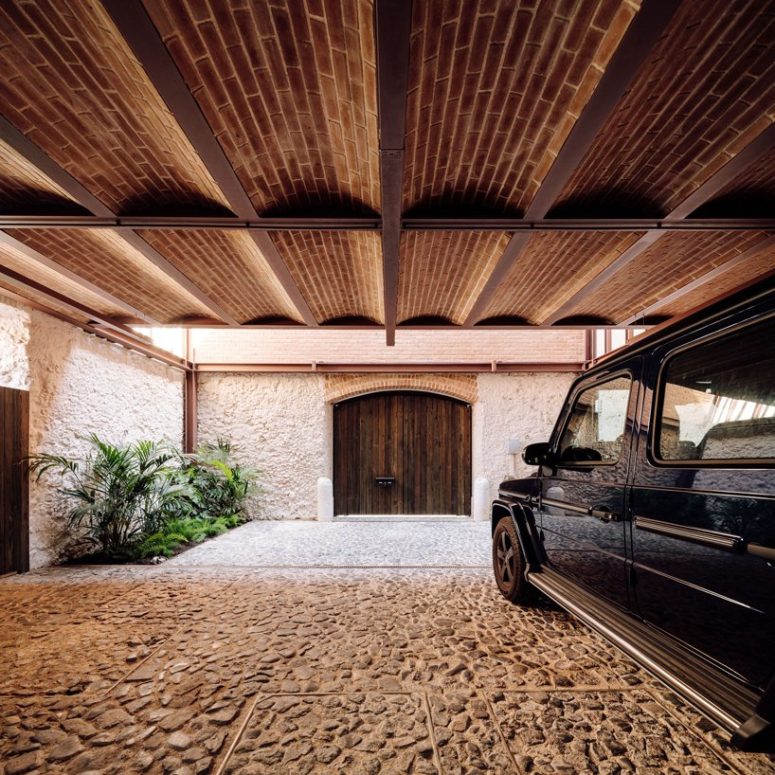 The combo of stone, brickwork and wood make the exterior look traditional yet industrial and modern 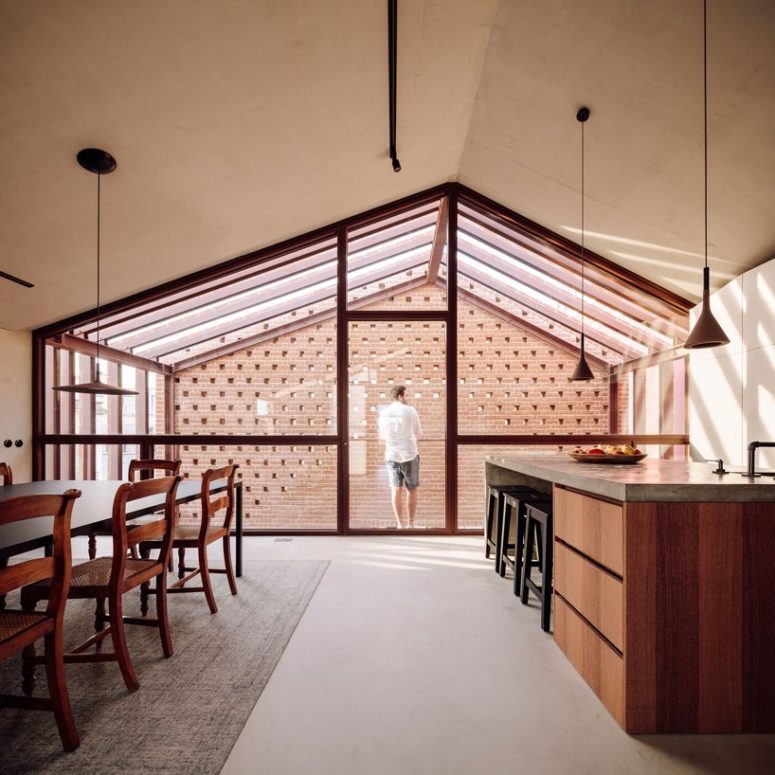 The kitchen is done with white cabinets and a wooden kitchen island with a concrete countertop, and here there's a cozy dining space with refined chairs 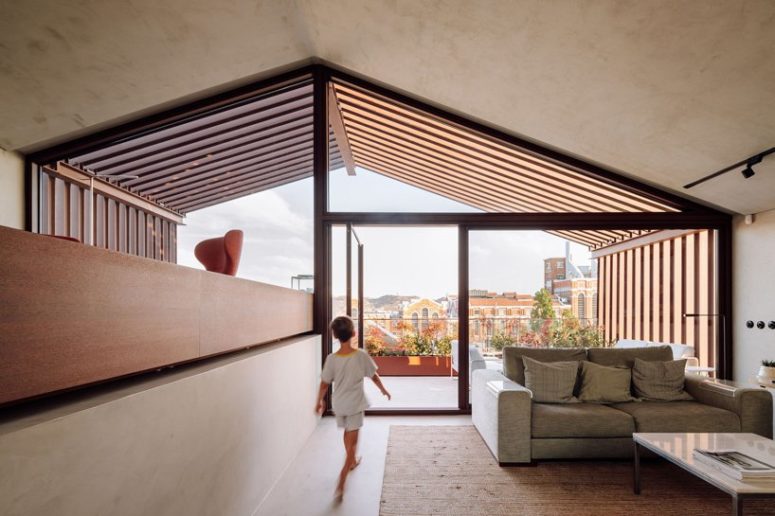 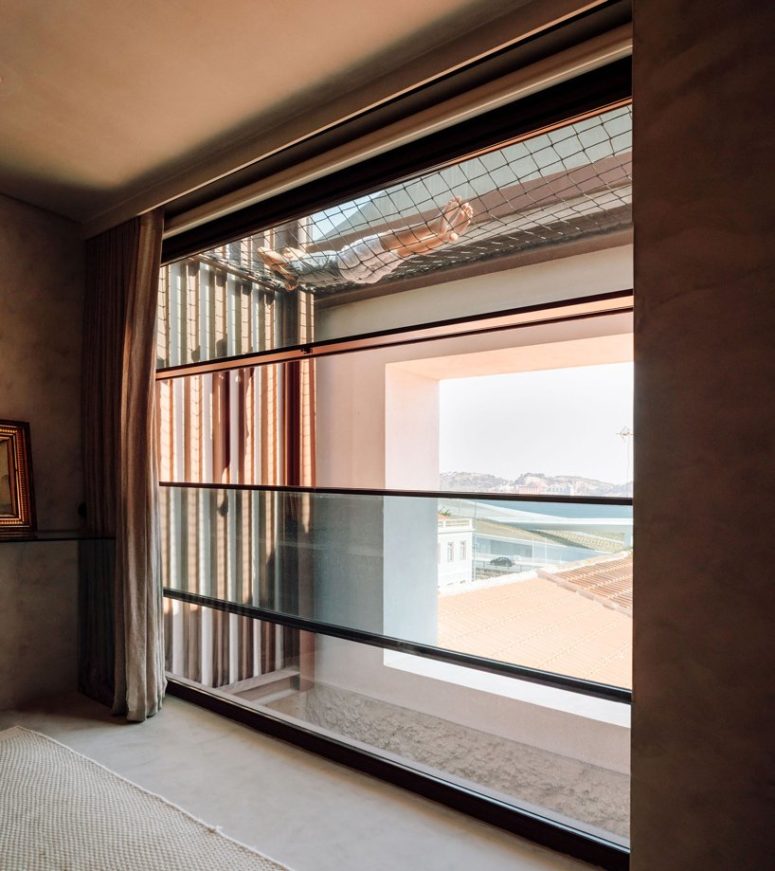 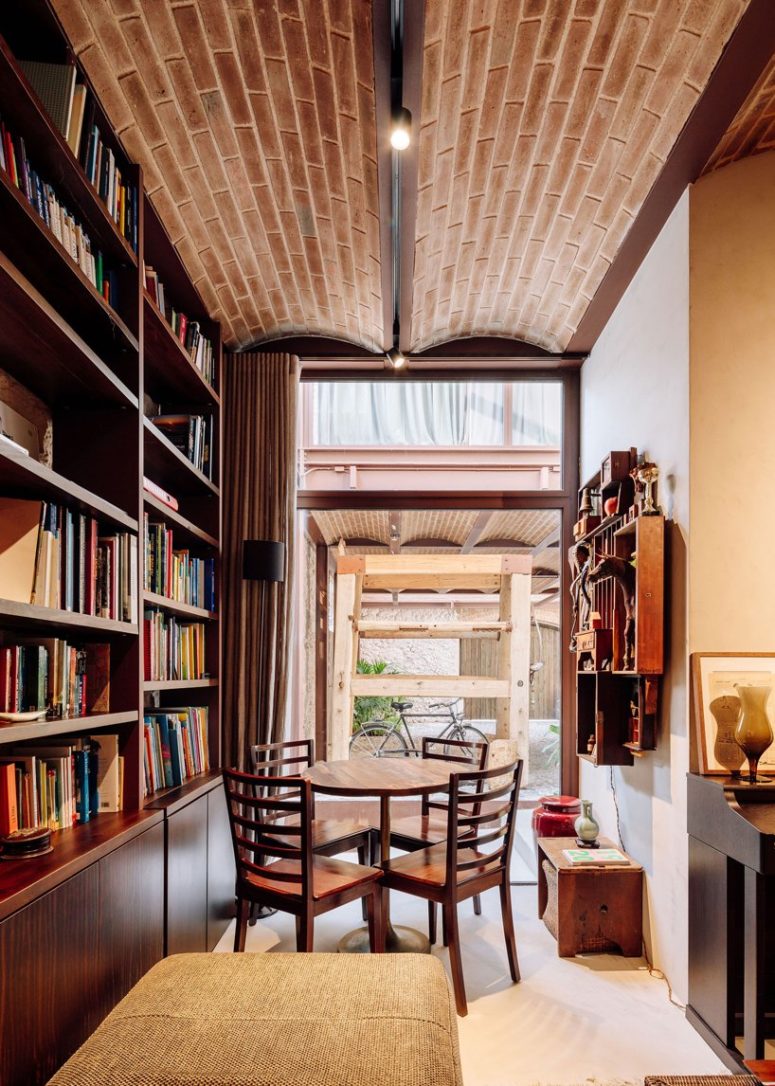 Here's a reading nook paired with a breakfast one, with large bookcases, a comfy daybed and a dining set