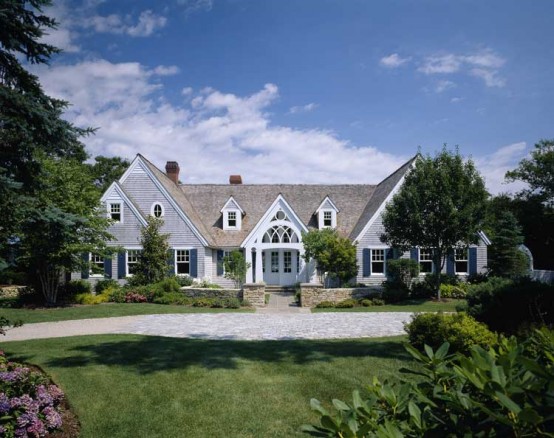 Renovating a summer19th-century cottage on Cape Cod into a permanent home was quite a task for Polhemus Savery DaSilva architects. The house was enlarged to provide space for a large family and all their ceramic, works of art, antique collections and so on. Georgian architecture influenced the new front facade – and the concept of a house wrapping around three sides of a large formal courtyard. This courtyard, which incorporates a circular driveway, is accessed beneath an enclosed bridge that links the original cottage wing with a new garage building and television room. The other wing of the house provides a two-story library tower and a second master suite. Where the front is an expanded and formalized “cape”, the back, facing an ocean cove and the open ocean in the distance, is more irregular, more massive, and shaped around maximizing water views. It is more in the tradition of a grand shingle-style cottage. [Polhemus Savery DaSilva] 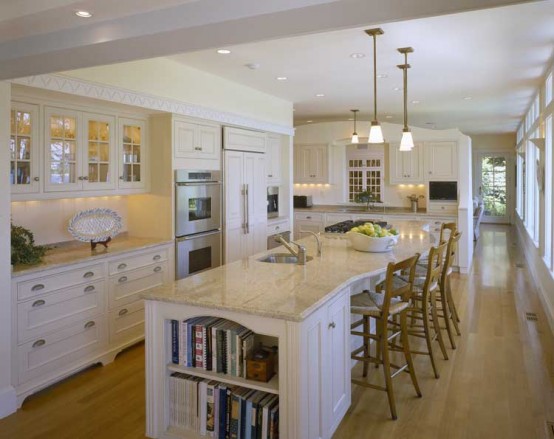 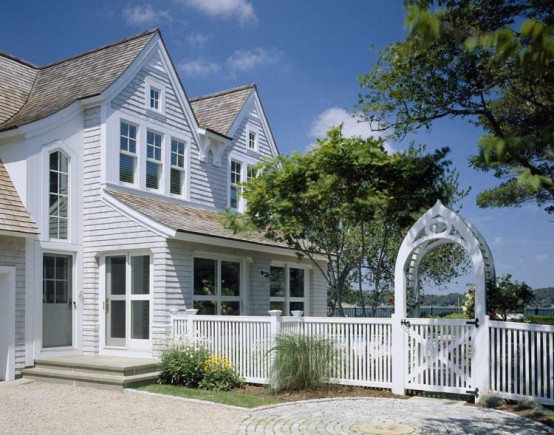 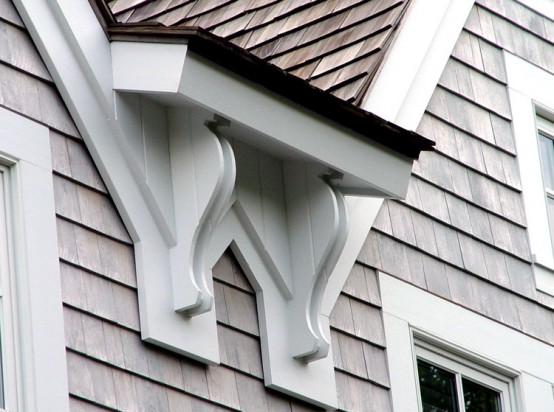 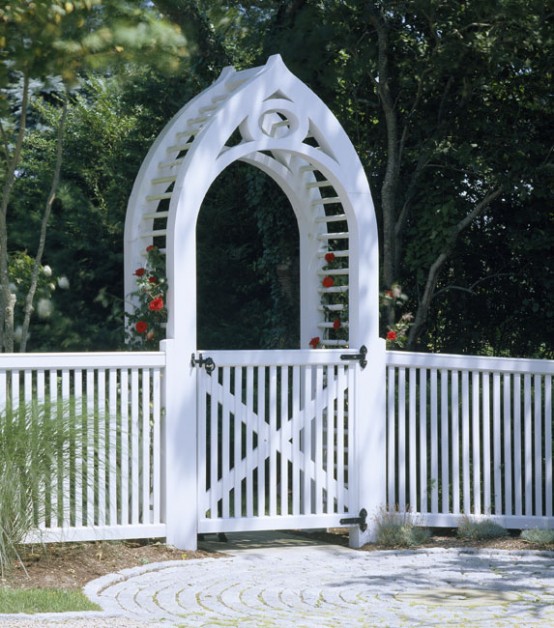 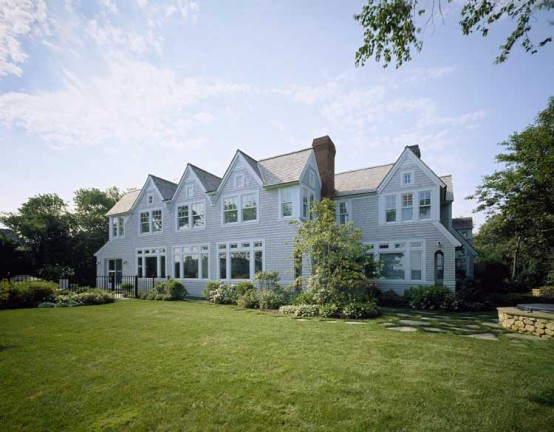 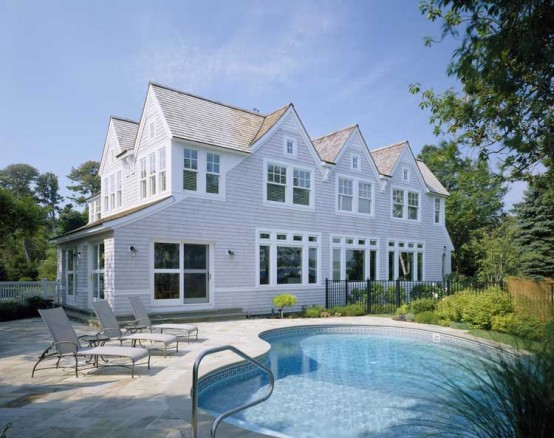 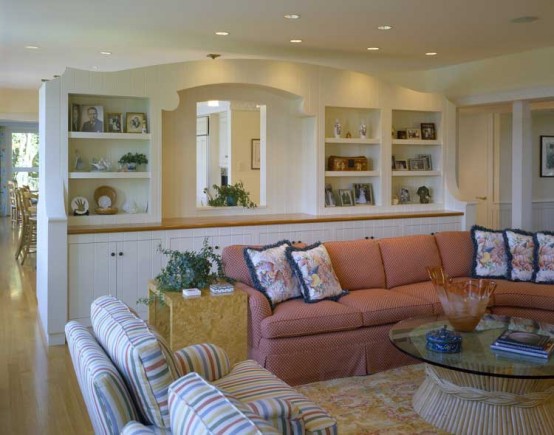 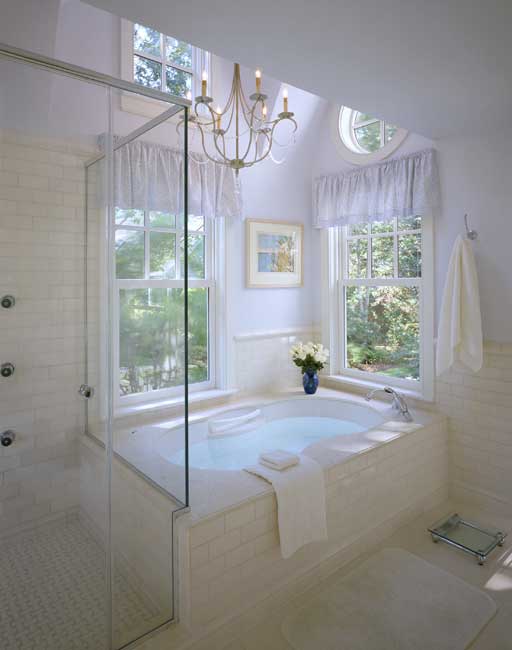 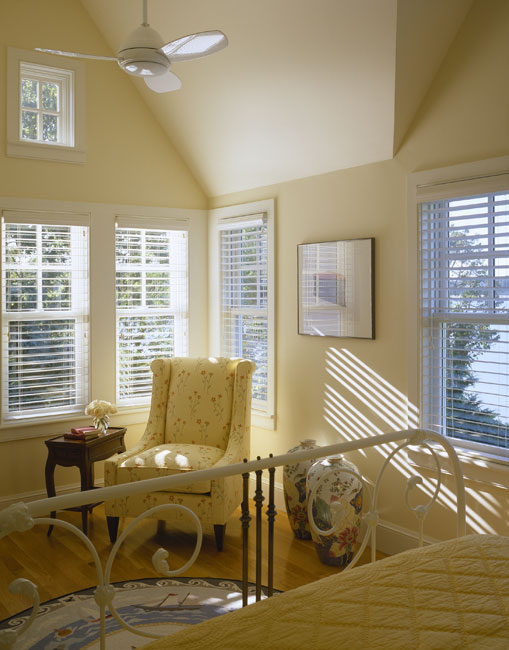 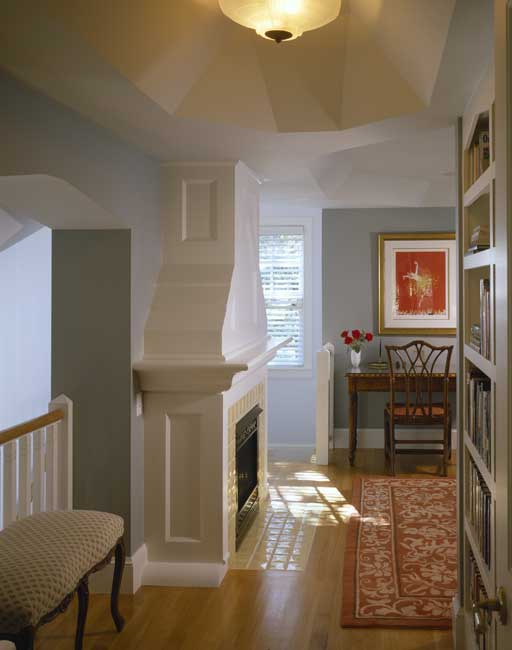 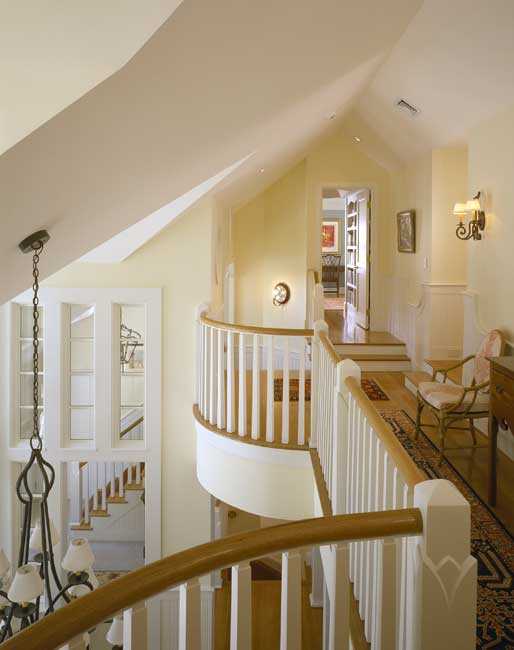 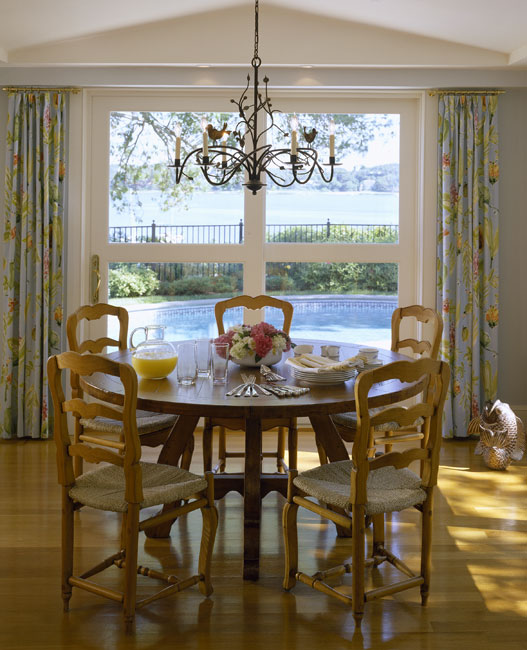 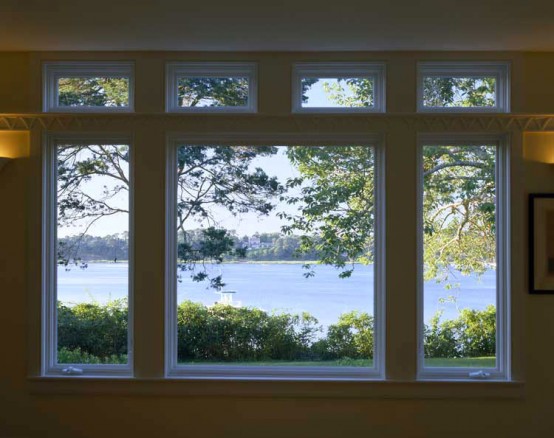