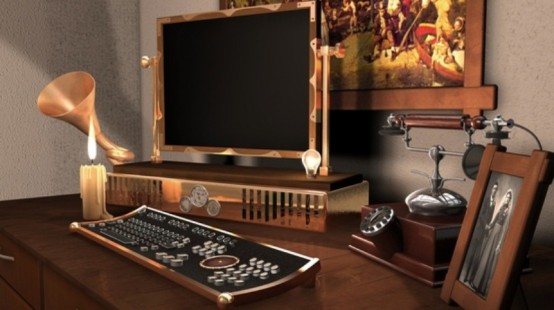 As Wiki says, steampunk is a style that originated during the 1980s and early 1990s and incorporates elements of science fiction, fantasy, alternate history, horror, and speculative fiction. It involves a setting where steam power is widely used—whether in an alternative history such as Victorian era Britain or “Wild West”-era United States, or in a post-apocalyptic time —that incorporates elements of either science fiction or fantasy. This style is rather unusual and is rarely used in interiors but when designers use it, the result is so dramatic and impressive that you can’t think of anything, you just stand and watch! The most popular room for such style experiments is a study room or a home office because this is the place where science and science fiction would be appropriate. 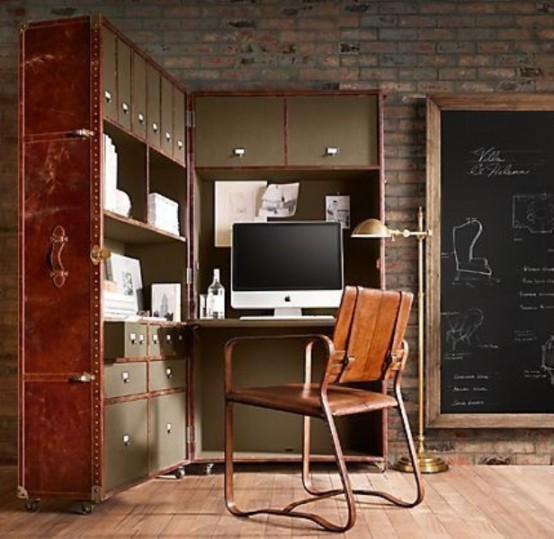 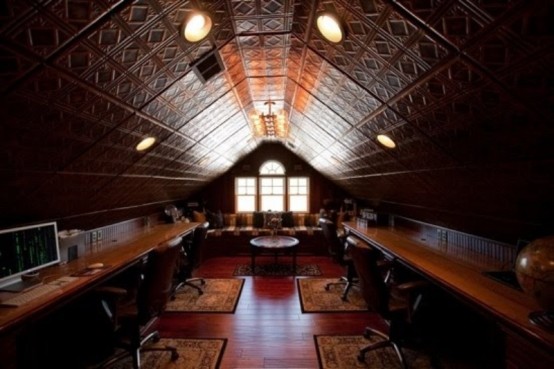 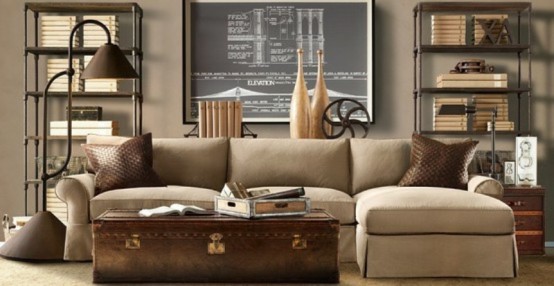 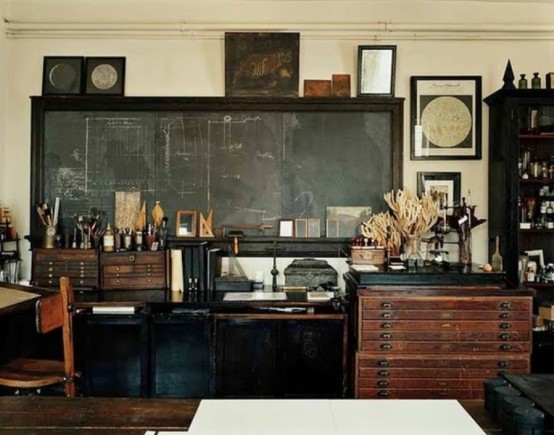 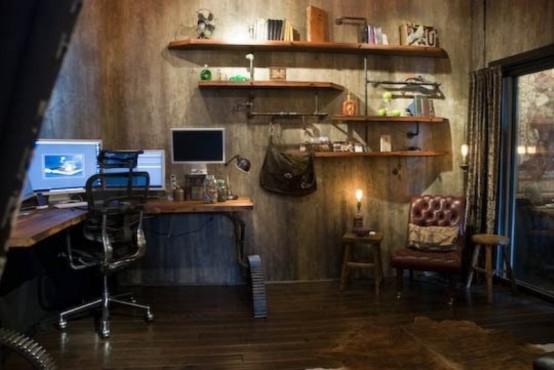 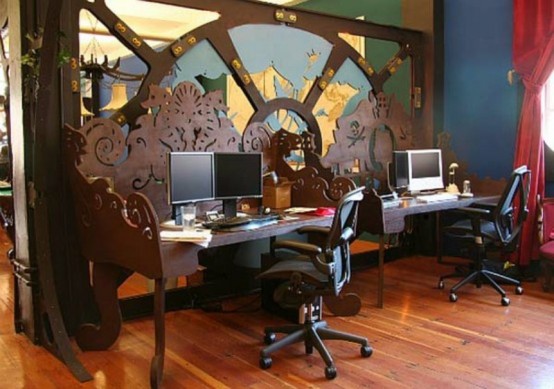 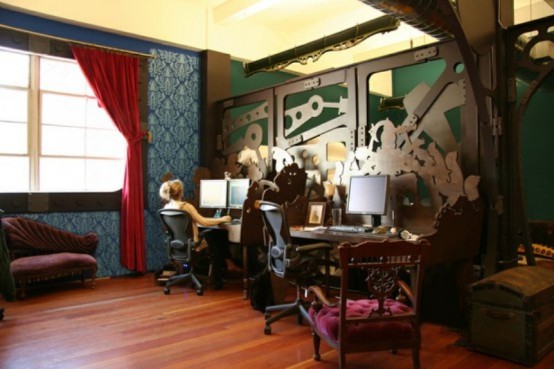 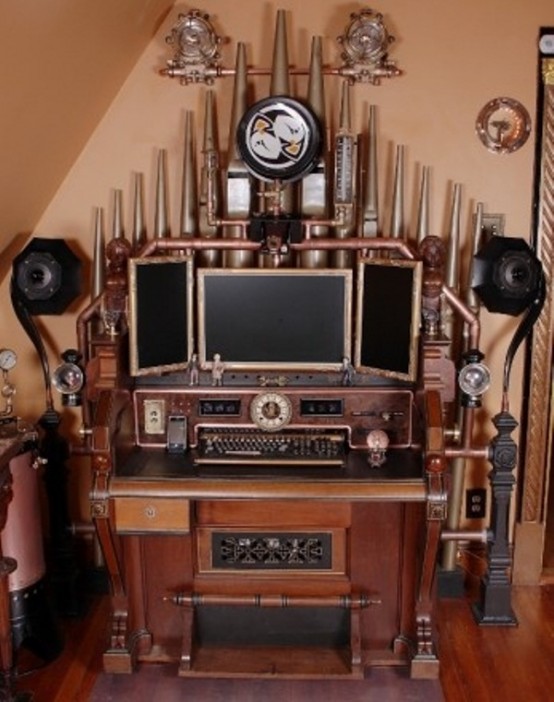 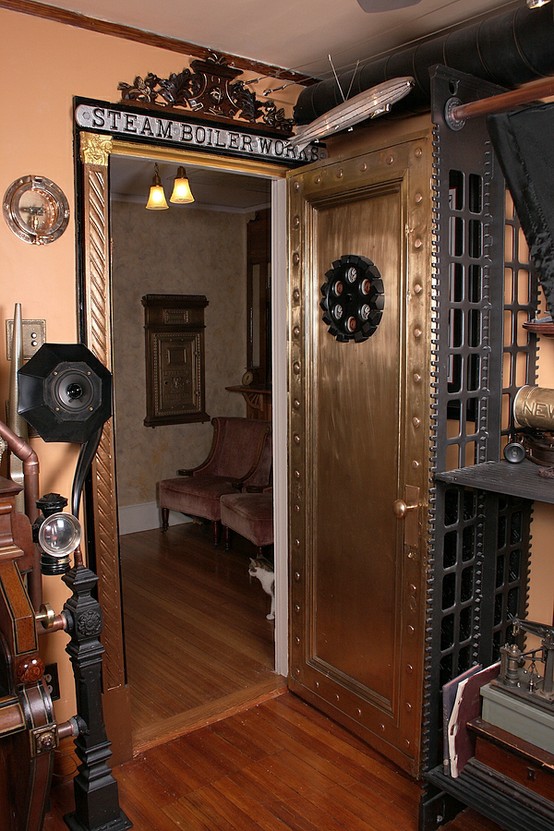 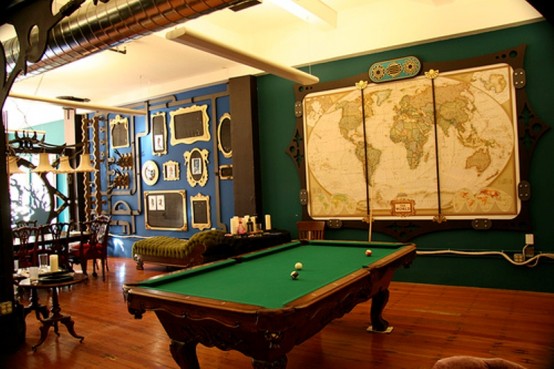 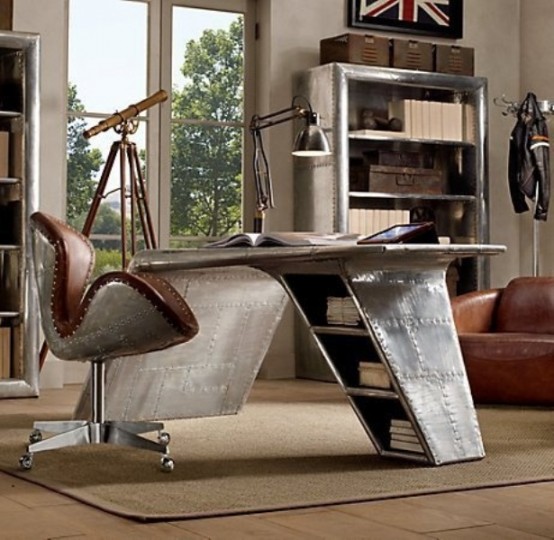 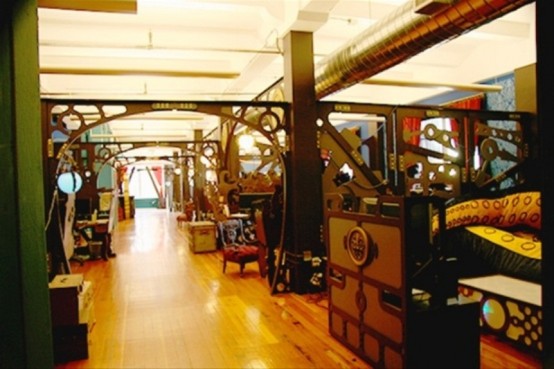 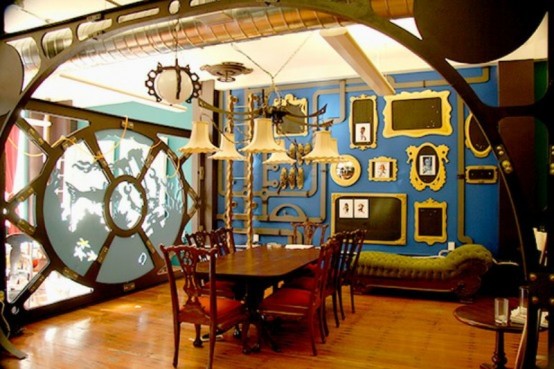 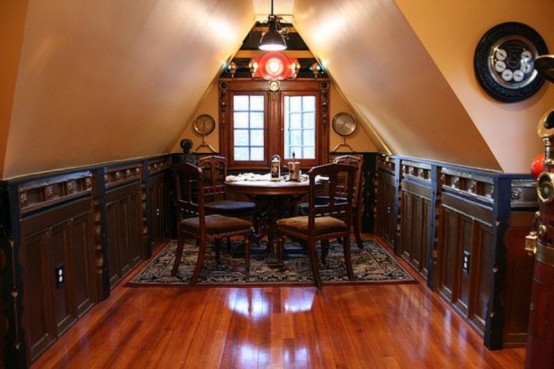 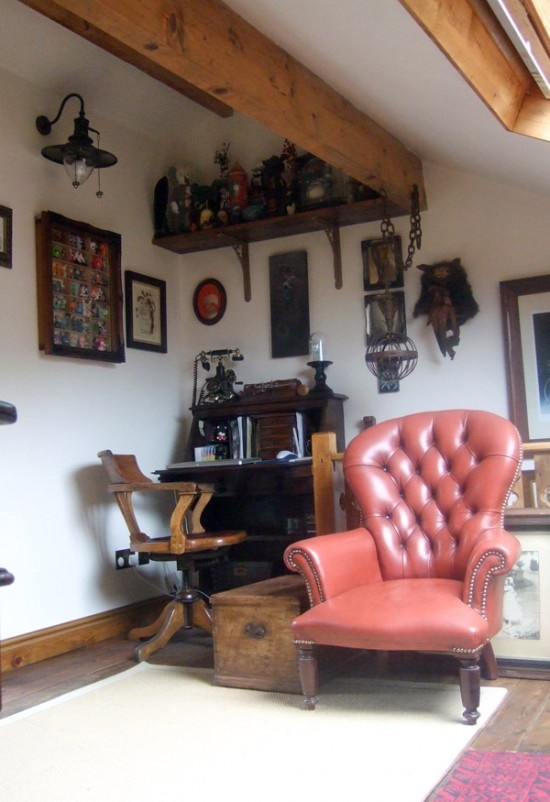 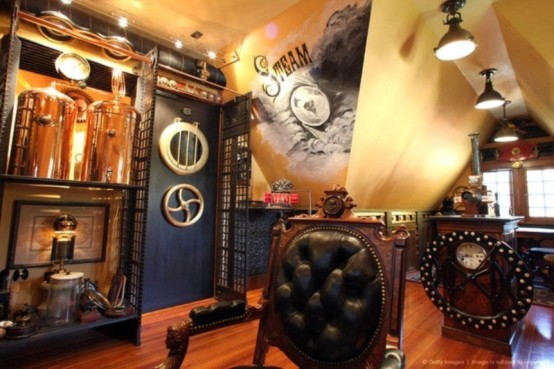 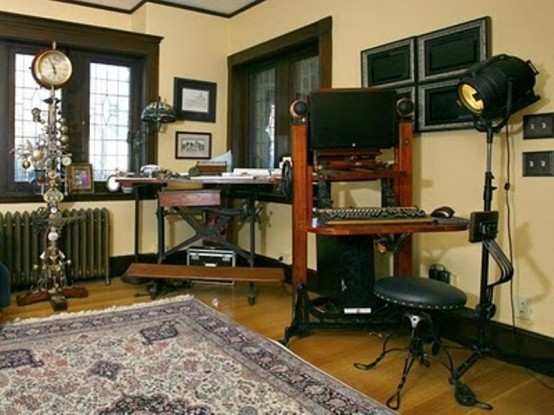 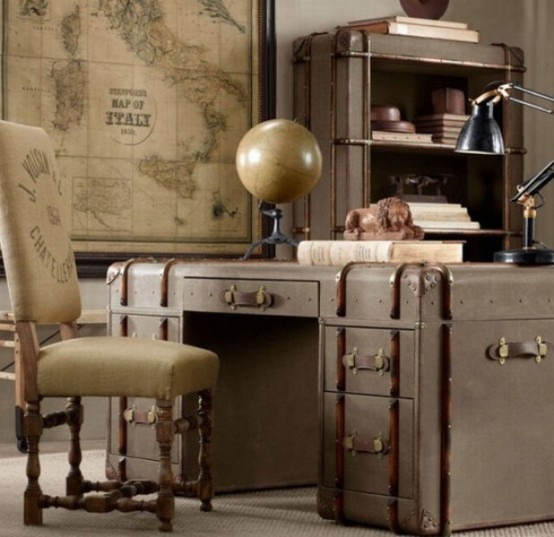 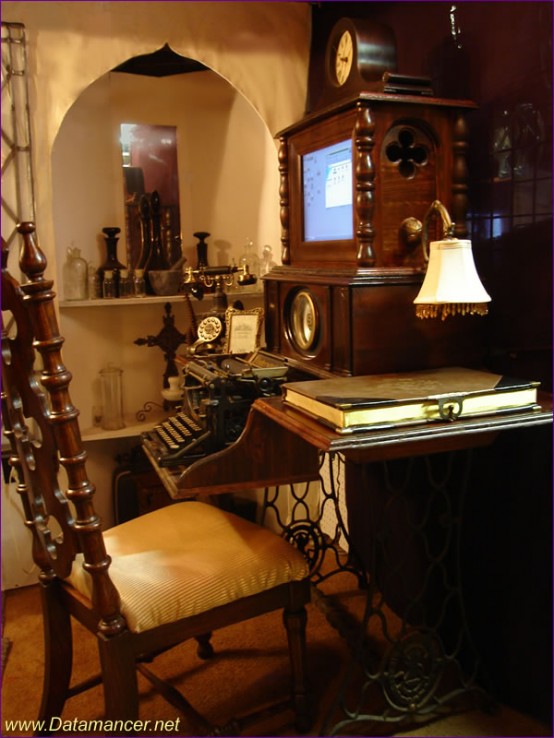 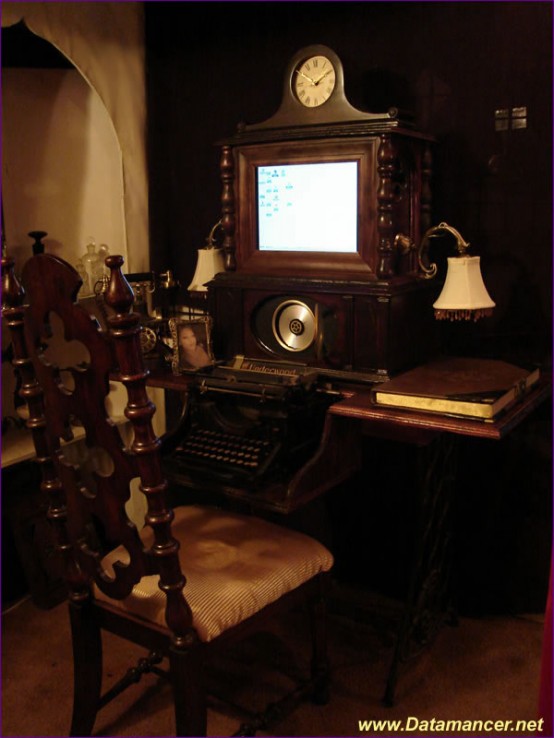 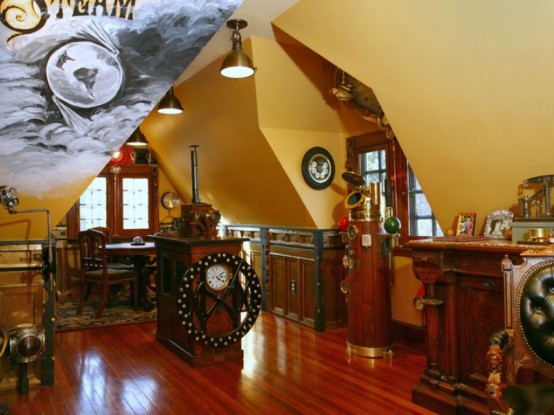 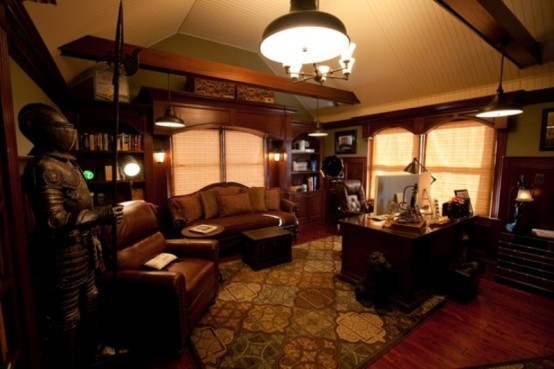 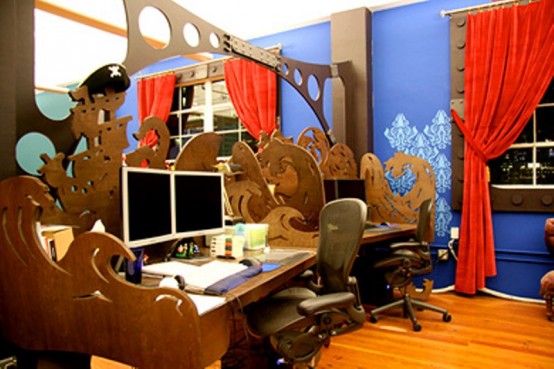 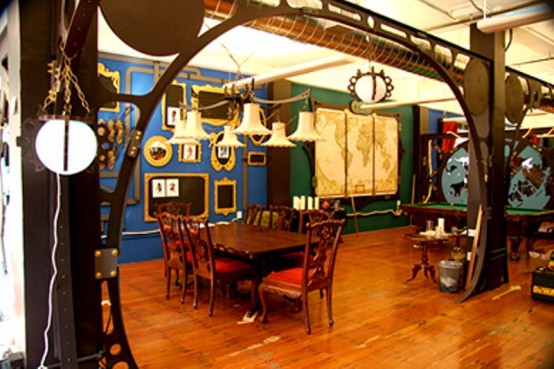 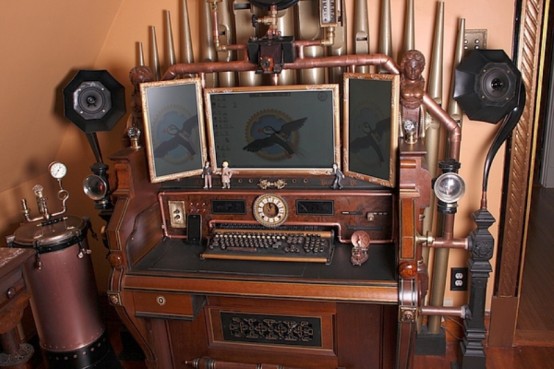 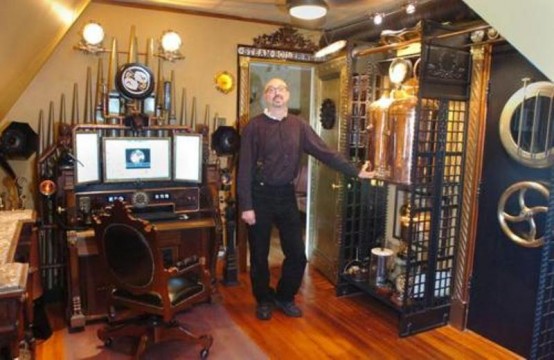