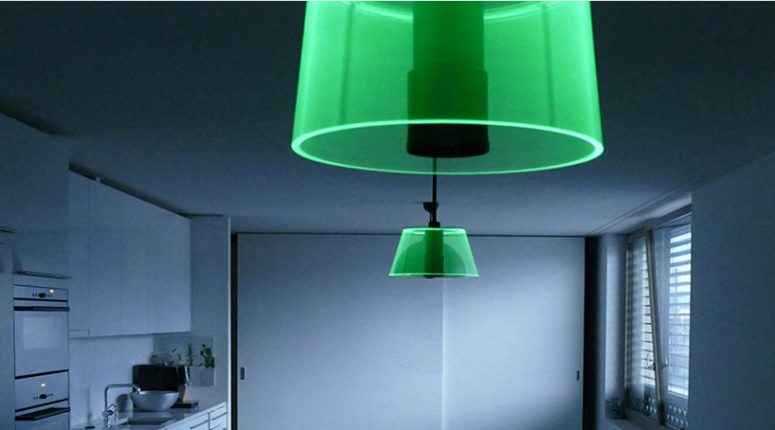 In the age of digital technology, Swiss-Italian designer Leonardo Novella from NDF Zurich has revolutionized the lighting industry with its smartphone controlled POVLAMP — the first of its kind. The product is an interactive ceiling lamp, controlled by a smartphone, able to create three-dimensional projections of a lampshade. This innovative feature is possible thanks to four-remotely controlled special light-guide profile which are set in motion by an ultra-silent motor with low power consumption.

POVLAMP has an avant-garde and versatile technology with eye-catching features. Indeed, through a smartphone, one can pick different forms and color combinations with interchangeable light-guides and over sixteen million colors — along with two independent LED sources. This last feature ensures that every living and working space is uniquely illuminated. From apartments, bars, shops or restaurants, the POVLAMP is adaptable to any environment. In addition to that, based on the existing settings, people can customize the geometry of the product by following designated light guides.

Composed of a high-power LED source with a lifetime of over 50,000 hours, the POVLAMP can alter between functional and ambient lighting — or a combination of both at the same time. Even more, the pendant light is also specifically designed for the LED to self-cool itself by using the generated air circulation. This airflow produced by the silent motor allows heat emitted from the power LED to be exported. In that way, the lifespan of the light source increases significantly and maximum efficiency is ensured. 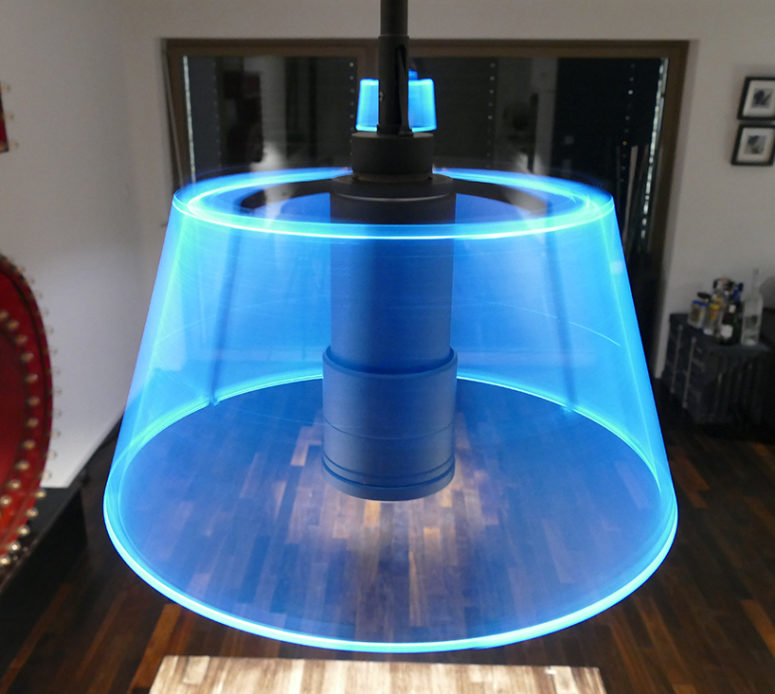 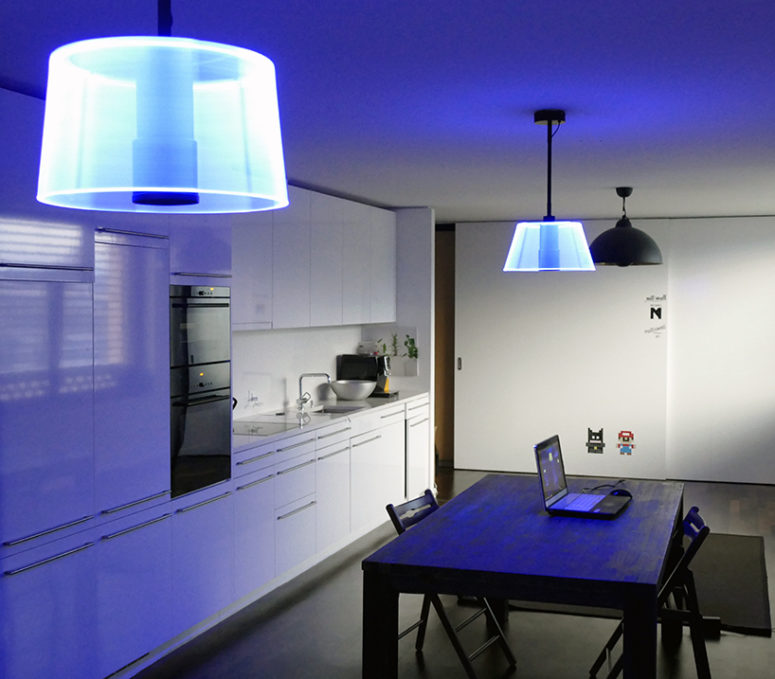 Blue 3D lampshade in the kitchen, with an ambiance light 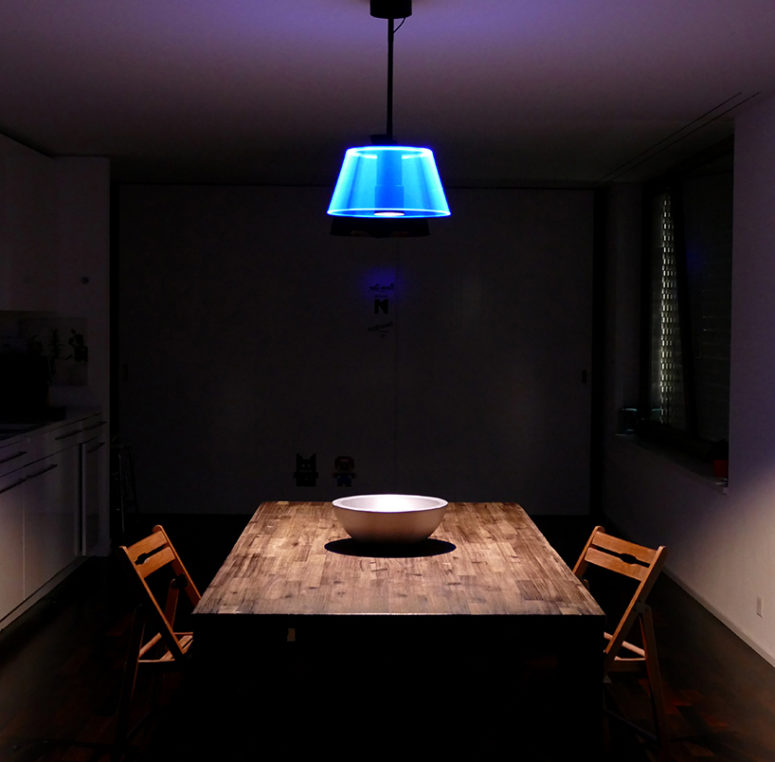 The lamp has two independent lightsources, allowing it to create unique iluminations in any setting 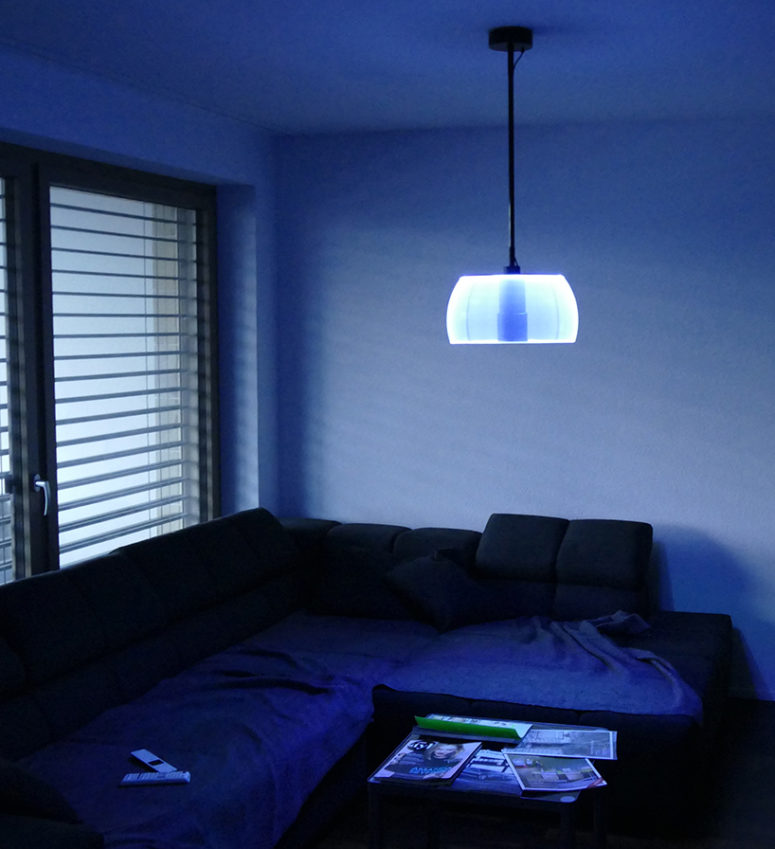 The lamp is versatile in its use and location 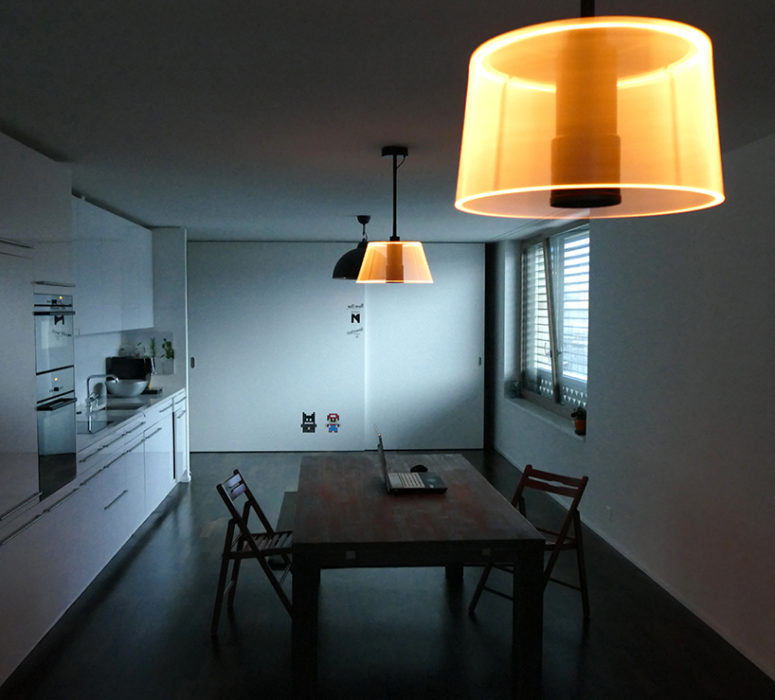 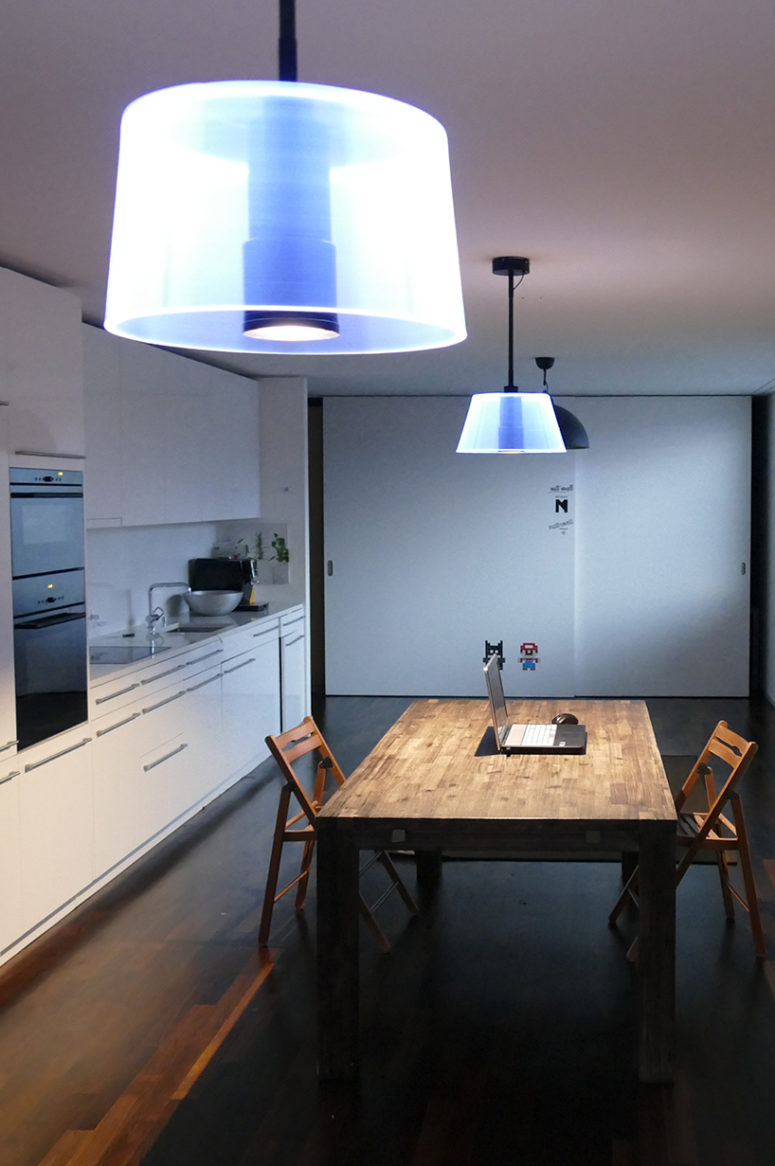