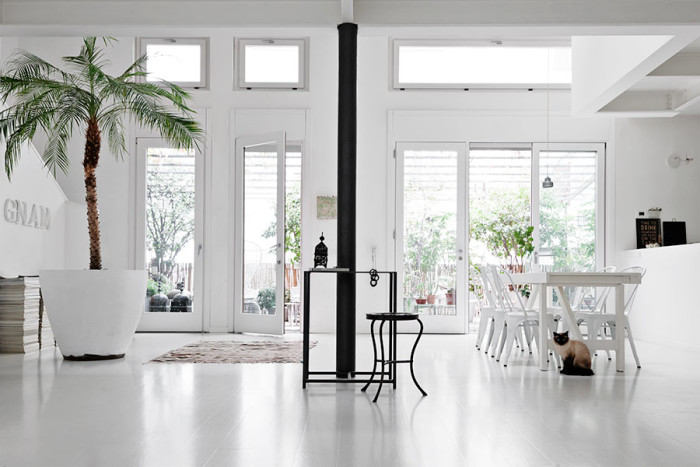 This wall-white house in Milan is decorated in scandinavian style, with mid-century modern items

Laura Dragotti owner of Riad store in Milan, lives in a family house in Scandinavian style that she has completely decorated in white.

The house is 260 square meters, it has two floors and a patio. The kitchen is all white, filled with much light because of double-height windows. The kitchen is like a white box with a play of texture, with vintage furniture and modern sleek surfaces and some lamps hanging from above. Dark floors and carpets create a bold contrast with the whole white space. The dining area is right here, next to the large windows to get the views from the patio.

The living room shows up the classics of Scandinavian style: all white, with various rustic touches like burlap textiles, mid-century modern tables and a faux fireplace in minimalist style. I like simple industrial pendant lamps that seem to be wrapped around the ceiling beam. There’s much greenery in every space of the house, and that gives a feeling of living in the countryside, I’d say Scandinavian countryside.

The patio is urban jungle that separates the house form the city around. There’s a small forest of palm trees, various flowers and Mediterranean shrubs that climb the arbor and create a green roof in the spring. You can also see some stylish woven furniture by Patricia Urquiola. 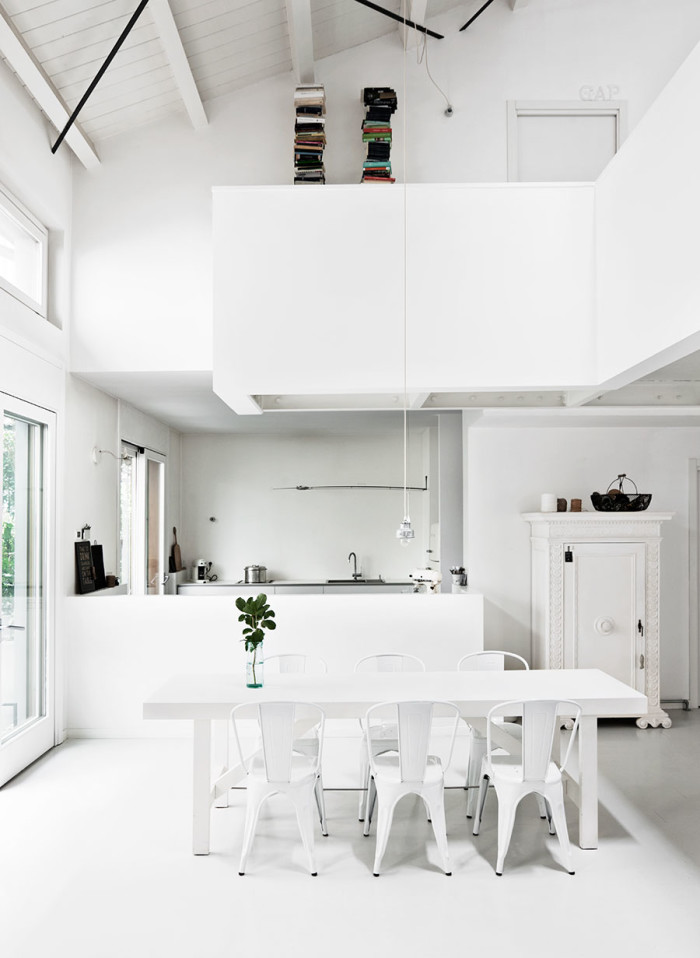 The kitchen is white and serene, it gets an advantage from the double-height windows, they show the patio and bring much light in 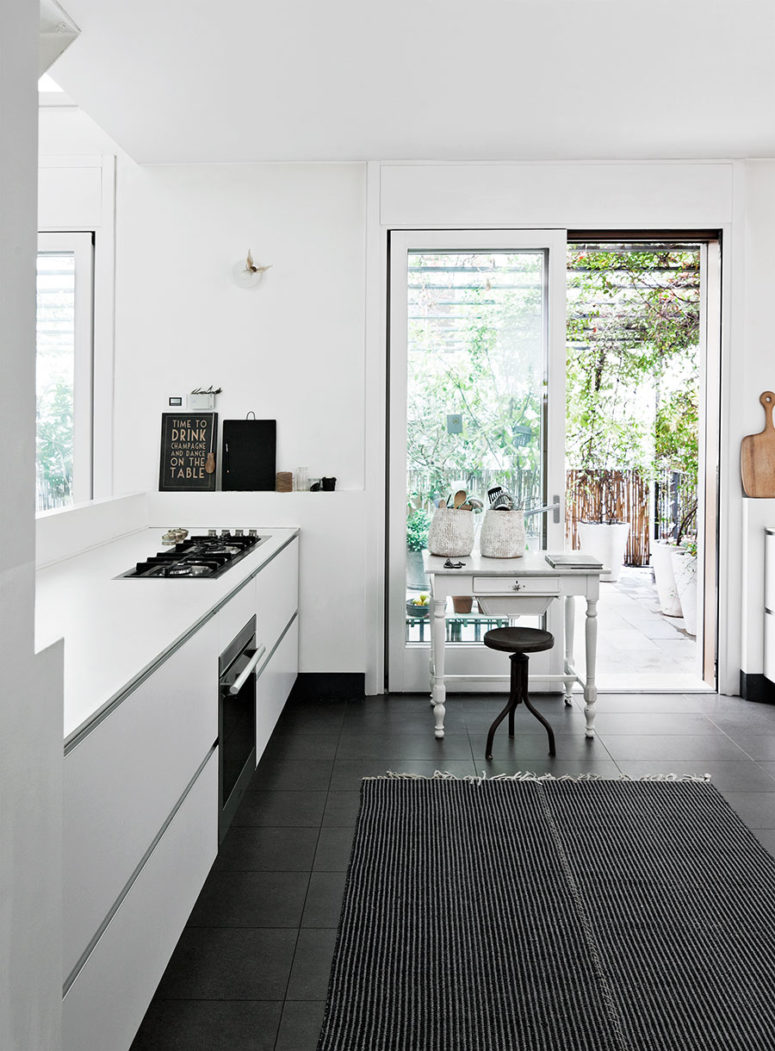 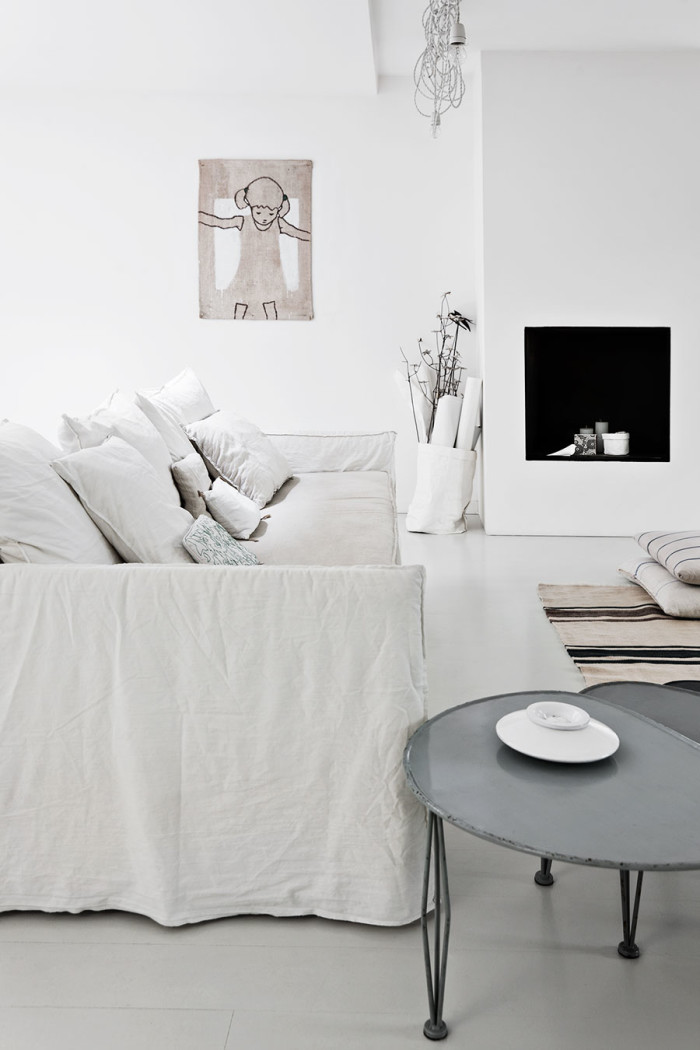 The living room is Scandi classics, with a faux fireplace, rough white textiles and even burlap 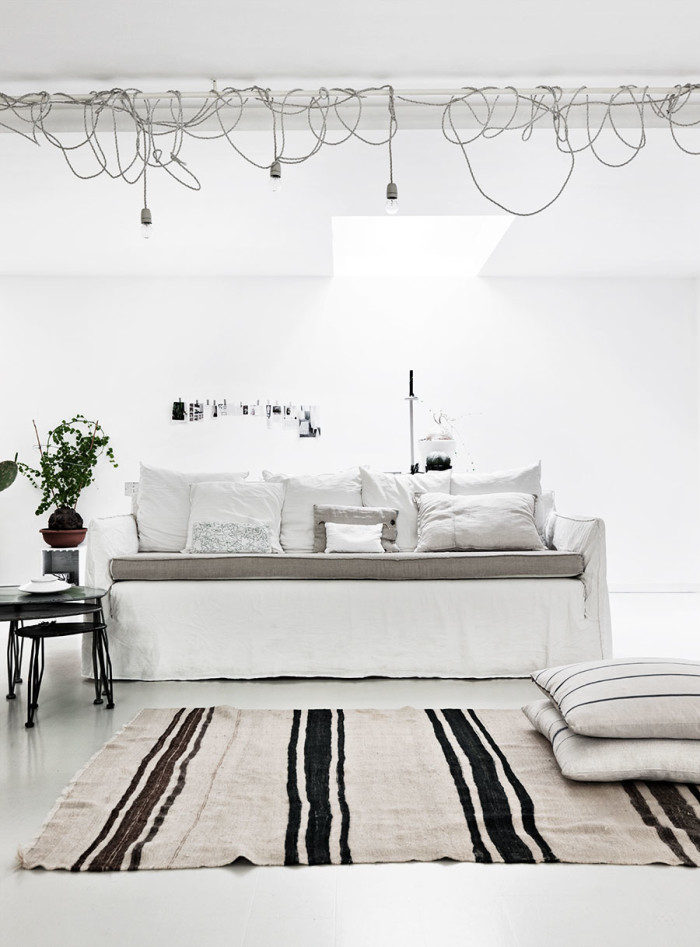 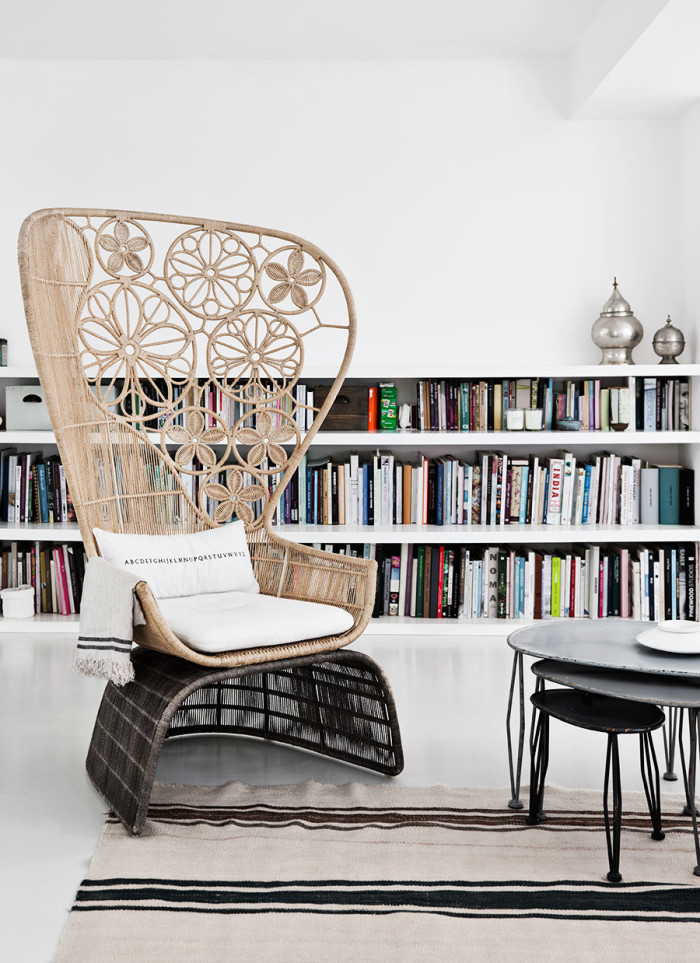 A woven boho chair stand out from this white glazing 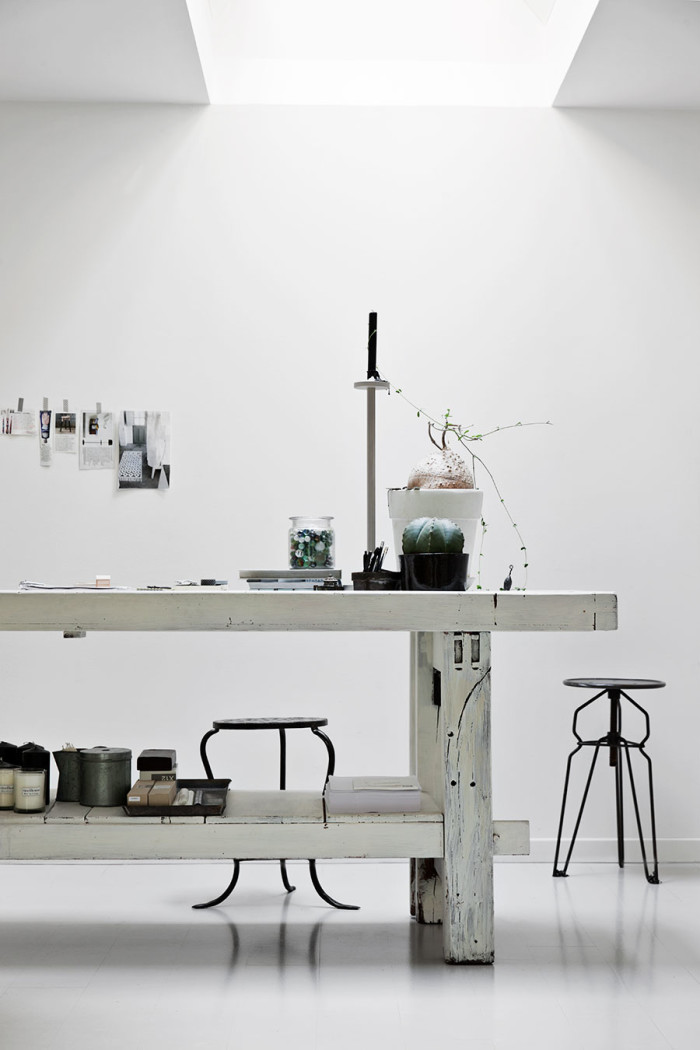 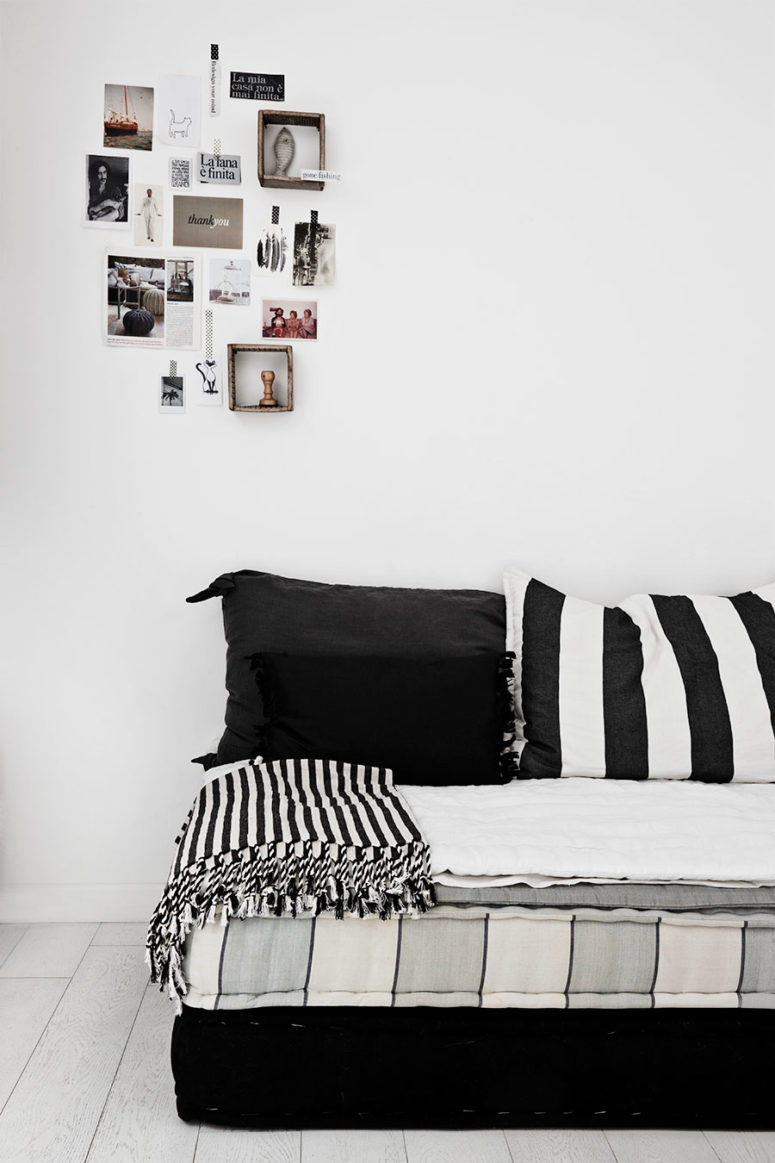 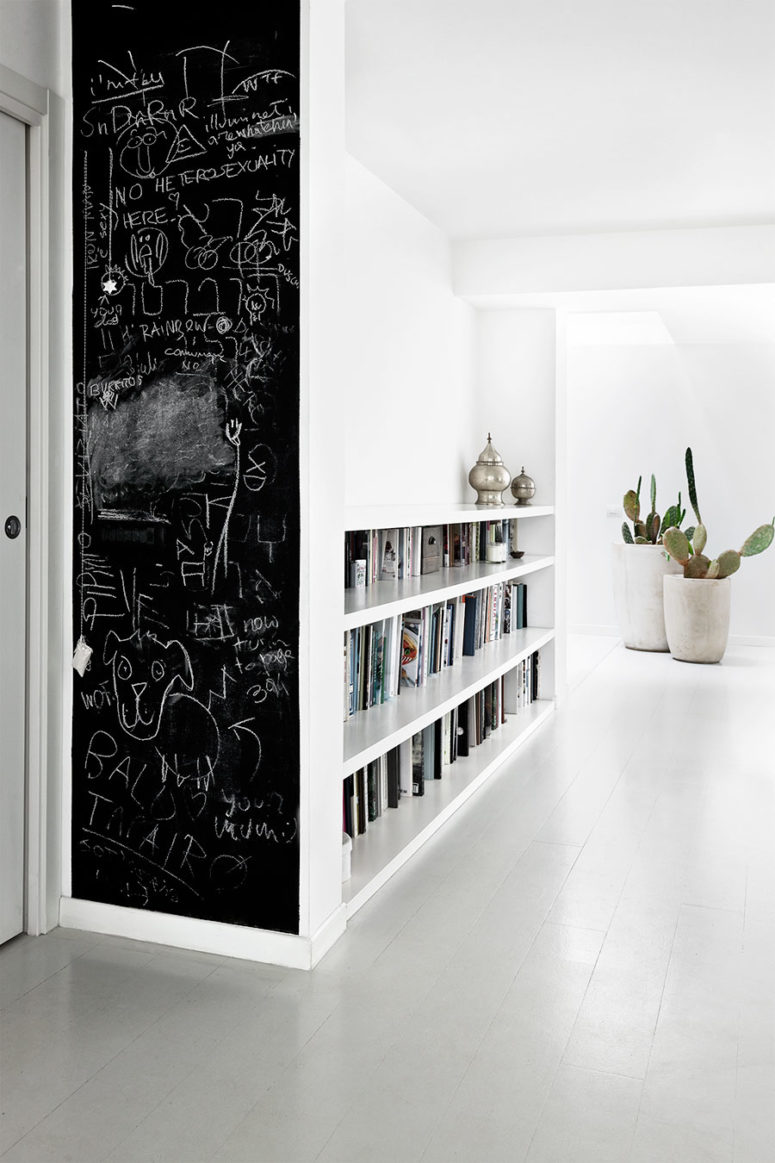 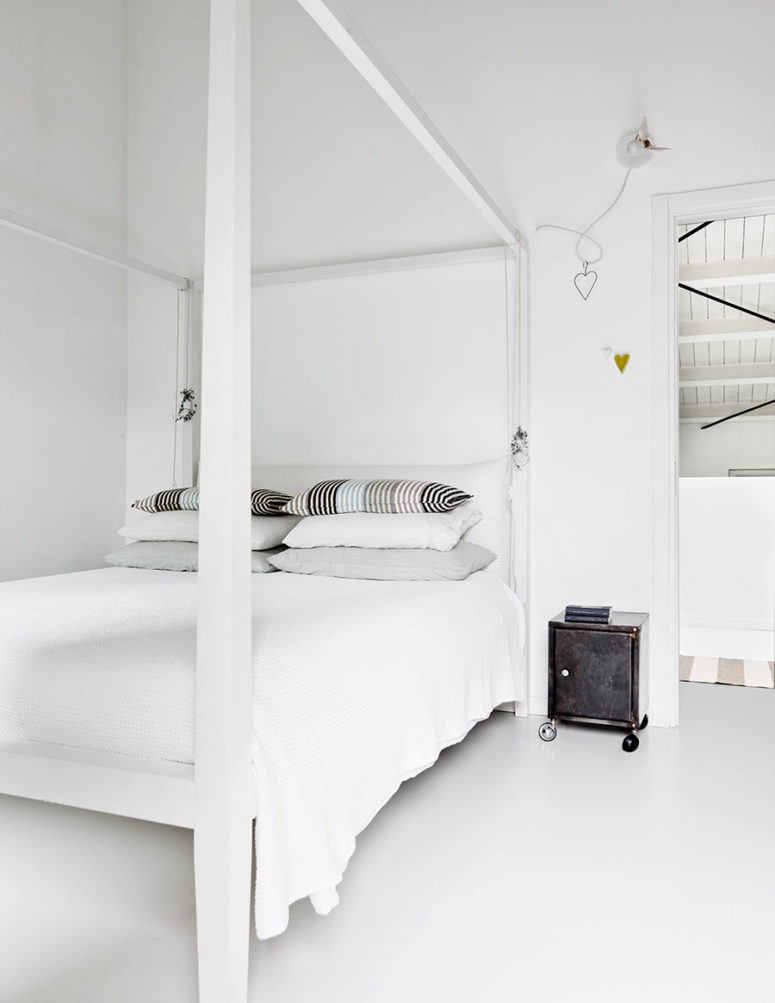 The master bedroom is crispy white, with a large canopy bed and dark mid-century modern nightstands 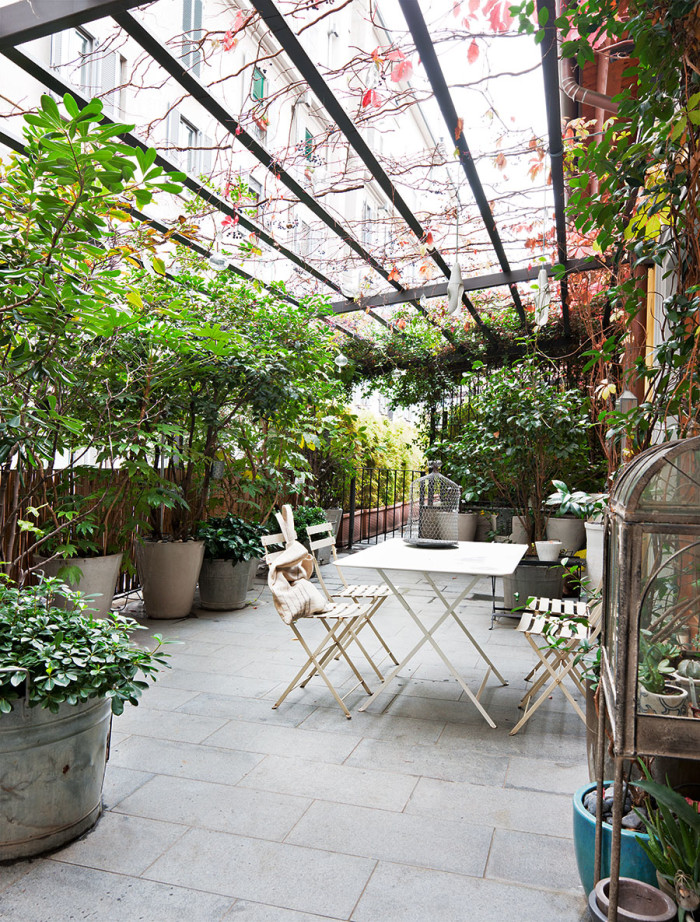 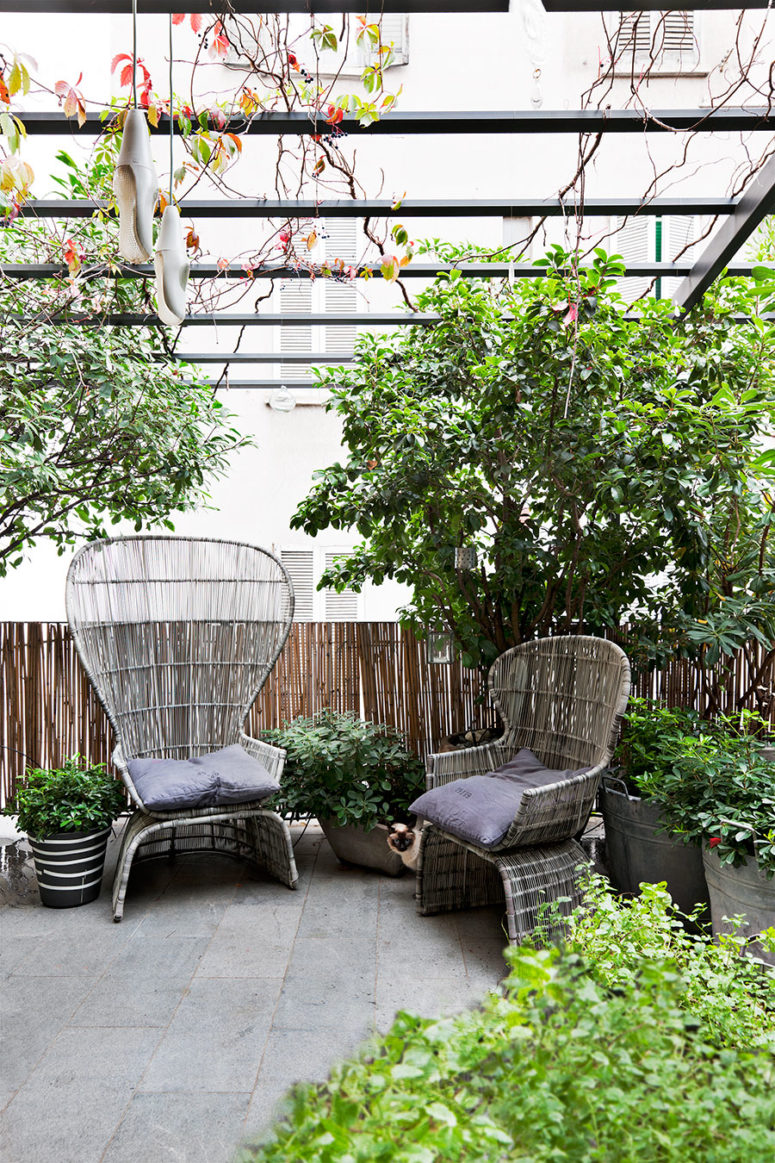 Mediterranean shrubs climb up the arbor and create a living roof 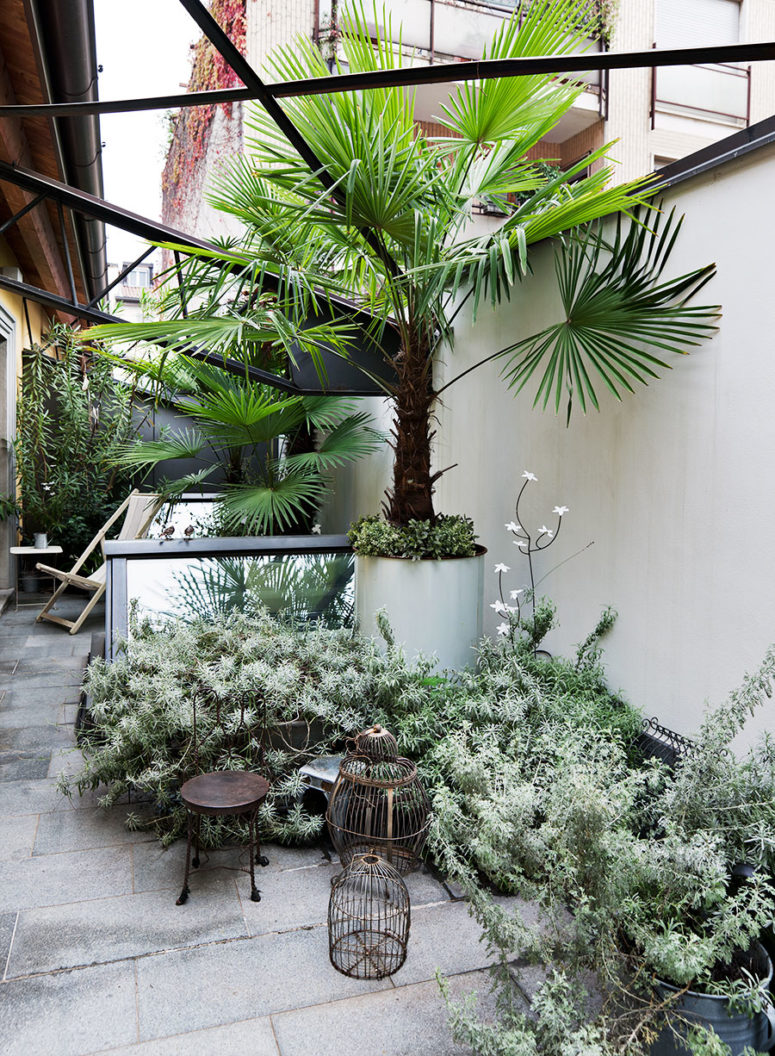