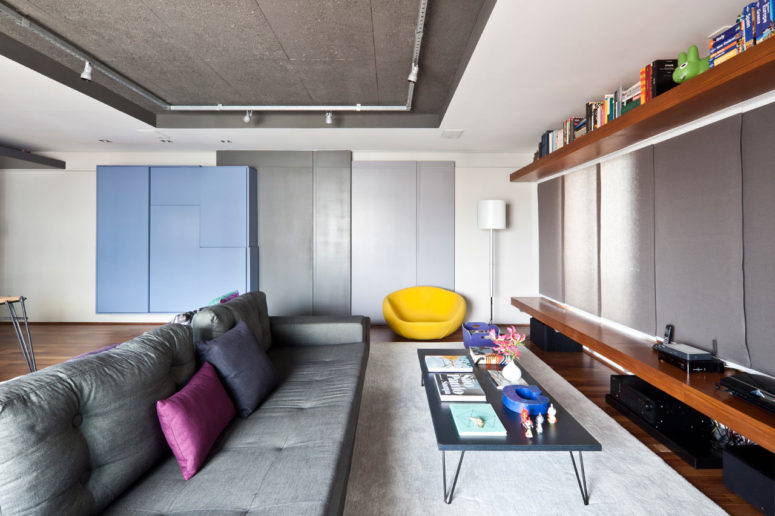 Located in São Paulo, Brazil, the 120-square-meter BP Apartment is home to a man that likes to host parties for small groups of friends. To make that happen, SuperLimão Studio were hired and they got to work opening the spaces up and organizing a better layout. To enlarge the spaces, environments become integrated and organized by the projected joinery.

The décor is modern and bold enough as the owner is rather young and the space is aimed at giving small parties. The colors used are black, grey, blue, yellow, turquoise, purple and some other, the backdrop is done in grey and white to make this colorful ambience possible.

A blue box was built between the open living space and the bedroom to house storage and a full working bar, which is important for parties, and the bedroom got privacy with this closed cube. The sliding door slides into a slot within the box to form a cubic wall sculpture seen from the living room side. A bench and a bookcase goes all over the living room and now extends to the elevator lobby, receiving a special automated lighting scenarios and a sofa – designed by the office – which can be used on its two sides.

Apparent facilities become aesthetic elements, as well as the structure of the building that has been stripped and is now framed and illuminated in the toilet. The sofa has seating on both sides virtually doubling the seating in the space. 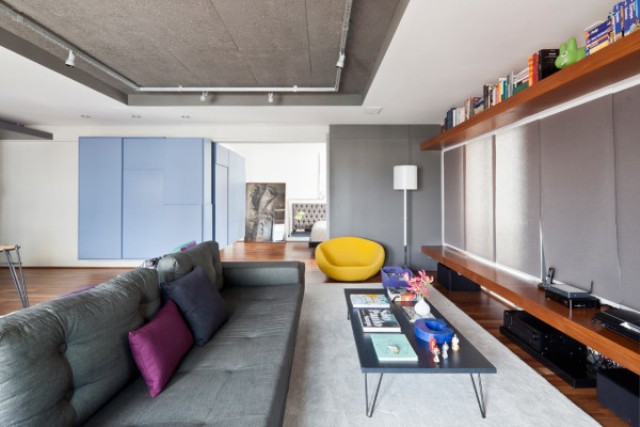 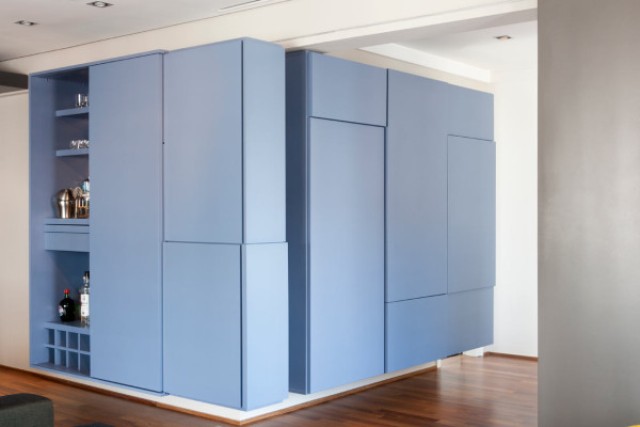 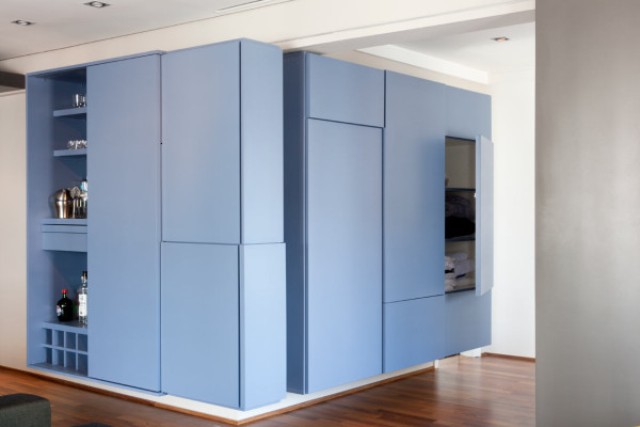 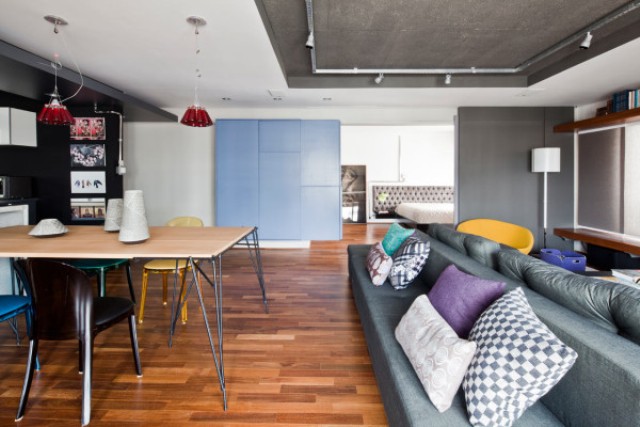 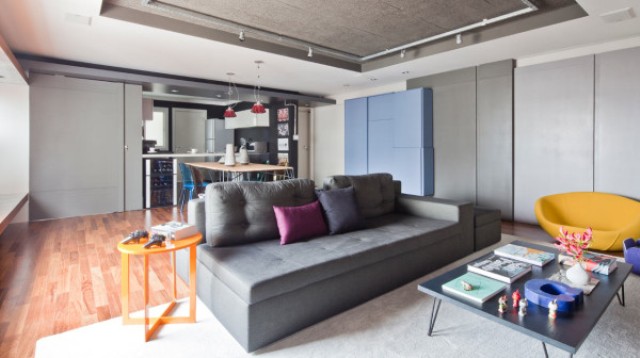 The ambience is rather colorful as it will be used as a party space, and the decor is modern 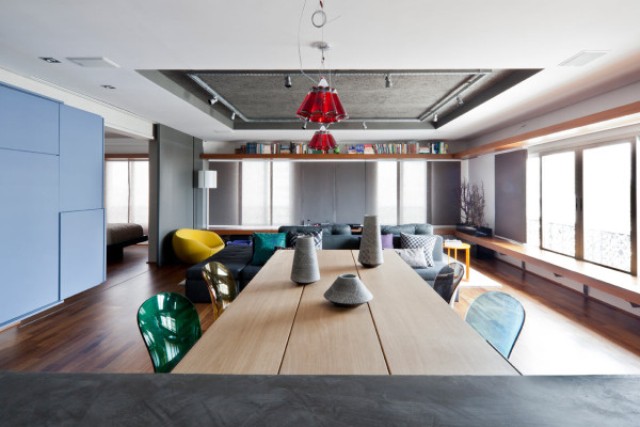 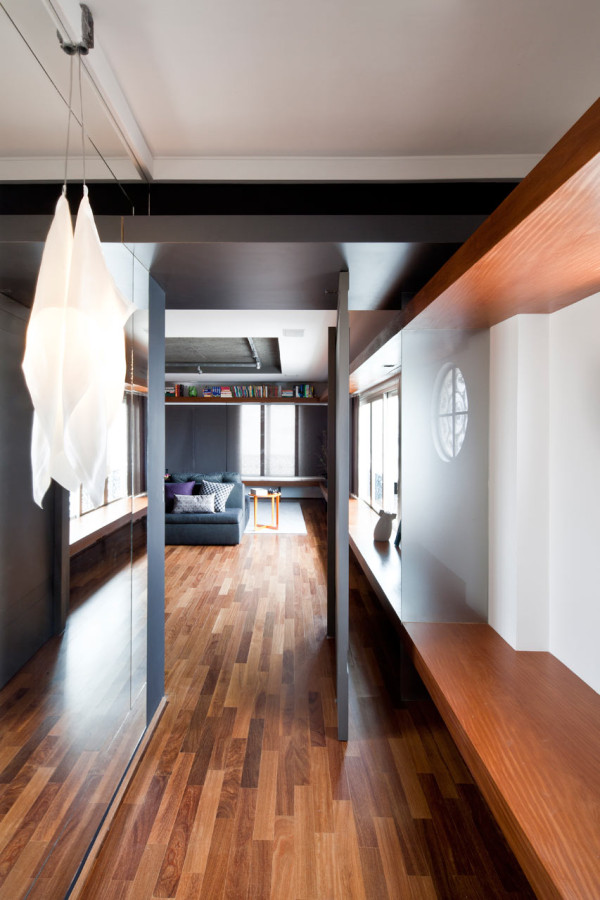 Warm woods were used to give coziness to the interior 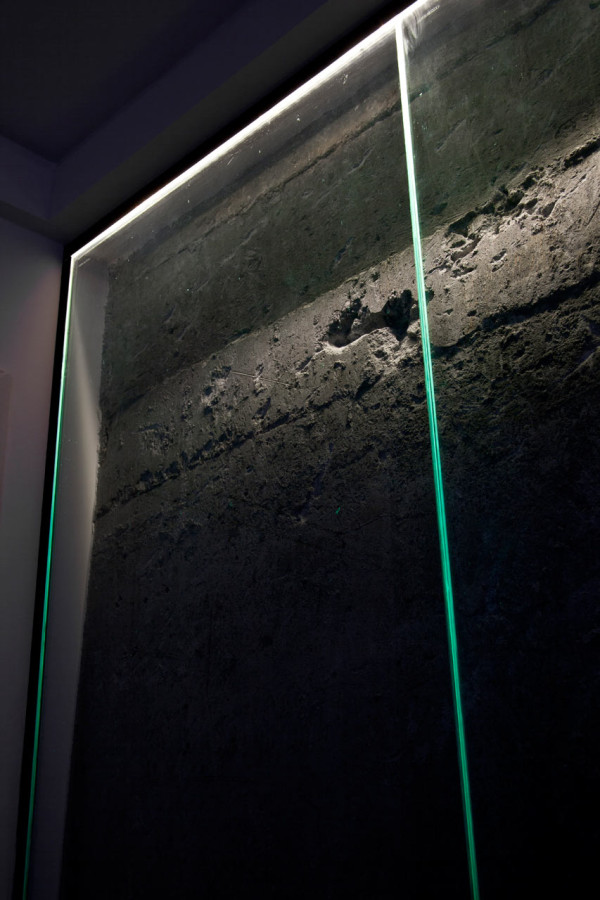