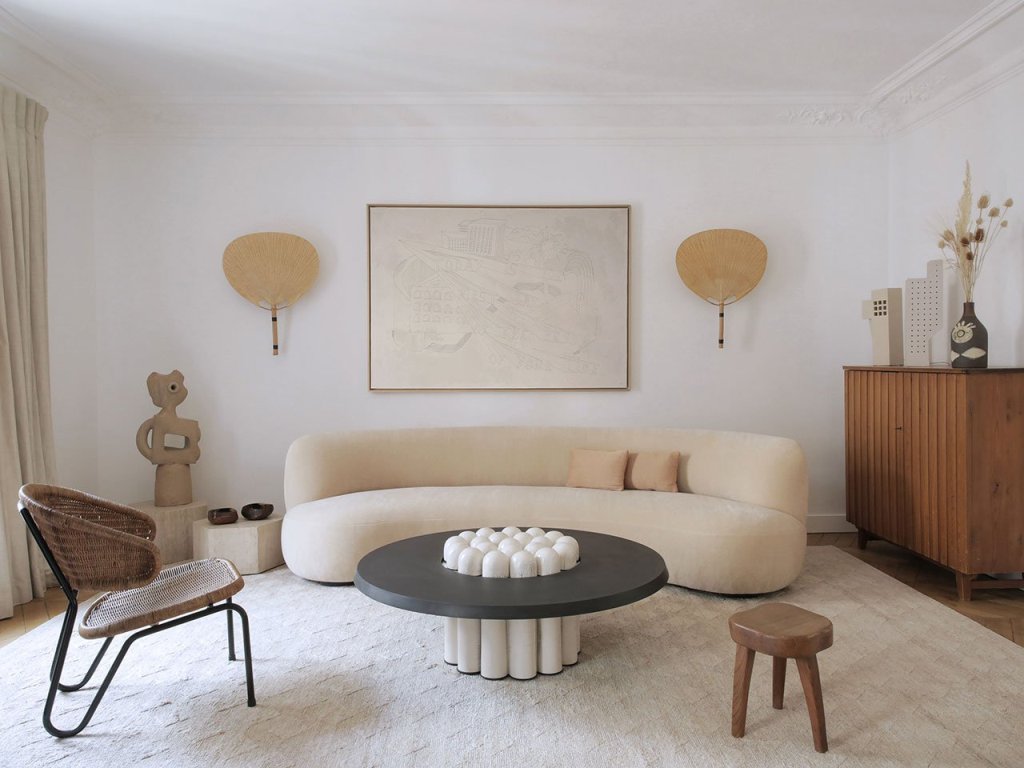 Given carte blanche by the owner, French interior and furniture designer Emmanuelle Simon approached the renovation of the 85-square-metre Haussmannian apartment in St. Germain as if composing a painting. Rather than using color though, she relied instead on a tactile vocabulary of natural textures and a visual language of abstract forms, manifested by an eclectic collection of antique, vintage and contemporary furniture and artworks, including numerous pieces she designed herself. The result is a series of immaculately curated, resolutely modernist interiors that reflect the French designer’s heightened sense of refinement, keen eye for detail, and passion for craftsmanship.

Opting for a light-touch renovation, Simon has complemented the apartment’s original parquet floor and decorative ceiling moldings with a subdued color palette of white, cream and earthy tones such as sand, limestone and terracotta. What the interiors lack in color, they more than make up in texture, courtesy of repertory of natural materials such as wood, rattan, lava stone and ceramic, while the muted color scheme allows the eclectic collection of art and design to take center stage.

The project includes several furniture pieces that Simon has designed, such as the round coffee table in the living room. Made from lava stone and Raku – a type of Japanese pottery whose firing process produces great variety of colours and surface effects – the coffee table functions as a focal point around which everything else unfolds. Gently “hugging” Simon’s table, a curved sofa in Pierre Frey mohair fabric by Pierre Augustin Rose, a collaborative brand founded by antique dealers Pierre Bénard and Augustin Deleuze, and designer Nina Rose, is juxtaposed with the hexagonal travertine and a series of mid-century pieces like a rattan chair by Dutch designer Dirk Van Sliedregt and a pine sideboard by Swedish designer Goran Malmvall, both from the 1950s. 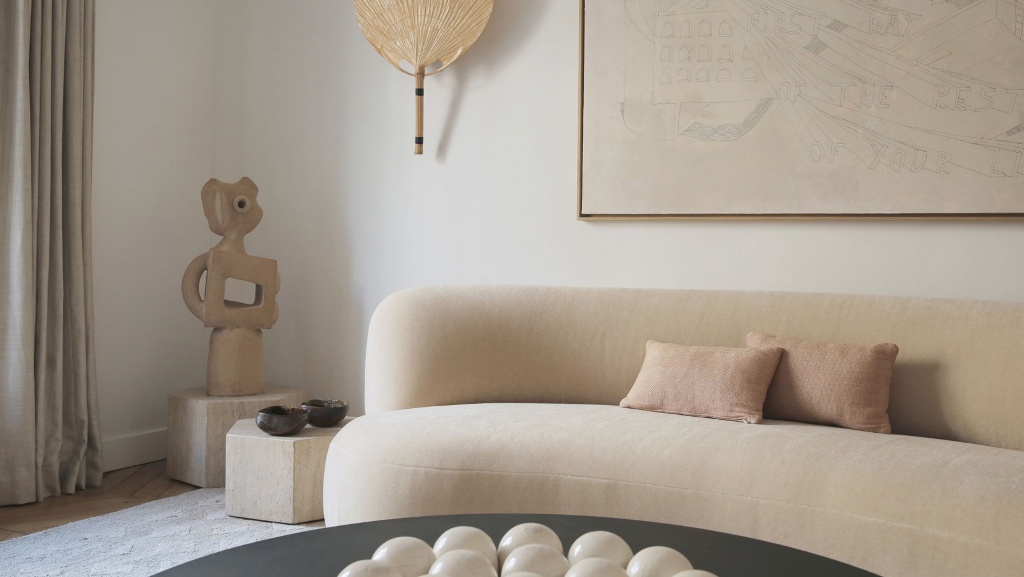 There's a unique coffee table, a cool artwork and some vintage accessories here 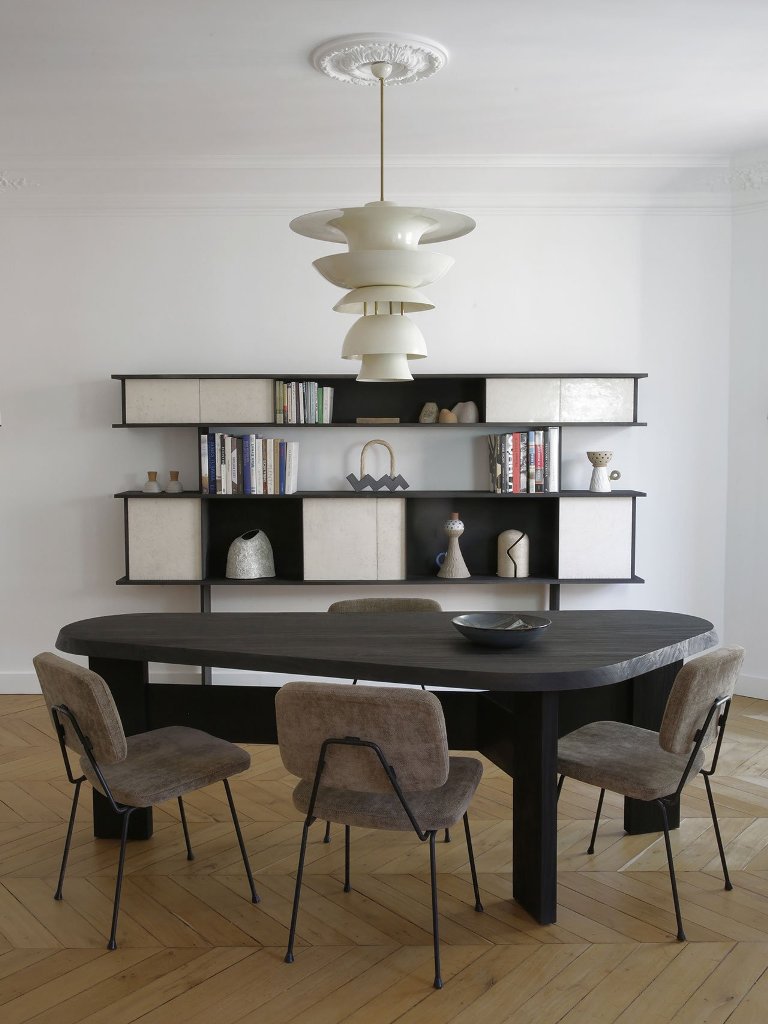 The dining space shows off a dark wooden table, some cool chairs and a refined storage piece at the wall 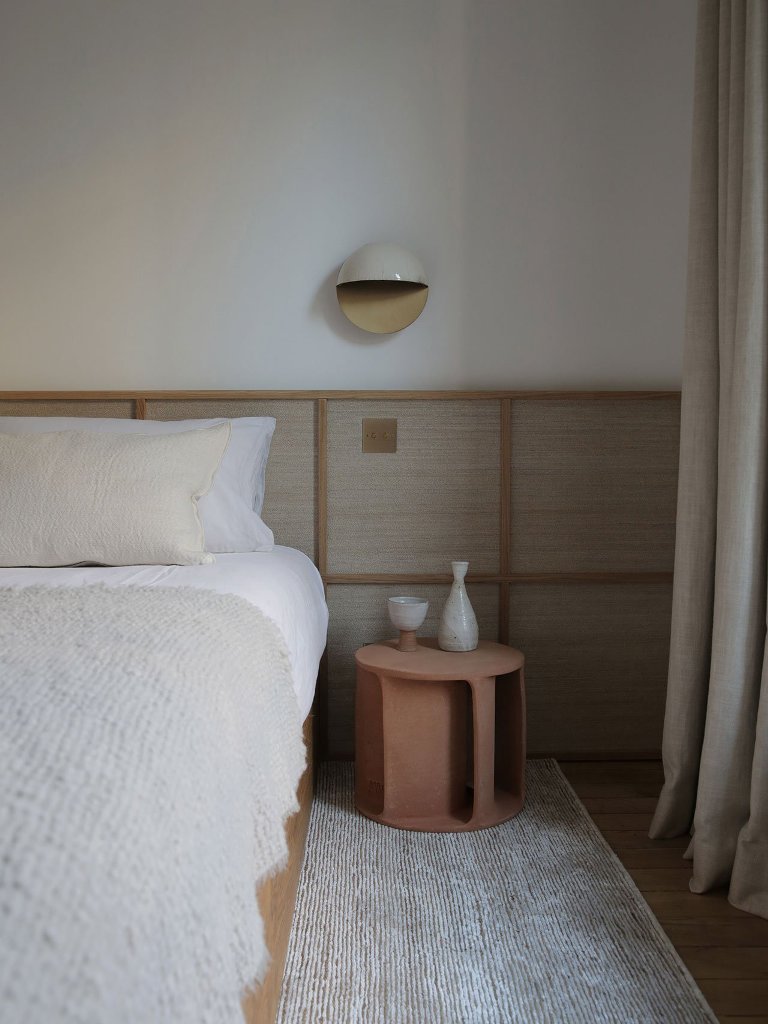 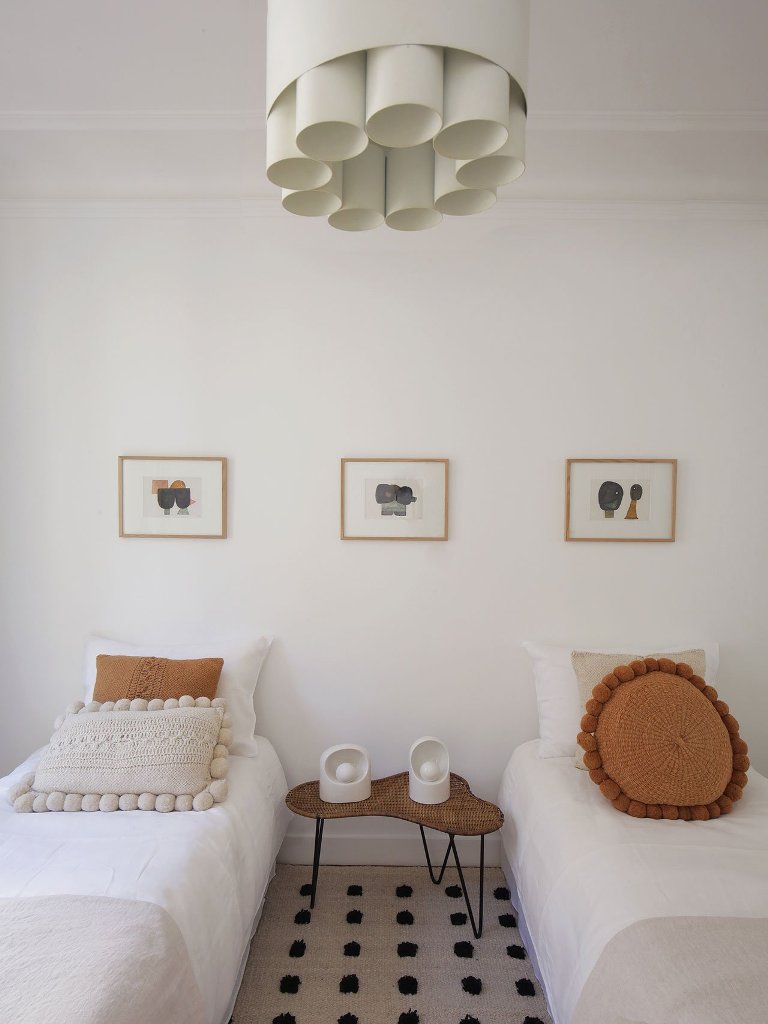 The guest bedroom shows off a woven table, a cool tube chandelier and some bright touches 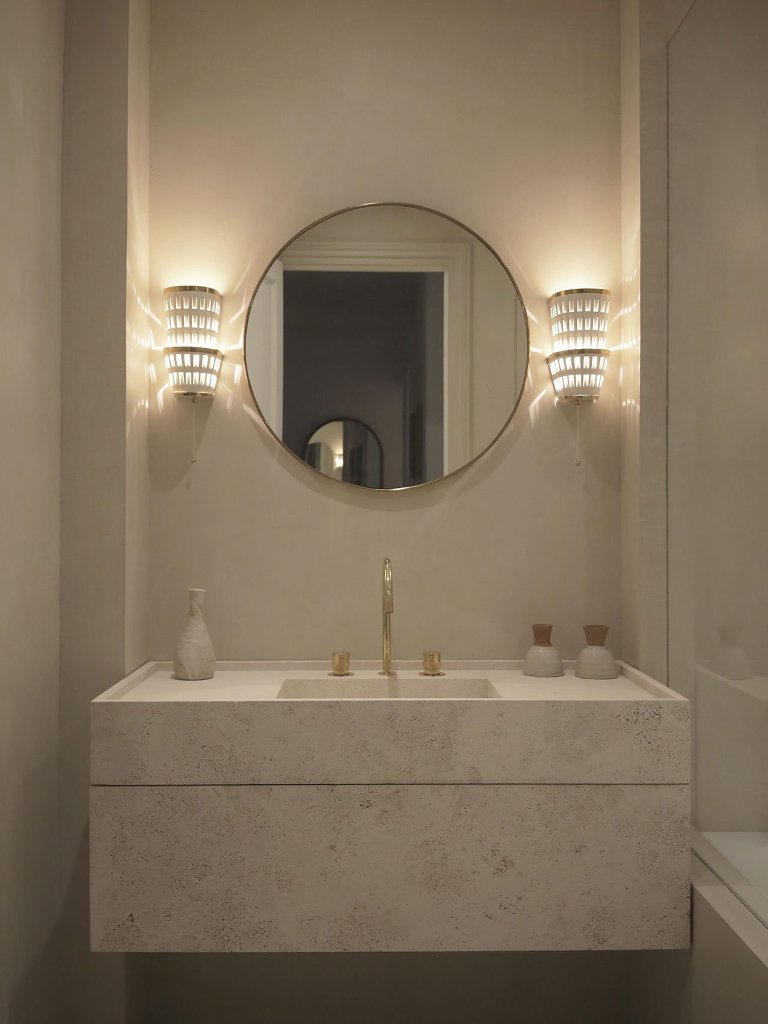 The bathroom is neutral, with a marble vanity, gold fixtures and chic wall sconces