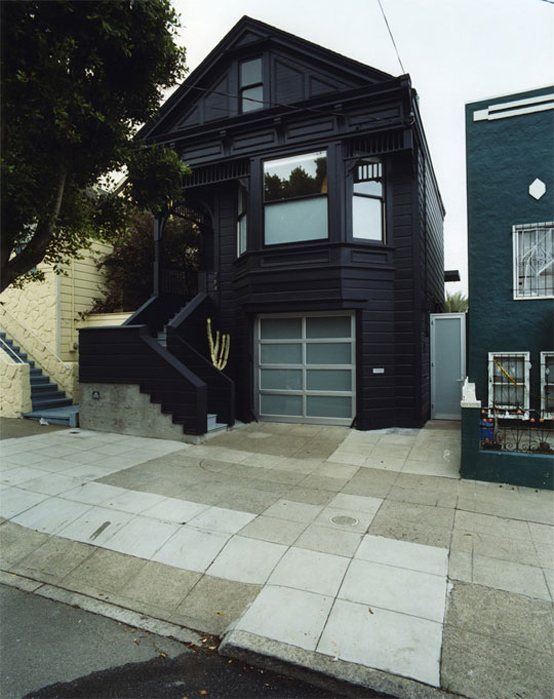 Clipper Street Residence is a redesigned by Envelope A+D tattered Victorian duplex – two stacked flats with a typical series of dark, cellular rooms – in San Francisco’s Noe Valley neighborhood. After redesign it looks like it has been visited by Space Invaders thanks to a blue-black monochrome exterior. Almost all partitions in both flats were erased in order to take advantage of the natural light and openness. The lower level become a creative studio while the second level was developed into kitchen/living/dining space. The floor and the ceiling were pared back to its rough surfaces, exposing the gabled roof volume with its rough-sawn collar ties and raw redwood wood boards of the underside of the roof. The original douglas fir subfloor was extensively patched and left raw. 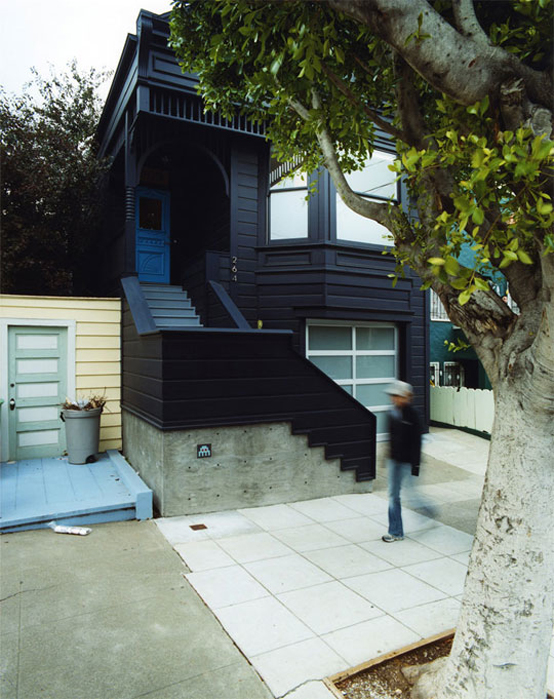 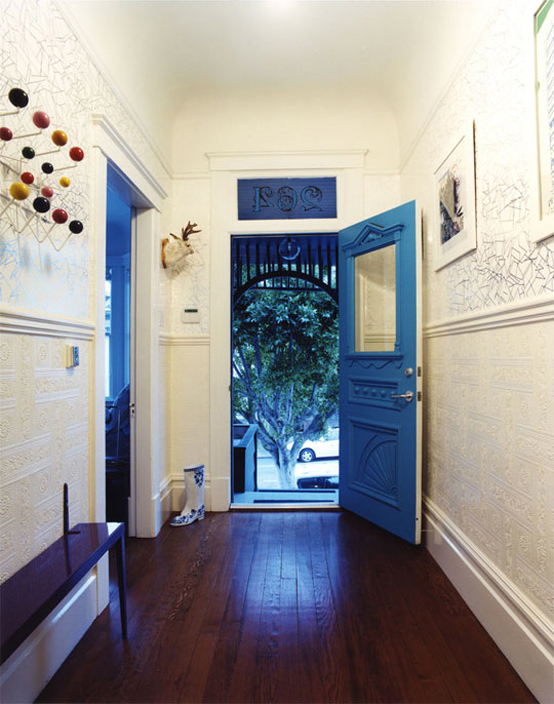 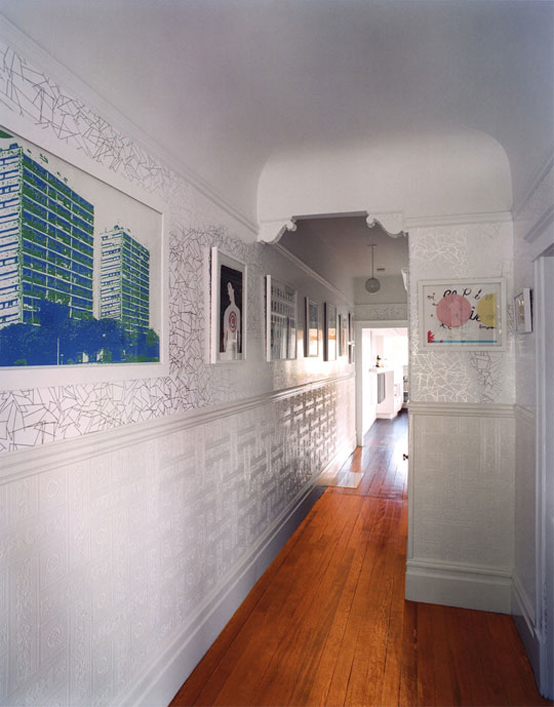 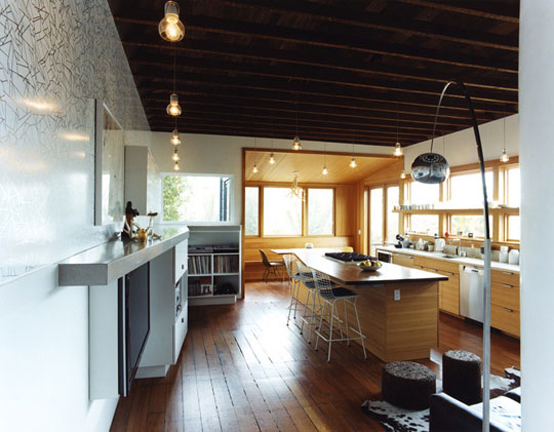 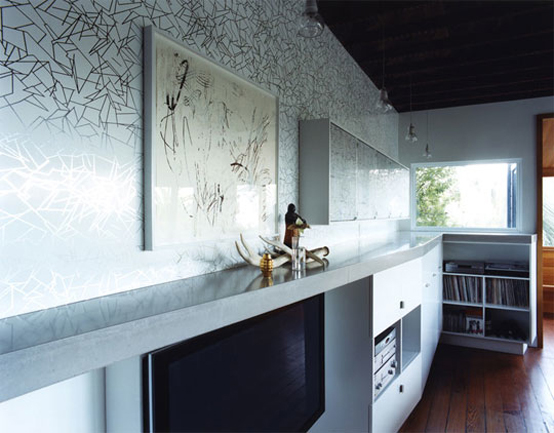 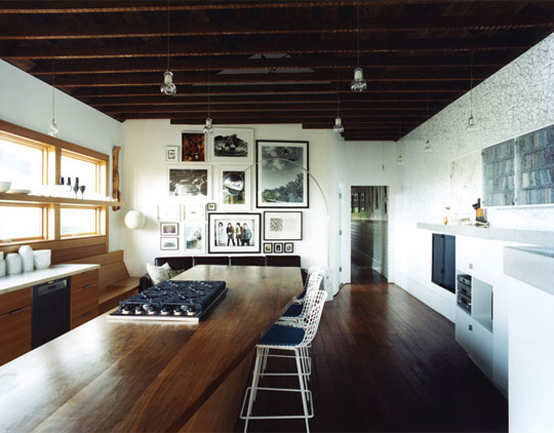 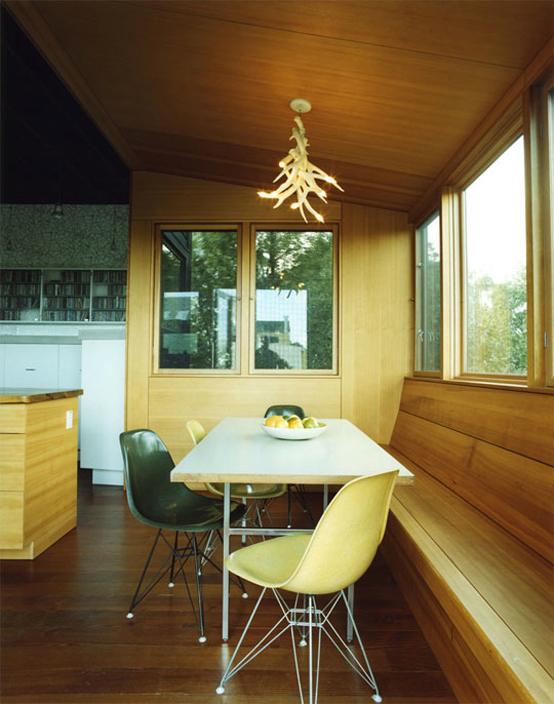 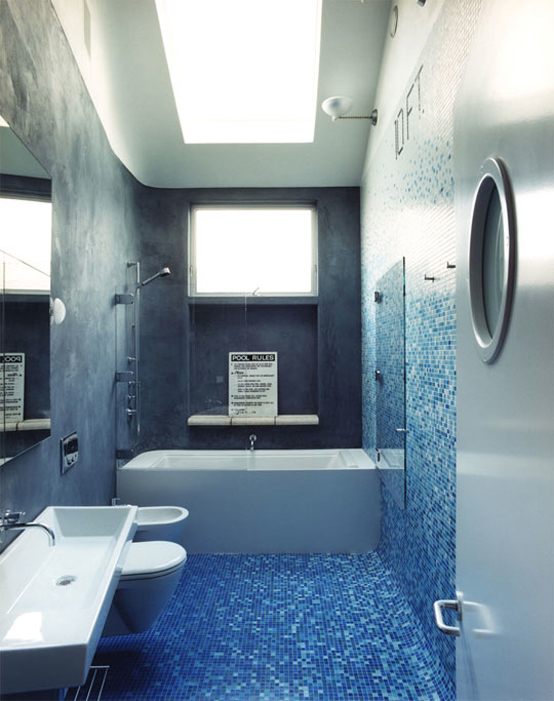 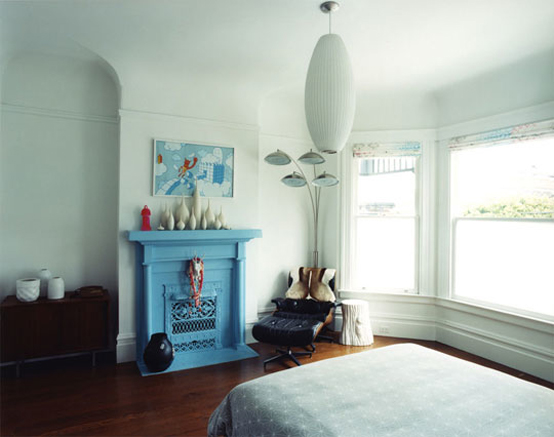 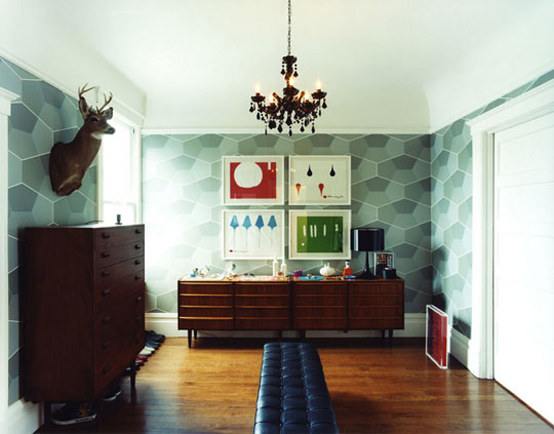 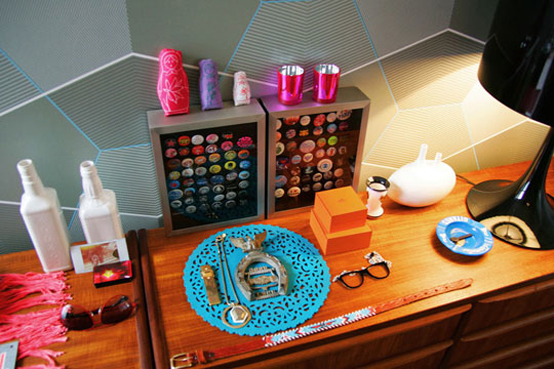 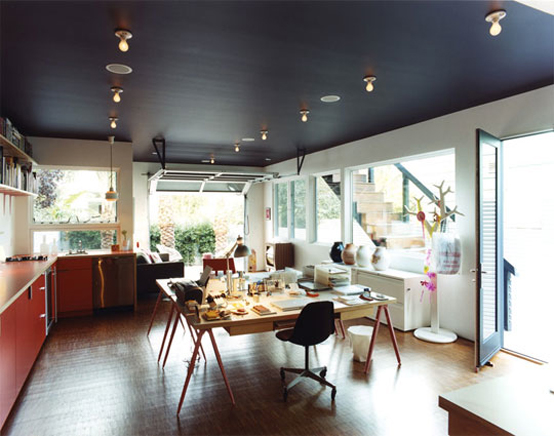 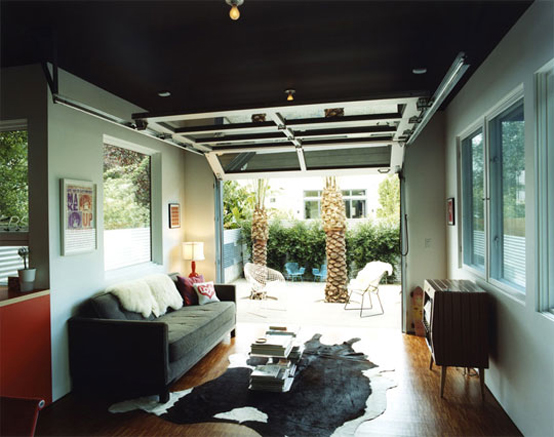 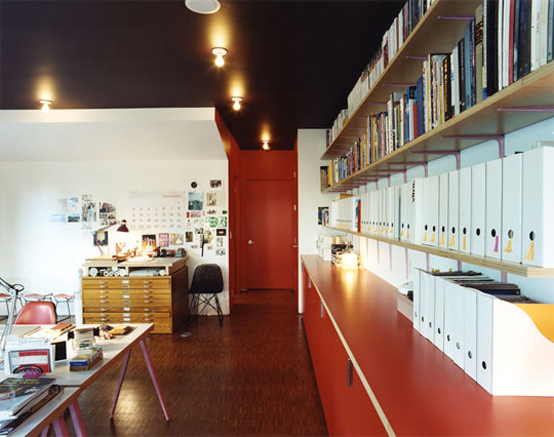 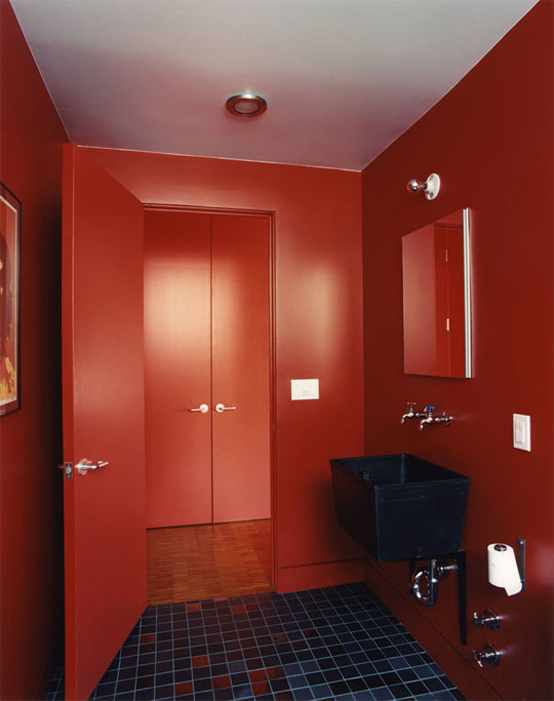