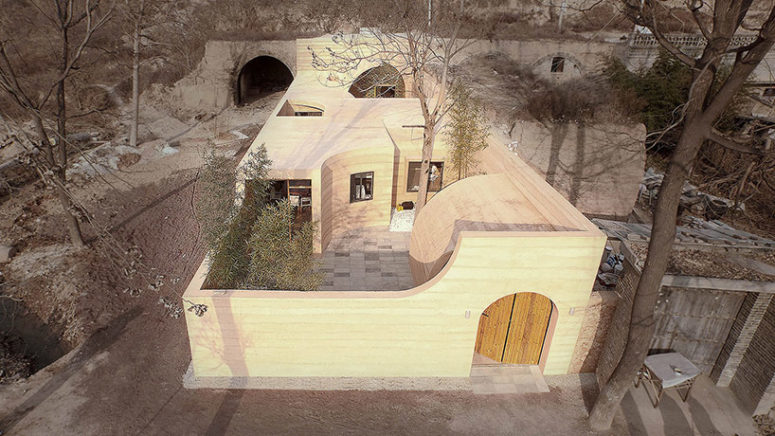 This unique Cave House is situated in China, on a plateau next to the original cave dwellings

The Сave house in Loess by Chinese studio Hypersity architects renovates a derelict traditional cave dwelling in the Shanxi region of china into an updated home of rammed earth for a local internet star. The site consists of a large barrel vaulted recess in the earth with a large front courtyard that contained a cluster of three smaller dwelling along the southwest side. The architects began by demolishing this auxiliary volume to open the courtyard entirely and begin from the basic core elements of the site: a large cavernous space and an open forecourt.

In order to re-establish the boundaries of the site the architects began by rebuilding the perimeter wall that provides both structural support and privacy. Rammed earth was chosen to merge an architectural aesthetic with historical significance, alluding to the earth that has always existed as a building material manifested within a contemporary context. The large courtyard underwent the most significant transformation, now containing a bedroom, dining area, bathroom, storage rooms, and a kitchen housed in five offset volumes that form between them five open-air courtyards ensuring natural southern light makes its way to every space.

Taking the form of the barrel vault, curved walls and ceilings on all axes transition from room to room, form openings in the roof plane and act as shade structures. The original cave was renovated and converted into the primary living room and the grandmother’s room, in succession. Between the interior and exterior, a timber screen wall allows light inside while obscuring views from the larger of the outdoor courtyards directly in front of the cave opening. Due to the depth of the cave, a circular skylight was inserted in the center bisecting the separating wall between the bedroom and living area, forming a large light tunnel naturally illuminating the interior. 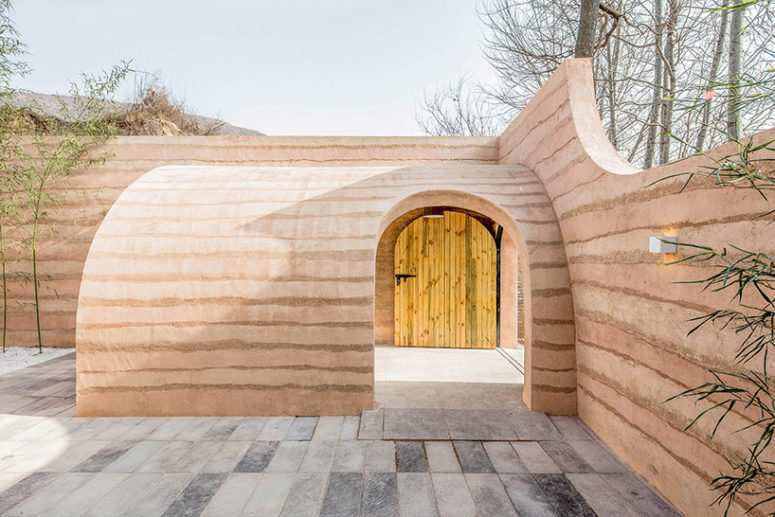 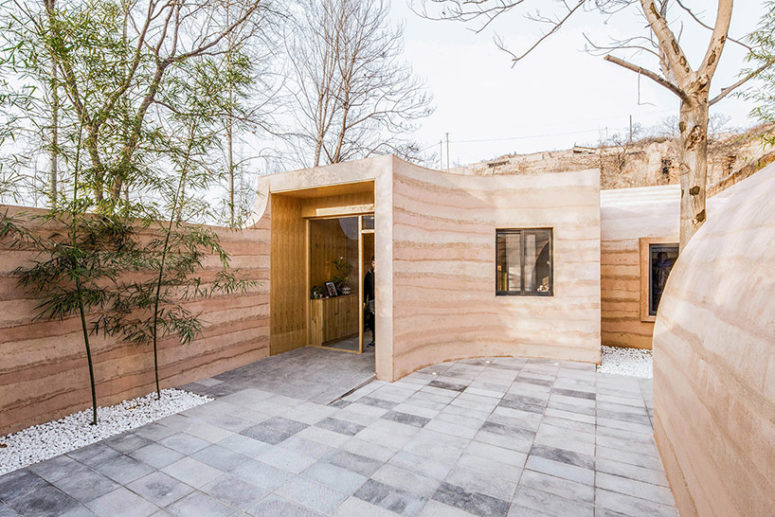 Grey tiles cover the courtyard and gravel defines the plants 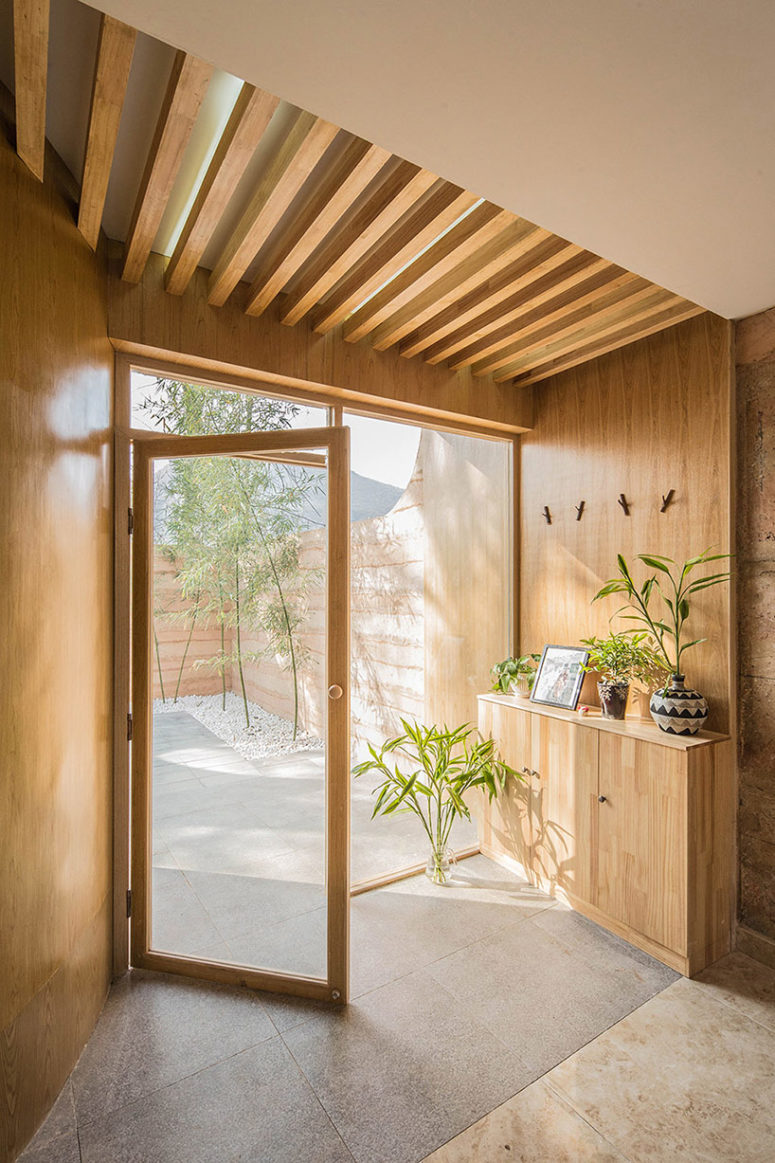 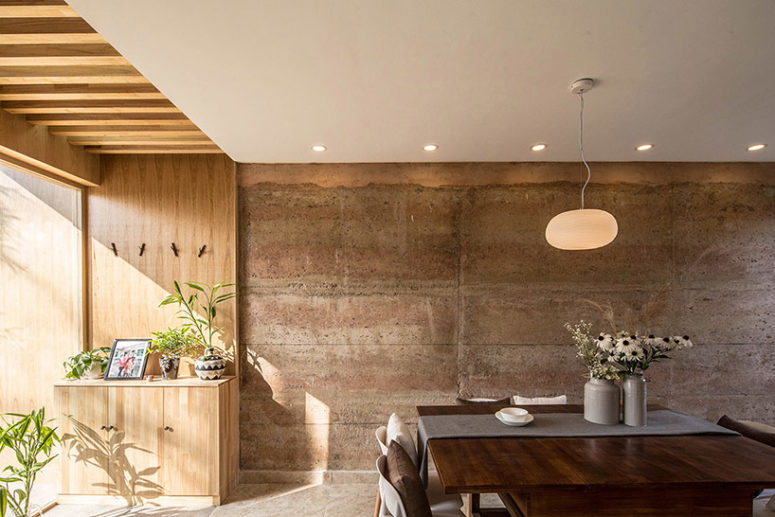 Stone in decor hints that it's a cave house 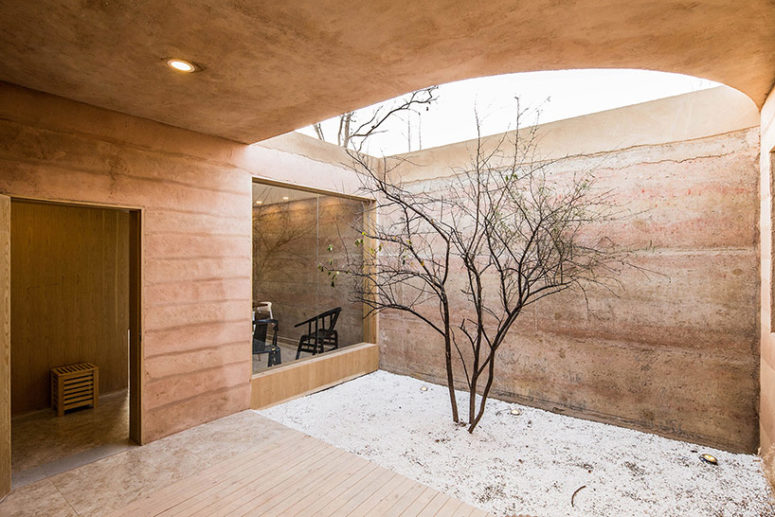 Smaller exterior courtyards connect the volumes and enliven the look 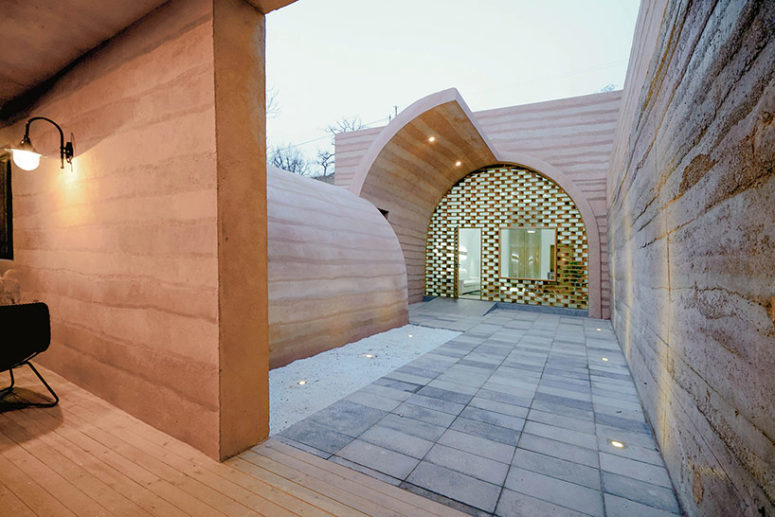 The larger courtyard precedes the entrance to the original cave dwelling 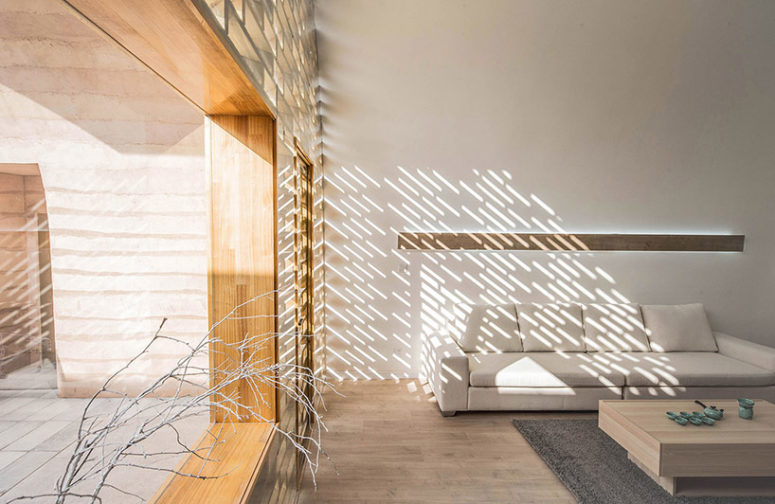 The living room is filled with light, it looks very inviting and natural 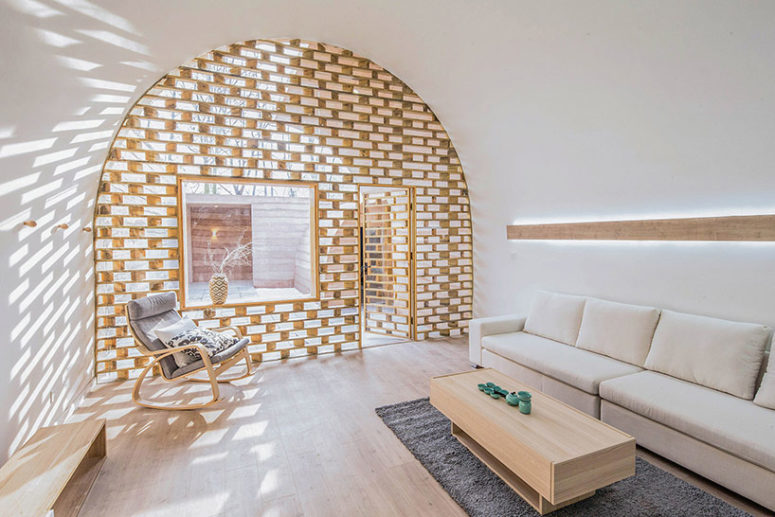 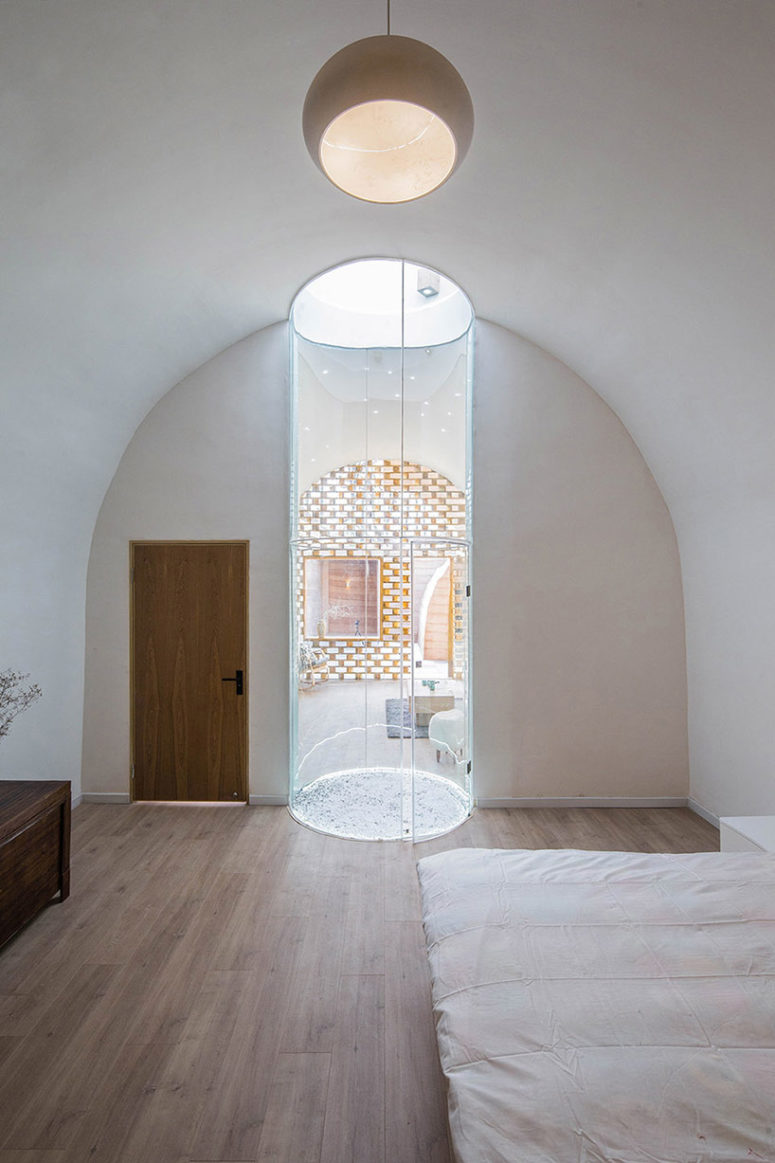