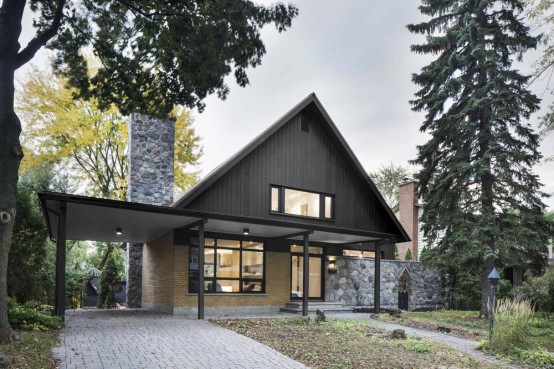 Within a suburban Montreal neighborhood, this bright Closse Residence was built by the owner’s father in the 1960s and its heirloom features were respectfully dressed in modern skin by NatureHumaine architects. The exterior of the house was restored and repainted and the windows were replaced. A contemporary dormer was added to the roof of the house containing the two second floor bathrooms. The interior now is modern, even minimalist, yet shining with personality. Removing the original partitions let the light penetrate deeply into the house. A new sculptural stair built of hot rolled steel, maple veneer, and frosted glass becomes the focal point of the house. This is a nice example of changing an old home into a new one saving its character and features. 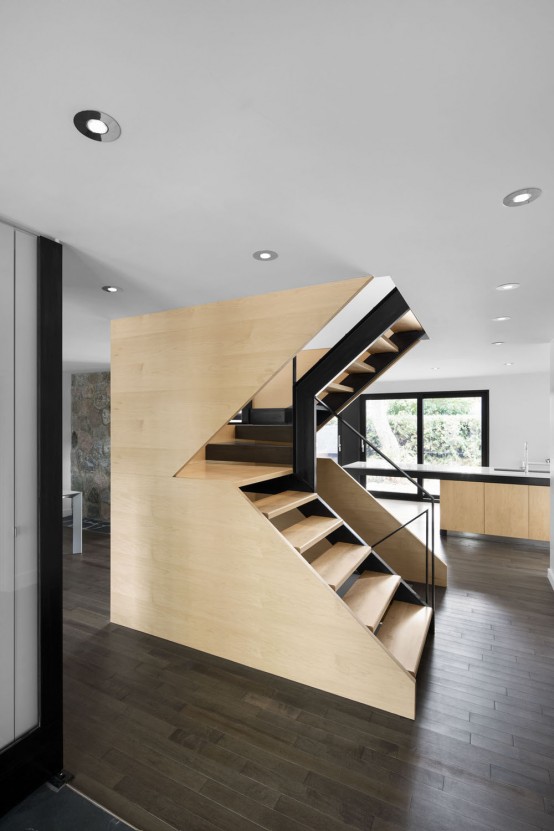 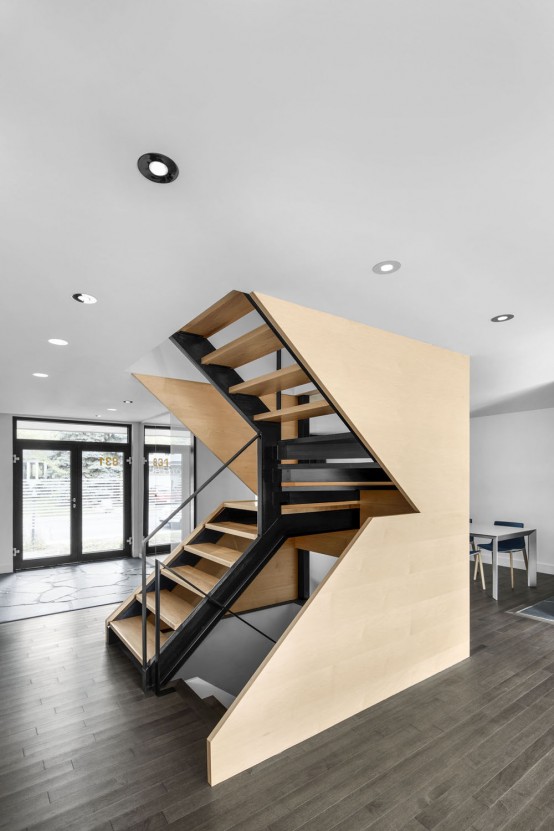 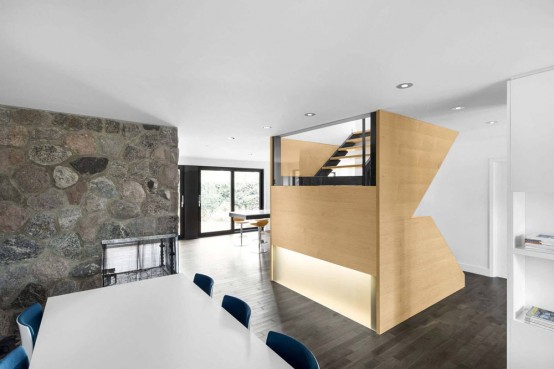 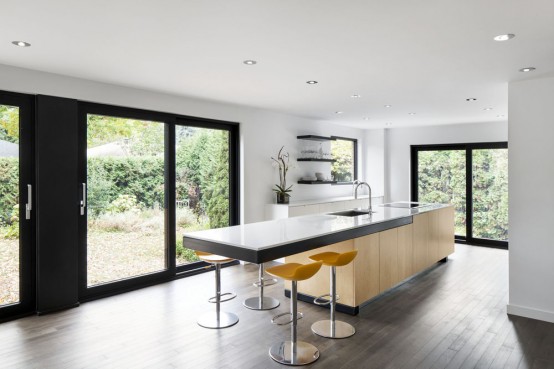 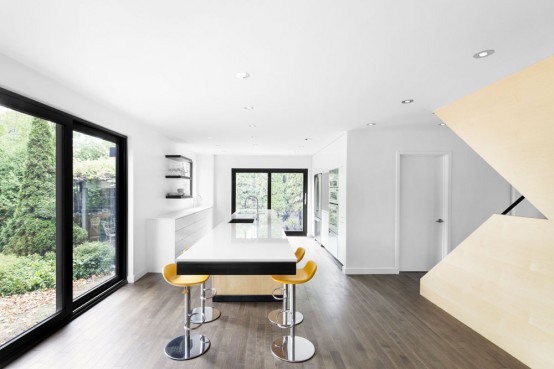 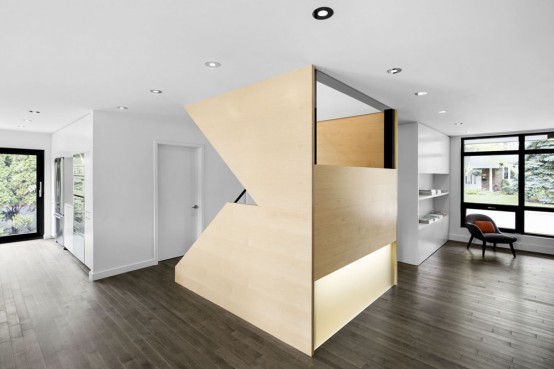 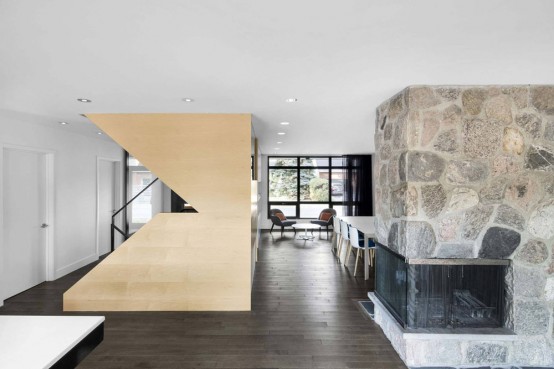 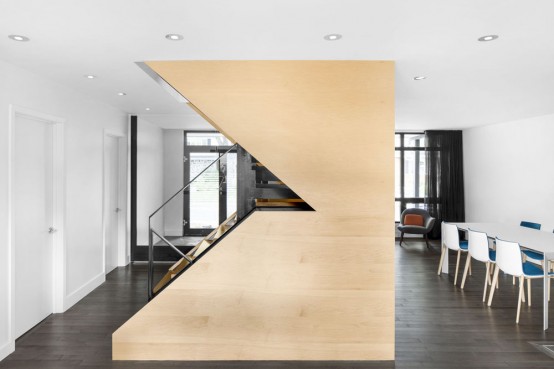 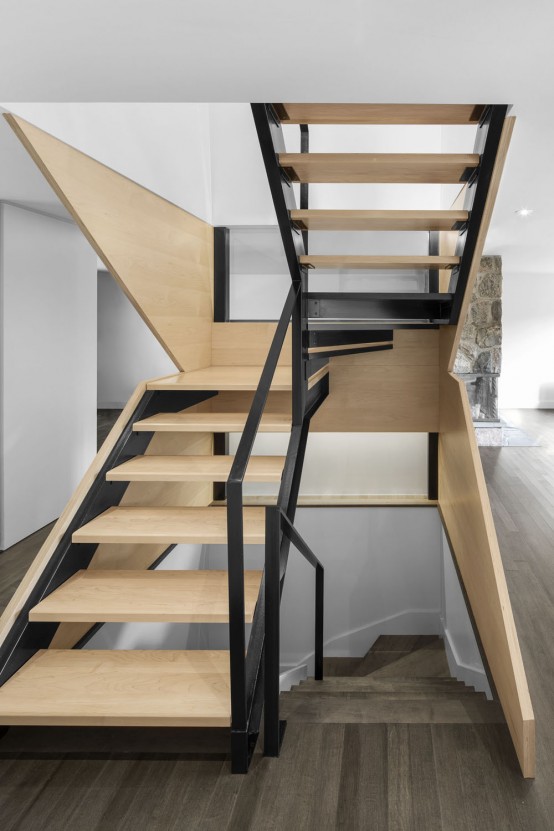 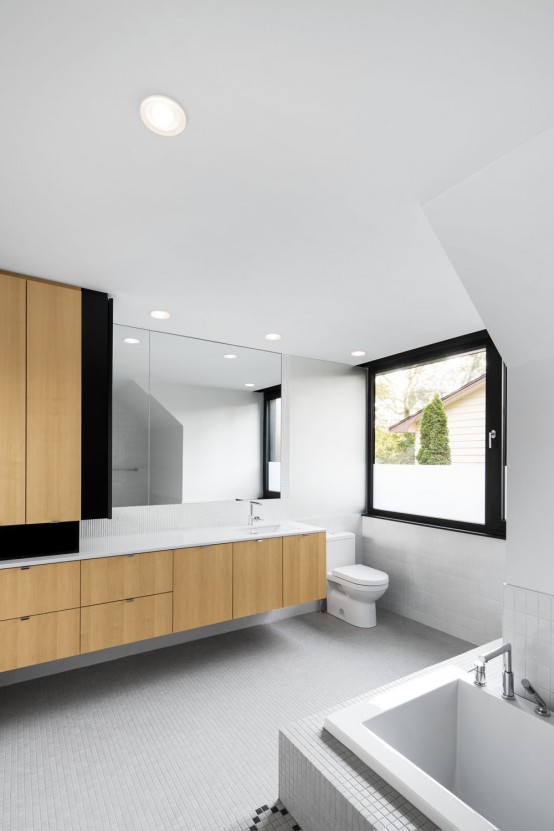 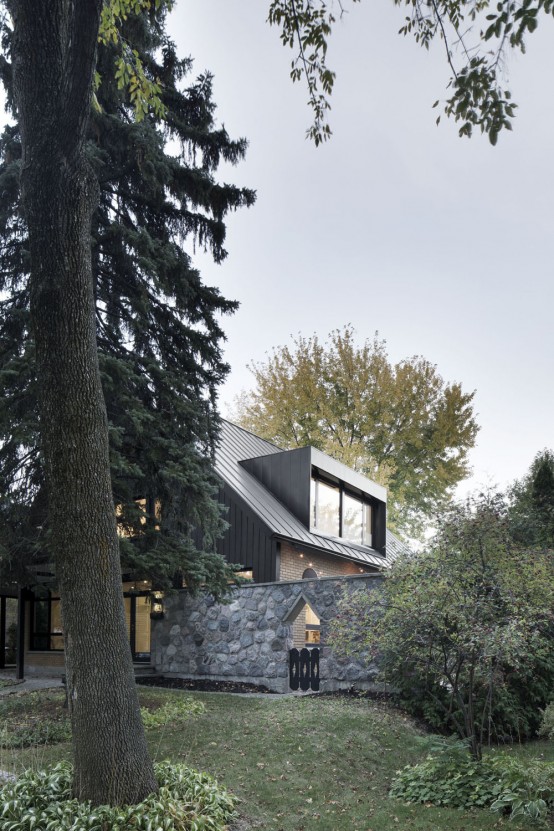