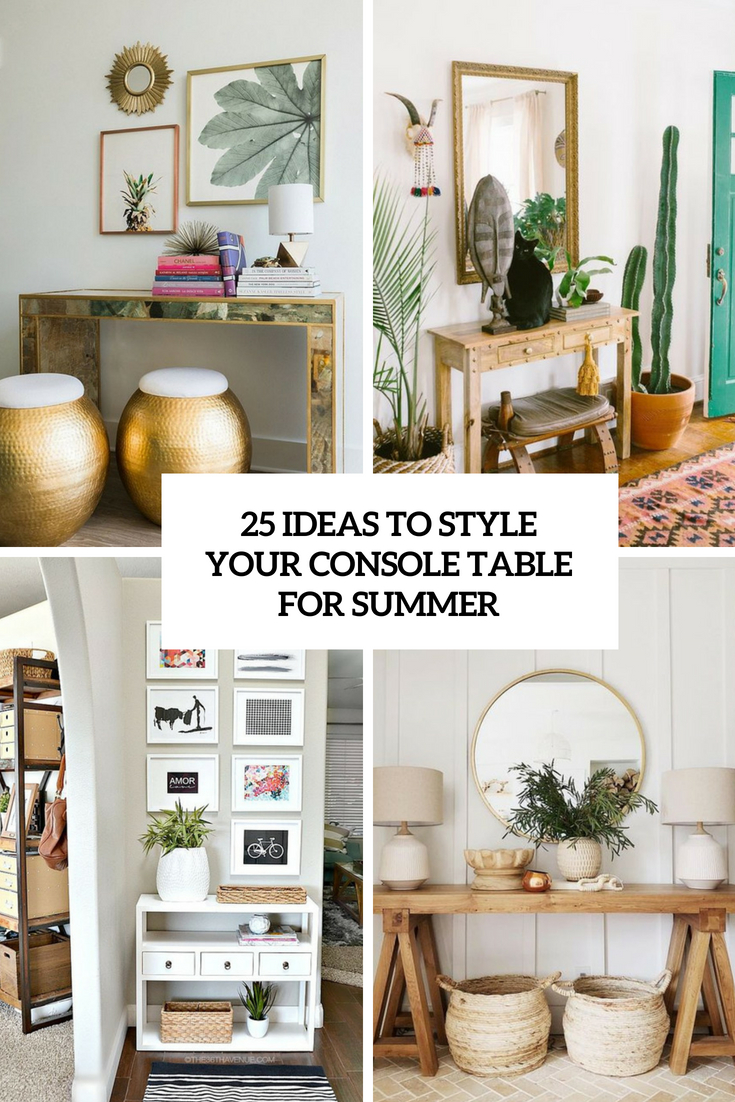 Everyone has a console or two at home – in the entryway, living room, home office, dining space or somewhere else. Style it for the summer to bring the summer feel to the space – there are many cool and easy ideas, let’s take a look at them.

The easiest and coolest idea to make your console look summer-like is to add greenery and blooms. It can be potted greenery or greenery in vases, potted flowers or flowers in vases and they can be any that you like. Pay attention to the pots and vases you use, they should somehow coincide with the style of the room: for a minimalist space try clear vases, for a rustic or boho space go for basket planters. To add a desert feel to the console, prefer succulents and cacti. 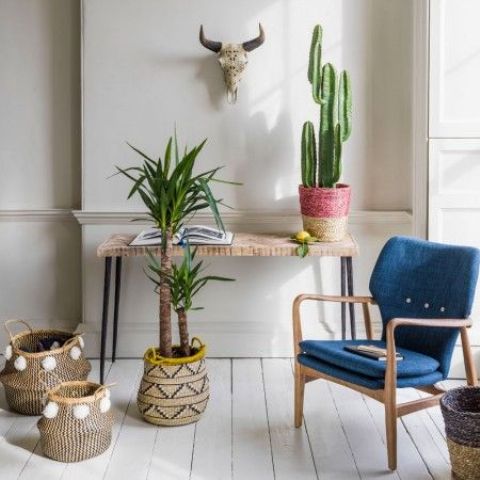 a boho console, a cactus in a wrapped pot and some greenery plus a faux skull over the table 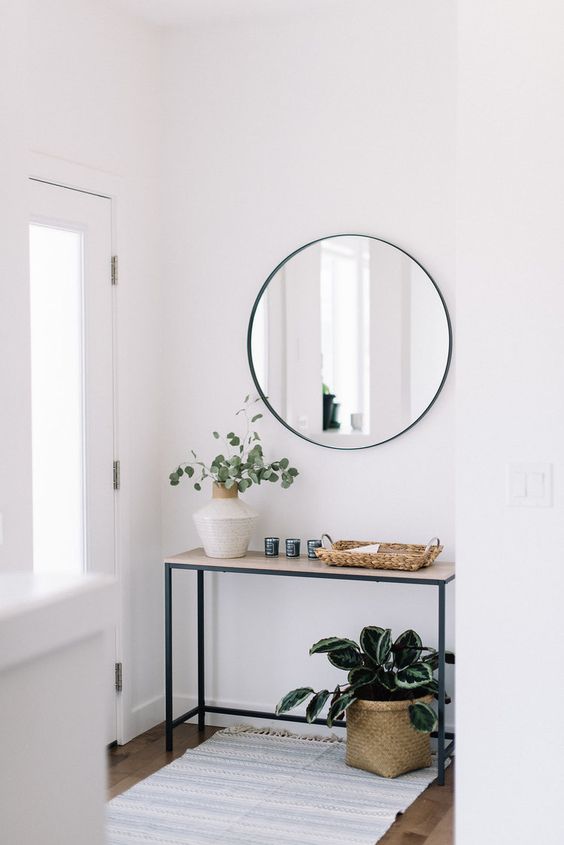 a minimalist console table with a vase with greenery, a wicker catch-all, a basket planter under the console 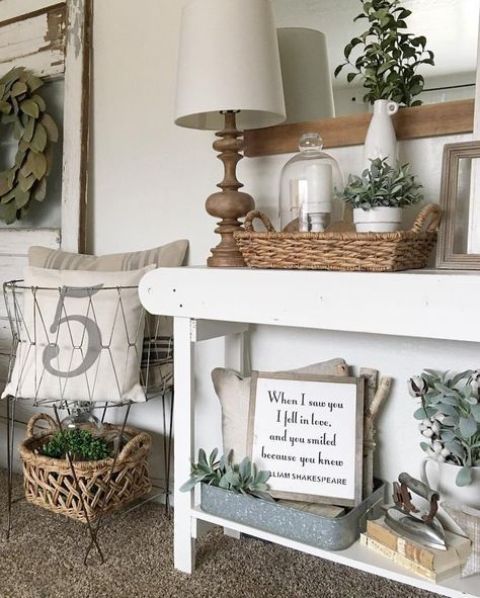 a farmhouse console table with a basket, much greenery in vases and some antique finds 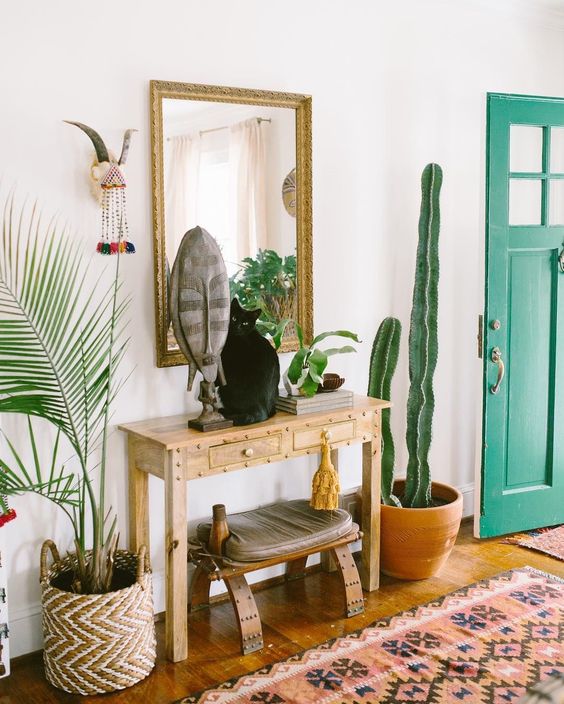 a boho summer console with a mask, greenery and a cactus around it and a cat on it 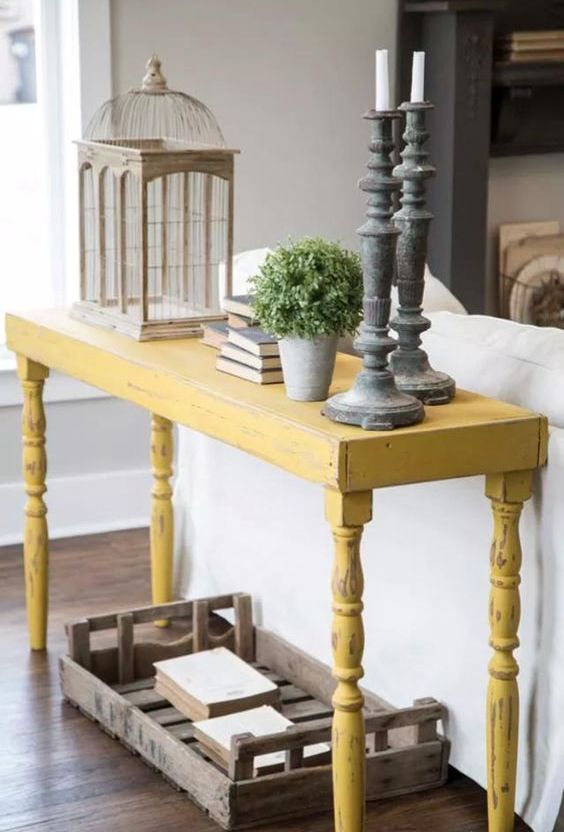 vintage styling with a birdcage, vintage candle holders, greenery in a pot and a crate for storage 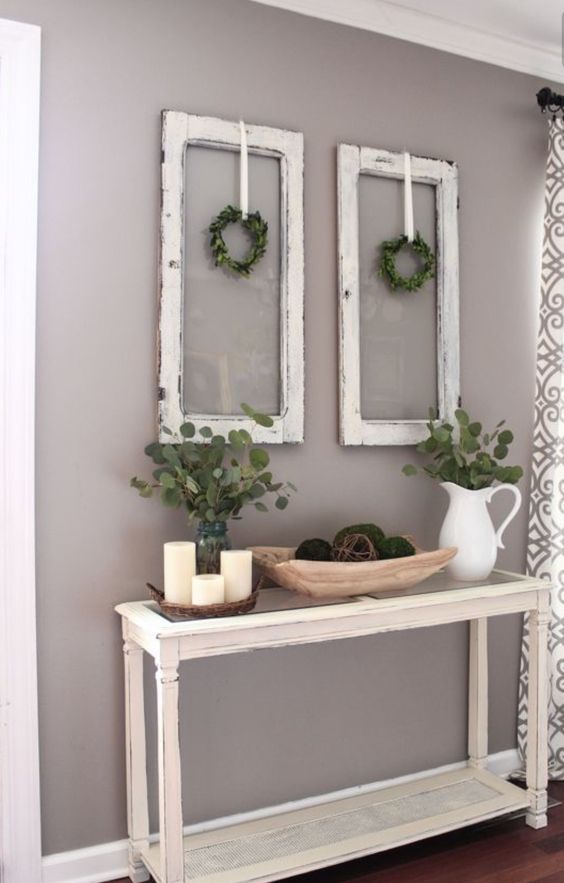 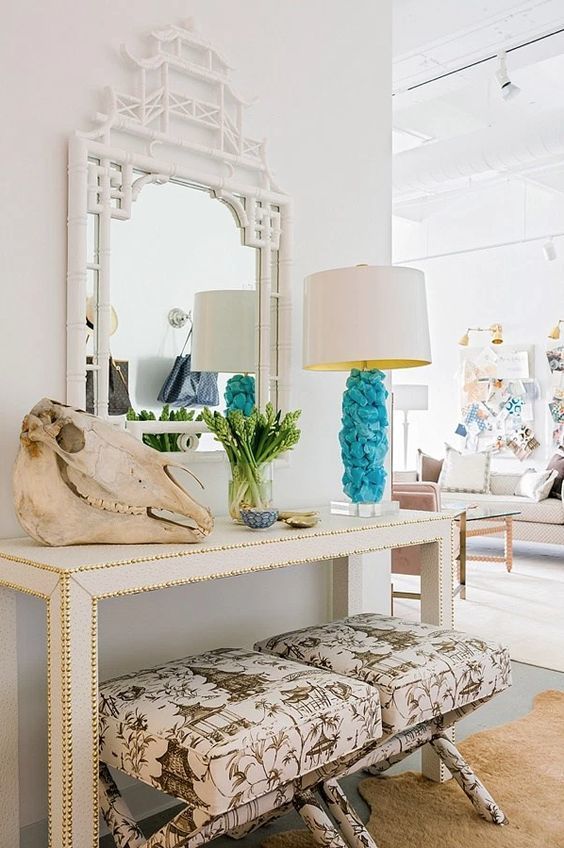 a hammered console, a skull, greenery and a creative blue rock lamp for a bright touch 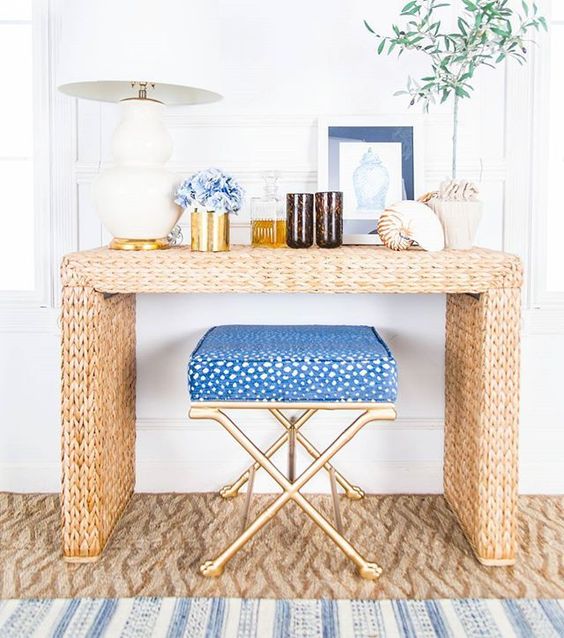 One of the most popular idea to bring a summer feel to the space is to place some baskets. Baskets can be used for storage or as planter covers, they can be put on the console, under it and around it. Baskets add a cozy rustic touch to the space and they can fit any style from minimalist to boho chic. You may also decorate them – paint or add pompoms and tassels to fit the space, and when the summer is over, use them as firewood storage and for towels in the bathroom. 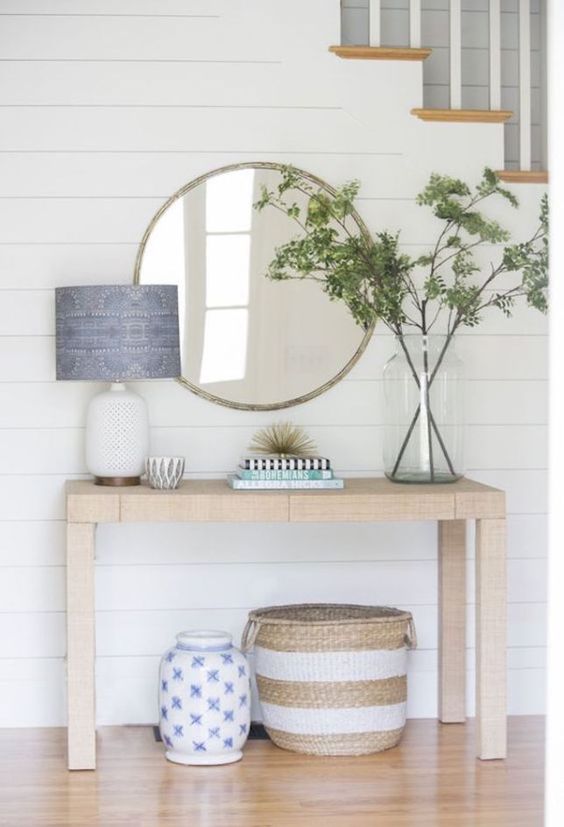 a simple summer console, greenery in a jar, baskets and a blue lampshade for an airy and serene look 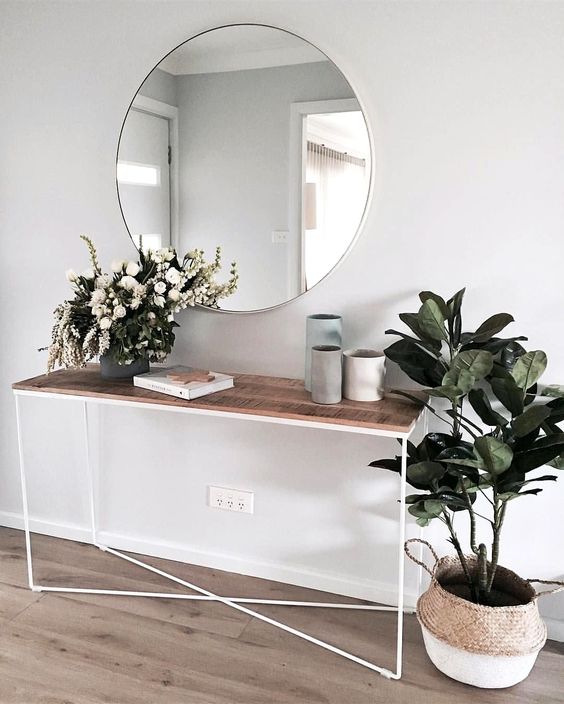 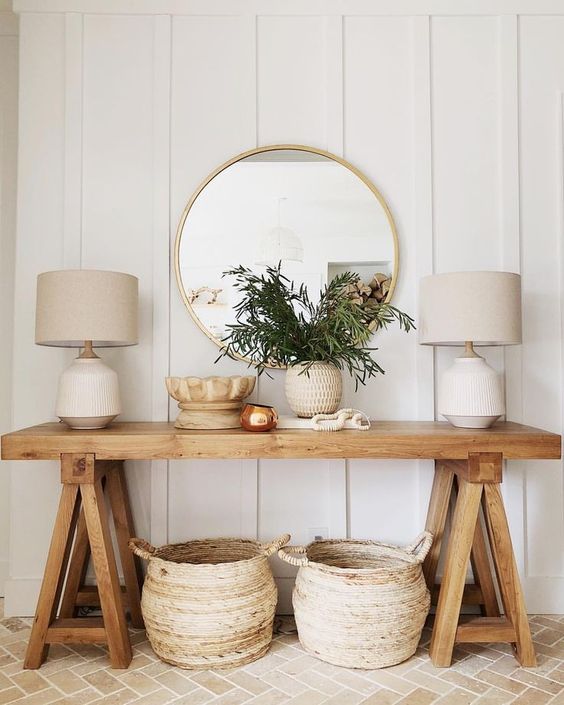 a wooden trestle leg console with a potted plant, some baskets under the console 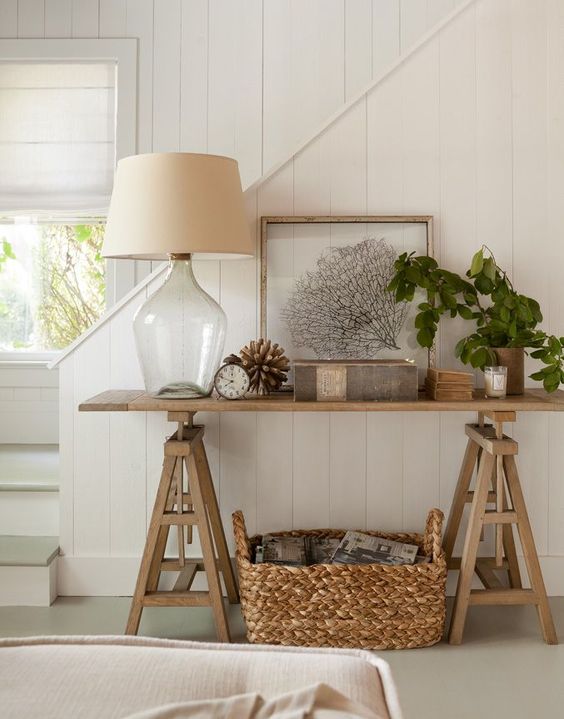 a summer console with a potted plant, a basket with books under the table and a coral artwork 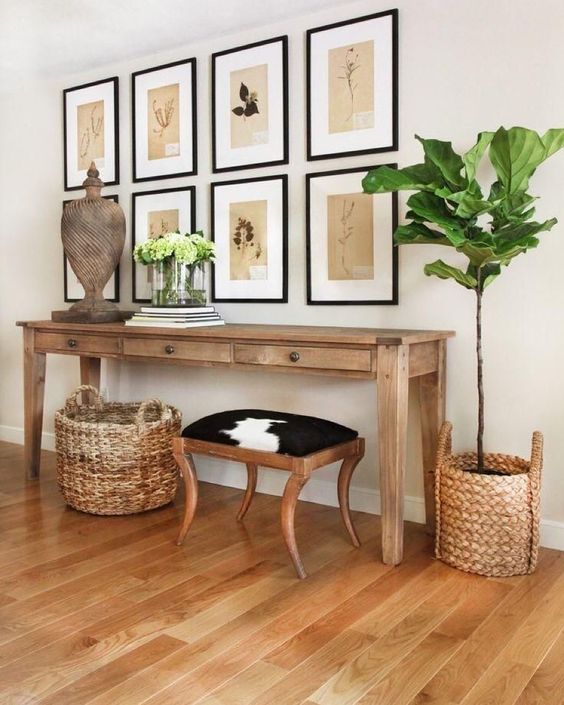 a summer console with baskets around, a wooden sculpture, greenery and vintage botanical artworks 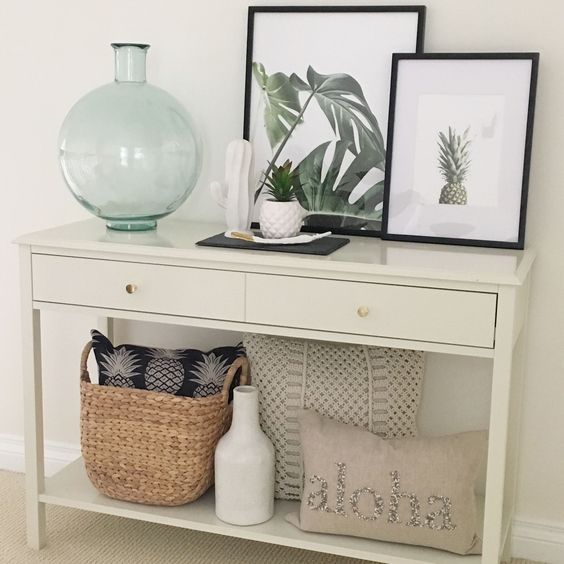 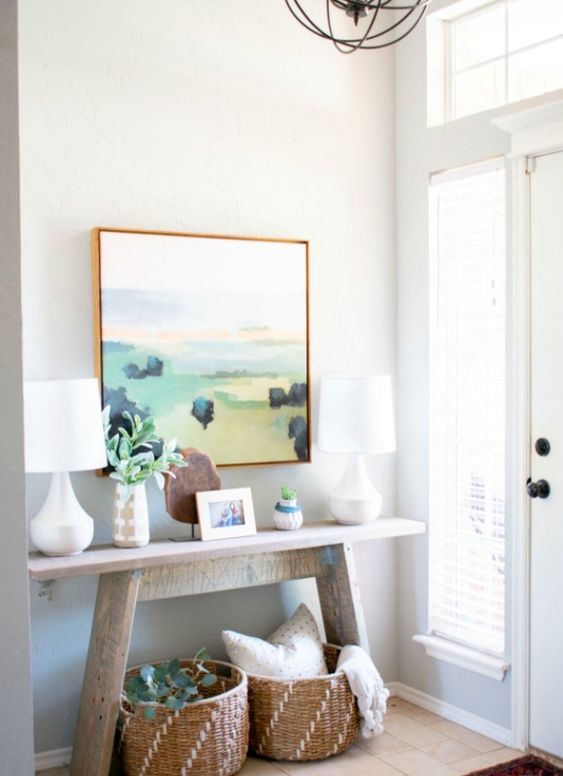 a summer console with an abstract artwork, baskets and greenery for a cozy feel

Hanging and placing some artworks here and there is a great way to create an ambience you like and a feel that you like. Hang a couple of artworks or just one statement piece over your console and voila – you have amazing decor! You can create a whole gallery wall of your holiday pictures, such an idea is sure to bring a cool holiday mood to your space. If there are no artworks you like, paint or create some using various tutorials, this way you will personalize your console a lot. 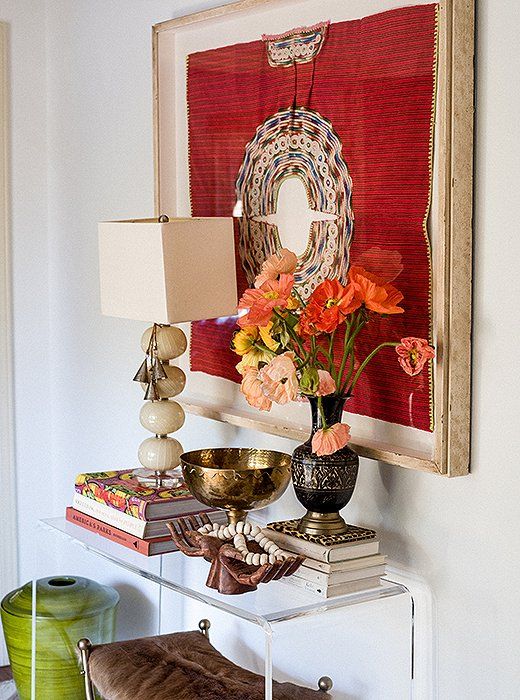 a bold artwork, bright blooms, some finds from trips for an inspiring entryway 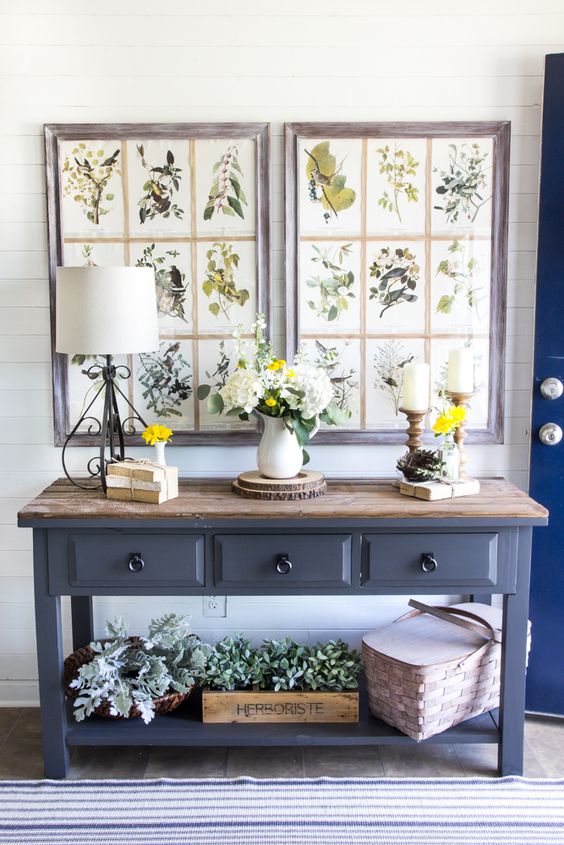 a farmhouse console table with a wooden countertop, much greenery in baskets and boxes, vintage botanical posters 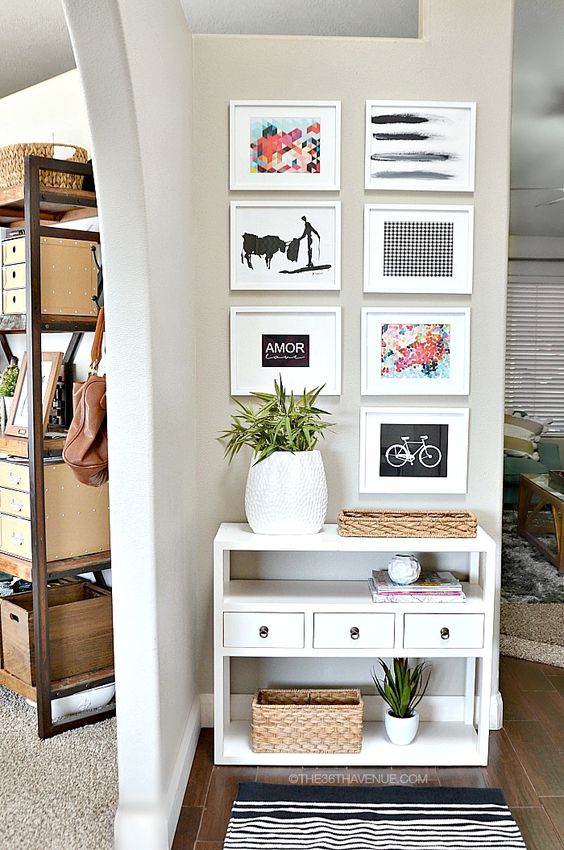 a small console with bold artworks over it, potted greenery and some baskets for storage 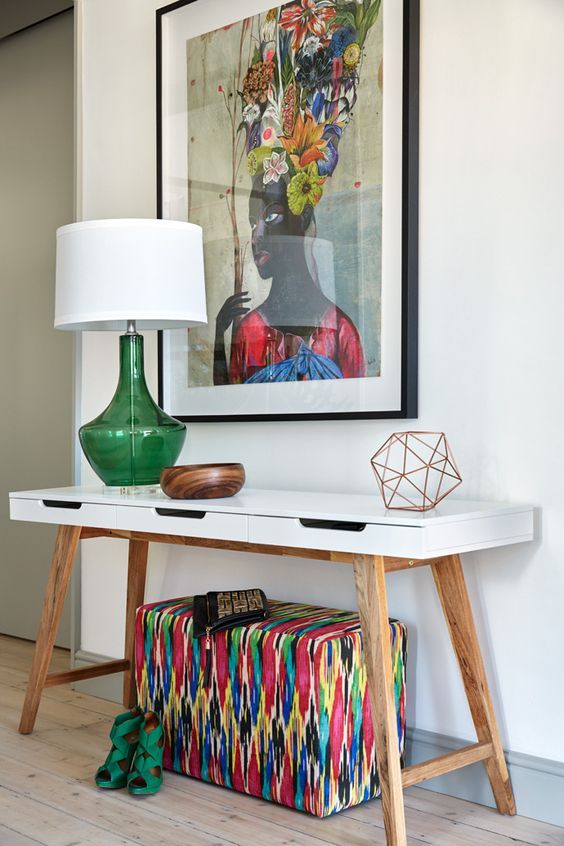 a super colorful artwork, a bright upholstered ottoman and a green lamp for summer 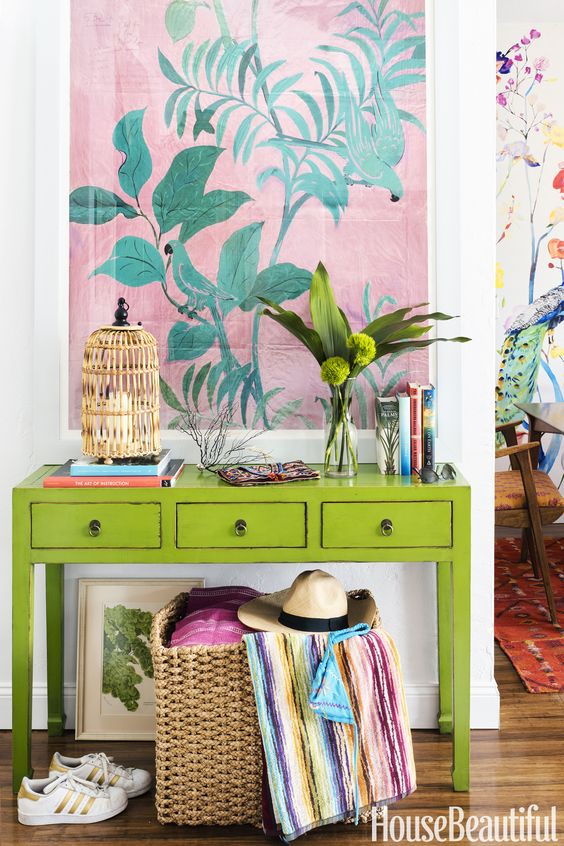 a super colorful console with a birdcage candle holder, greenery, a bold artwork and a basket with colorful textiles 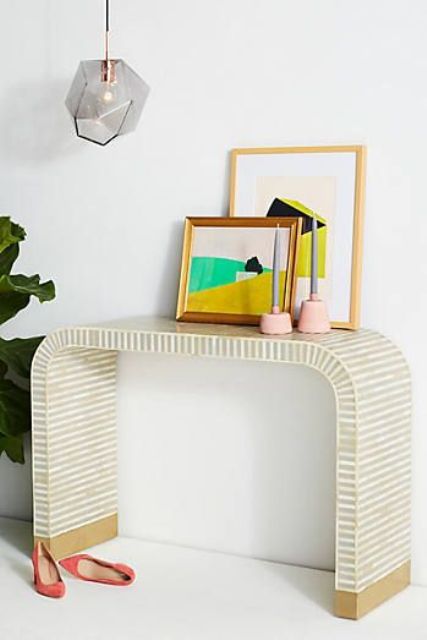 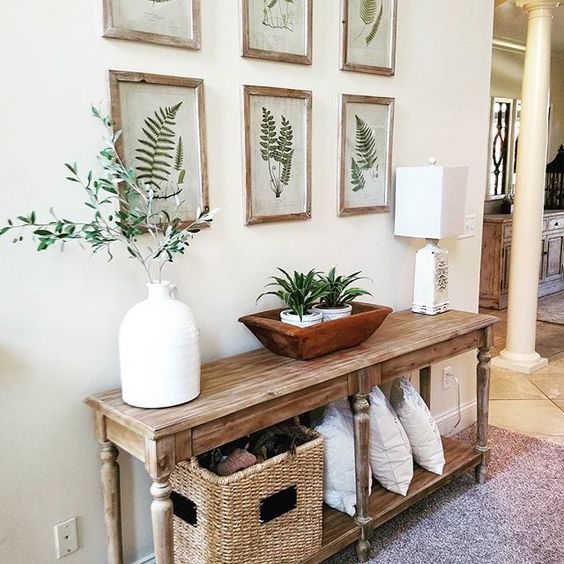 a wooden console, botanical artworks, potted greenery and a basket for storage for summer 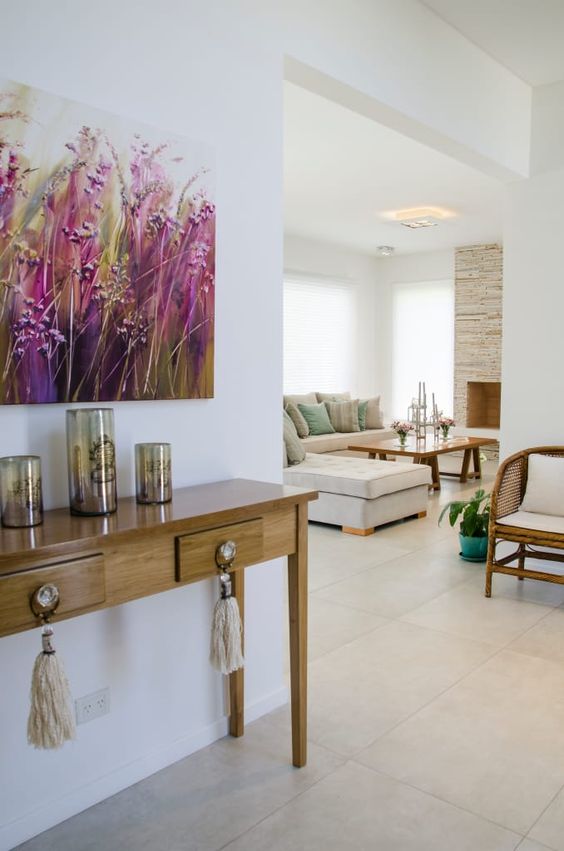 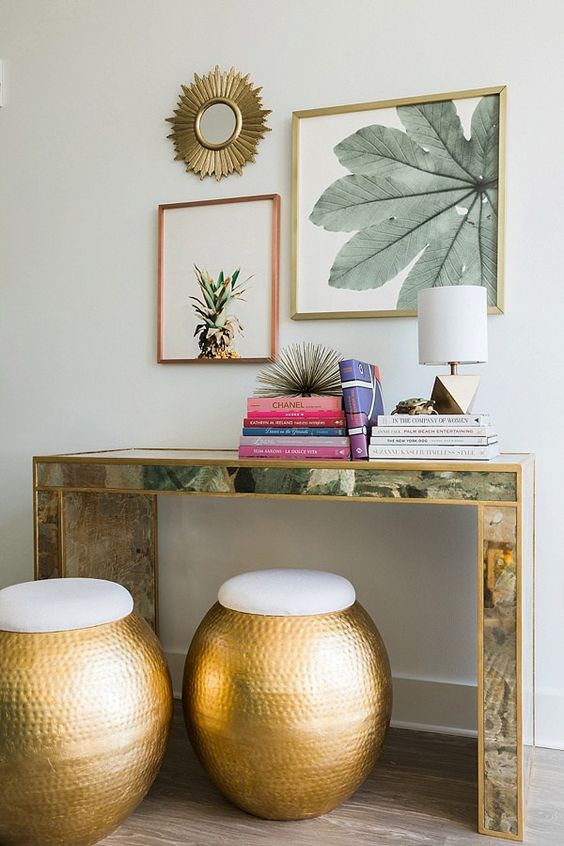