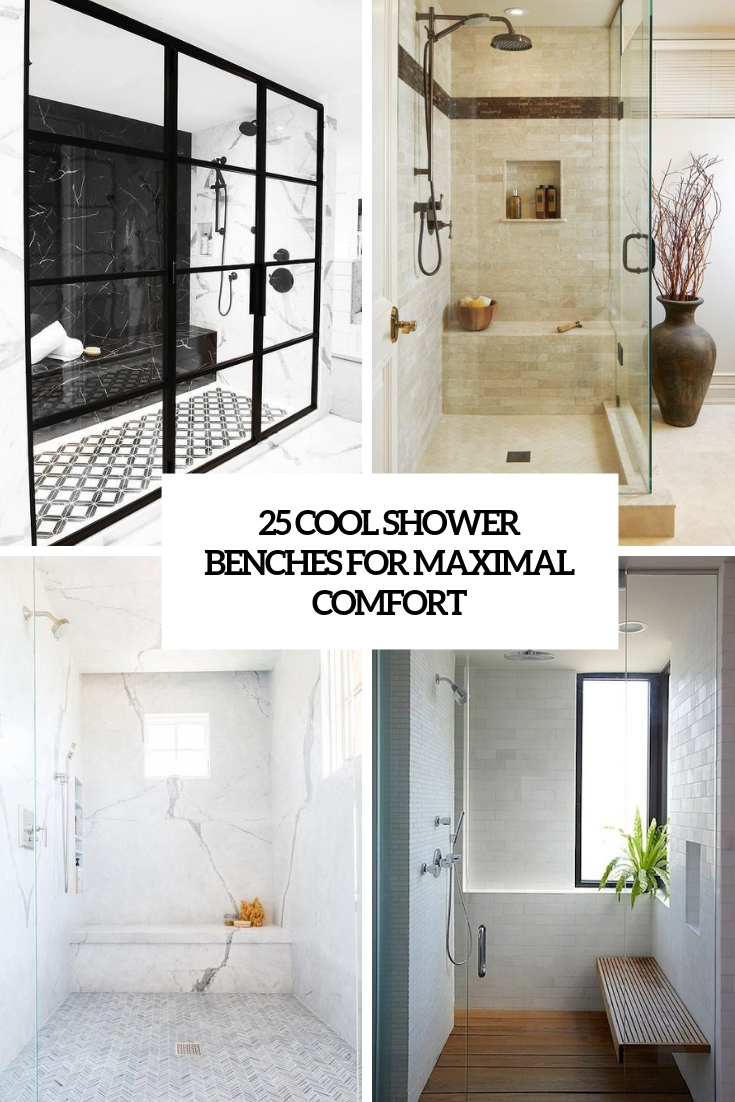 A shower bench is a wonderful thing, don’t think that it’s only for elderly people, it’s for everyone who loves comfort! If you want to choose a shower bench for your space but don’t know how and what to choose, here are some ideas.

There are three kinds of permanent shower benches: built-in, floating and fold-down. Built-in benches are seats that are framed into the shower wall and floor. This type of seating can run the entire width of a shower enclosure, like the one shown here, or may be limited to a corner. It can have squared angles or be semicircular. After you install one, waterproof it and tile it for a custom look.

Floating benches are firmly secured to the shower walls but is open underneath. It can be made of waterproofed wood or a single slab of stone. You can also order a tiled floating bench to match the rest of the shower space. Though floating benches may look simple in form, careful engineering is required. You should ask some professionals to install one.

Fold-down benches are space-saving solutions for smaller showers or universal design showers. When choosing seating, select the style that can best accommodate the weight it will need to support. 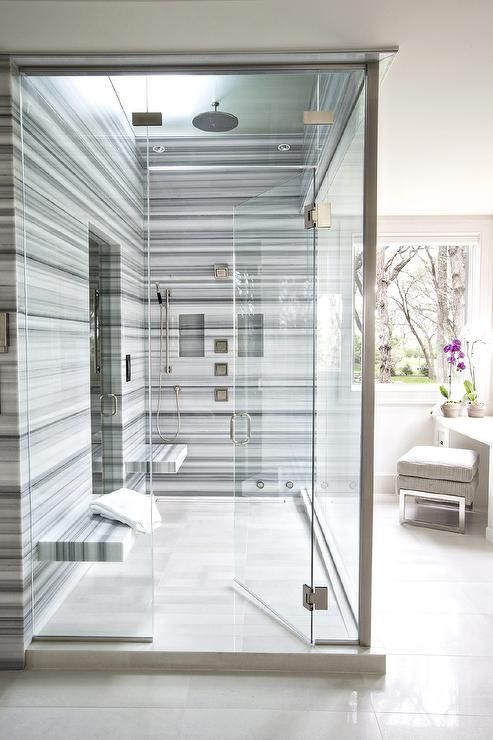 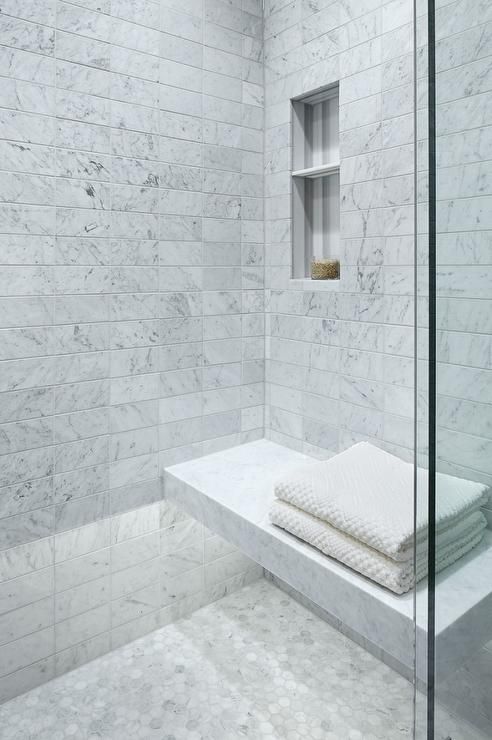 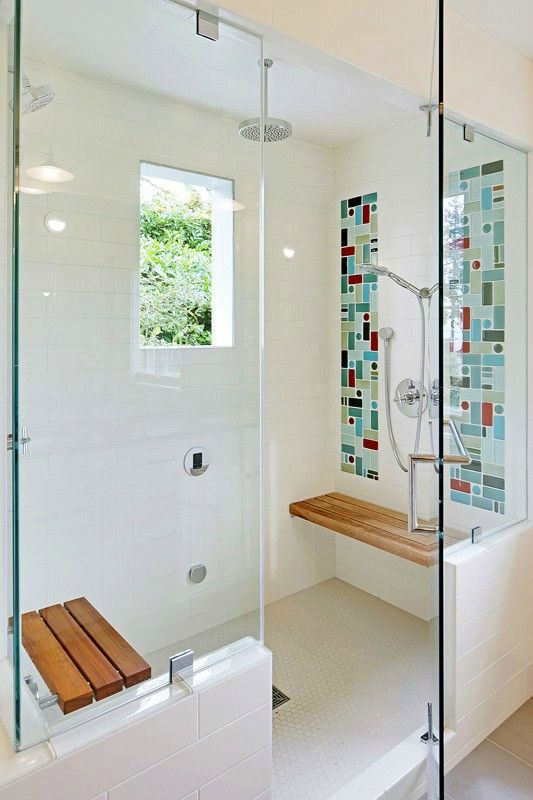 a creative shower with a window, bright tiles on the walls and small folding wooden benches for comfort 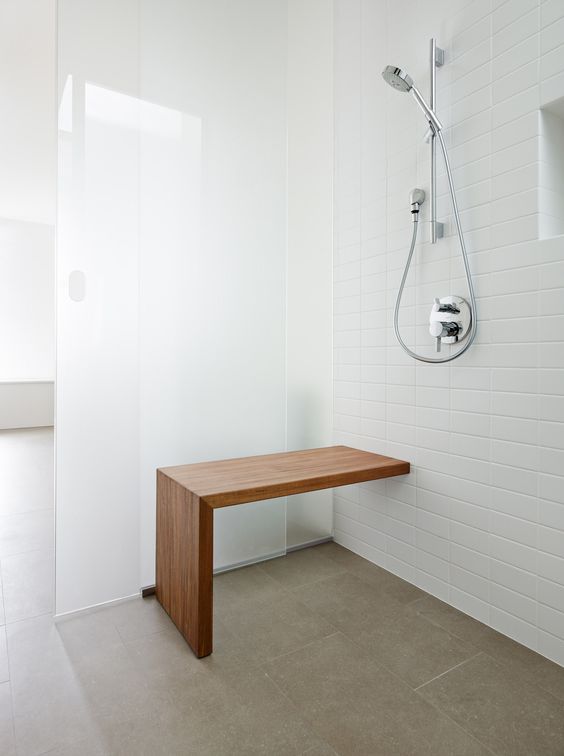 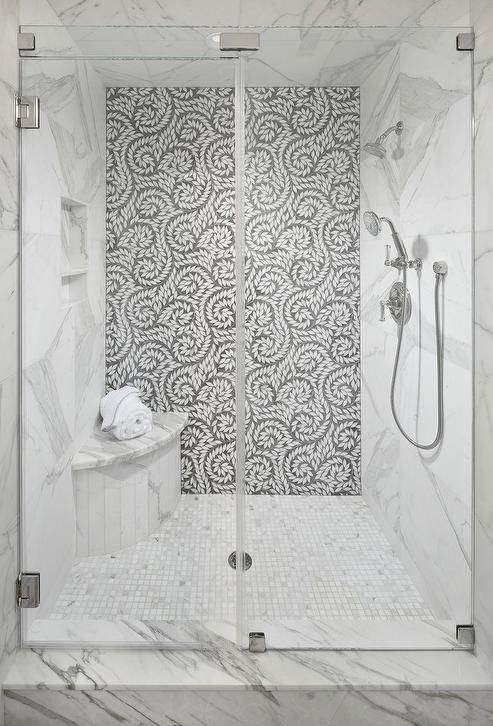 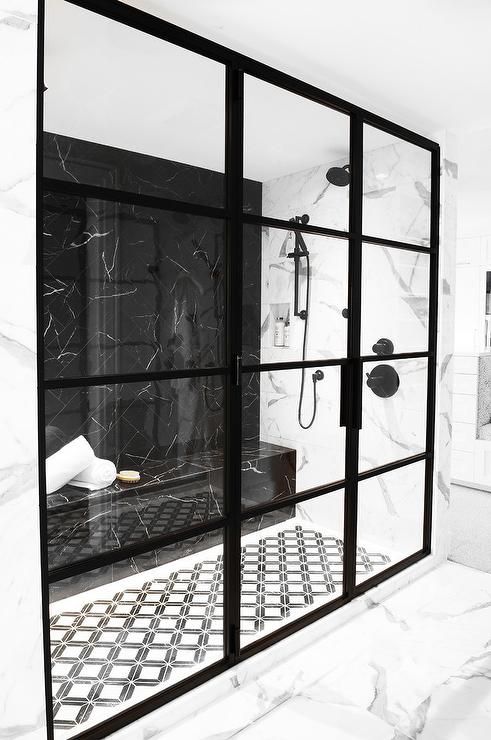 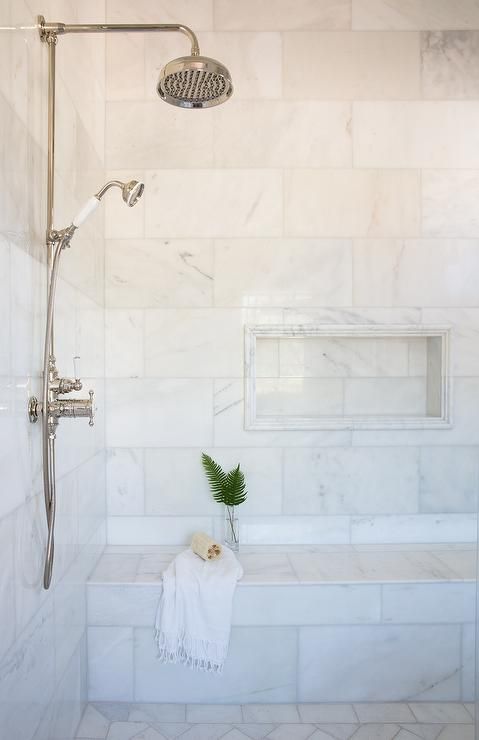 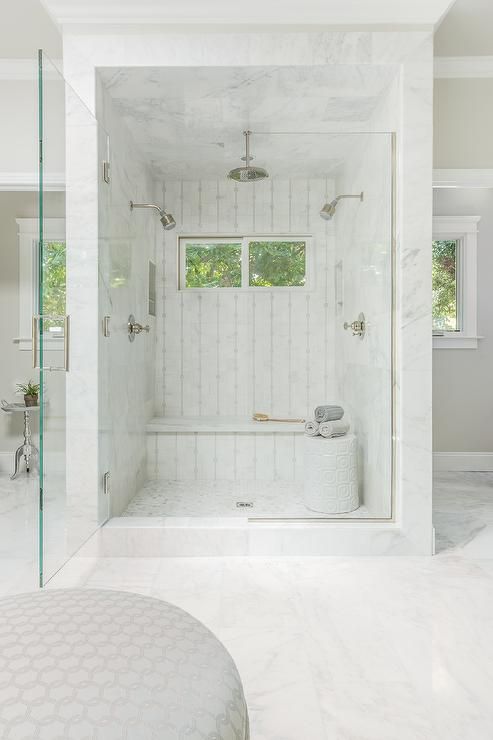 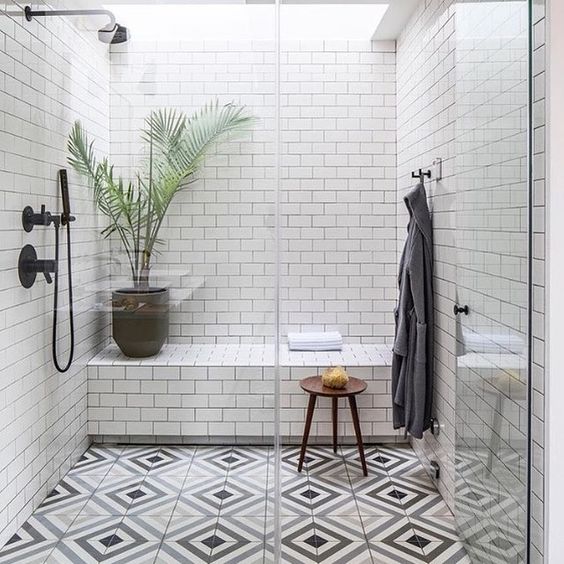 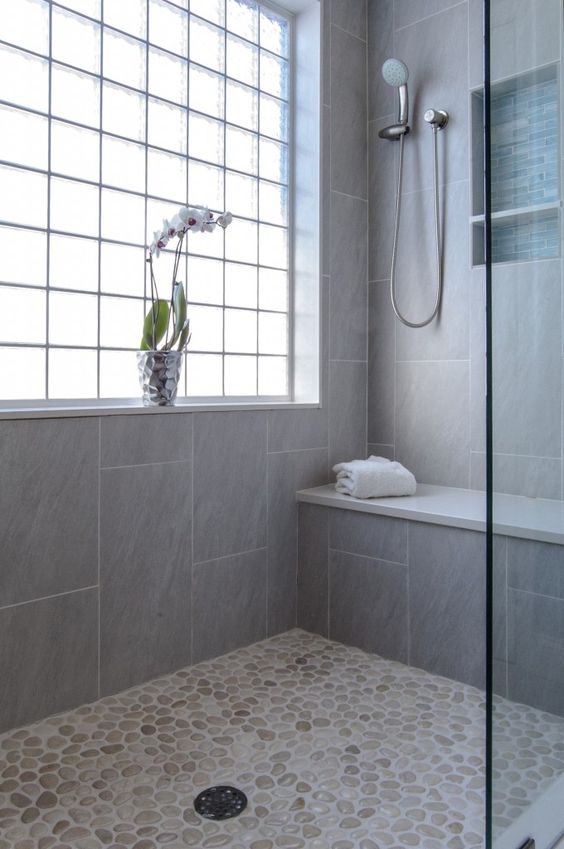 a neutral shower space with a pebble floor and grey tiles, a window with framing and a built-in bench 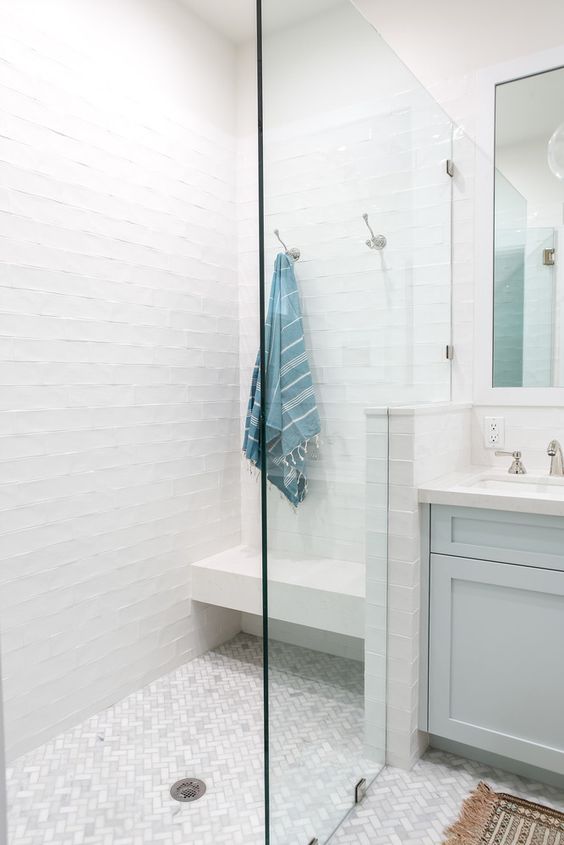 Regardless of the type of bench you choose, the top needs to slope slightly, so water runs off instead of pooling. Pooled water not only feels icky on a naked body, it promotes mildew. The size of your shower — not to mention the number of people who intend to use it at one time — will help determine the most appropriate bench size for your needs. The depth of a bench is also negotiable, depending on what suits the bodies for which the bench is being built, and what the stall will allow. 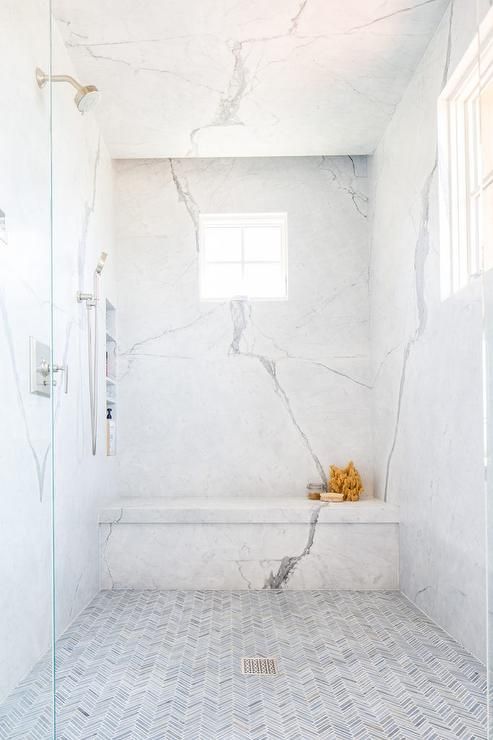 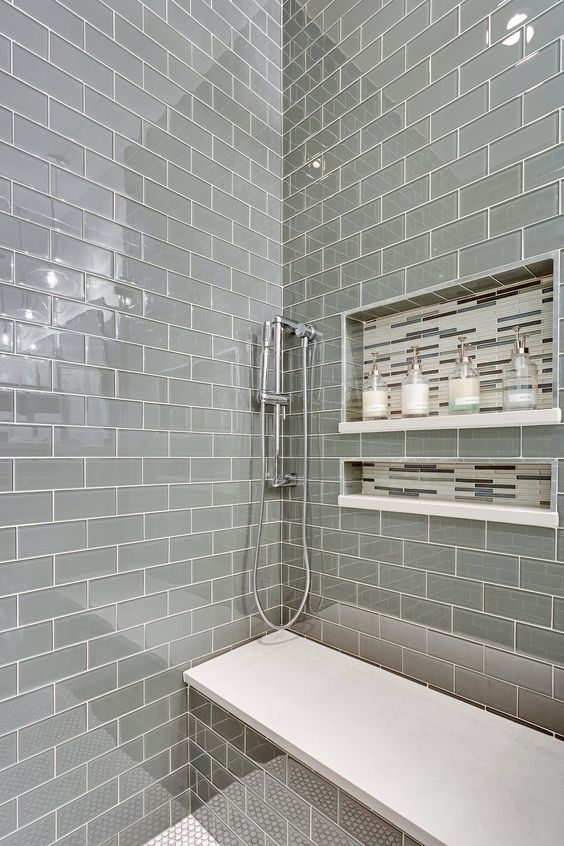 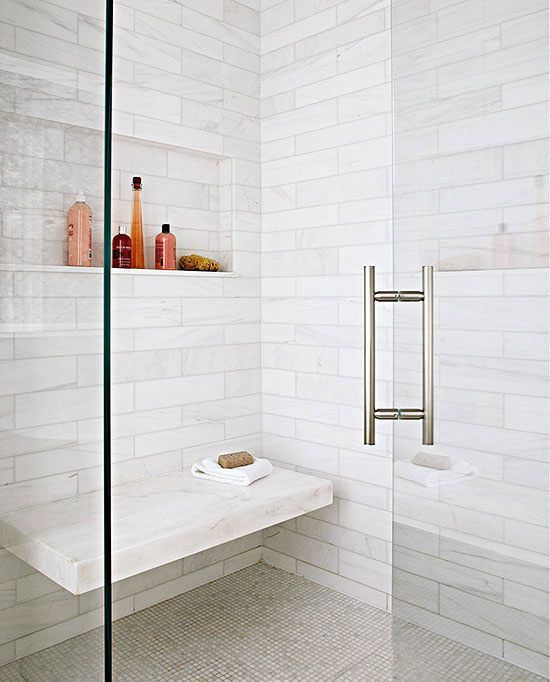 a shower space done with white marble tiles, smaller ones on the floor and a marble floating bench 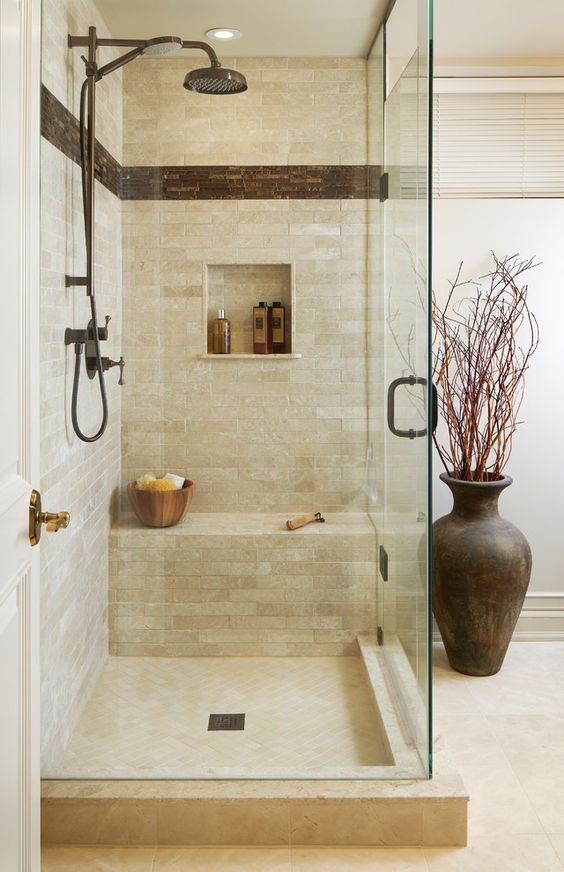 a small and welcoming earthy shower space with a built-in bench, dark hardware and tiles for a touch of drama 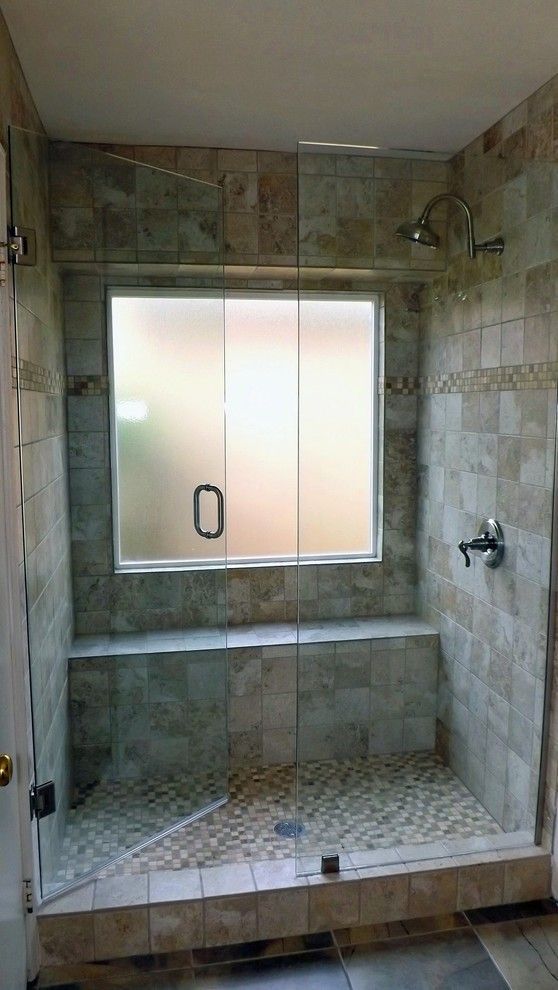 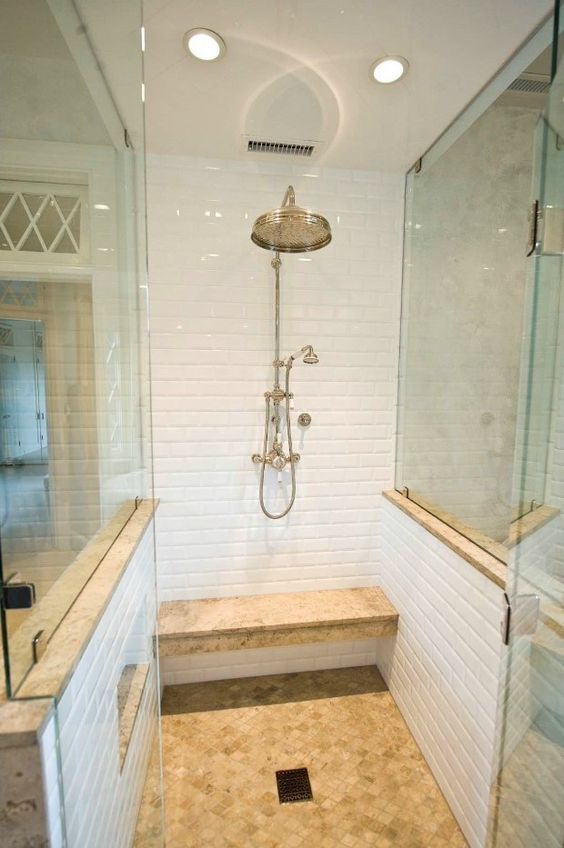 a smll shower space with white tiles, a floating earthy bench and a matching floor plus glass walls on two sides 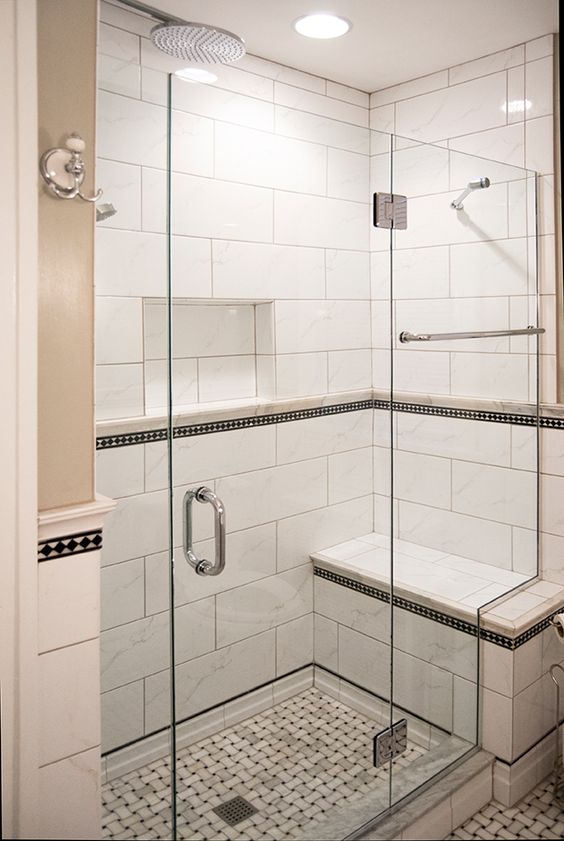 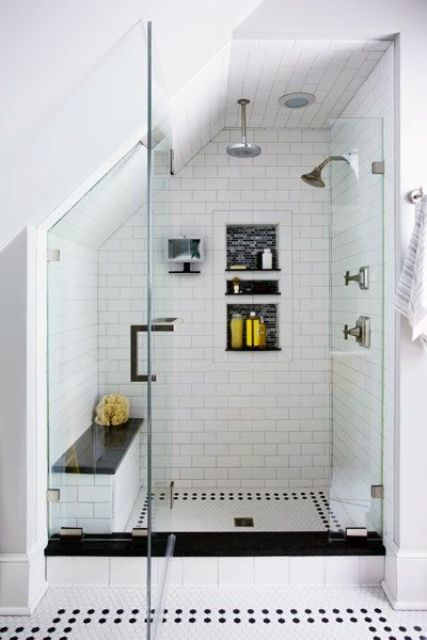 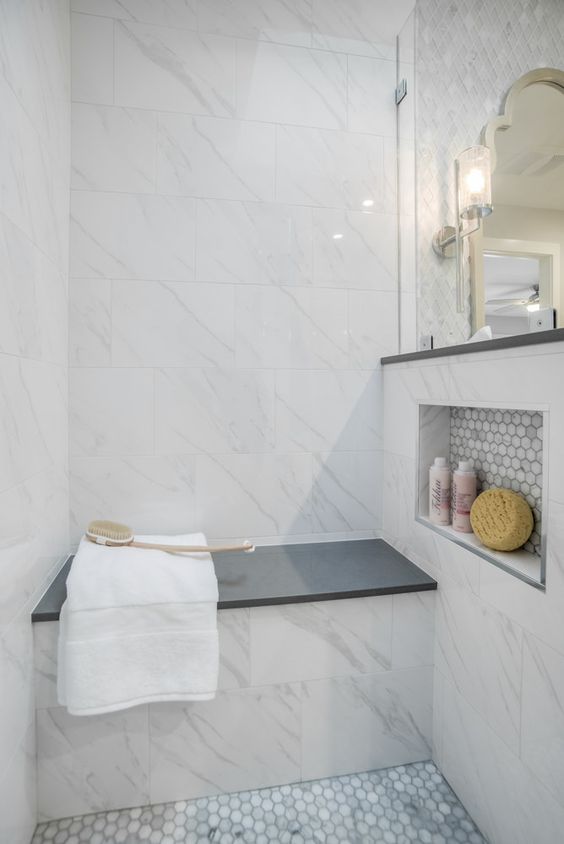 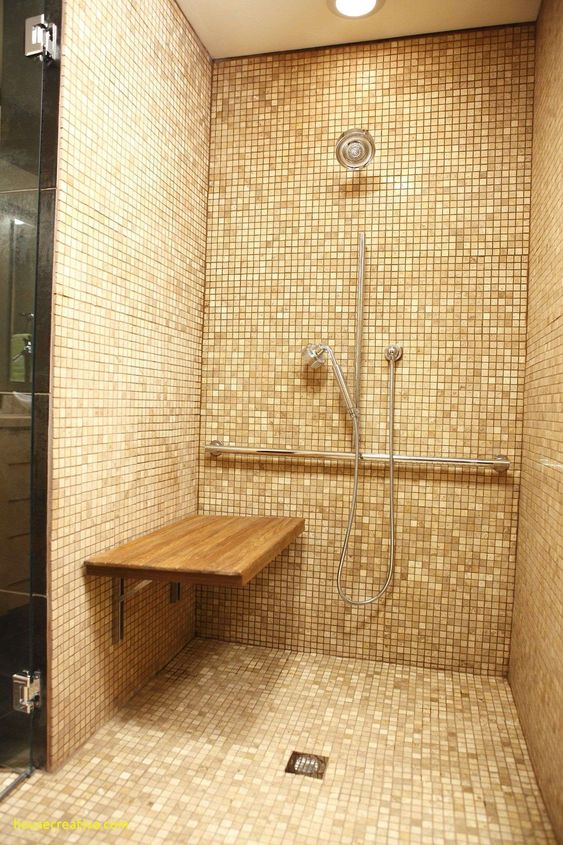 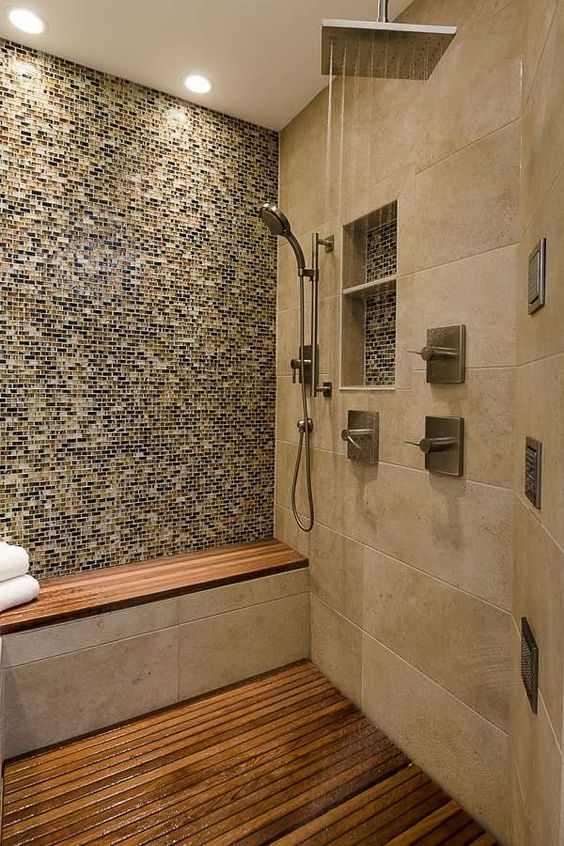 a welcoming earthy shower with various types of tiles that match, a teak floor and a built-in bench with a teak seat 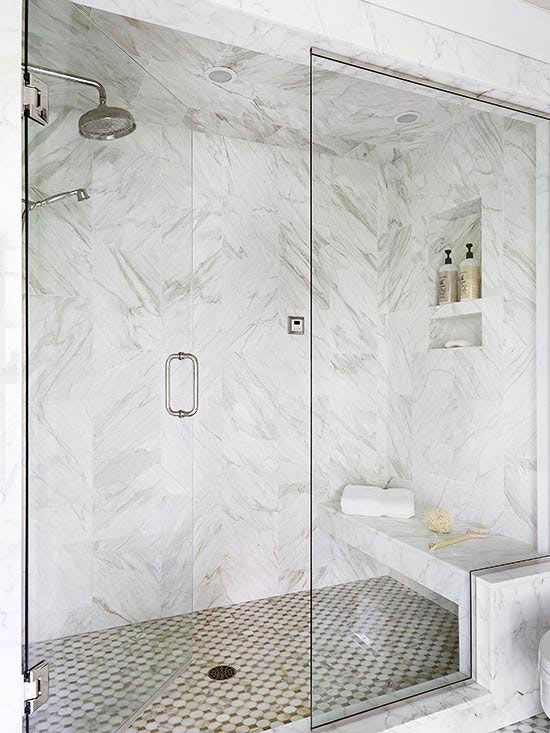 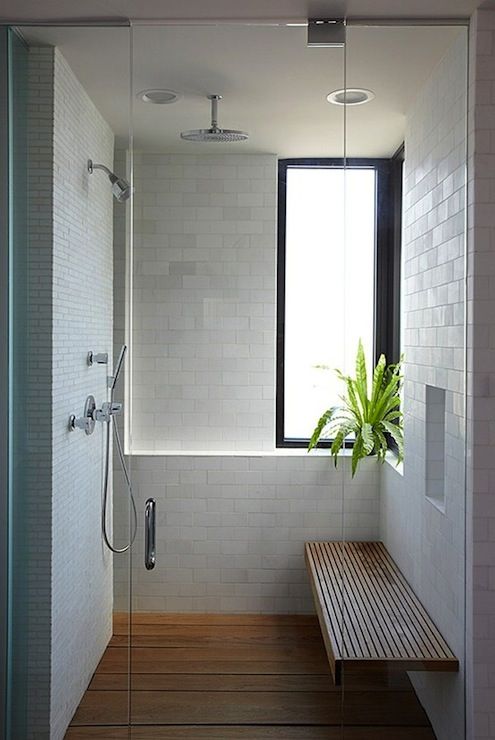 a white shower space with a frosted glass window, a floating wooden bench and a matching floor plus a potted plant 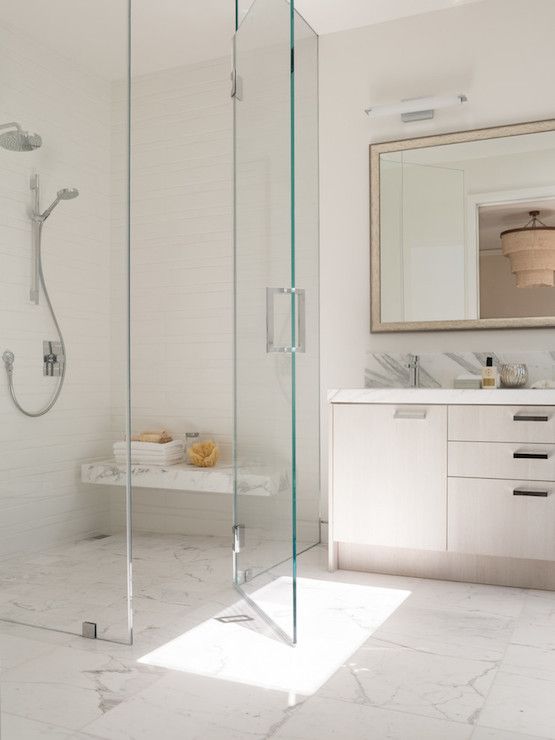