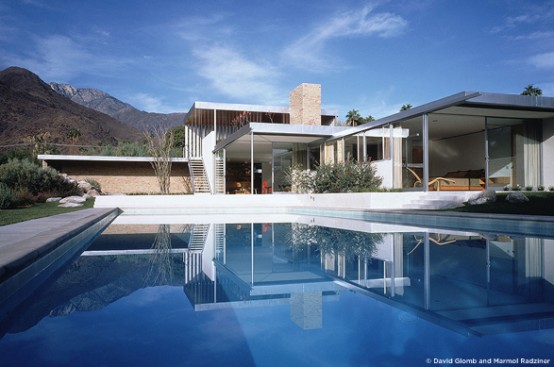 The Kaufmann House is located in Palm Springs, California. It originally was designed by Richard Neutra in 1946 and recently renovated by Marmol Radizner architecture practice. Many critics place the house amongst the most important houses of the 20th century in the United States and even was included in a list of all time top 10 houses in Los Angeles in December 2008. It features five bedrooms and five bathrooms and designed to emphasize connection between a rugged desert and a suburban residential neighborhood. Large sliding glass walls open the living spaces and master bedroom to outdoors. Most of outdoor areas have movable vertical fins that offer flexible protection against sandstorms and intense heat. The house represents itself as a great desert vacation retreat from harsh winters. 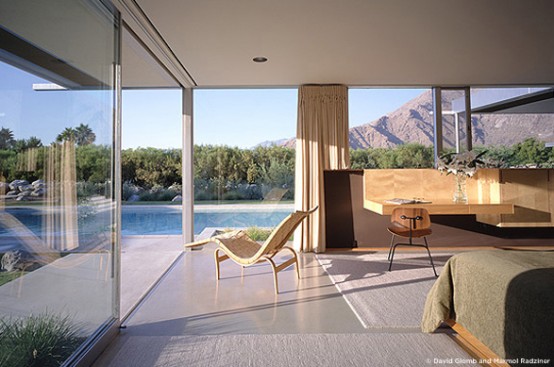 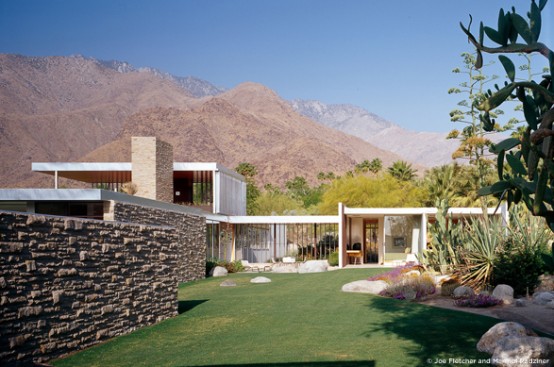 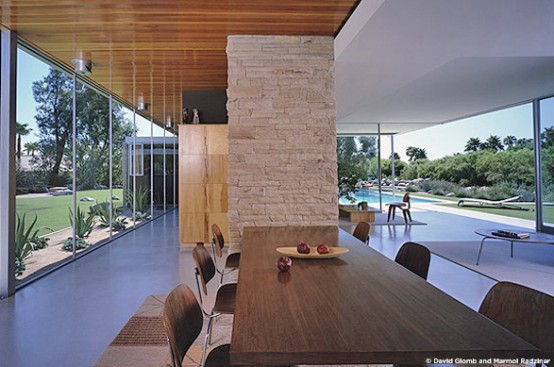 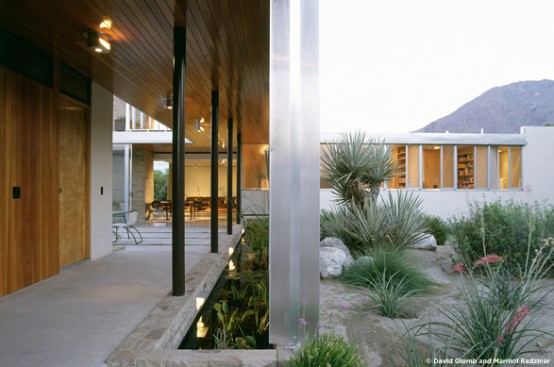 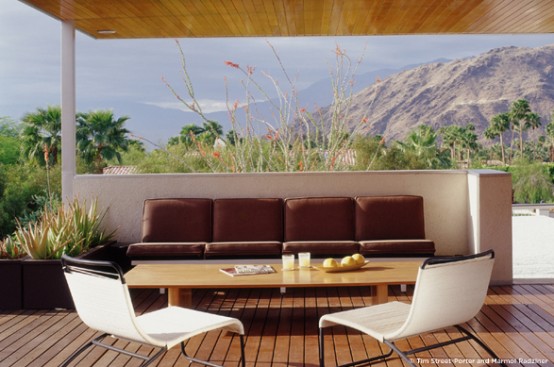 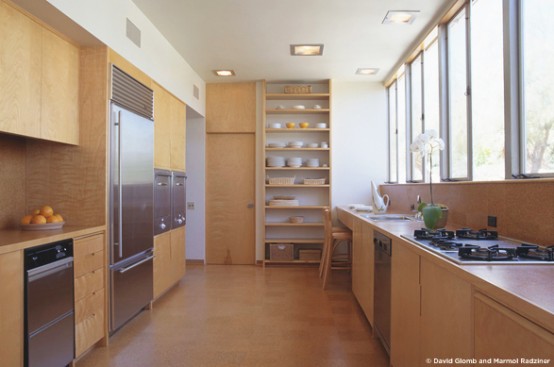 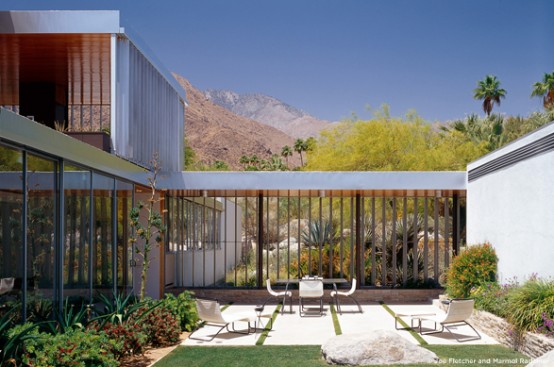 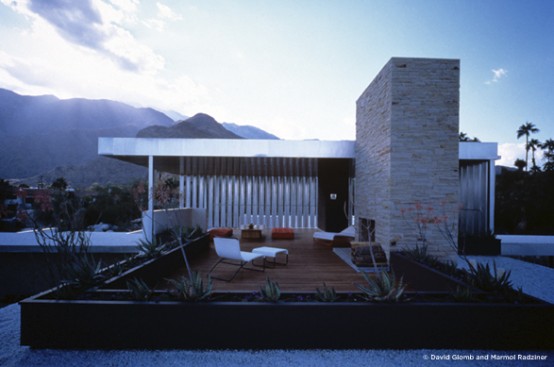 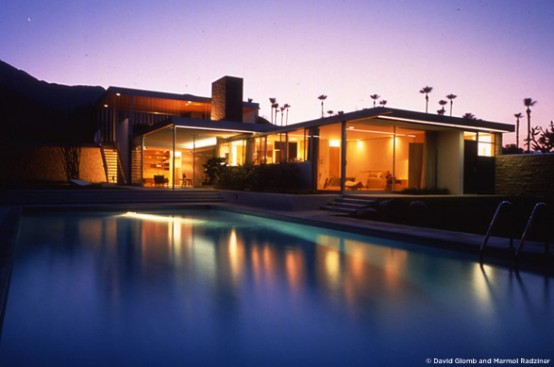