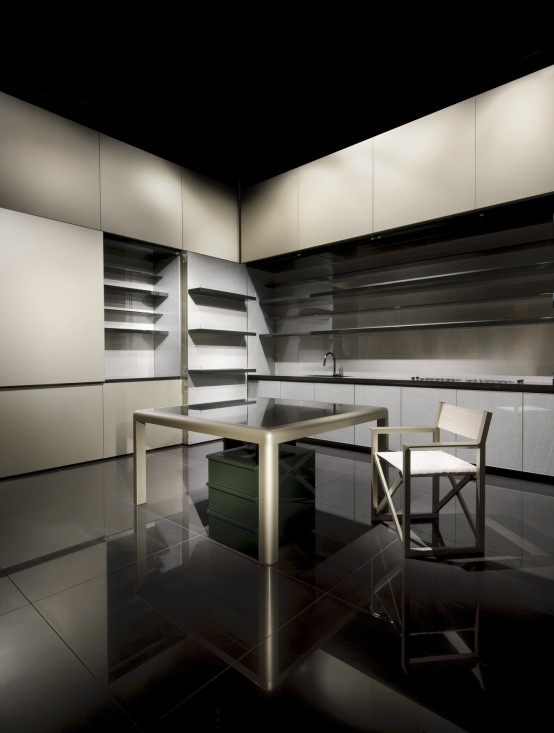 On Salon Internazionale del Mobile 2009 Armani Casa was one of these companies who gets a lot of attention with their latest release. They showed new kitchen design called Calyx created in collaboration with Dada and only can be described as “disappearing kitchen”. The kitchen design also characterized by its minimalist futuristic look because of sleek lines with polished surfaces. The kitchen is made from an ensemble of wood veneer, glass, woven metal and lacquered surfaces. Other interesting feautre of the kitchen is that work area can be concealed behind wide floor-to-ceiling doors to create even more clean environment. Such doors looks like walls in an elegant satin finish giving an impression of gold. Everything needed could be found behind that doors: refrigerator, freezers, dishwasher, steam and standard ovens, food warming drawer, gas stove and wine cellar. Besides that features, Calyx won’t be cheap, as many other luxury products from Armani Casa. 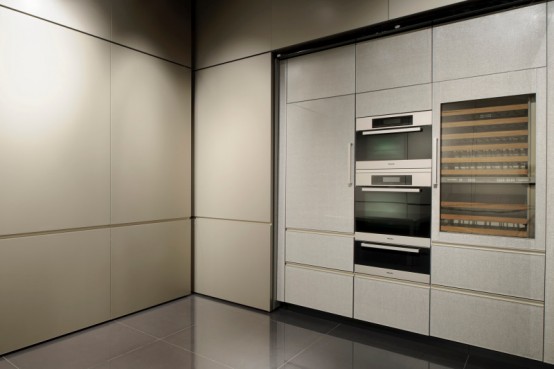 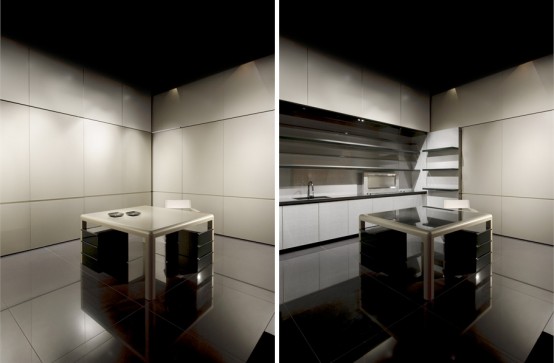