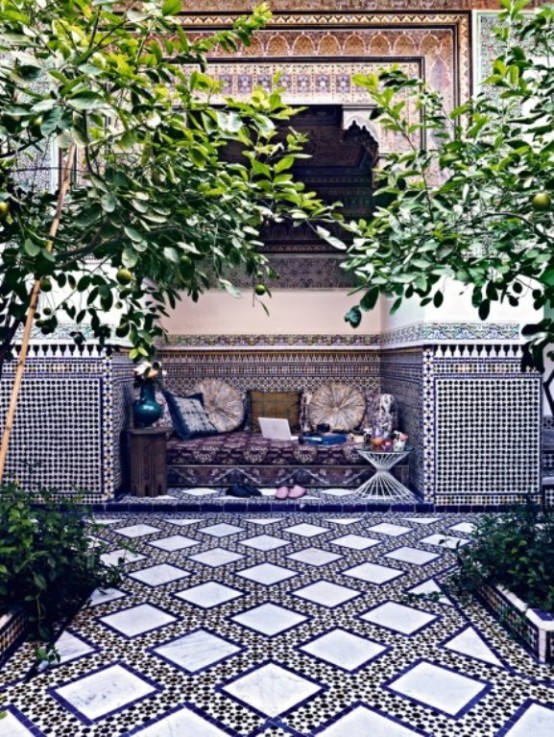 This beautiful villa was built in the heart of Marocco in the second half of the 19th century. This pearl is called Villa Fillali. It has been restored recently by the famous experts with respect to the culture and all the details. The style is eastern, traditional. Soft fluffy carpets, frescos, mosaic floors and cushions. There is some modern furniture also. The most of the furniture is the work of the local artisans, very exquisite and beautiful. The dark and red shades are also traditional for the East so they are used, too. In such a place anybody would feel an Eastern king, pasha, in an old fairy tale 1000 Nights And One. 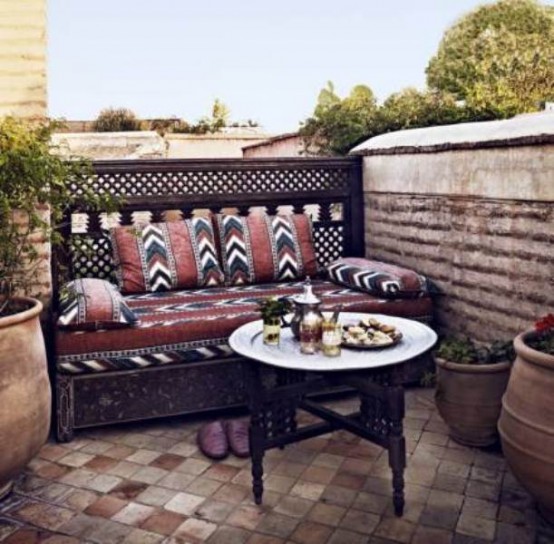 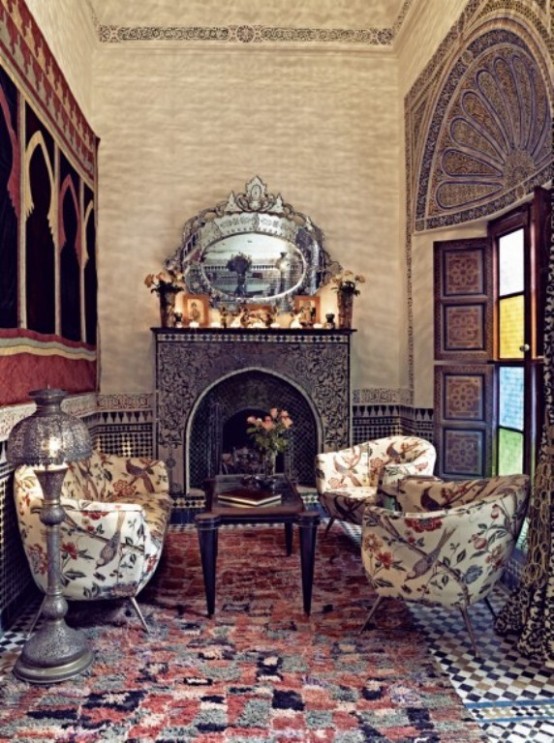 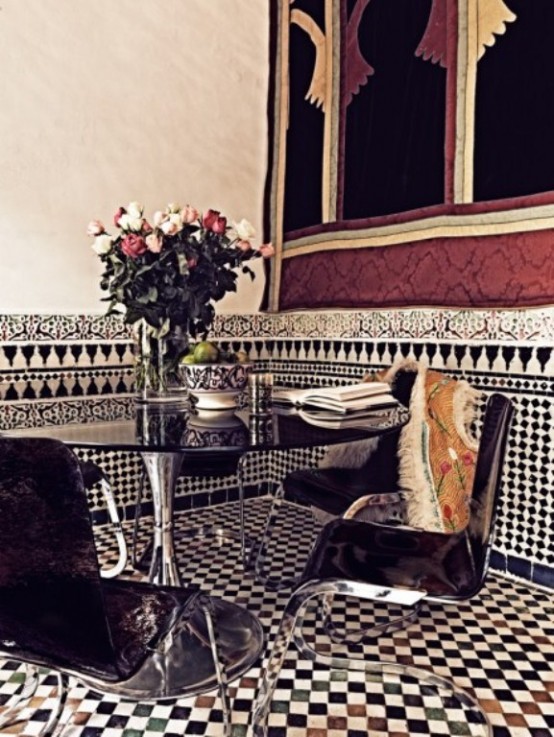 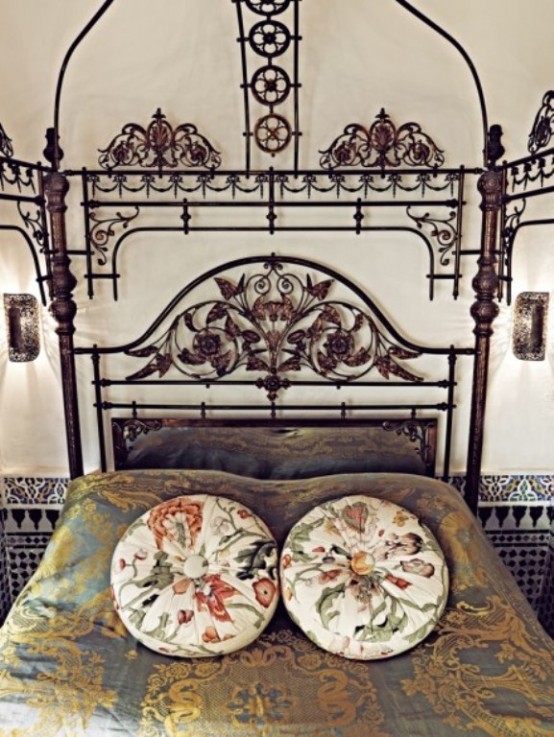 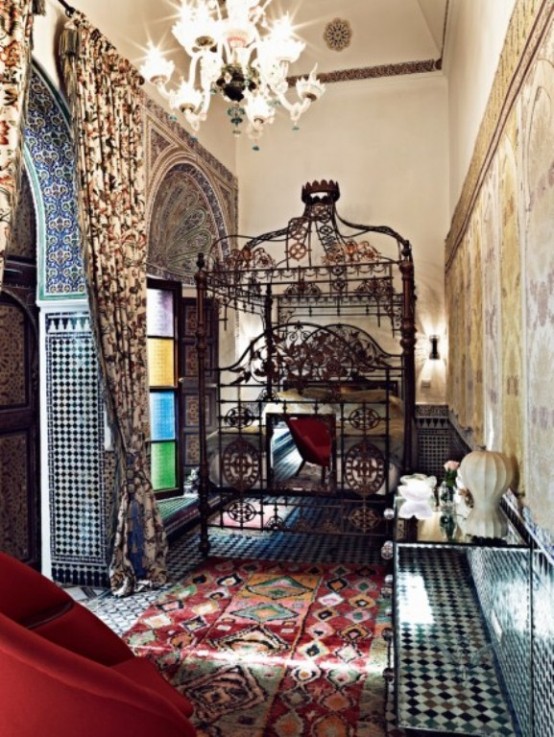 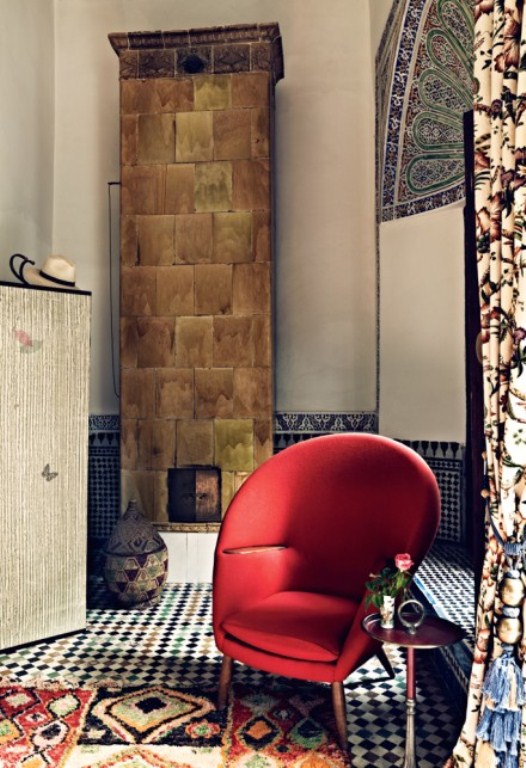 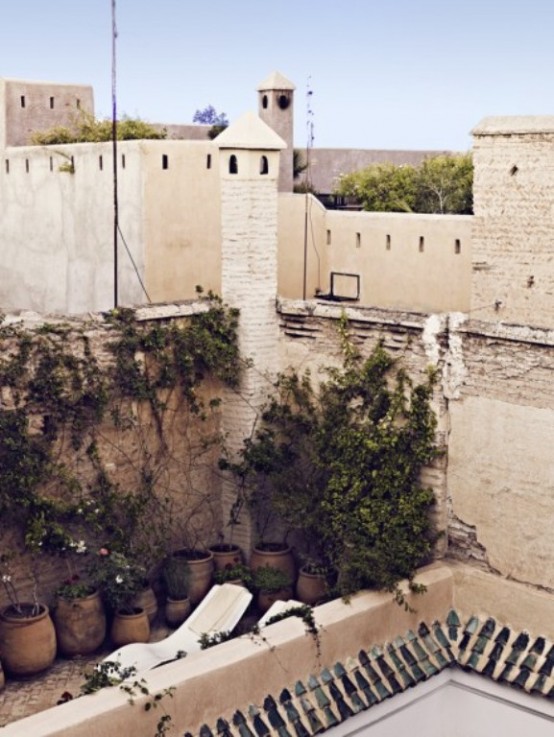