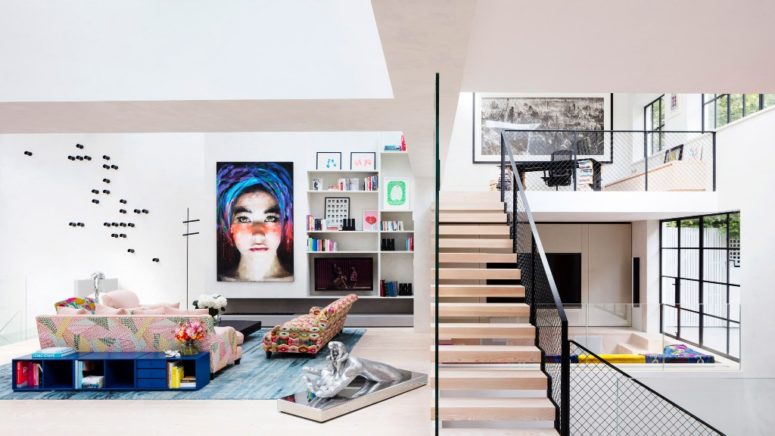 Rodić Davidson Architects has transformed a pair of artists’ studios into a lofty family home in London filled with eclectic furniture and striking artworks.

It is named Turners Studio as a blue plaque on the side of the building suggests that these particular studios were occupied by the painter between 1811 and 1829, although the claim is unsubstantiated. Rodić Davidson’s transformation celebrates many of the qualities that made the building suitable for painting. The owners wanted to retain aspects of their previous home life while also creating a home suitable for a growing family. They also wanted to frame their collection of art.

Everything above ground was removed to create a single space of significant volume and filled with light. This freed up the ground floor to become a single, open-plan space for lounging, cooking, dining and entertaining, which opens out to a rear garden.

The plan is centered around a central stairwell and a light well, which both help to ensure plenty of daylight reaches the basement. Artworks are dotted across the walls, including on the exposed, whitewashed brickwork that forms the rear of the original facade. Their bright colors are matched by patterned sofas and royal blue dining chairs in the living space. Interior designer Suzy Hoodless also added plenty of color downstairs, from the splatter-style wallpaper in the children’s rooms to the deep red hue of the master bedroom. Surfaces are kept light and bright, creating a blank canvas for displaying brightly colored paintings and objects. 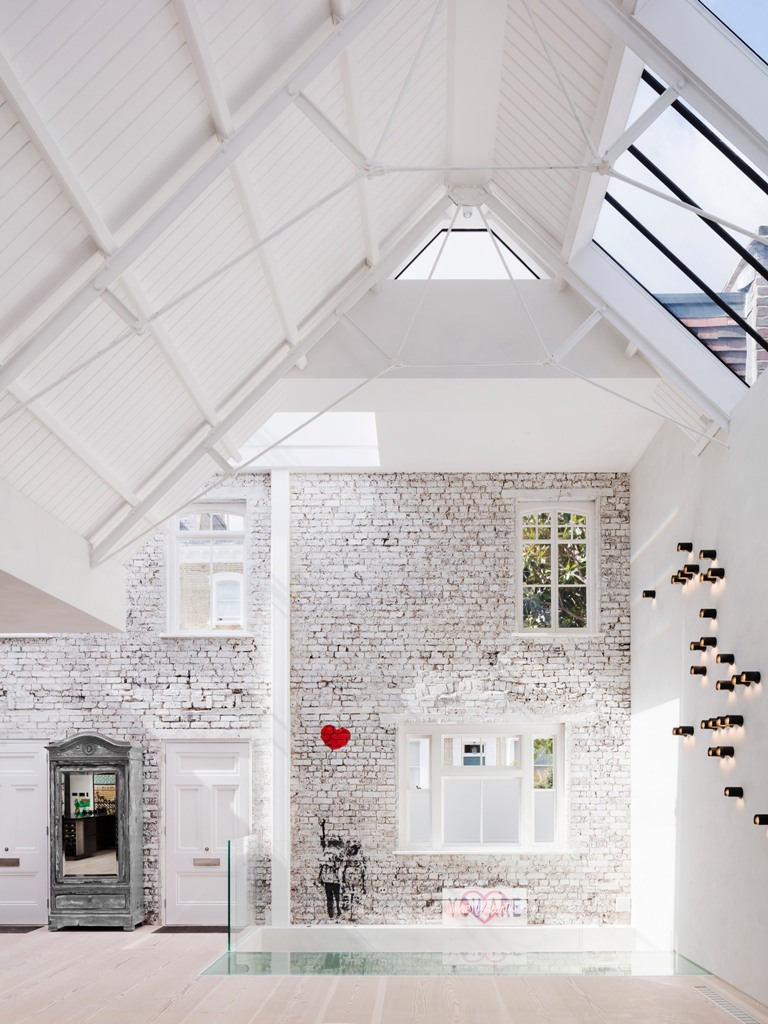 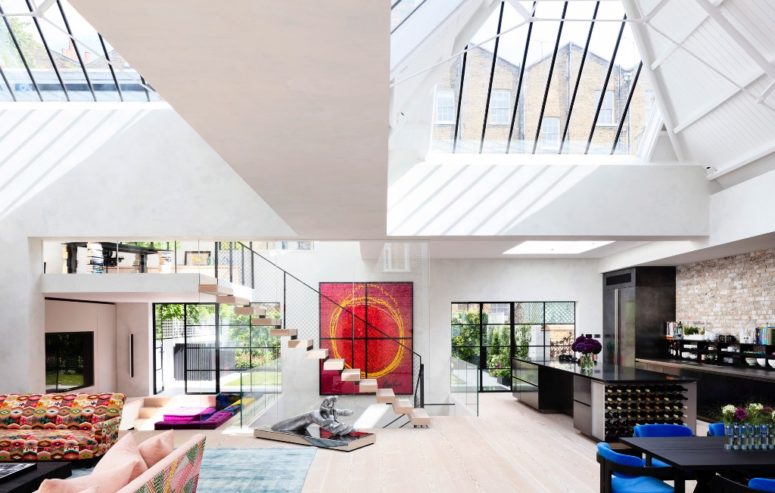 The main layout is an open space with a living room, a lounge, a dining room and a kitchen and there are lots of colorful touches 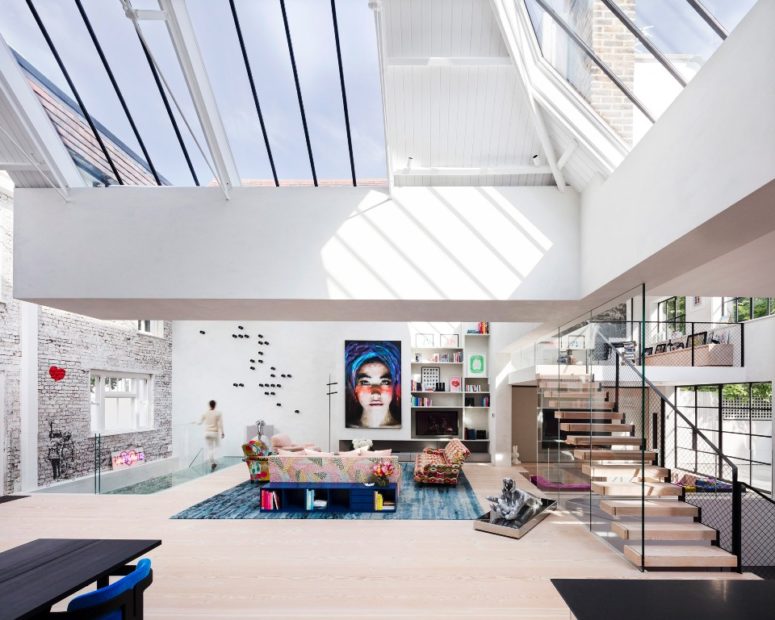 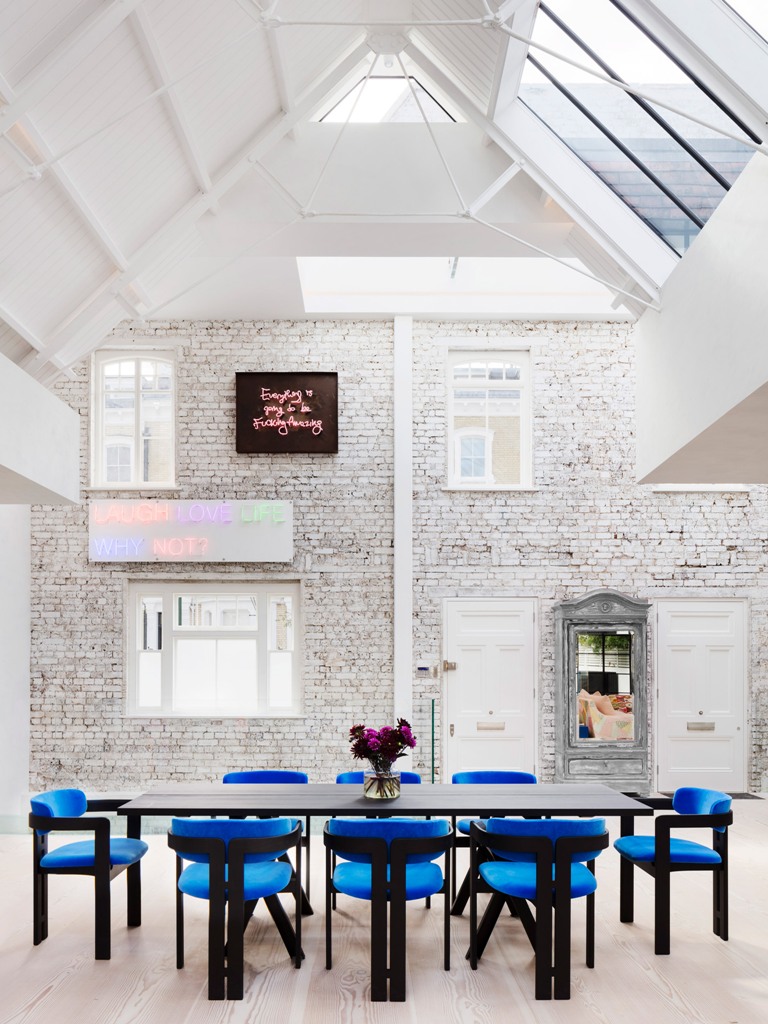 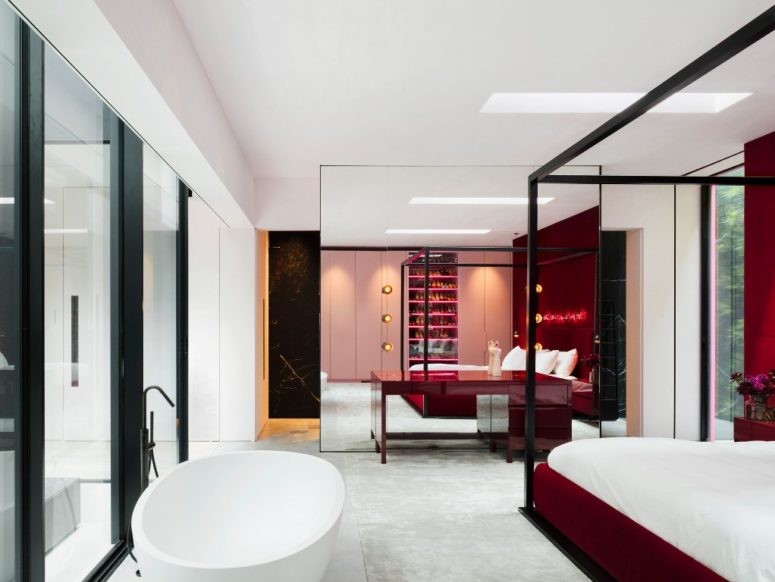 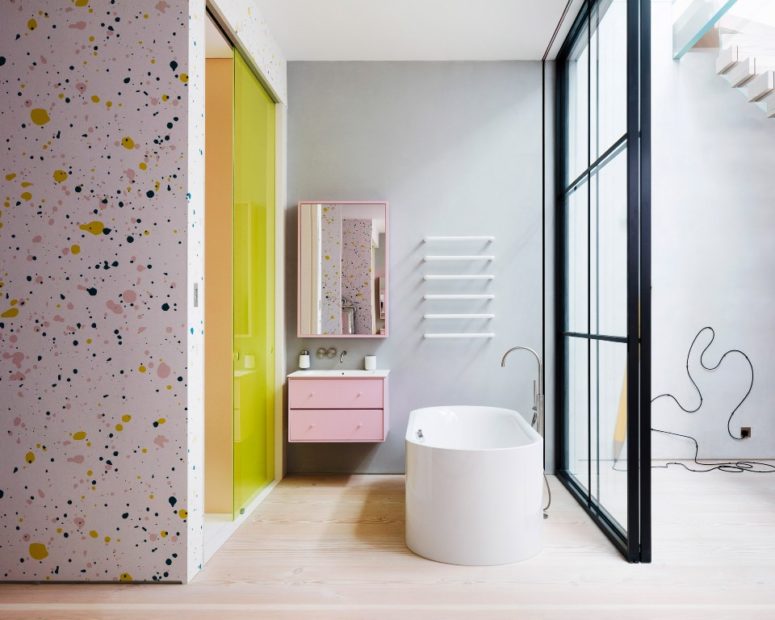 There's another bathroom done with terrazzo, pink and neon yellow touches for a bright look