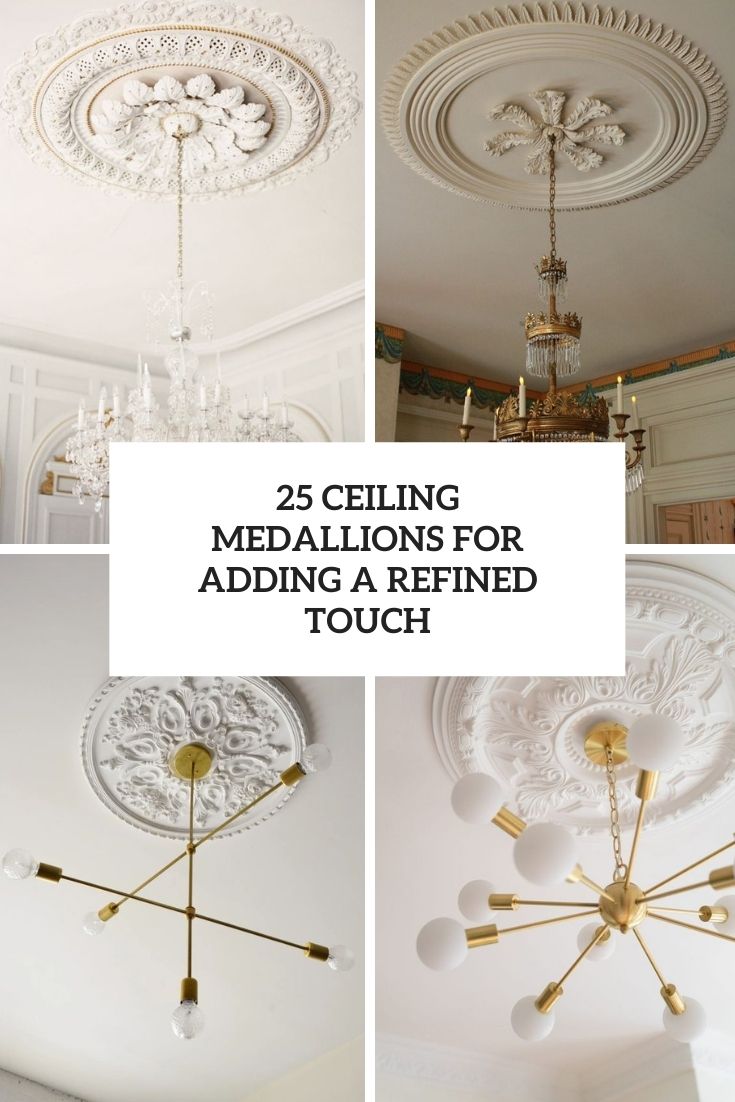 A ceiling medallion is a decorative detail that’s generally round in shape and the purpose of which is to add visual interest and draw attention to a hanging light fixture, such as a chandelier. These ornamental features first started to appear in the early decades of the 19th century, mainly in wealthier Victorian-style homes where they were used in large or important gathering rooms, such as a formal living or dining room.

The medallions’ appearance and the materials that they were made from varied greatly. Some were plain, simple round disks while others were highly detailed with elaborate carvings inspired by flowers and leaf motifs or classical Italian and Greek designs. The wealthier the homeowners and the grander the estate, the more luxurious the ceiling medallion designs. As for the materials that were used to make them, most were made from papier-mâché. Plaster, plaster of Paris, and wood were also commonly used by the artisans who created them.

The purpose of ceiling medallions was the same in the 19th century as it remains today; first, they are used for a visual purpose—to accentuate the ceiling’s focal point, a hanging light fixture, and to add a decorative element and an air of grandeur to a room. Second, they have always been used for a practical reason as well. Back in the day, one of those was to hide soot and dirt around the light, which isn’t necessarily a need today—though hiding an electrical box and wiring still certainly makes sense as a reason now.

If you’re thinking about adding a ceiling medallion in your own home, here are some things to consider when choosing what type would best suit your space.

Consider the style and architecture of your home, the furniture and decor that you have, and the light fixture that you will be using with the medallion. As you do that, it’ll give you clues as to what type of ceiling medallion you should be looking for. If you live in a more traditional home that has elaborate chair rails and crown molding, or even historical architectural features, an ornate medallion will complement those elements well and won’t look out of place or clash with everything else going on in the room. And, on the other hand, if you live in a more contemporary house and aren’t going to be hanging a big crystal chandelier, it’s best to use a simpler medallion design. This doesn’t mean that it needs to be completely plain, just feature less detail and cleaner lines than a highly traditional medallion does. 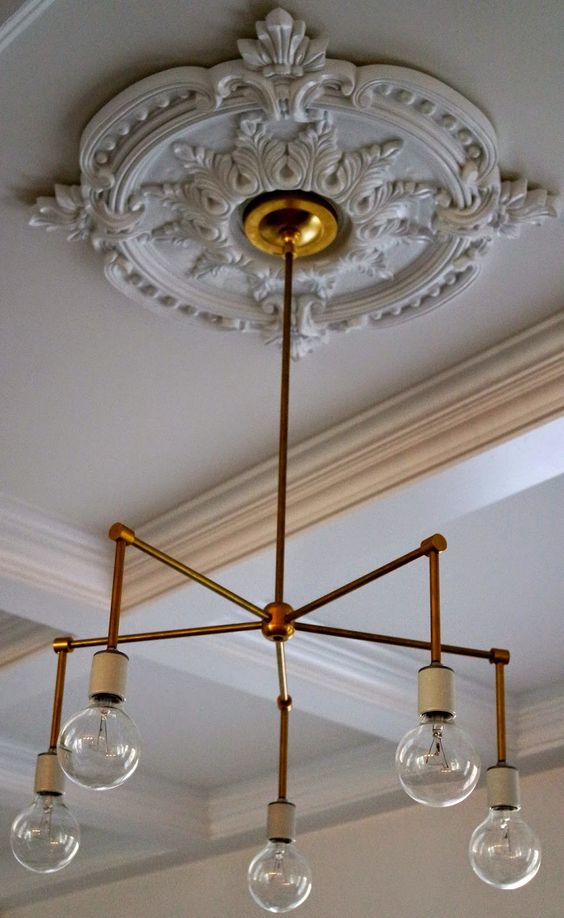 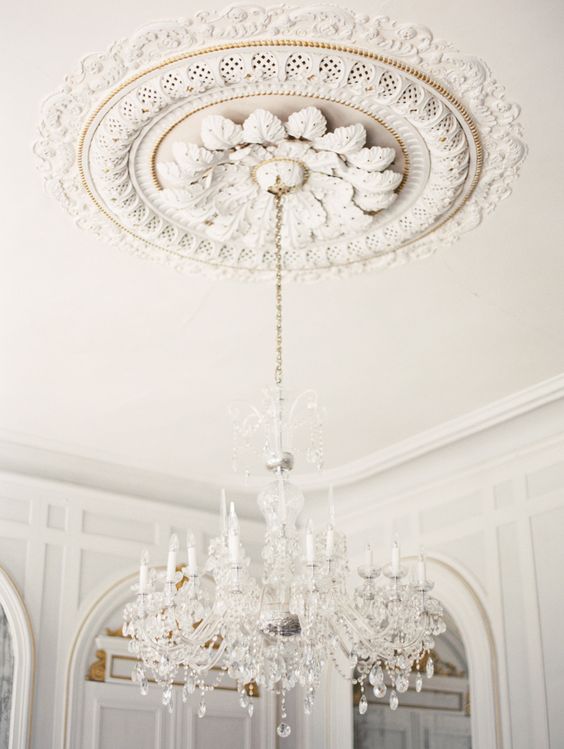 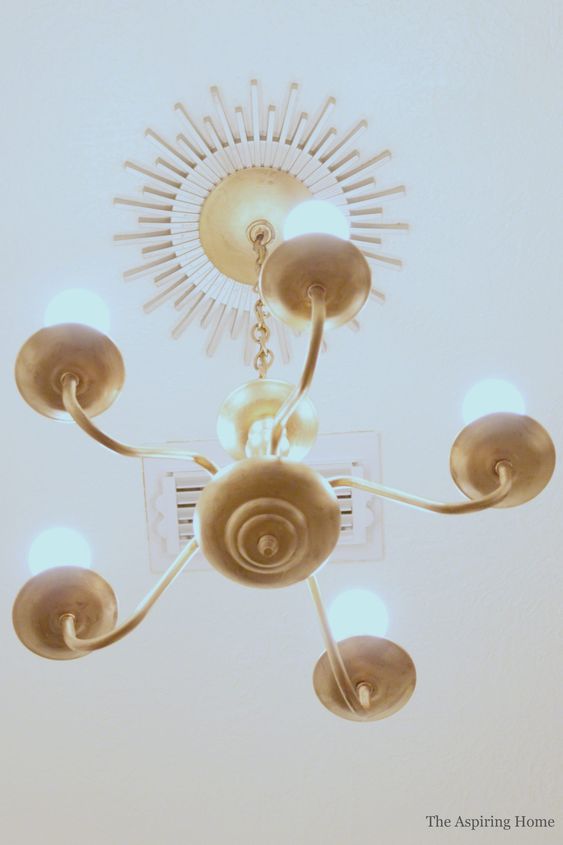 a jaw-dropping ceiling medallion plus a simple pendant lamp - if your medallion is very large and refined, keep the lamp simple 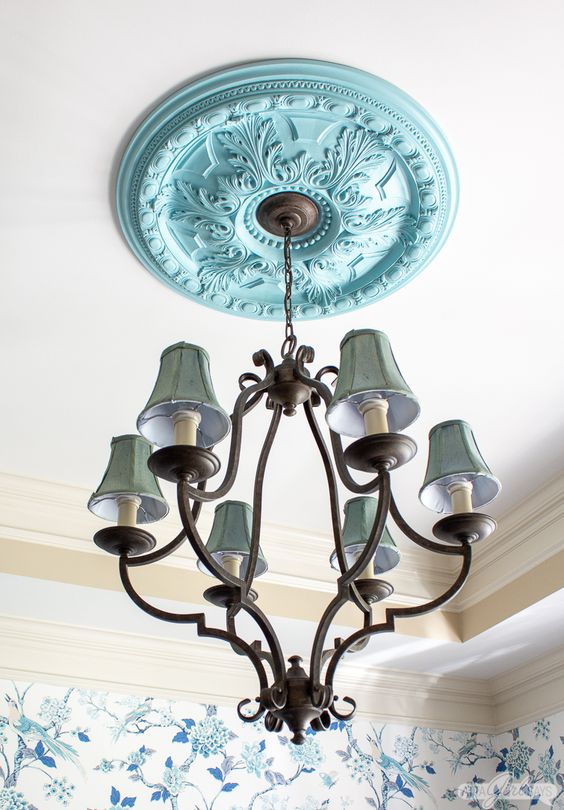 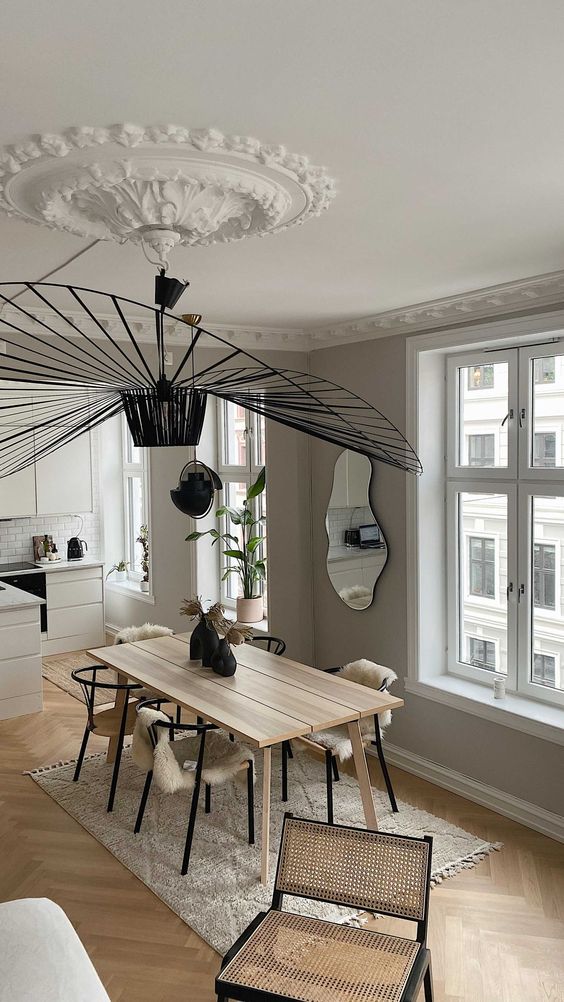 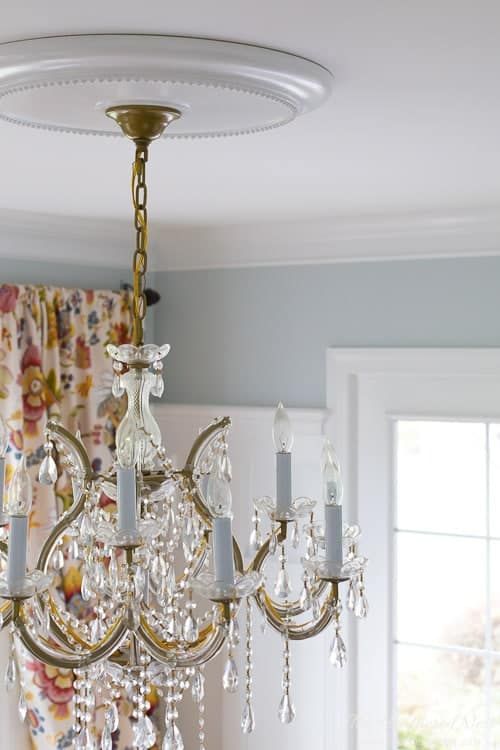 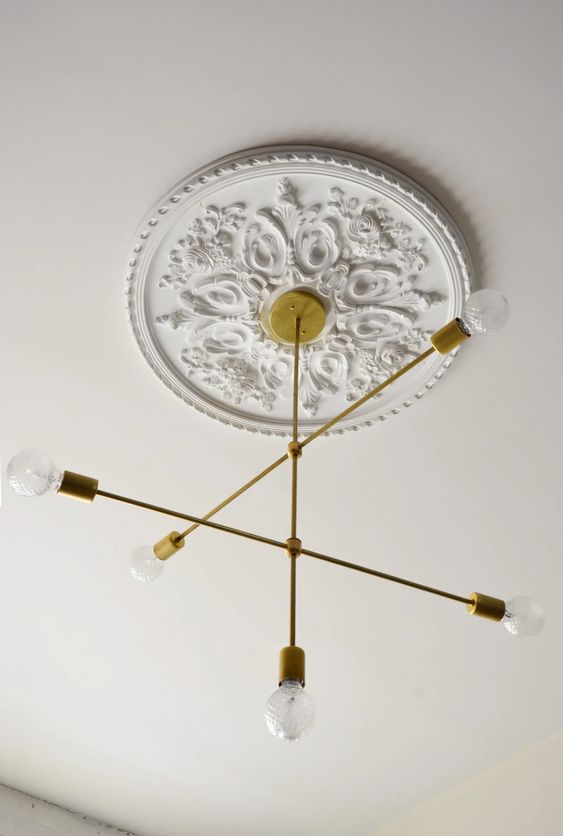 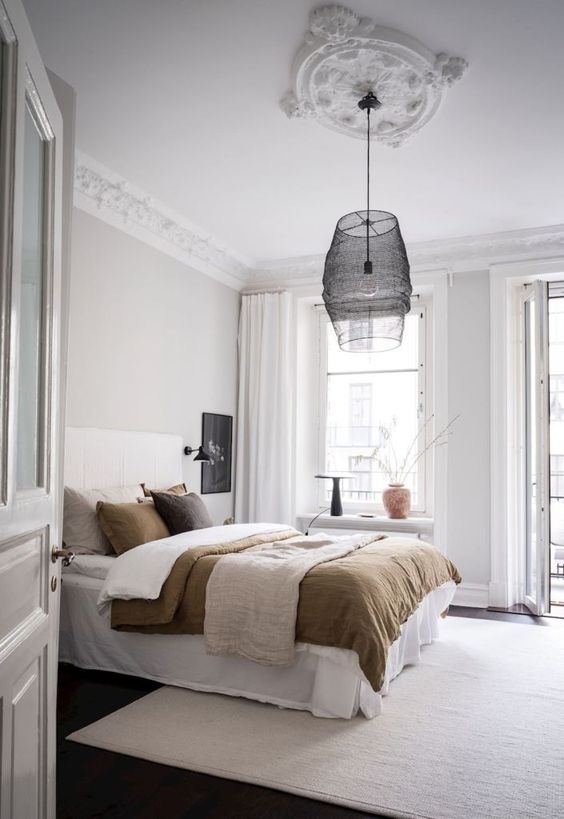 a Scandinavian bedroom with a chic and cool ceiling medallion, a black pendant lamp with mesh and a bulb for a contrast

To determine the ideal diameter of a medallion for your space, you’ll need certain dimensions. First, measure the length and the width of the room and multiply those numbers. That will give the square footage. Once you have that number, divide it by seven; that number is the diameter of the ceiling medallion that you need.

This is a good rule of thumb, but besides the size of the room, make sure to measure your light fixture as well. You want the diameter of the medallion to be about the same size as the diameter of the light. If you’re working with a particularly large room that has an exceptionally tall ceiling, another option is layering two different sized medallions together to create extra drama and add even more dimension, or use multiple medallions with multiple lights. Get inspired by the beautiful ideas we’ve gathered! 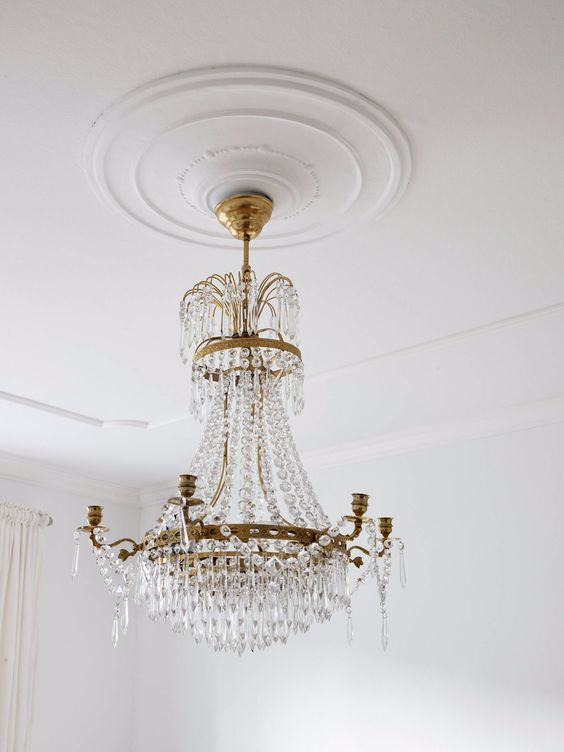 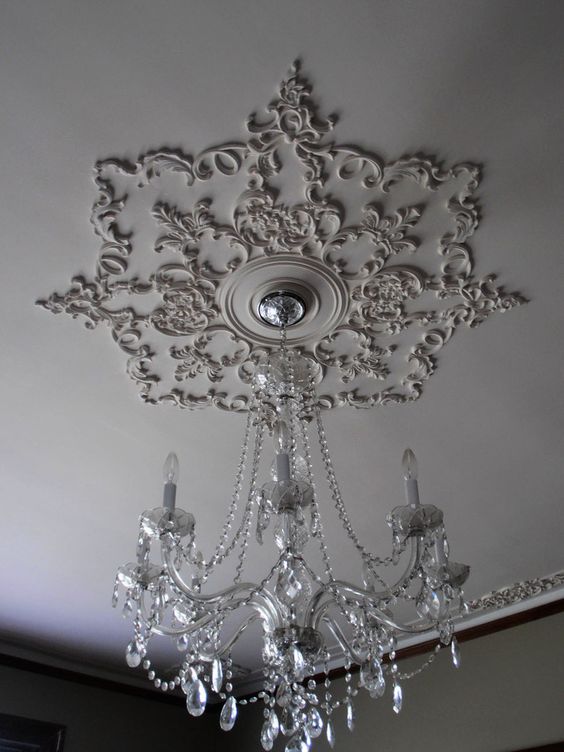 a sophisticated ceiling medallion made of patterns attached right to the ceiling to form it, a crystal chandelier to finish off the look 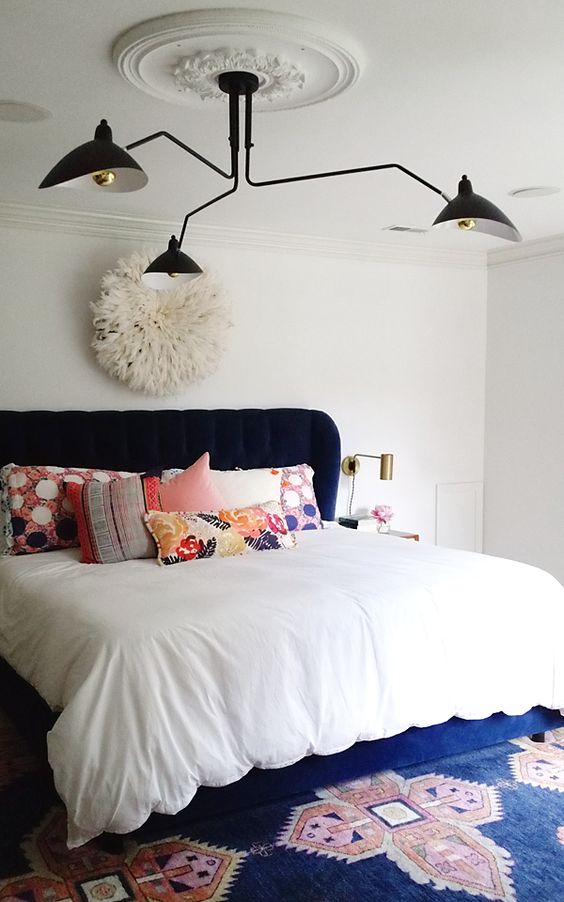 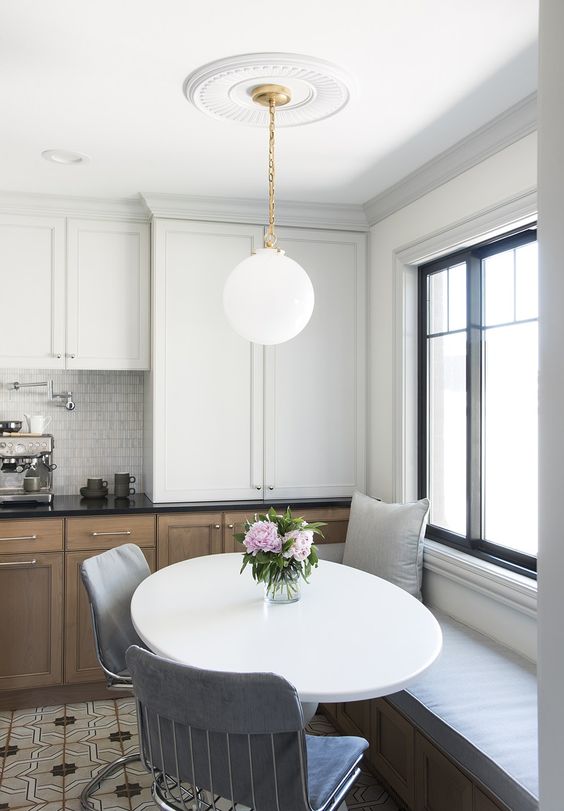 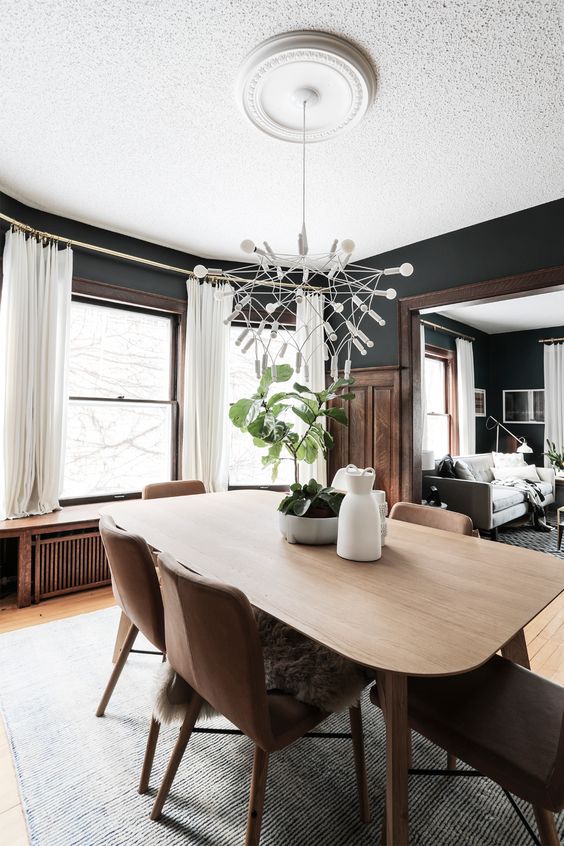 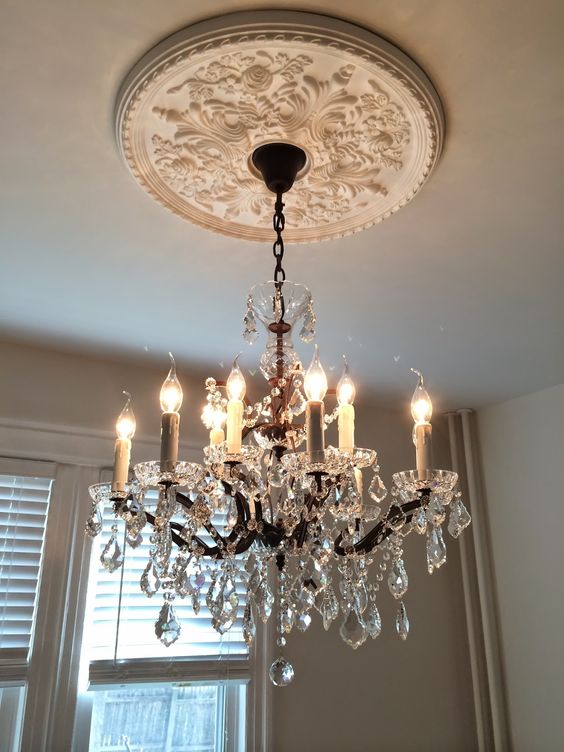 a white ceiling medallion paired with a crystal chandelier, with candles and crystals hanging down for adding vintage chic to the space 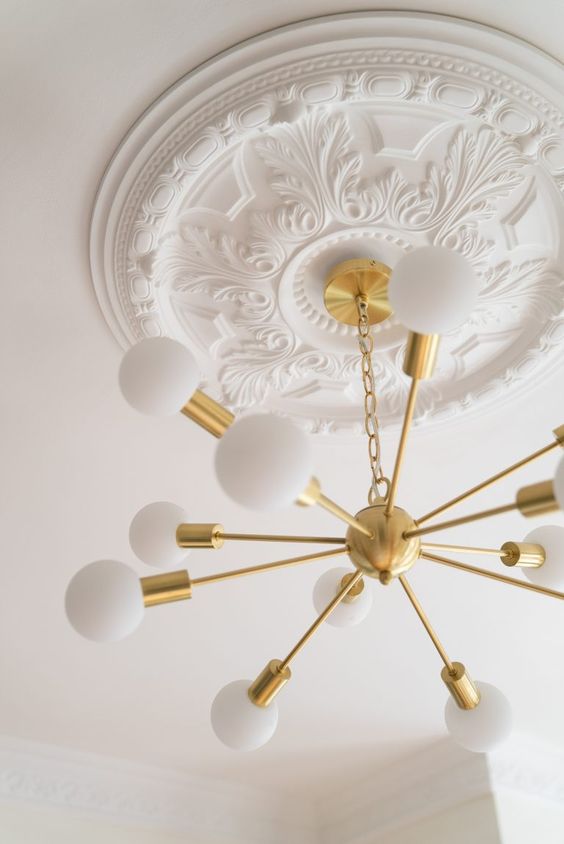 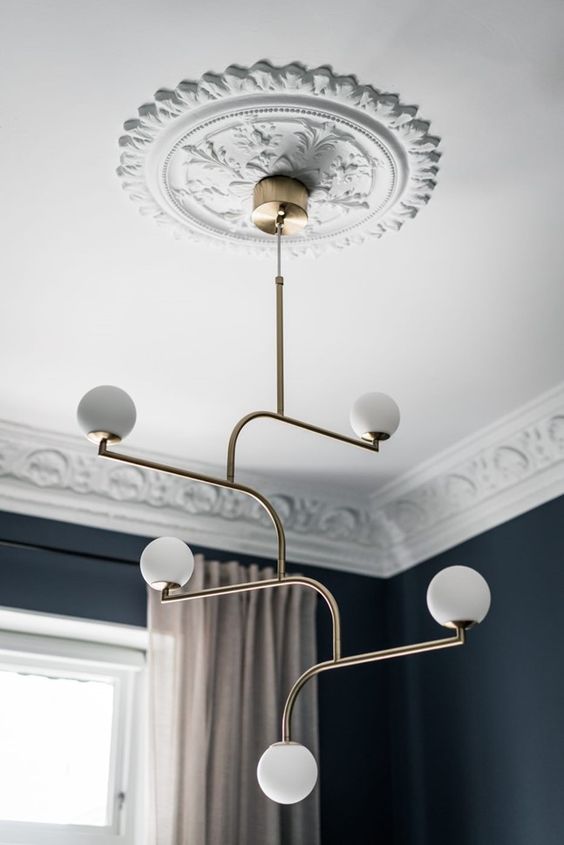 a white patterned ceiling medallion and a modern brass chandelier with bulbs are a lovely pair to rock, they will make your space ultimate 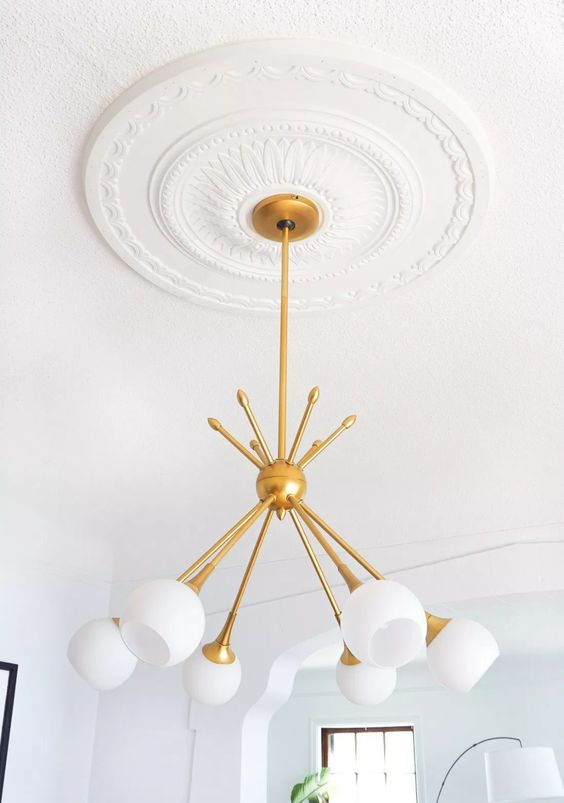 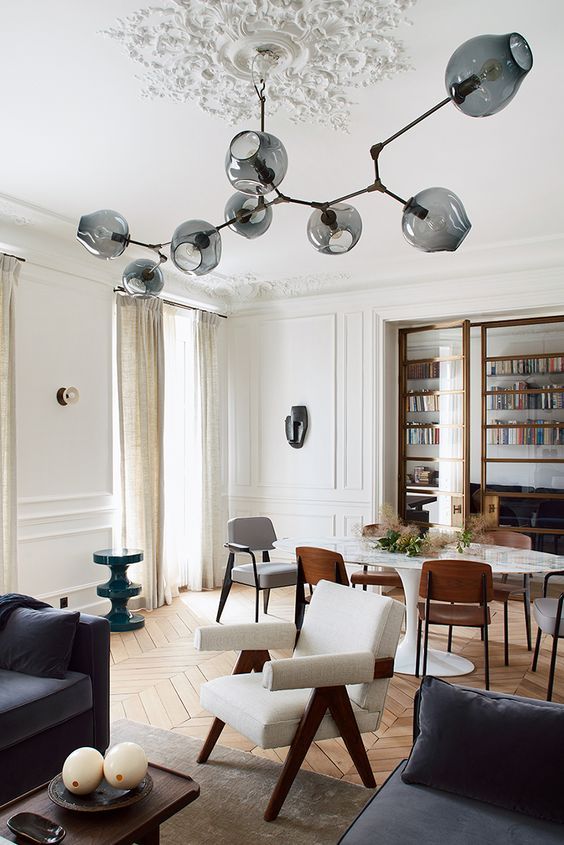 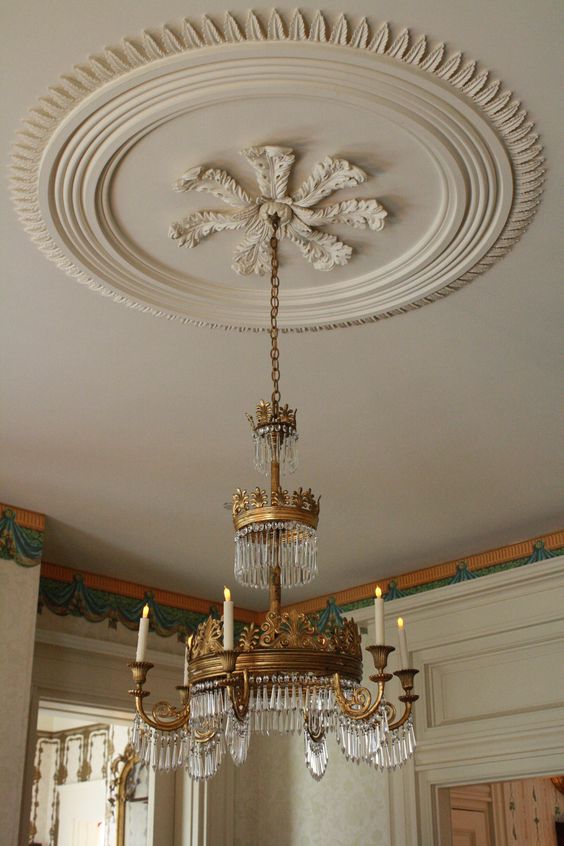 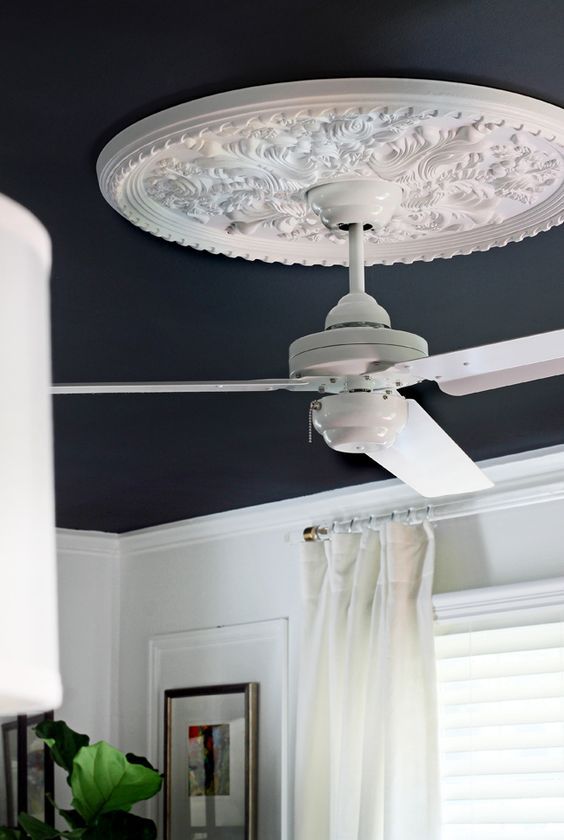