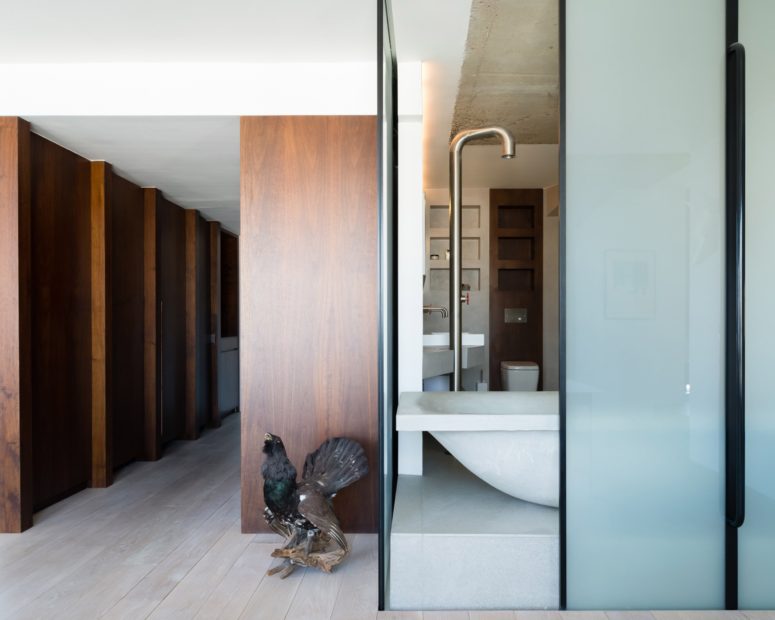 This flat in Londo is centered around a concrete bathtub, which is placed in the center

The London-based architecture studio the Klassnik Corporation was asked to create the loft-like home on the sixth floor of a former printing works in Clerkenwell, known as the Ziggurat Building. The team used an assortment of architectural features to add personality into the home.

Surfaces, transparency, varied opacities, reflection, liquids and motion combine in the fluid arrangement of domestic spaces within the apartment, surrounded by vistas of the city. The whole interior design is centered around a sculptural bathtub, which is an unexpected touch.

The entrance leads directly through to the open-plan living space – a room that accounts for more than half of the flat’s area. This curved room is framed by concrete columns with tapered tops. By contrast, the storage closets in the entrance hall are fronted by American walnut, forming a series of piers intended to simulate “the effect of an architectural enfilade”. Instead of standard rectangular entrance, the doorway include a semi-circular cutaway the echoes the form of the columns of in the living space.

The bathroom is hidden behind glass sliding doors. Off to one side of this space and raised up on a pedestal is the concrete bath tub. This can be revealed or hidden – depending on the occasion and the level of privacy required – thanks to sliding mechanisms and smart glass that changes transparency. The red flower-shaped taps add a dash of colour to this otherwise minimal room. There is also a large spout that adds some ceremony to filling up the tub with water. Sliding glass walls can transform to reveal or conceal this conventionally most private of spaces at the click of a button.

The master bedroom is directly connected to the bathroom, and features a wardrobe with rose-gold hue stainless-steel doors. A small home office is a cute nook with timber texture and warmth, which makes it super cozy. The other rooms in the home are a guest bedroom and a toilet separate from the main bathroom. 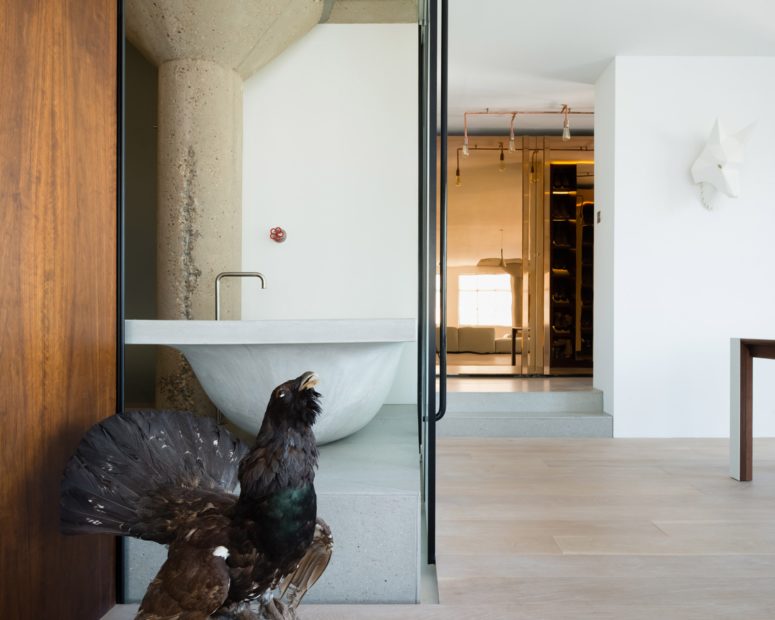 The bathroom is hidden behind sliding glass doors, which can be opaque if you need 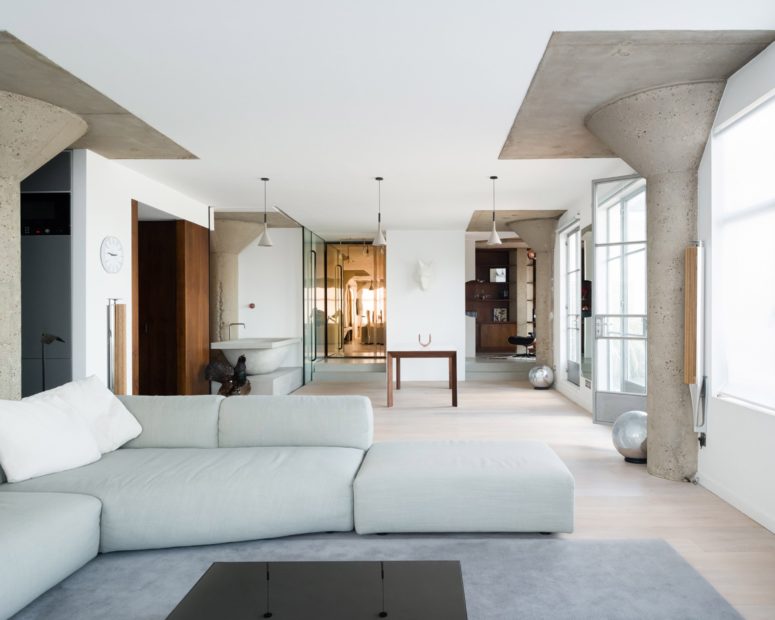 The apartment is decorated in the light shades, white, ivory, warm woods 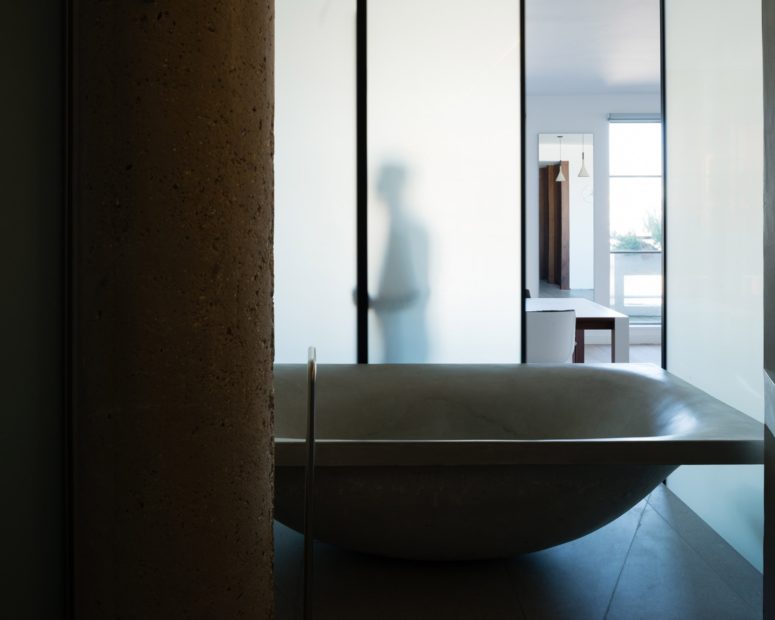 This is the unique sculptural bathtub, which is the focal point of the whole apartment 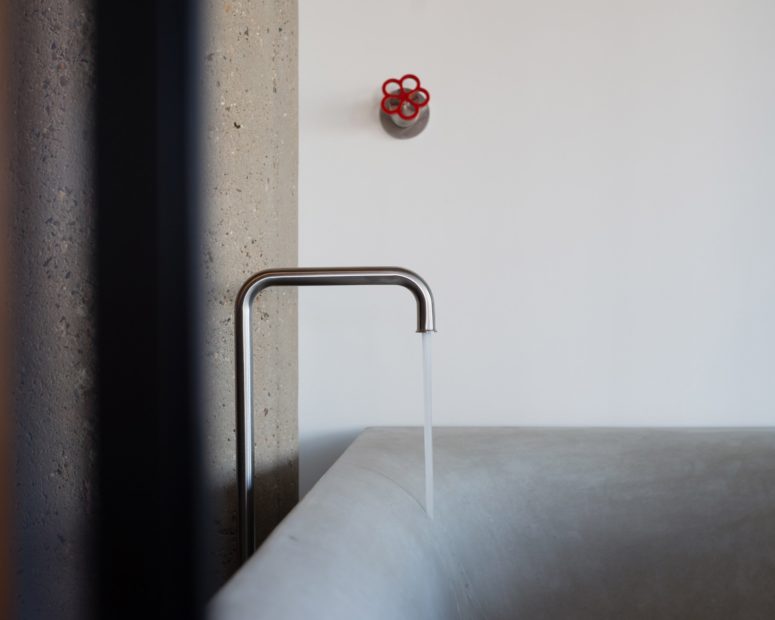 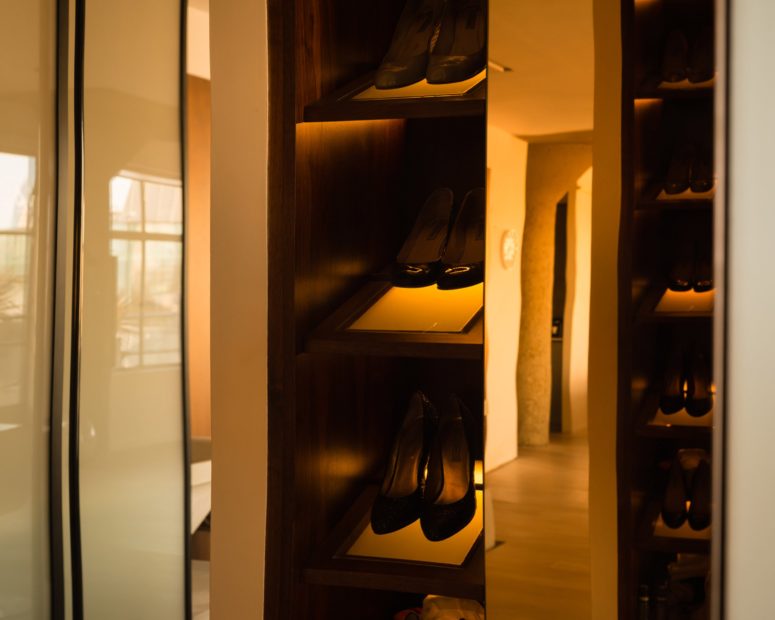 The closets are clad with American walnut 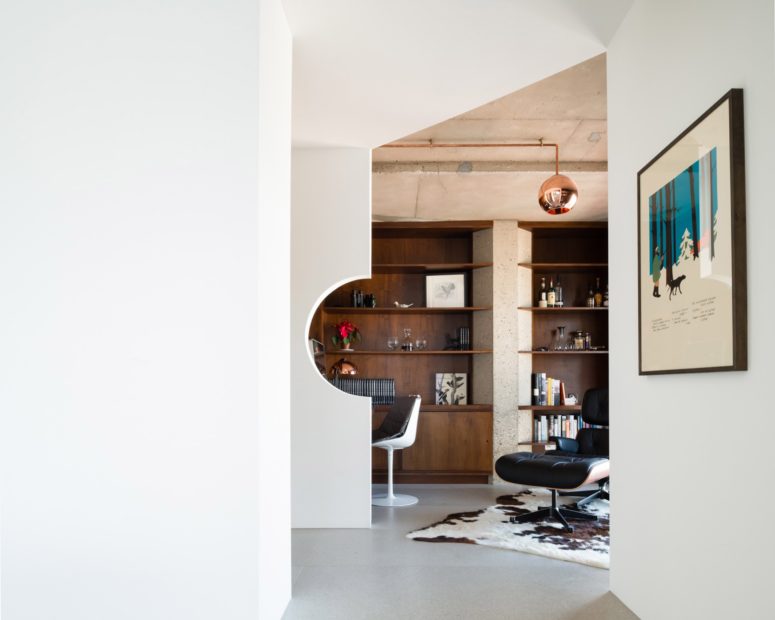