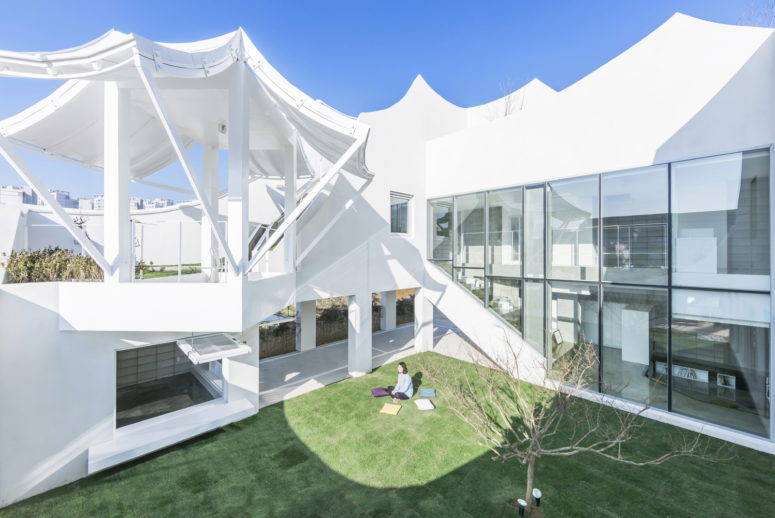 The owner of this house is a young pilot and his family, and the house landed lightly on the site in the new developing town near the Incheon airport.

IROJE KHM Architects managed to express the flight and the traditions of Korean architecture, metaphorically symbolize the airline’s flight and show the dynamic movement architecturally. In order to offset the instability of the flight, the architects planned a sitting down form of heating stone system which is the Korean traditional architectural structure

The Korean traditional architect’s spatial and landscape element such as yard, garden and rumaru pavilion were transformed into contemporary housing program which applies the house main outer space and afforest the rooftop so that when you walk from the courtyard to the roof top, it makes a landscape for the sloped roof garden that allows strolling circulation. This allows the home to coexist with the nature and form a landscape hill.

The architects had to overcome the small construction cost budget and in order to realize the design’s conceptual result. They had to expose the concrete framework surface and concrete block wall surface so that the structural material becomes a finishing material so that the total construction fee is minimized and creates a simple interior space.

As for interiors, the house feels as futuristic and unusual inside as outside. There’s a lot of concrete in the decor because it’s budget-friendly and very modern; the interiors are mostly done in white and you can see just a few colorful details, mostly red, that cheer up the spaces. There’s a strong conenction between indoors and outdoors, and much light inside due to the windows with no curtains. 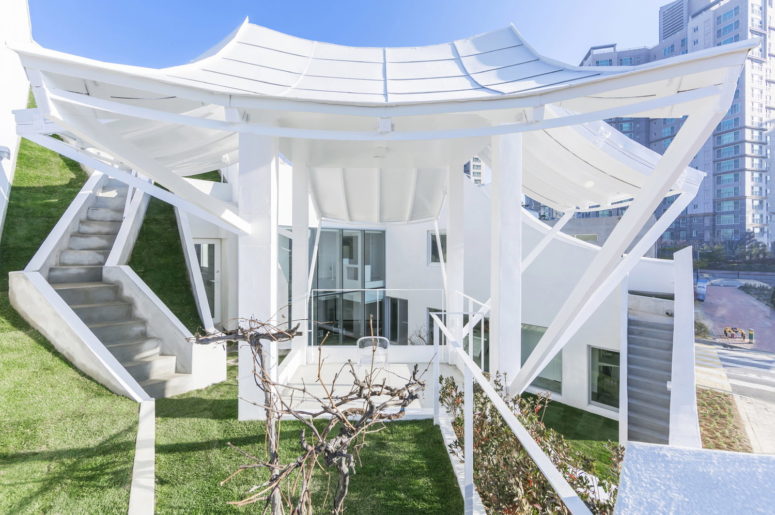 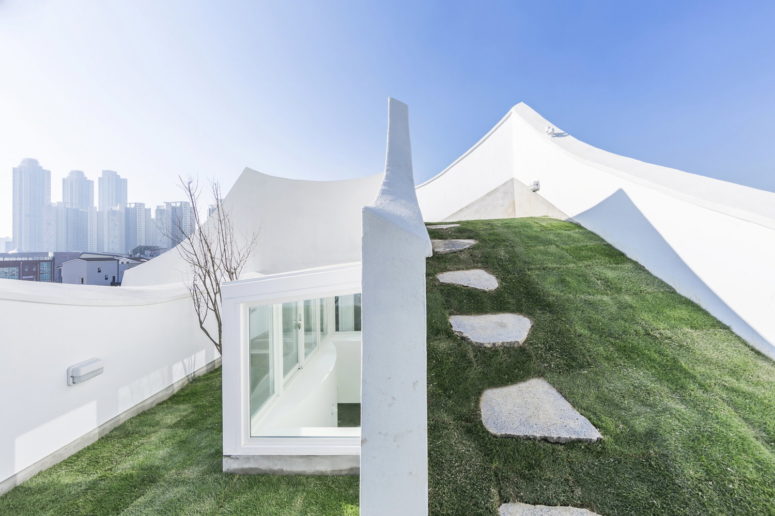 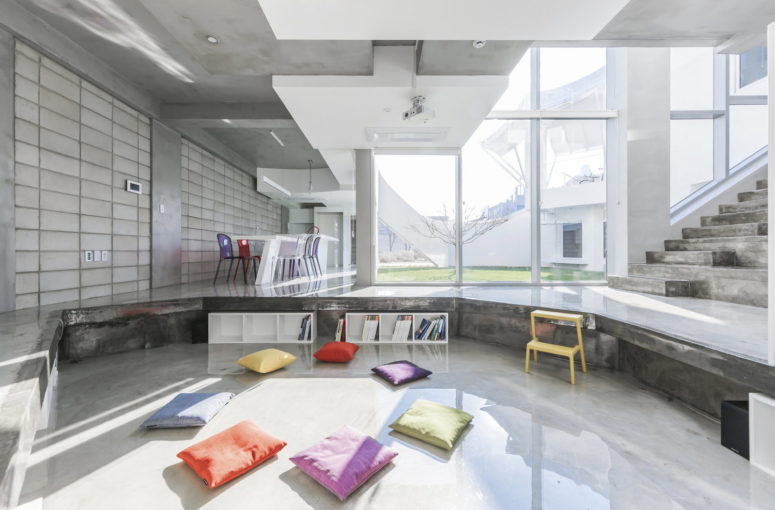 The interiors are between minimalist and industrial, with lots of concrete in decor, which is not only budget-savvy but also very durable and modern 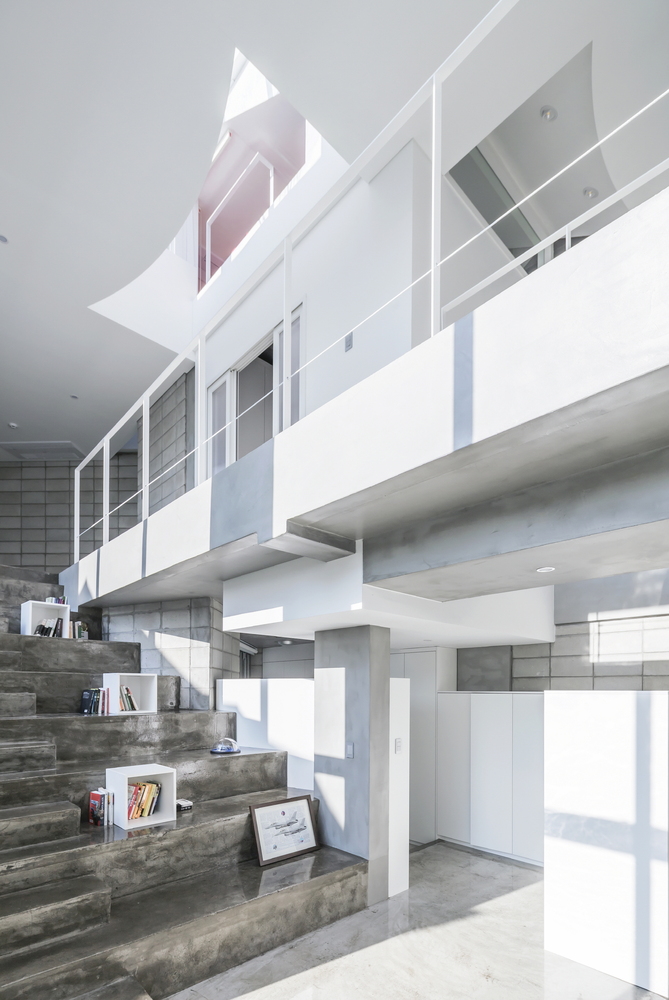 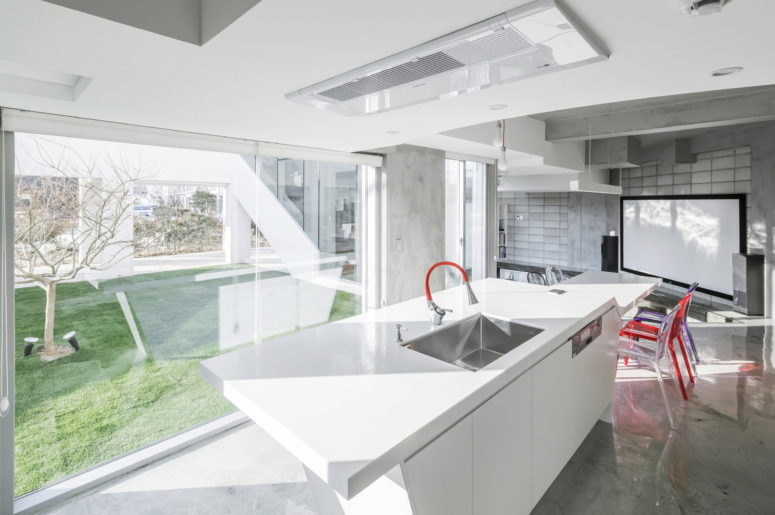 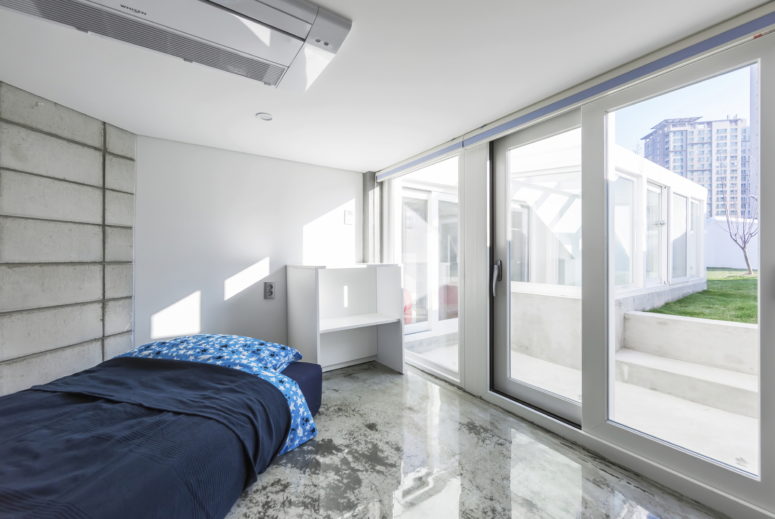 The house is opened to outdoors at maximum, there even no curtains to get the view 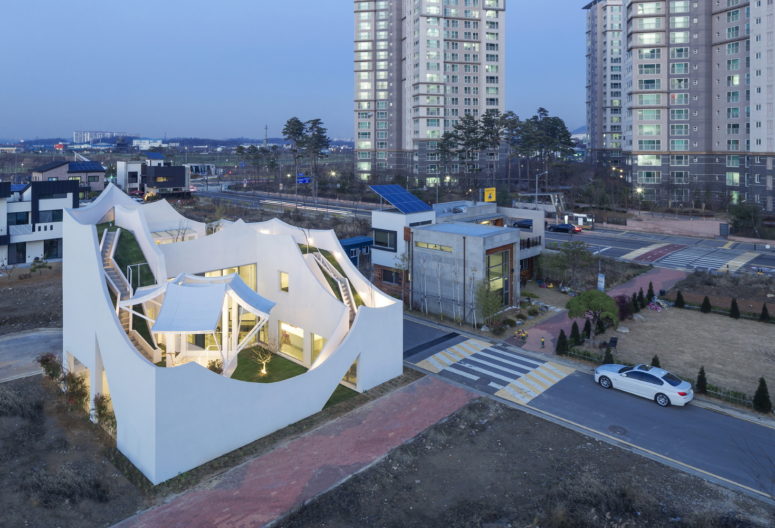 Just look at this unique house illuminated at night 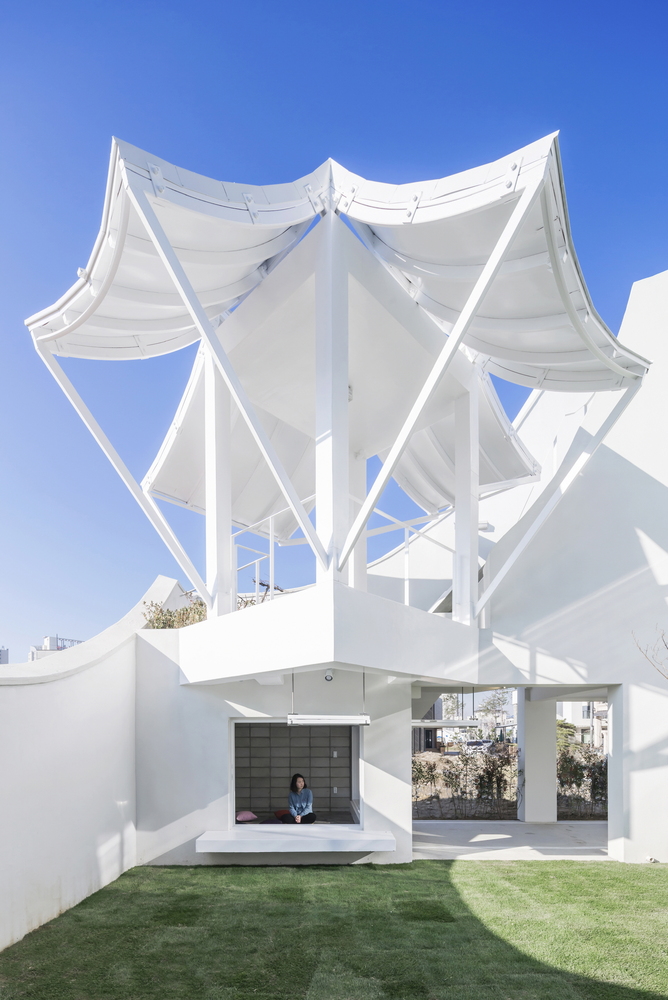