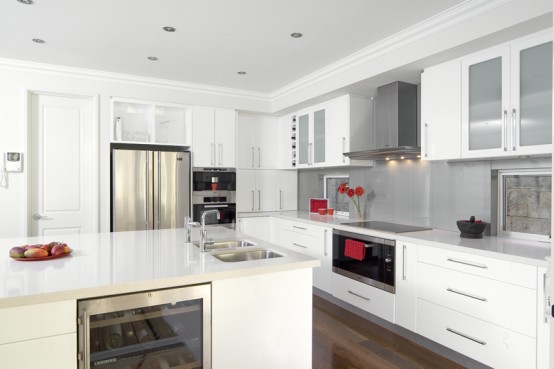 When Japanese people create innovations in dark kitchen designs, Aussies go in different direction. Their HIA Australian Award 2008 showed not only big bathroom design trends but also trend in kitchen designing. The trend is white kitchen cabinets and furniture. Mostly glossy white. Although it isn’t as new it mostly was used in modern house designs and mostly combined with black color. But Australian designers began to use it with neutral colored walls and wooden floors. Because of floors such kitchens loose in contemporaneity but win in naturalistic. Suck kitchens won both kitchen project of the year and kitchen designer of the year awards.

As I more like contemporary design style I prefer more cold combination with white color. Although for people who want make their kitchen as naturalistic as contemporary such kitchen design trend could be useful. 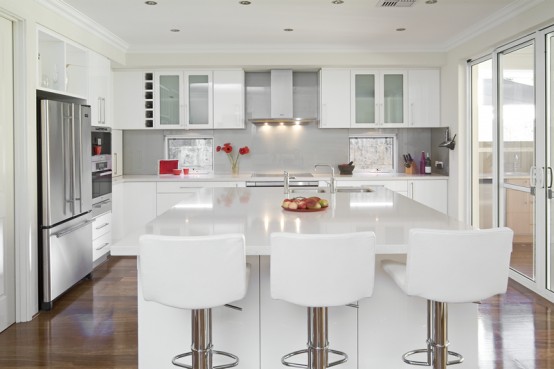 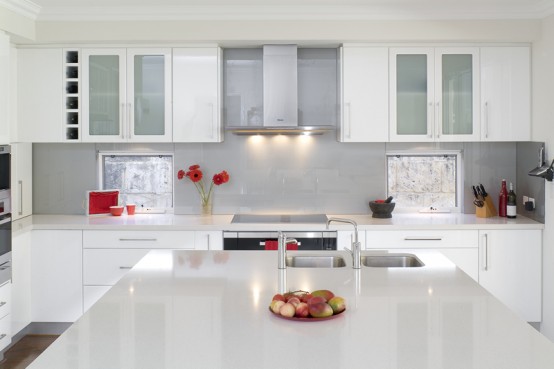 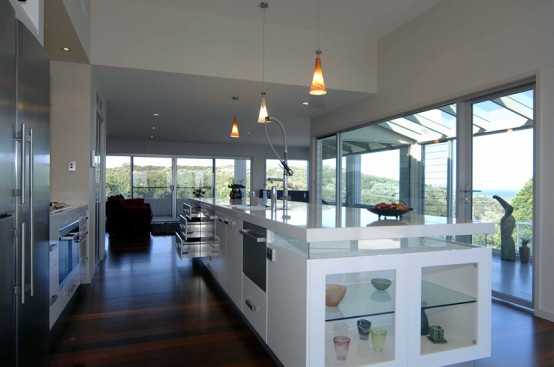 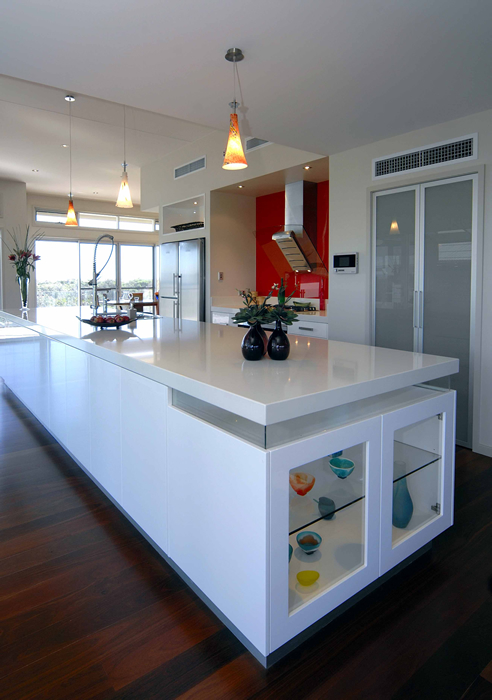 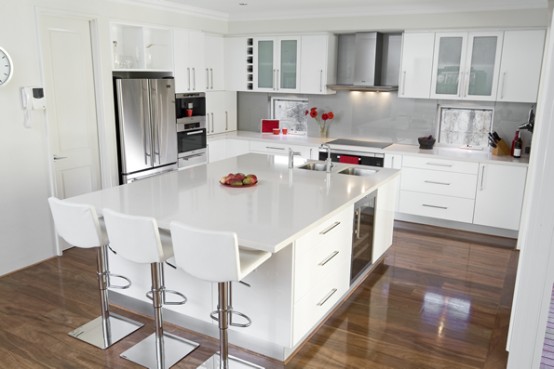 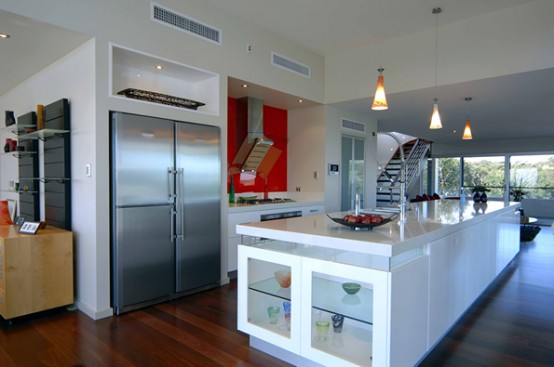