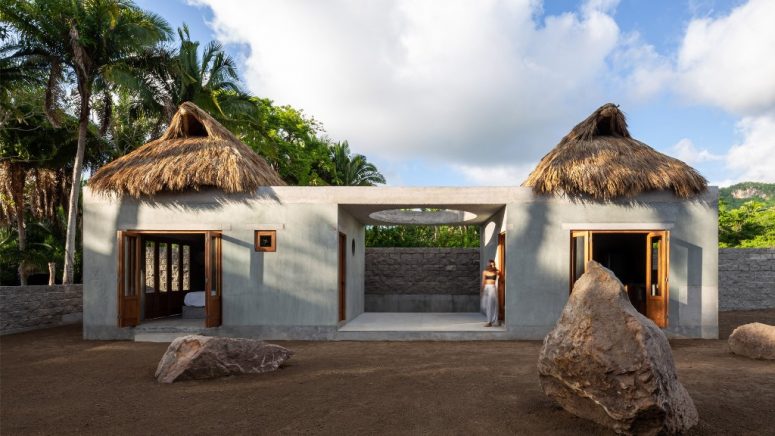 Studio Palma designed the 50-square-metre holiday home for a retired couple from Las Vegas. It contains a bedroom in one volume and a kitchen and lounge in the other. Both have bi-folding wooden doors with glazing that open to the outdoors, and wooden doors that lead onto the patio.

In the lounge, a large cushion is placed atop a stuccoed plinth to form a seat. It faces wood kitchen cabinetry built into a frame rendered to match the stucco walls. The other volume has a slim bathroom tucked behind the bedroom, where slatted wood doors open from the shower room to the exterior.

The studio has used dried palm leaves, thatch, stucco and circular openings to keep this holiday home cool in a tropical climate. A circular opening punctures the roof of the patio to allow natural light to illuminate the space underneath – depicted as an area for yoga and meditation. Two structures flank either side, with one occupied by the bedrooms and the other for the living room.

Each has a tall pitched palapa roof, a typed of thatched roof made from dried palm leaves, to create a cool interior in the humid weather typical to its location in coastal town Litibu. For the architecture studio Palma, palapa forms part of a series of design elements chosen to reference traditional tropical architecture in Mexico. They also include a render on the concrete that is formed from pigmented stucco, which it said helps to avoid the build up of humidity on the walls. Escamilla added that the exterior walls of Litibu house are also broken up by the concrete forms of the lintels and shelves. Smaller round holes reminiscent of the larger opening above the patio also puncture the walls to allow cross ventilation. Take a look at the pics of this gorgeous home and get inspired! 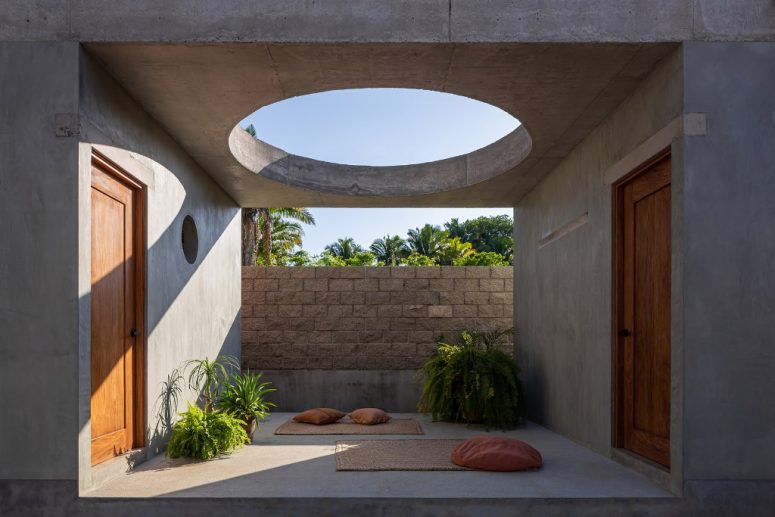 This patio is a great space for yoga and meditation, there's a circular opening over it 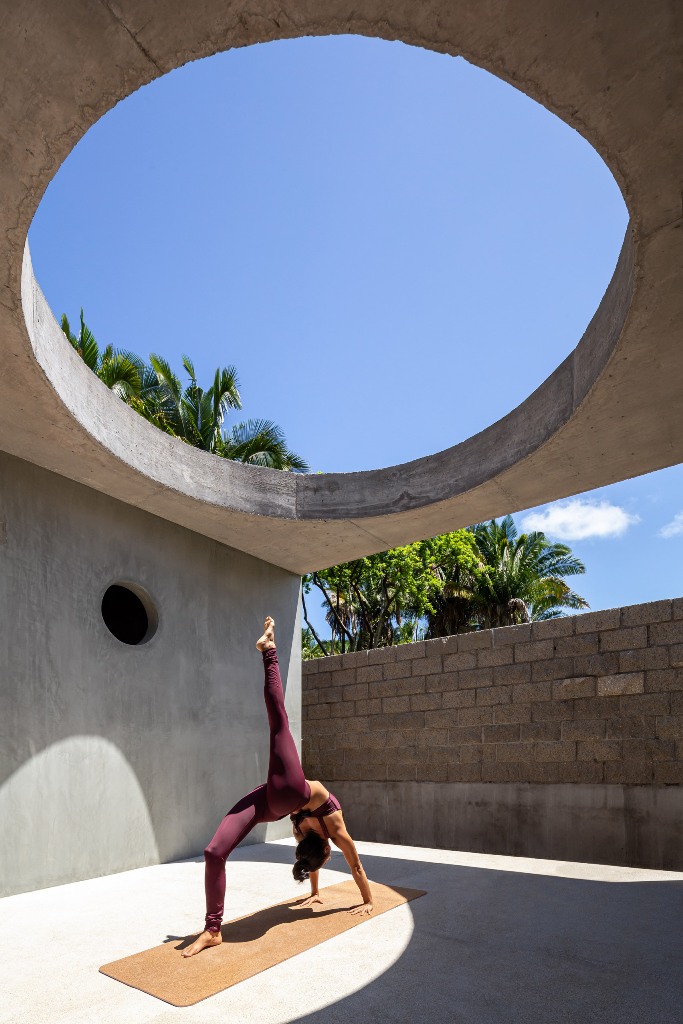 This hole illluminates a space for yoga 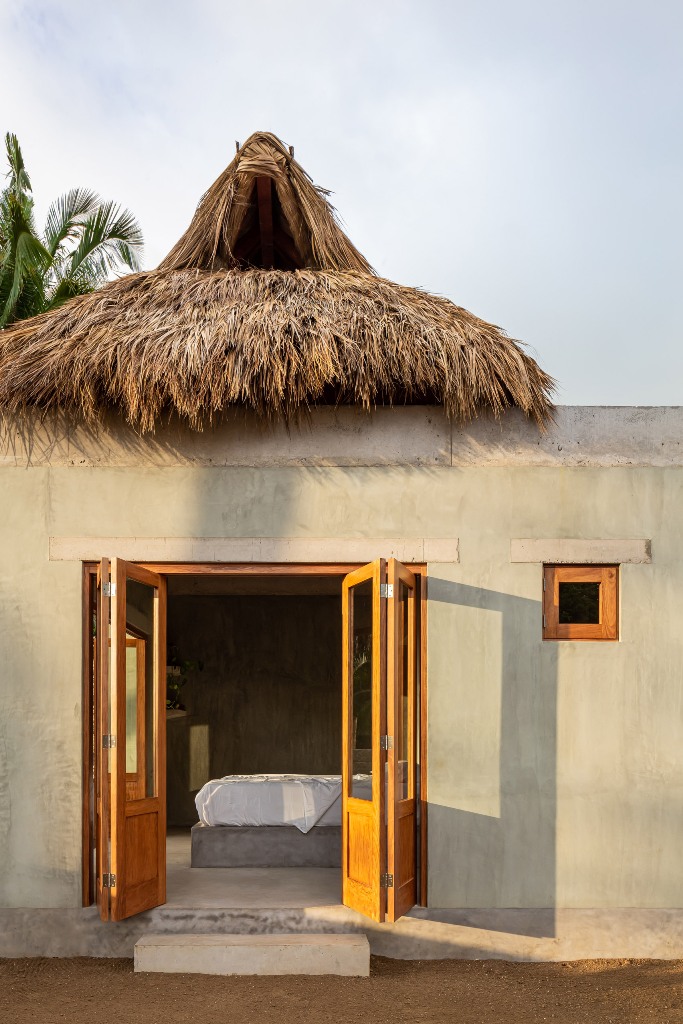 The thatched roof, known as palapa, is formed of drief palm leaves 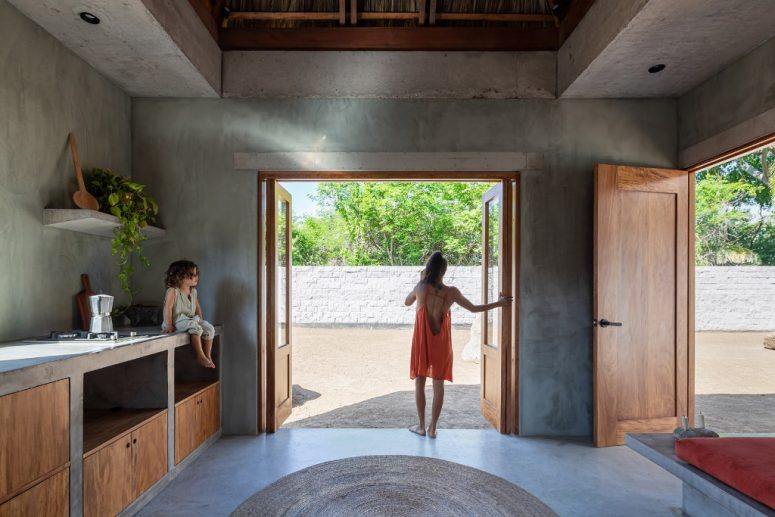 The kitchen is done of concrete, with plywood cabinets and it fully opens to outside 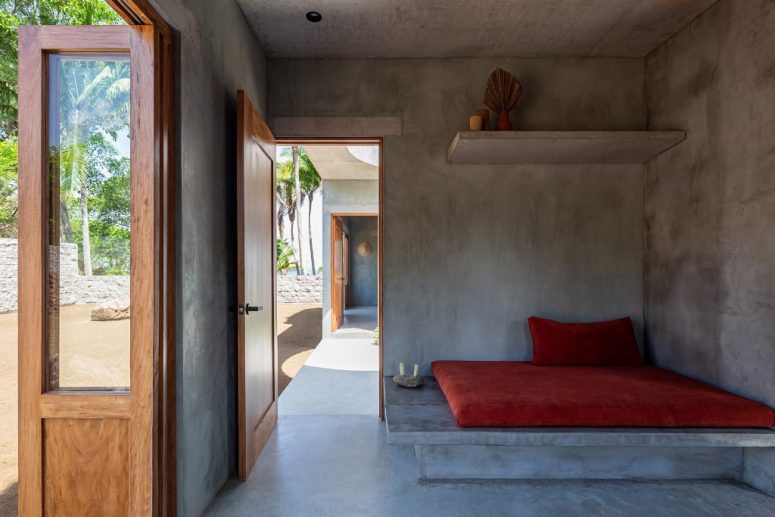 A plinth forms a seat for the lounge, there are shelves above it and it's opened to outdoors 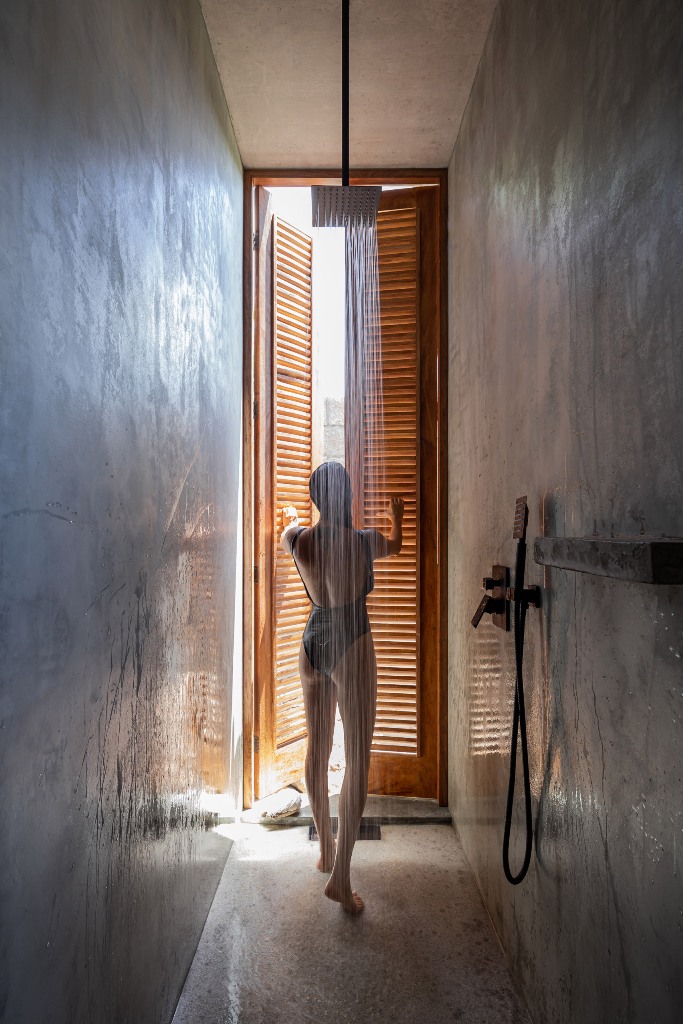 The slender shower opens to the outside with wooden shutter doors