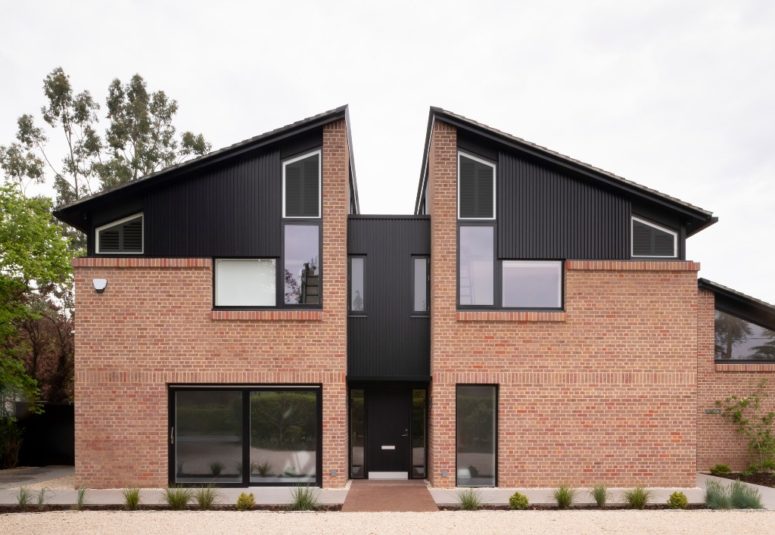 What’s so special about this house we are spotting today? Called Push-Pull house, it has an open and light interior while the exterior remains in keeping with the area’s protected 1930s Arts and Crafts residential architecture. The house is built by London architecture studio Cullinan Studio split into sections to allow light to flood its interiors through the glazed gaps.

Push-Pull House is made from a cross-laminated timber (CLT) structure that was designed in collaboration with timber specialists Eurban. Taking these robust Arts and Crafts structures as a starting point, Cullinan Studio took a traditional house form and pulled it into three parts. The symmetrical main form of the home has been split into two, and now reads as two mono-pitched forms cut through by an entrance hall and stairwell. Alongside these two forms, the roof pitch continues to slope down to create a large, open-plan living, kitchen and dining area with a glazed corner overlooking the garden.

The clients were really interested in a feeling of lightness inside, so this led the approach. Simple massing is pushed and pulled in direct response to the setting, bringing in sunlight and daylight. The main volume has been split into four around the central entrance space, with rooms occupying each corner. At ground floor level, this includes a snug, workshop study and utility room. On the level above a bedroom sits in each corner.

The openness of the “ruptures” between each block, combined with glass balustrades, promotes visual connections across the home’s levels. Inside, the CLT structure of the home has been left exposed, and along with white walls provides a bright contrast to the dark brick and tiling of the exterior. 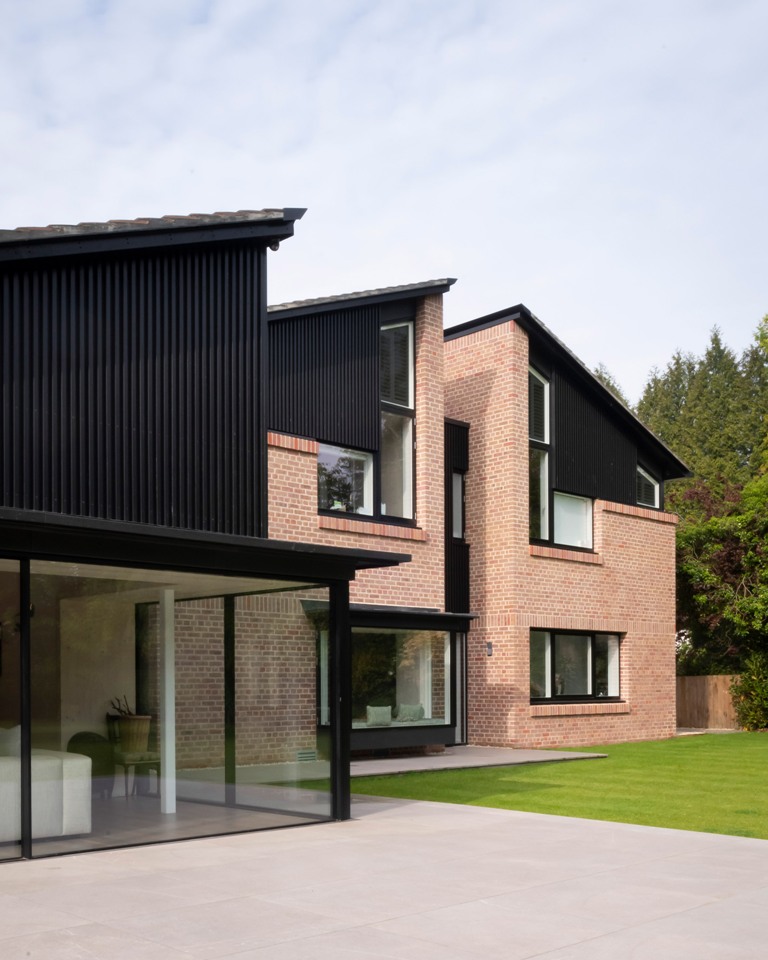 There are large windows and glazed walls to brign more light inside, and the exterior looks very stylish with red brick and black wood 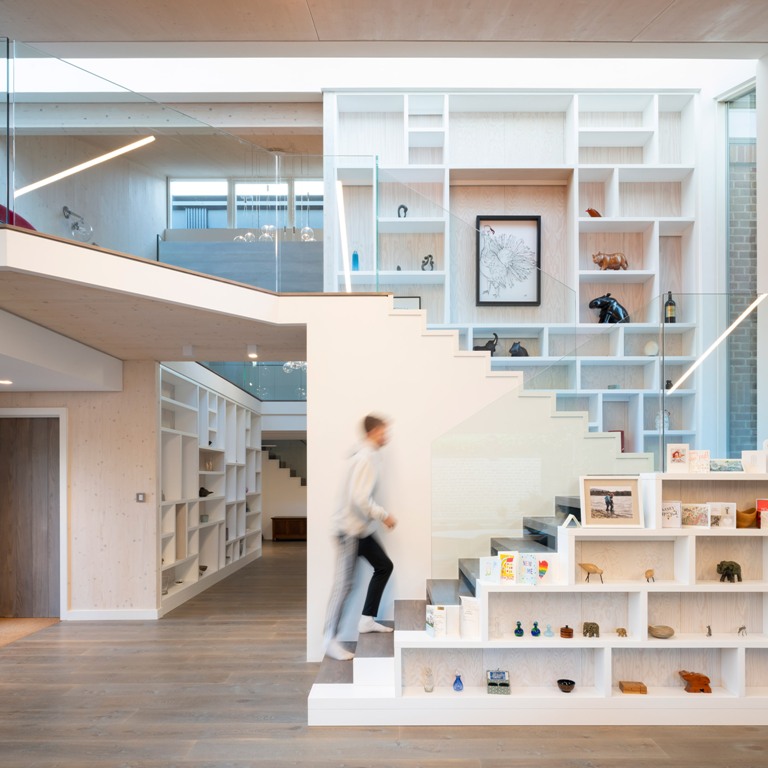 The inside of the house is pretty contemporary, there are large open spaces, functional storage solutions and built-in furniture 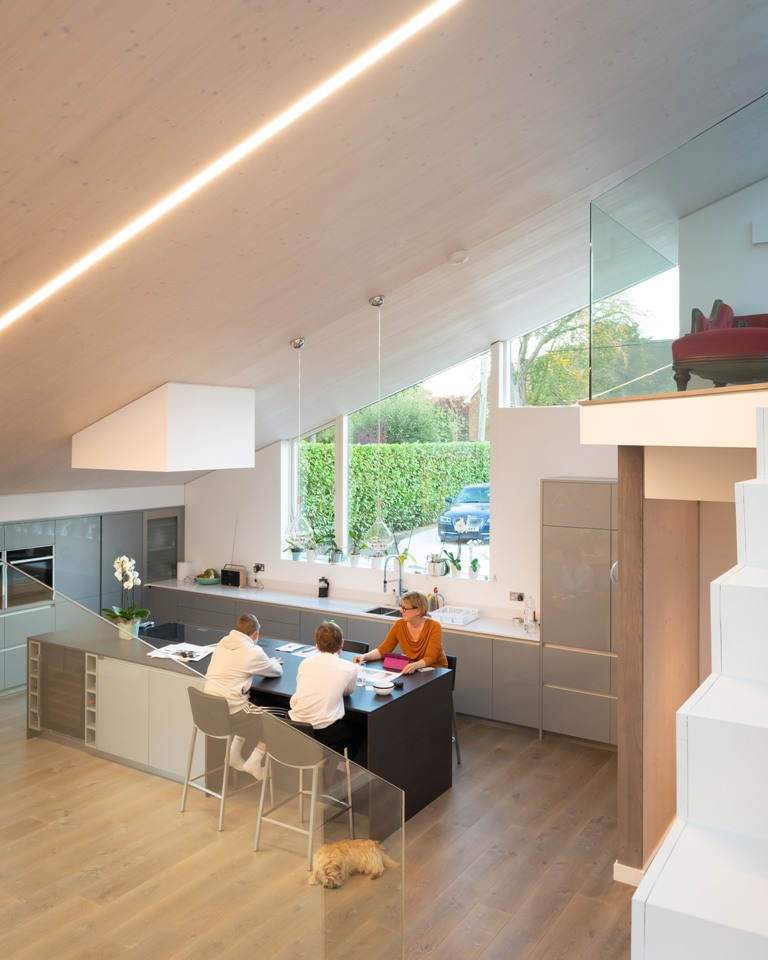 The kitchen is glazed, with built-in lights and sleek cabinets, the surfaces are rather sleek and chic 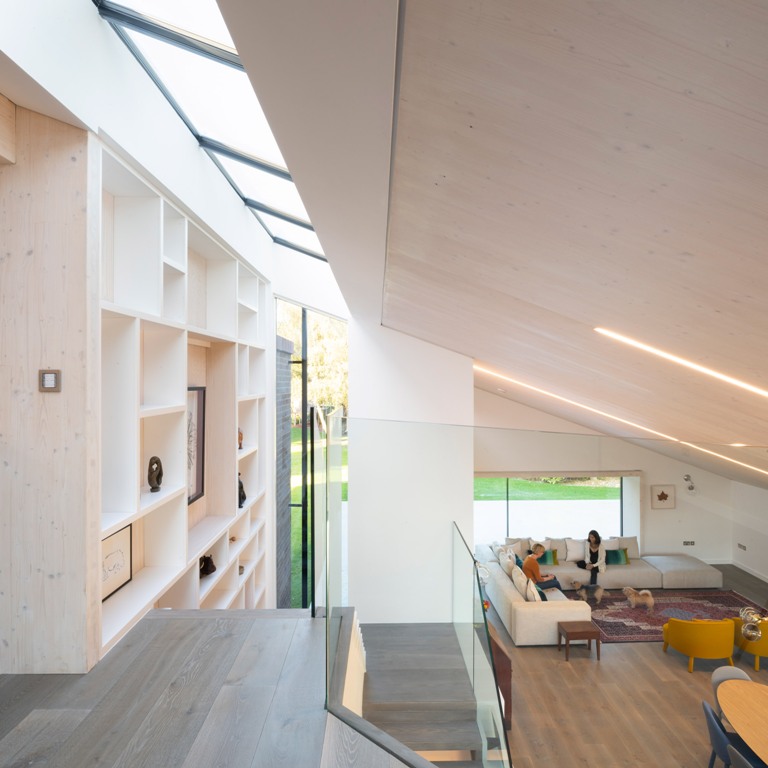 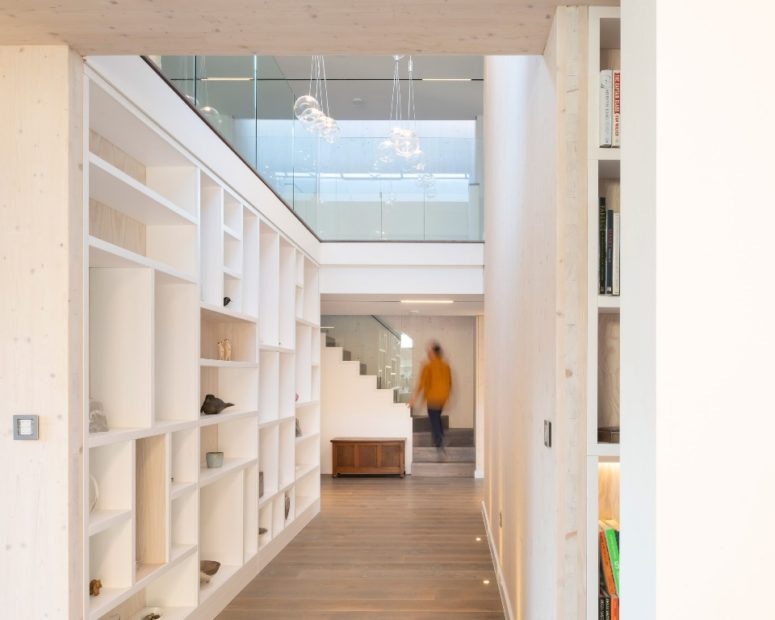