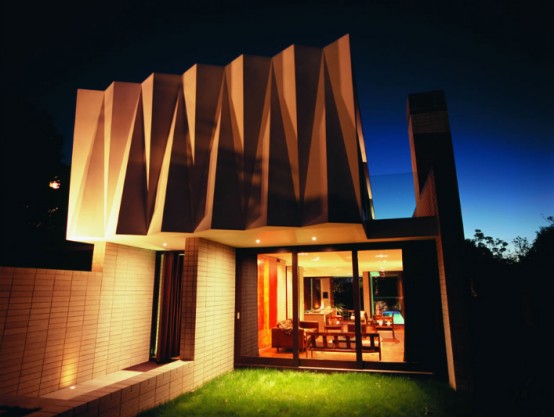 Stevens Lawson, a New Zeland architect, made a nice contribution to inner Auckland suburb of Herne Bay’s neighbor by creating this house. The house is for a single family and its main contribution to the street where it’s situated is its sculptural facade made of cast concrete. The facade has quite unusual shape and hide private spaces behind it. The house is made of different materials that surprisingly change each other including concrete blocks, dark stained timber and white pre-cast concrete. It has rectangular shape and connects the front courtyard to the back yard. Public areas like living room, dining area and kitchen are situated on the first flor while three bedrooms are on the upper floor along with the terrace which features vies over the harbor. [Stevens Lawson]

If you liked the facade of this house you might also like the roof of Ribbon House by Hartee. 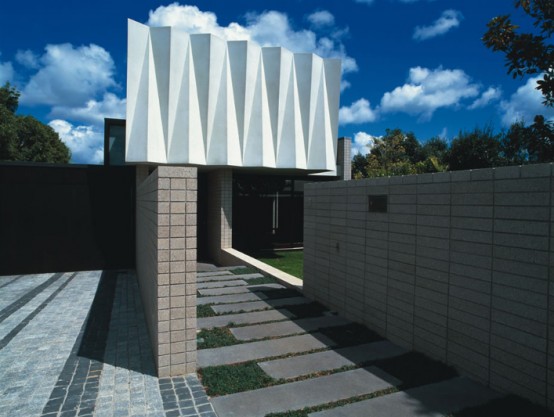 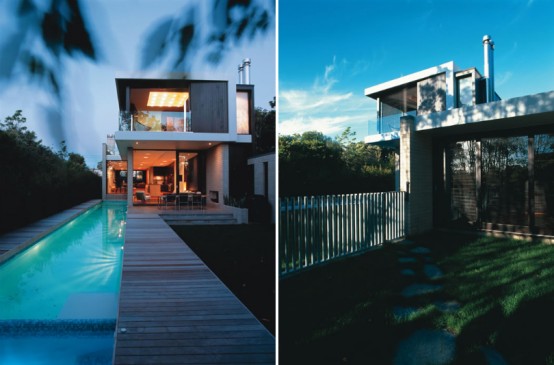 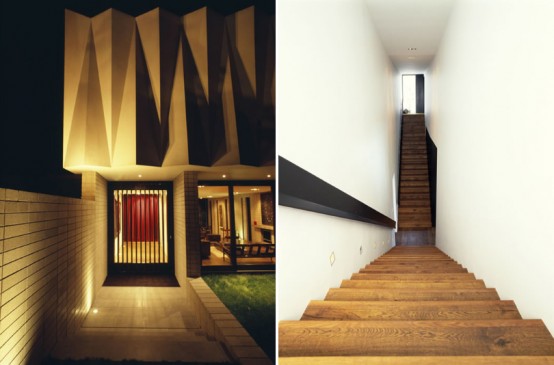 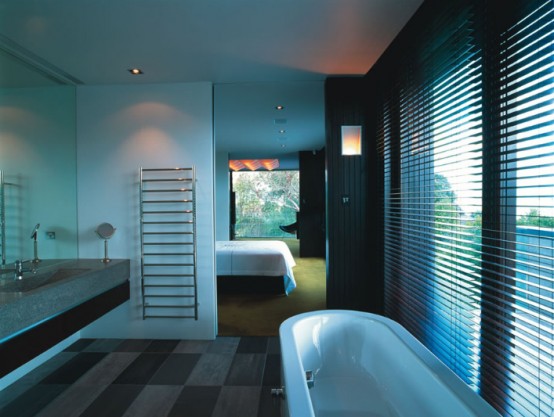 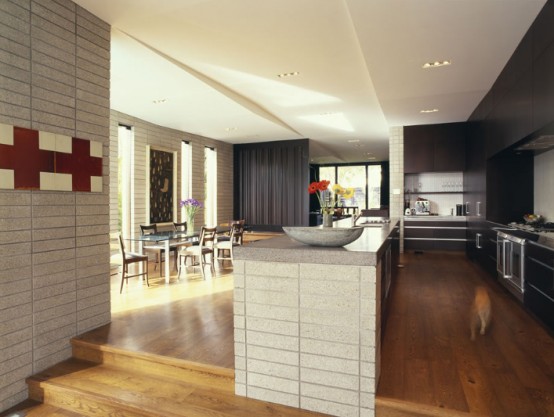 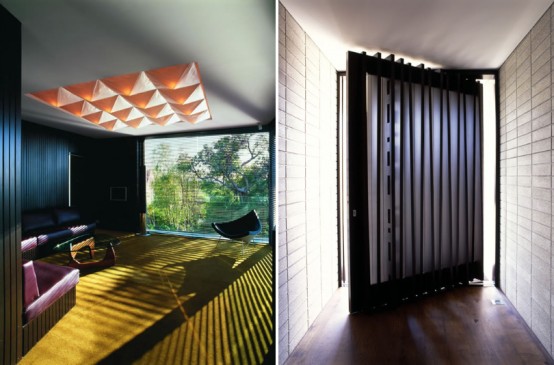 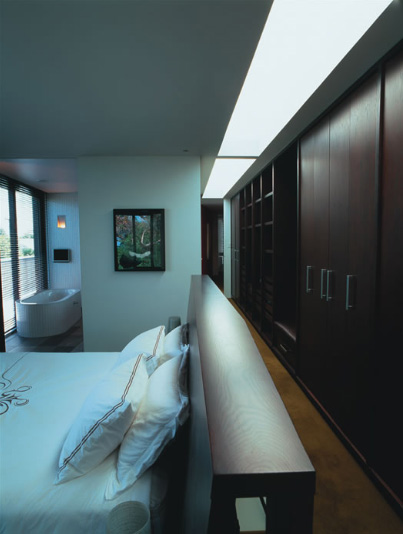