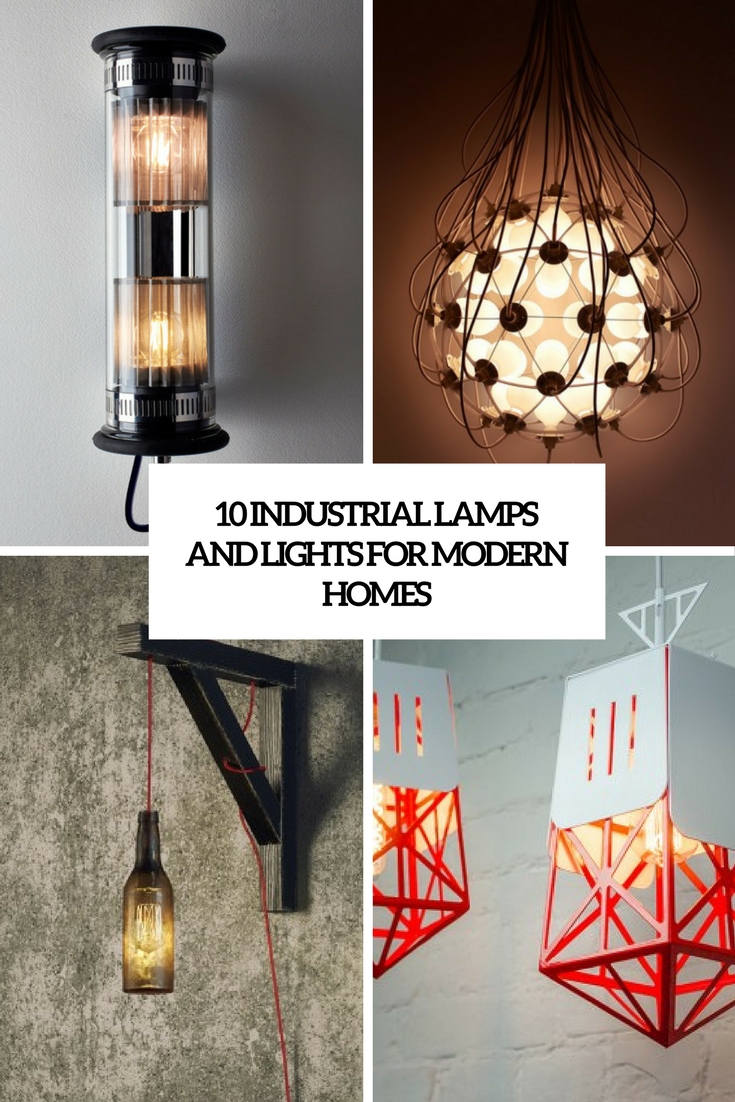 Industrial style is very trendy for décor now, and I’m speaking not only about men’s caves but also about lofts and other interiors. Touches of this style add texture, interest and create accents, even if the overall style isn’t industrial. A nice way to add such vibes to your rooms is to buy an industrial lamp, chandelier or lights, and today I’d like to share some of such lamps with you.

Designed by French architect Dominique Perrault In The Tube lamp is a way of bringing the architectural into the domestic. The concept was based on different objectives that include it being original, almost indescribable, nearly unbreakable, timeless and completely durable. The lamp comes in several lengths, diameters, and colors, and it is made of borosilicate glass and closed with aluminum stoppers sealed in silicon. 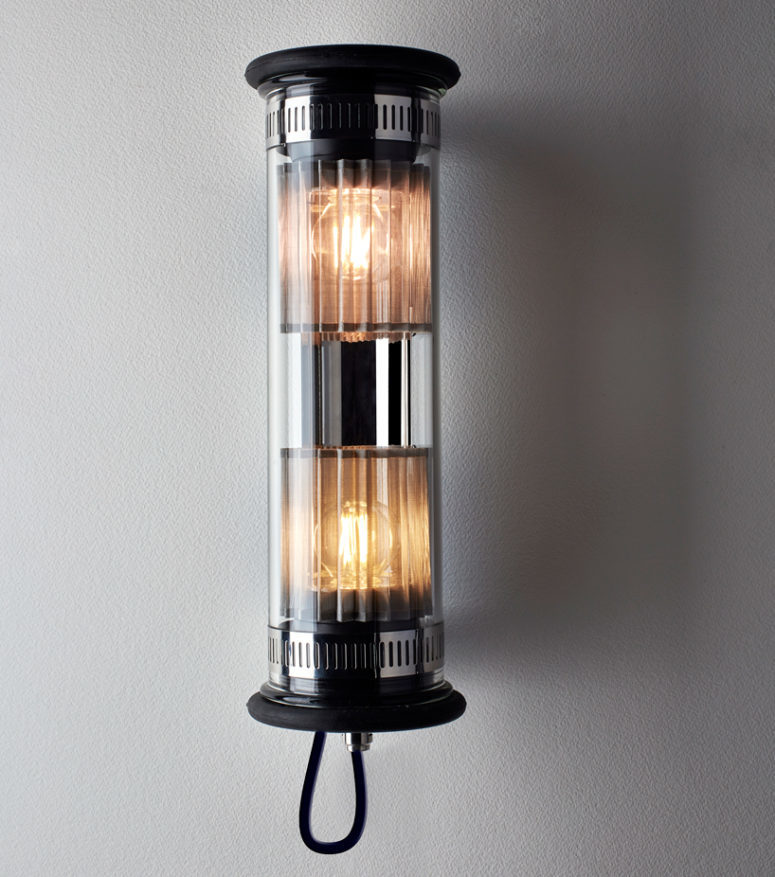 In The Tube Lamp by Dominique Perrault (via www.digsdigs.com)

Industrial facility w152 lamp is an electronic LED lamp that provides intelligent, universal power from three USB outlets, detecting charging requirements and powering them at their fastest rate. Forged and milled from a solid aluminum body, the smart lighting device provides up to 3 amps of power – enough to charge the latest generation of laptops and tablets. It can be supplied either as a freestanding or wall-mountable lamp, or built-in to a surface. 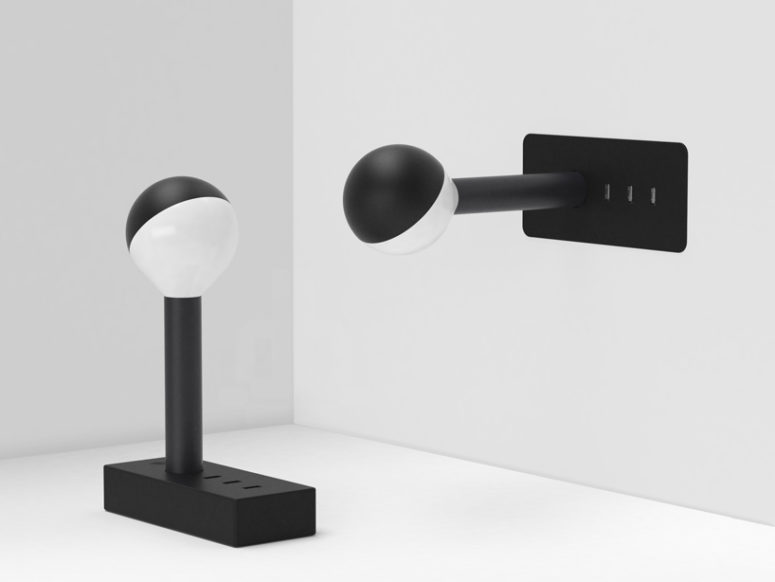 The u33 is actually one single pendant that offers a simple way to combine and assemble with like-units to fulfill a myriad of lighting requirements and to address continuously evolving interior spaces. Three true sides feature what looks like lime green accents but are actually contact points where each light can be pressed together. Its modularity and versatility provides users a level of freedom and customization to create different lighting structures that accommodate their specific spatial and visual requirements. 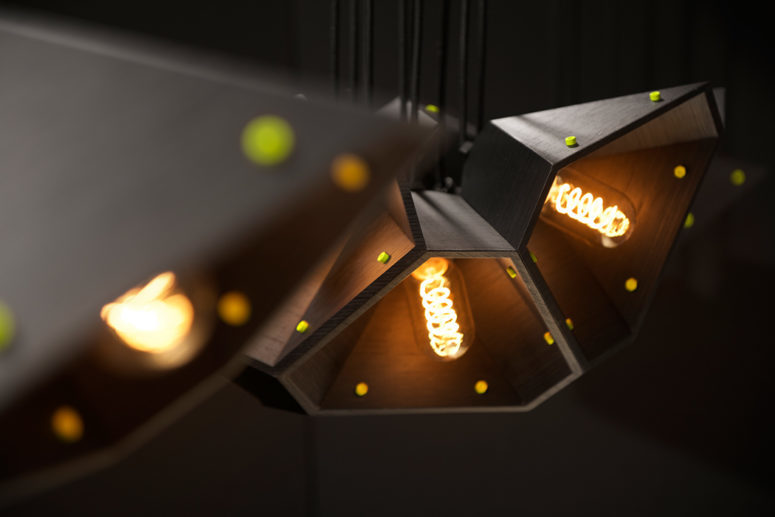 u33 by Shift Studio (via www.digsdigs.com)

Designer Ralph Frickel created a series of industrial-style lighting objects that were inspired by shapes that are far from industrial. The Cloche set is a tribute to the famous Parisian cloche hat of the early twentieth century and a nod to the classic lampshades of the 1920s. The lighting objects offer a soft and gentle sparkle to the interior all day long, and by night the illuminated wire rope offers a surprising shadow play to the lighting object’s immediate surroundings. 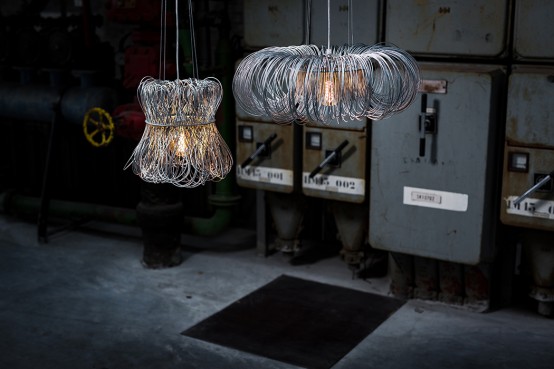 Satoshi Itasaka of Japanese design studio h220430, has designed a new pendant and table lamp named ‘The Birth’. This chandelier is inspired by the weak electrical current occur from an ovum at the very moment of the fertilization, and it really reminds of an ovum, a real or an artificial one with electrical cords all around. 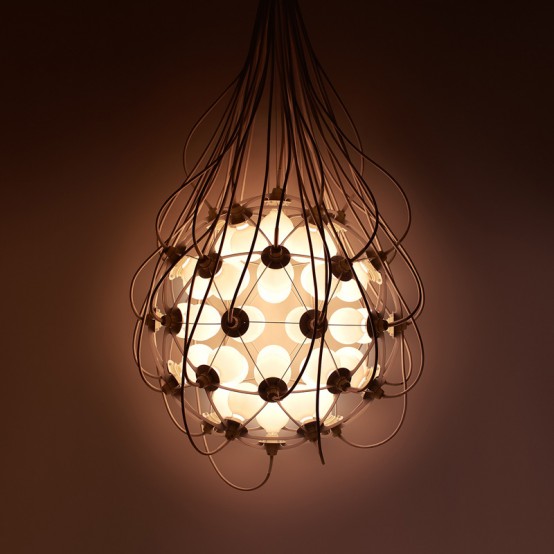 the Birth lamp by Satoshi Itasaka (via www.digsdigs.com)

German industrial designer Cornelius Comanns’s lamp design consists of the stand and a secondary component which holds the bulb. the two parts can be put together as desired. Different archaic animal characters can be created in doing so.

This awesome Sand Bridge lamp by designer Julia Kononenko was inspired by Sand Bridge, the oldest iron bridge in Wroclaw, Poland. The bridge is a beautiful, cantilivered red piece, and so is the lamp, which is constructed of sheet metal and aluminum, in red and white. The design adds a sense of weight and industrial style to any space’s atmosphere, it has beautiful and creative structures. 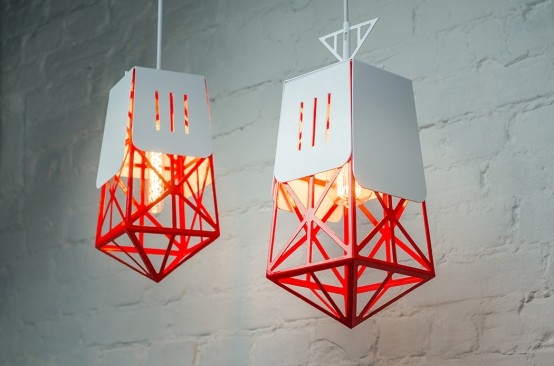 ‘Umleiter’ (meaning ‘diverter’ in German) is a flexible suspension lamp designed by Veronika Gombert that uses a simple mechanism to adjust the direction of its light. The lamp’s cord is channeled through an aluminum rod and is held in place by the sliding friction created by the weight of the hanging hand spun metal lampshade. The lamp can be turned 360° and can therefore be positioned anywhere within the rod’s 1m radius reaching distance. 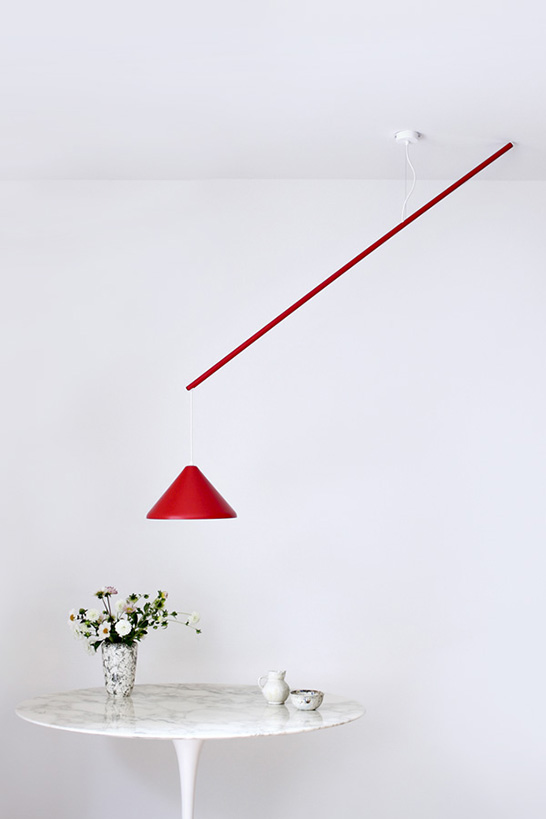 Helsinki-based design studio Himmee is set to launch the Loop table lamp. The light comes from a band of LEDs placed within the arch of the unit’s circular housing, which is made of aluminum and diffused using opal acrylic. The next proponent of new Nordic, Loop is a clearly stated piece intended to counter the rapid fashions and trends that define modern industrial design. 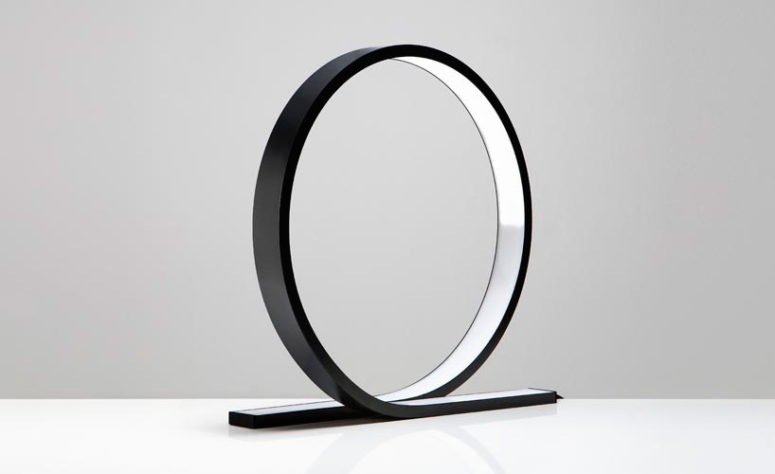 Iskren Marinov’s Industrial Wall Lamp is one the dudes will love. It has tough handmade aesthetic that’s a perfect fit for your man cave! A vintage-looking brown bottle provides a diffused glow as it hangs from a raw wood wall mount. The design is super-easy to install and can be height adjusted to the user’s liking. Its vibrant red cord contrasts and completes the look with a modern pop of color! 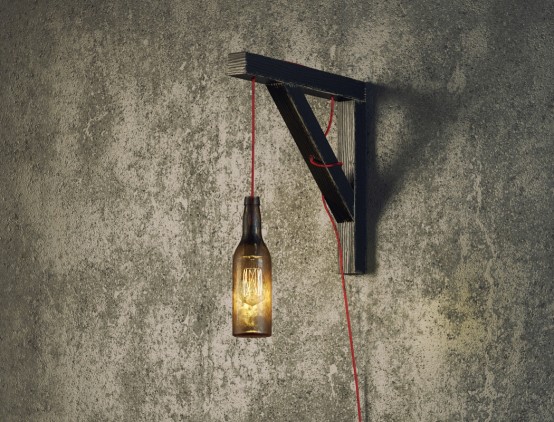