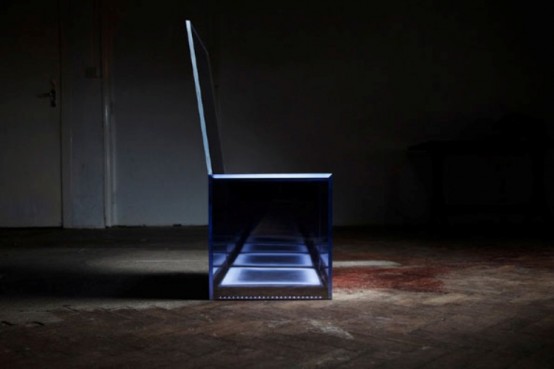 A new project by designer Ben Alun-Jones is called Affinity Chair. The idea was to incarnate the concept of invisibility. In the dark this mirror-surfaced seat reflects its surroundings and blends into its background. If you approach it’s animated with lights, because of the reflective surfaces the chair creates various optical illusions. The chair is made of plastic acrylic sheet and one-way mirror film. Sensors activate pulsing LEDs hidden within its frame that quicken like a heart beat as it is approached. The designer says that the chair explores relationship between light and space, the chair’s disappearance is an attempt at escape. Would you like to sit on one? 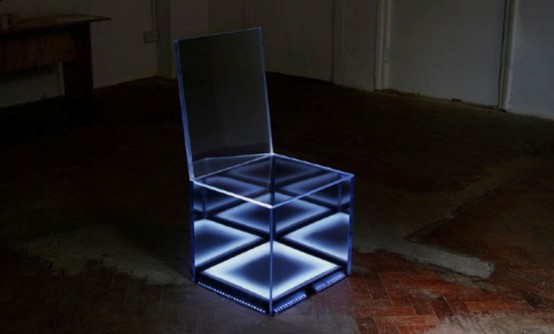 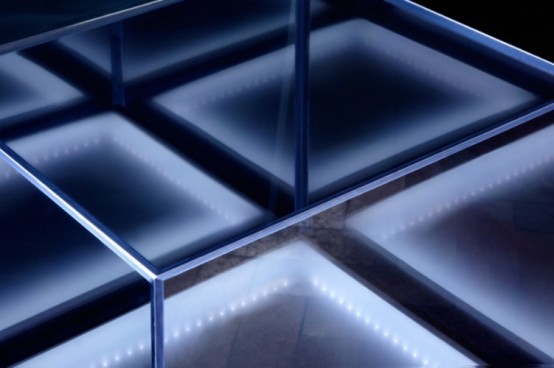 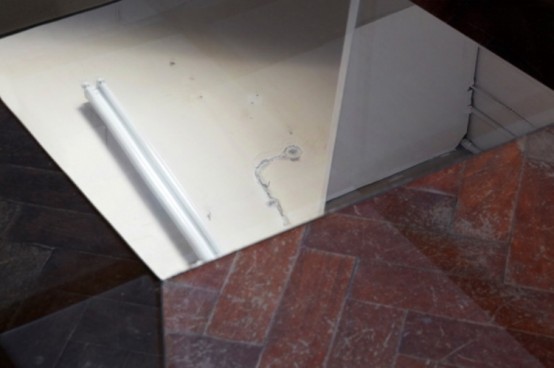 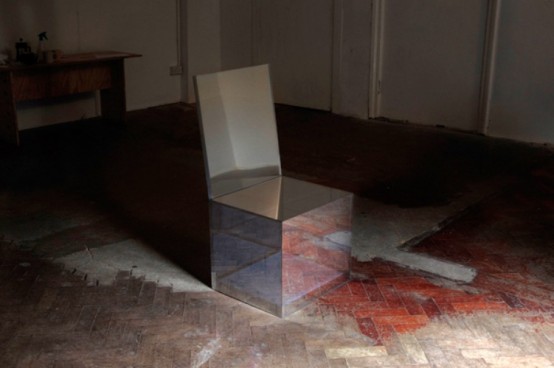