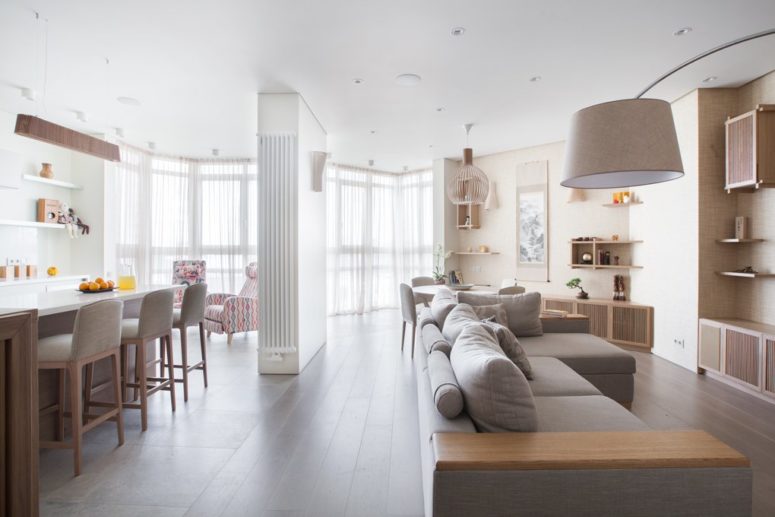 The owners of this neutral apartment lived in Japan for several years and then returned to Moscow, and they wanted Japanese aesthetics and philosophy in their apartment, so it was designed semi-minimalist and full of neutrals.

The designers created an ergonomic, light space without unnecessary details and color accents, but with the use of modern technologies.

The apartment is supposed to accommodate a family of four. The result was a large living area, kitchen, master bedroom with its own bathroom and two spacious children’s rooms, also with their own bathrooms. The balconies were connected and there were made ceiling to floor windows – with a remote you can make them opaque to hide from the outside world.

There’s no usual trimming in the apartment: a small niche is created at the junction of the floor and walls, it is inserted into the board, and the angles are covered with a chrome profile. This is not just interior design in its pure form, but rather the architecture of the space. The light changes the perception of the space and creates a special script for each situation.

The entire interior is made in bright colors, the only exception are the two bright chairs in the dining area. The wallpaper for the living room and bedrooms is handmade, they were brought from Japan. The living room has a niche, which is traditional for Japanese aristocratic houses – tokonoma – with a real engraving. Almost all the furniture for the project is made to order from natural materials by Russian artists according the sketches of the architect. This way they managed to achieve the required functionality and authentic of Japanese minimalism. 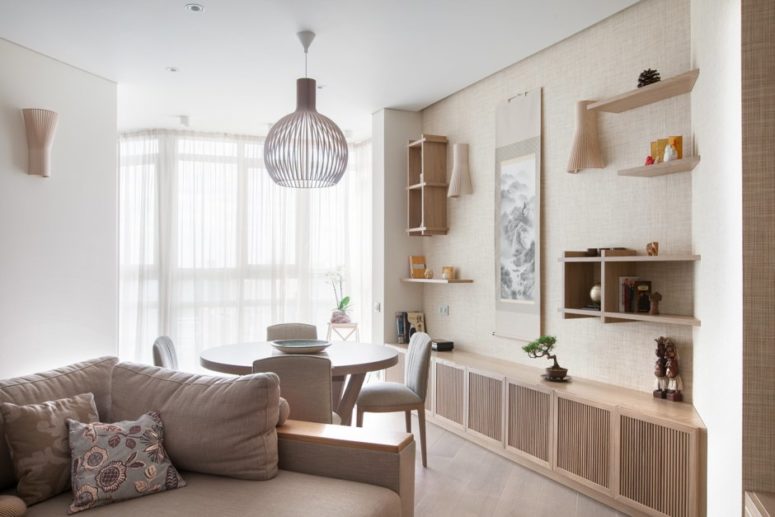 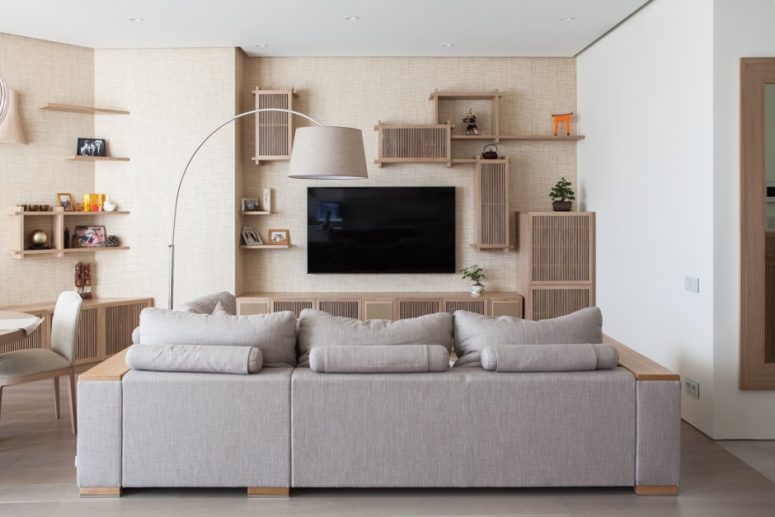 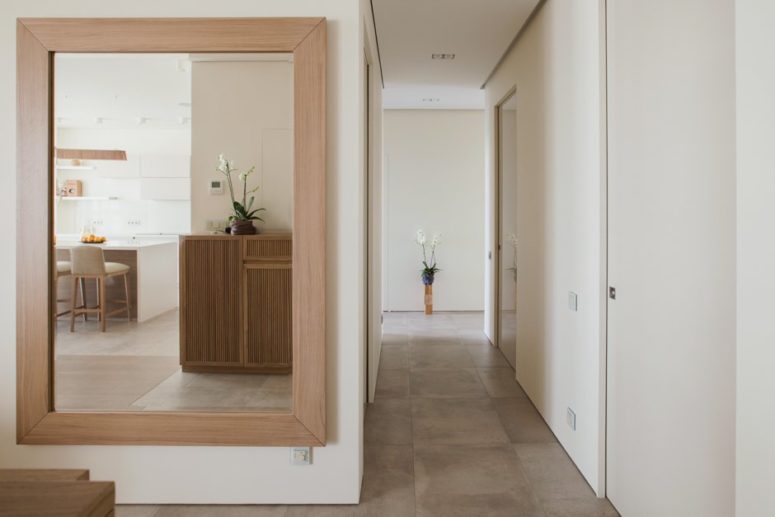 Peaceful and calm colors are traditional for Japanese culture and decor, so they were applied here 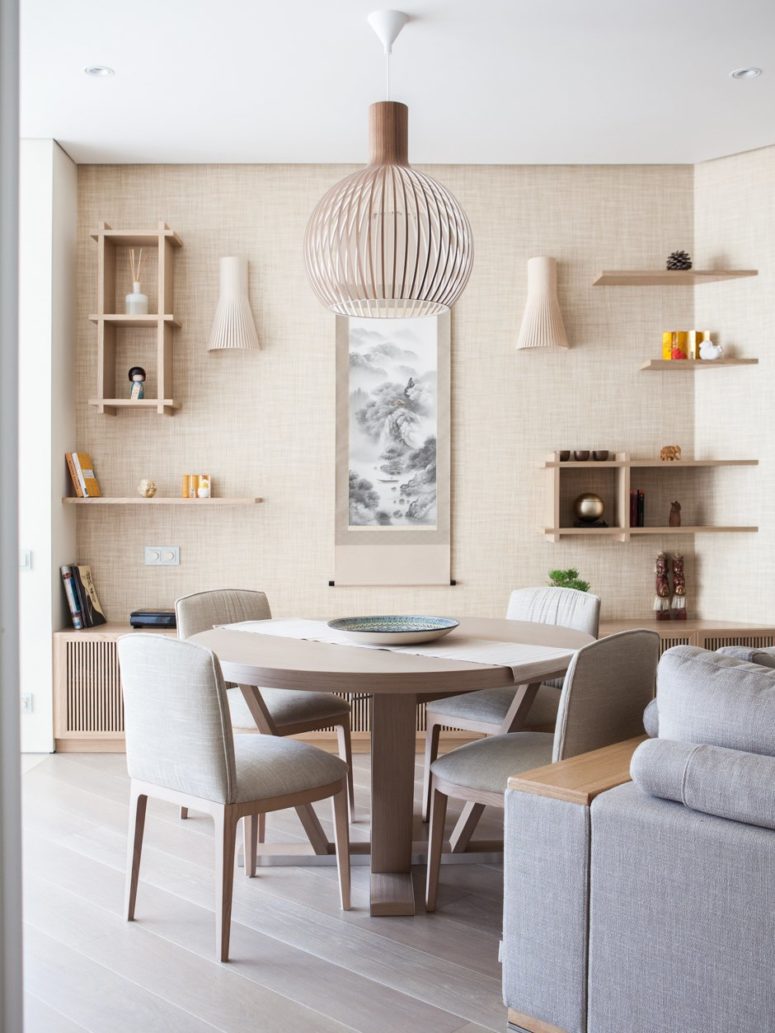 Every part of this home is functional and aesthetic, like this minimalist dining room 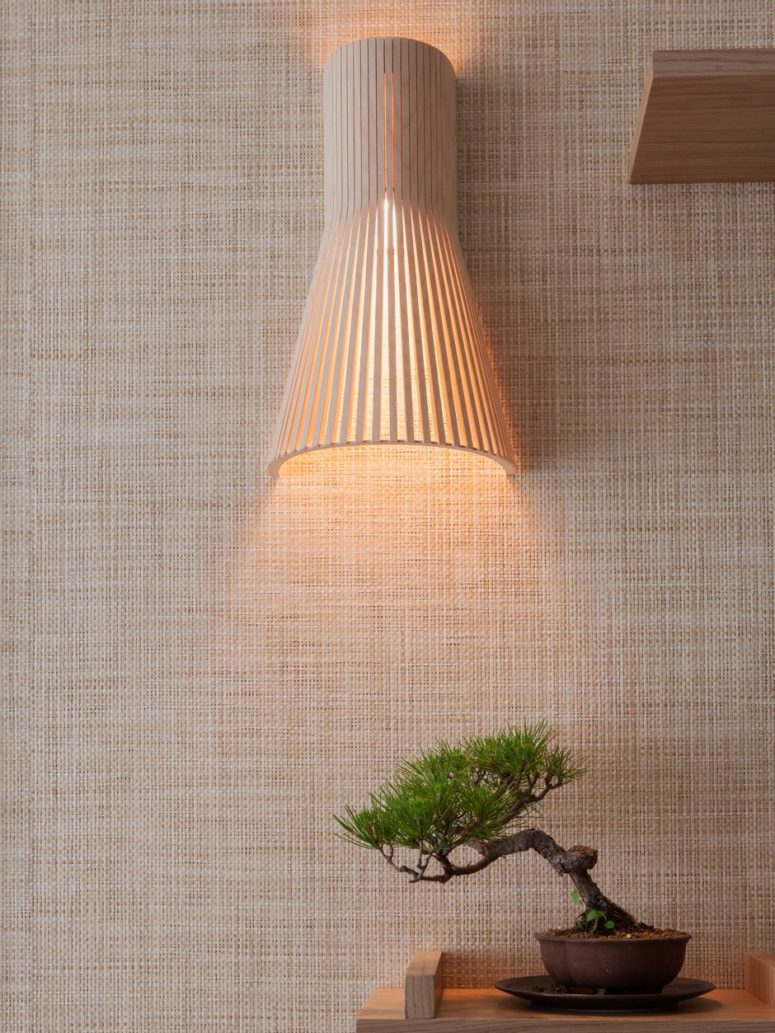 Even this lamp is made of wood and attached to the wall, it's so unusual 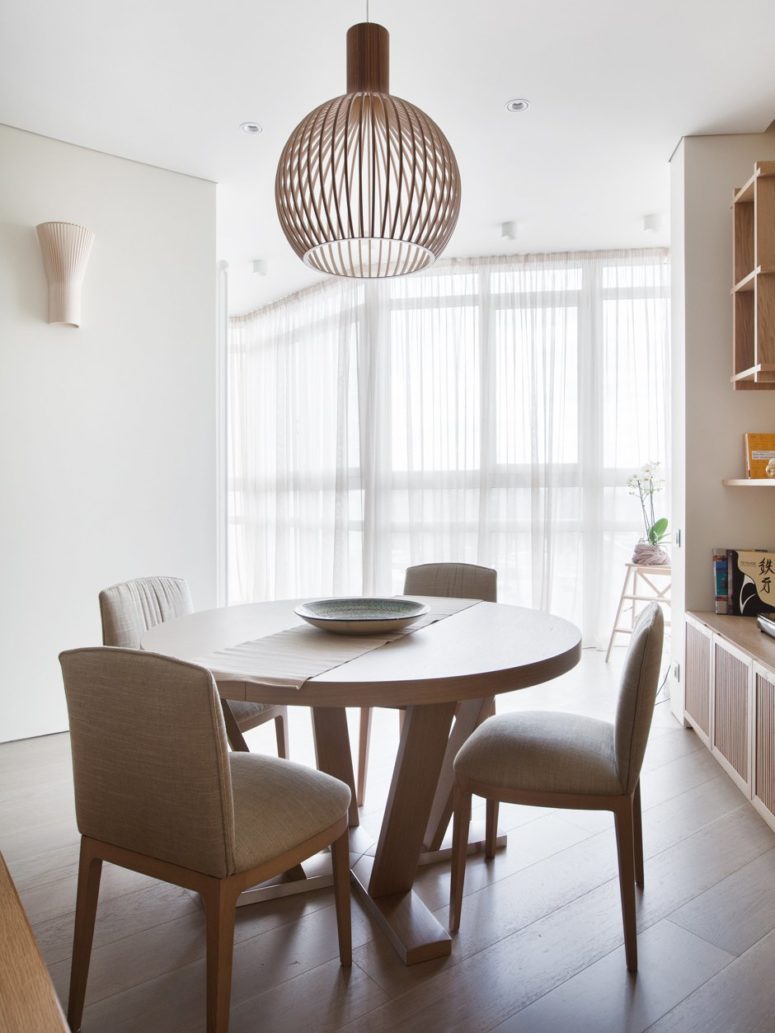 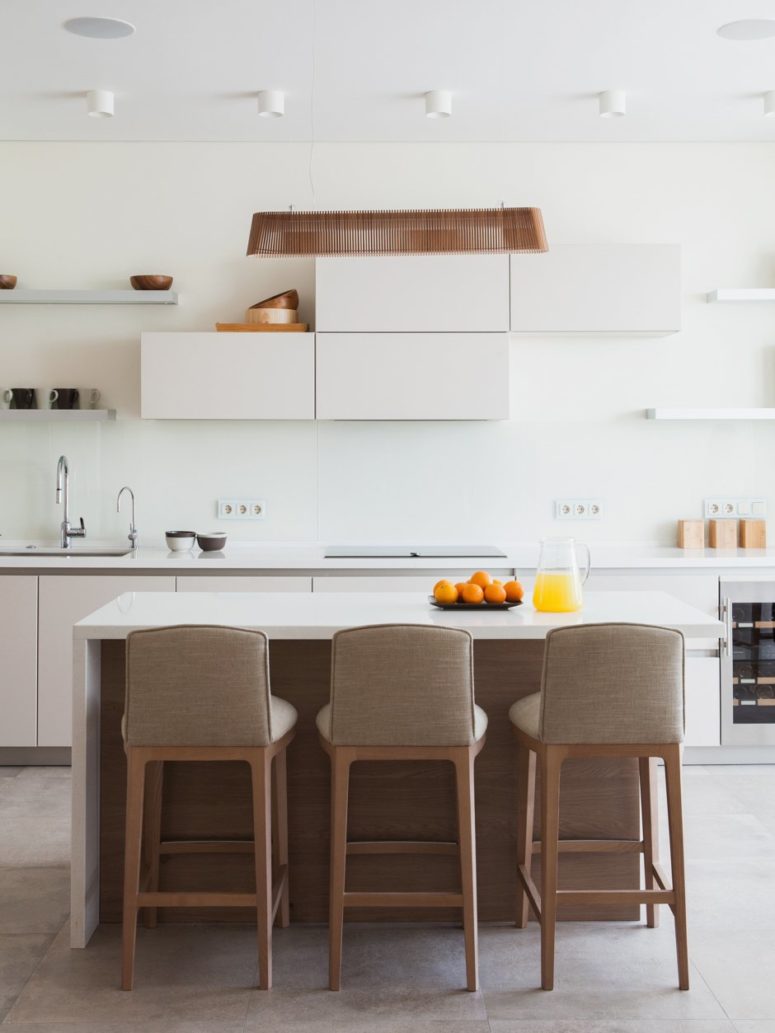 The kitchen is minimalist white, the surfaces are clean and sleek, just like in Japan 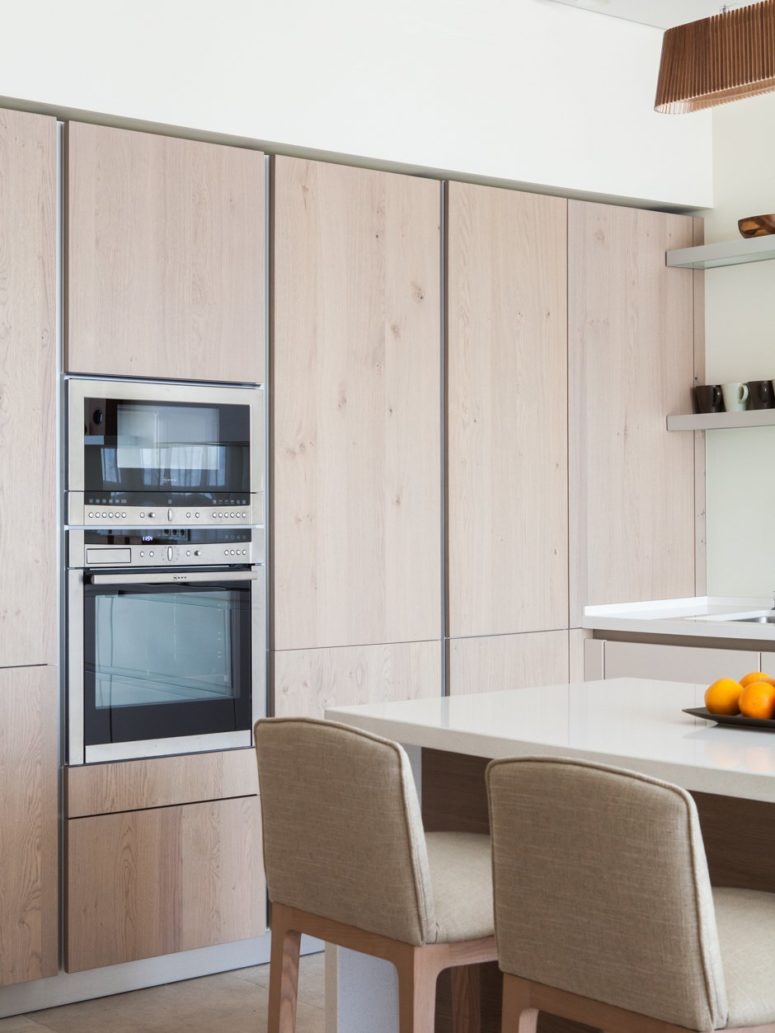 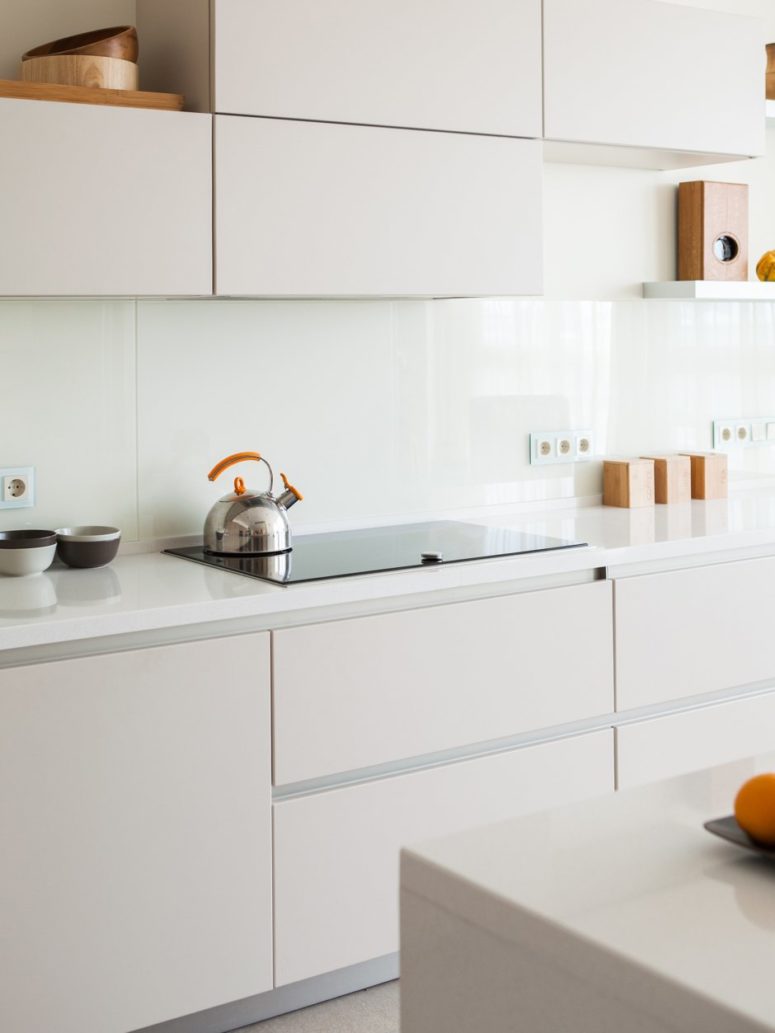 There are almost no bright accents in this apartment, except for a couple 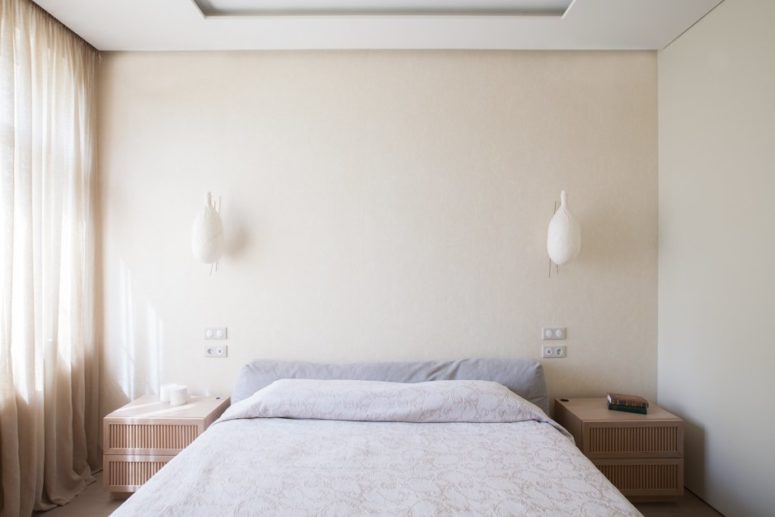 The master bedroom is airy and serene, the decor is simple and really reminds of Japan 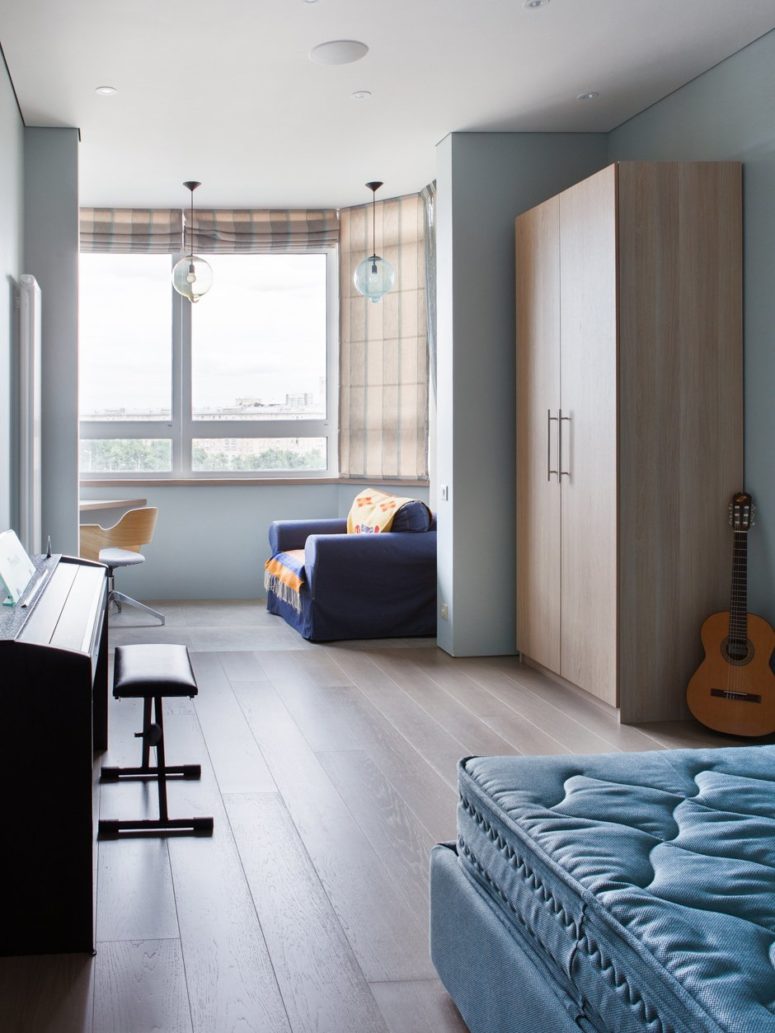 There are two children's rooms here, and this is the blue one 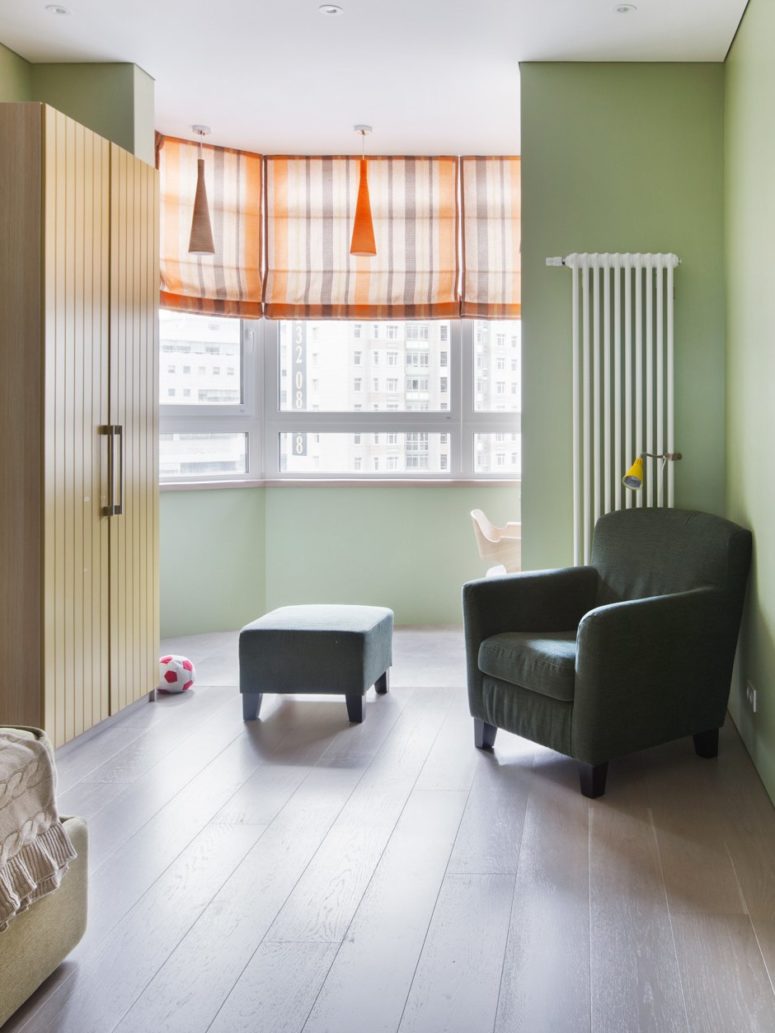 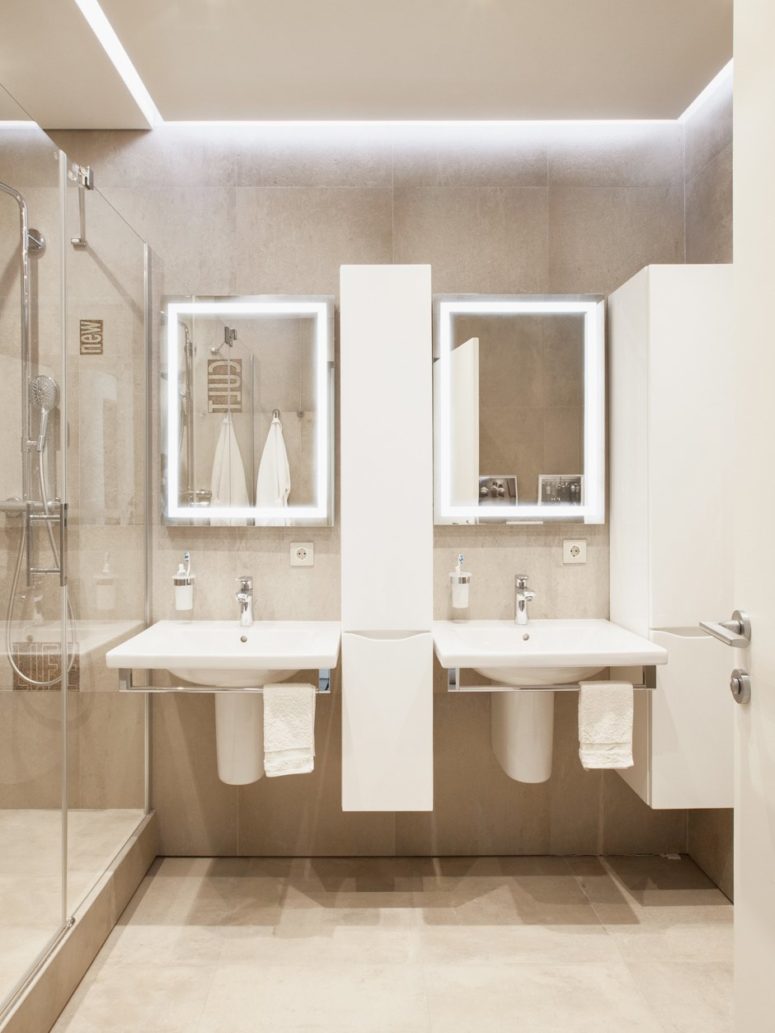 This is the master bathroom decorated in the same quiet colors 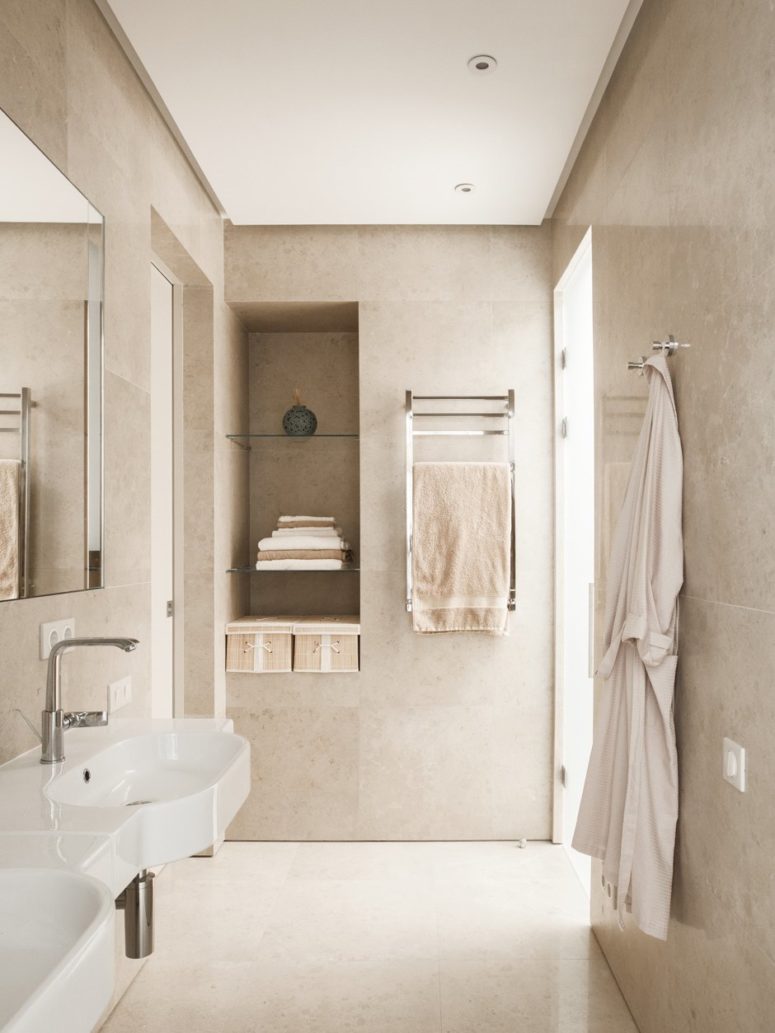 This is a kids' bathroom, which continues the idea of peaceful Japanese decor