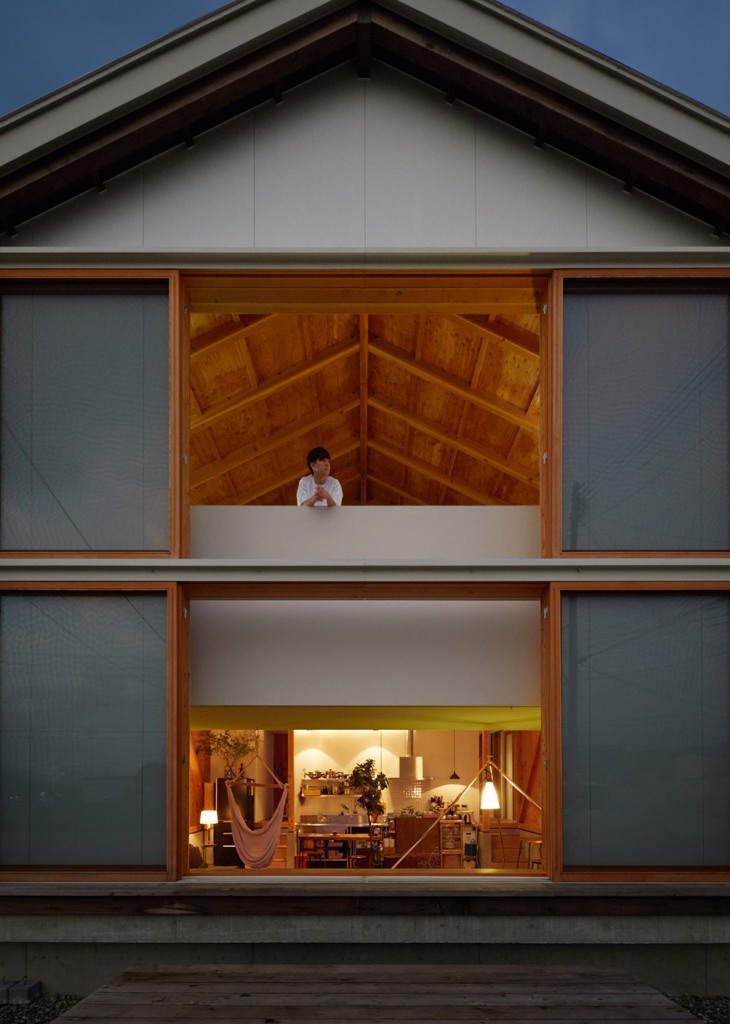 This unique home in Japan features a foundation to live in, it prevents the house from any overheating or too much snow

This house is called M and was created by Takeru Shoji Architects in the Japanese city of Uonuma. It features small rooms suspended above a double-height living space, which sits in a “live-in foundation”.

The home eschews the conventions for building in Uonuma, which has a climate characterized by hot, humid summers and cold winters with heavy snowfall, by creating a space that is open to the environment rather than shutting it out. Structures in the city are often elevated on high foundations with thick walls, creating what the practice described as “an isolation between inside and outside” which they were keen to avoid. The home follows the tradition of a high concrete foundation to deal with heavy snowfall, but instead of placing the house atop this foundation, it has been designed as a “live-in foundation” which the home steps down into.

Takeru Shoji Architects drew on traditional external buffer spaces such as verandahs and sunrooms and designed the majority of the home as an exposed living, kitchen and dining space opening on to a south-facing terrace. Smaller private rooms are placed at the house’s northern end. The living, kitchen and dining space sits surrounded by the foundation wall, heated by a wood burning stove in winter. In summer, the concrete’s thermal mass helps keep the living space cool. In order to make the walls appear thinner, insulation was built up on the outside, enabling the wooden structure to be exposed on the interior, contrasting the concrete datum of the foundation.

A white-painted block at the home’s northern end houses the entrance hall, bathroom and vanity room, with a bedroom on the floor above. This connects via an elevated walkway to an open-topped study area which overlooks the living space below and creates a balcony looking out of the southern windows, which can slide back to be completely open to the elements. 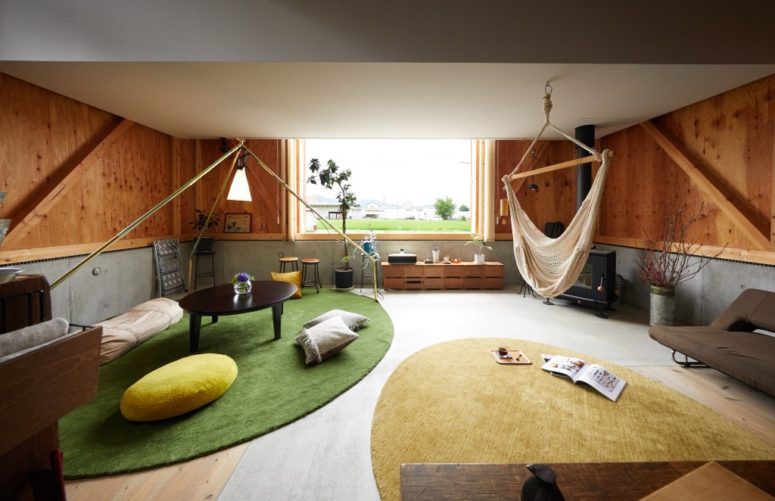 The decor of the spaces is simple and contemporary, with much natural wood and plywood and soft fabrics of muted colors 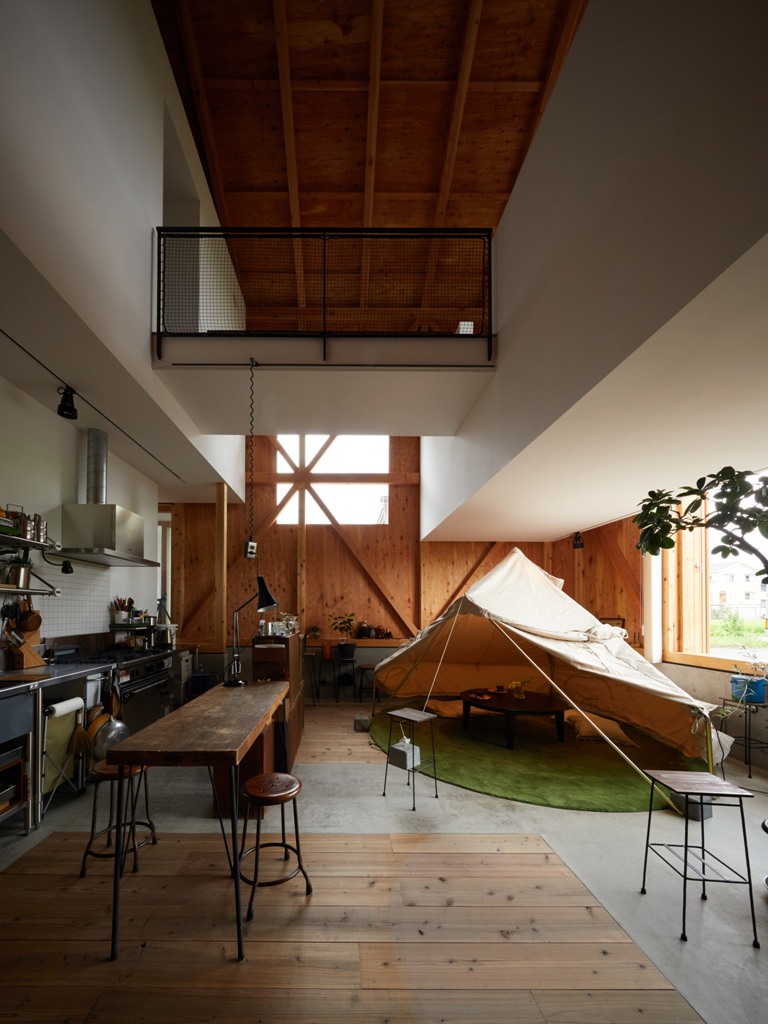 The levels are opened to each other, which allows to use every inch of space just opening them 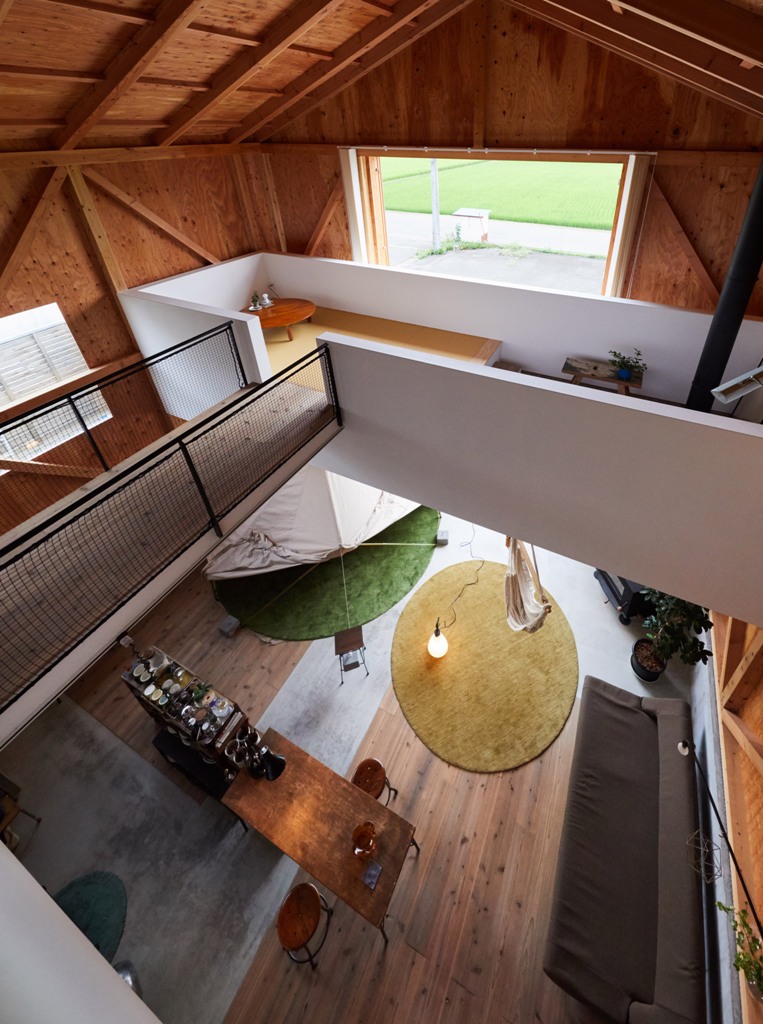 There are private and public zones, much natural light and perfect isolation 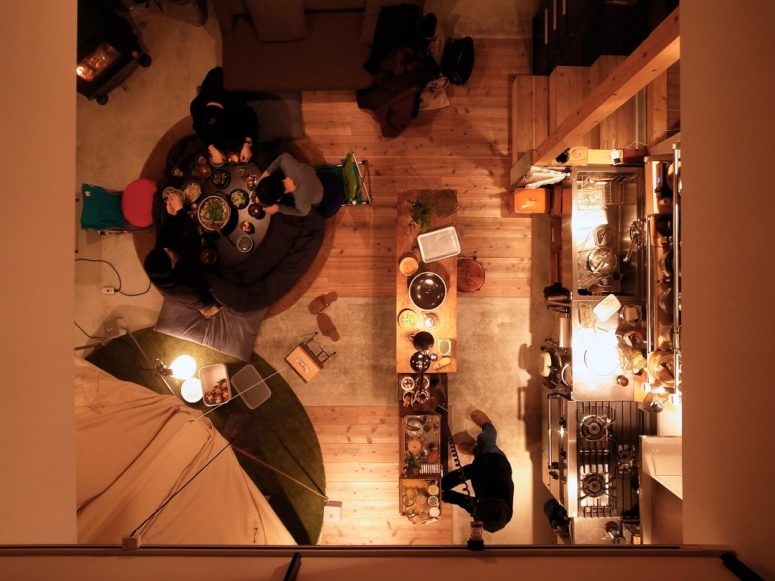 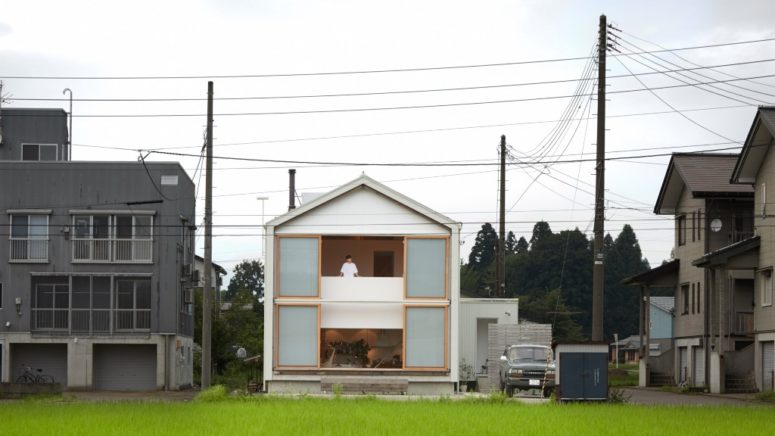 This is how the house looks from exterior