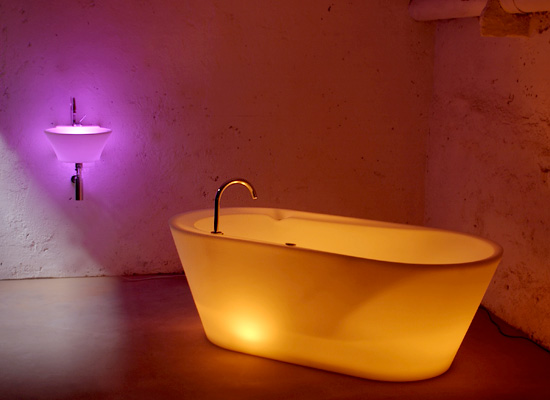 Latest concept of bathtubs and washbasins from SOPHA Industries, known in France since 1973, is one of those which would be remembered. It’s absolutely brilliant and modern. The concept became a collection called Light. Its main feature is built-in 20W halogen lamps which could light as neutral white as colored. Lamps are positioned inside half-transparent polyethylene boxes. The shape of tubs and washbasins is mostly very simple even minimalist. Tubs dimensions are 175x85x60 cm while wall-mount sinks are only 48×38 cm. The collection is designed by Jan Puylaert. Learn more about it at Sopha Industries. 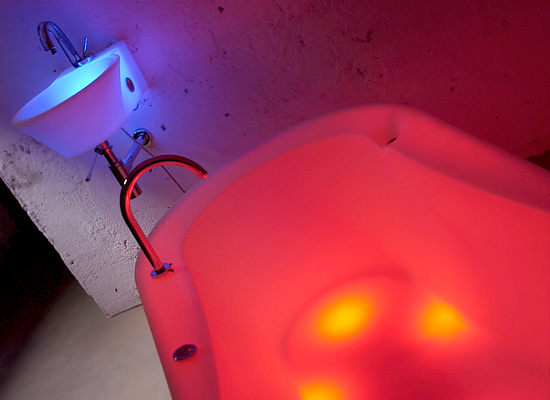 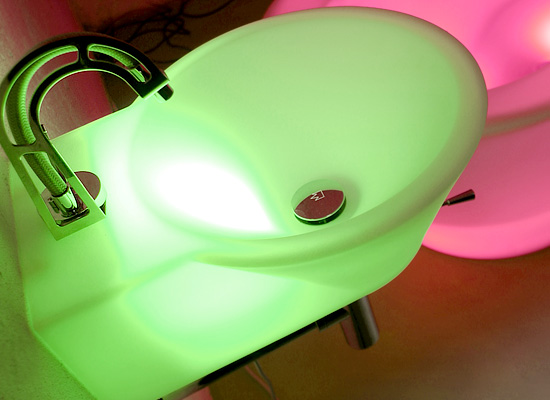 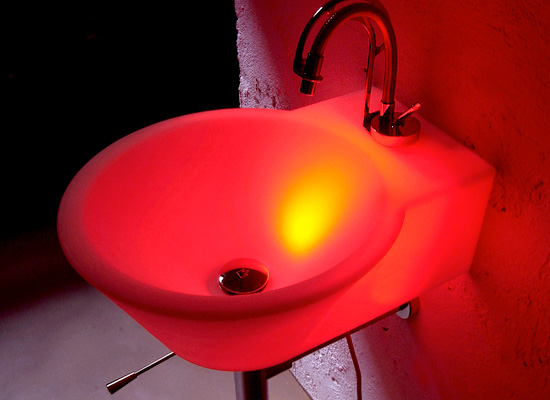