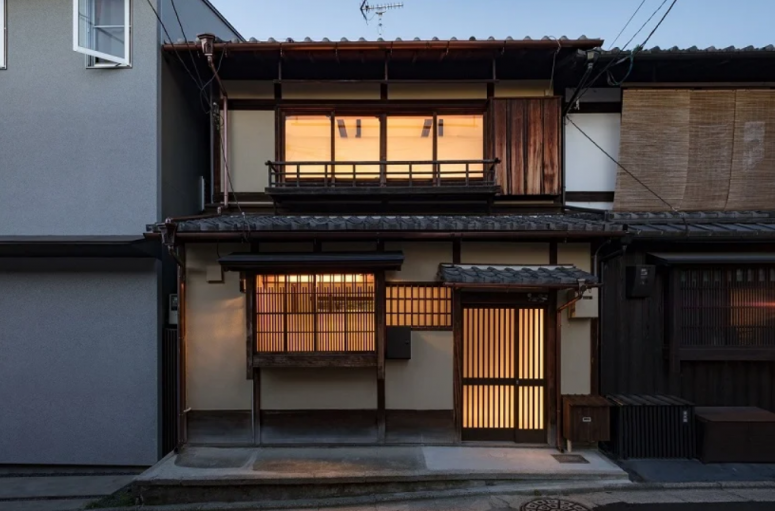 This house is a traditional machiya dwelling in Kyoto and its historical facade was preserved, while the interiors were renovated in fresh minimalist style

Kooo Architects has renovated a Machiya house in Kyoto, Japan, with white-hued spaces that update its interior appearance while maintaining its historical value. A Machiya is a type of traditional Japanese house where the two side walls do not have windows because they are shared with the neighboring building. Such an interior tends to be dark, especially due to its long and narrow shape. The architects have managed to transform the residence into a sequence of bright, light-filled interior spaces through a series of spatial interventions.

Kooo Architects have added a skylight to the main space of the house, which, together with the small, open-air courtyard, contributes to the illumination and ventilation of the building. Several spaces enjoy the views of this courtyard and hence enjoy more daylight. All rotten and non-functioning building materials were removed in order to upgrade sound and heat insulation qualities. At the same time, existing elements such as certain beams, columns, and the open-air courtyard were preserved and restored to their original appearance. In contrast with the modern interior design, the beauty of these historical elements stands out more and these elements also connect the spaces with each other.

In terms of façade design, the architects chose to respect the historical style of the Kyoto streets and made minimum changes to the appearance. Traditional craftsmen were invited to only touch-up the earth wall and reseal the decaying wooden window frame. 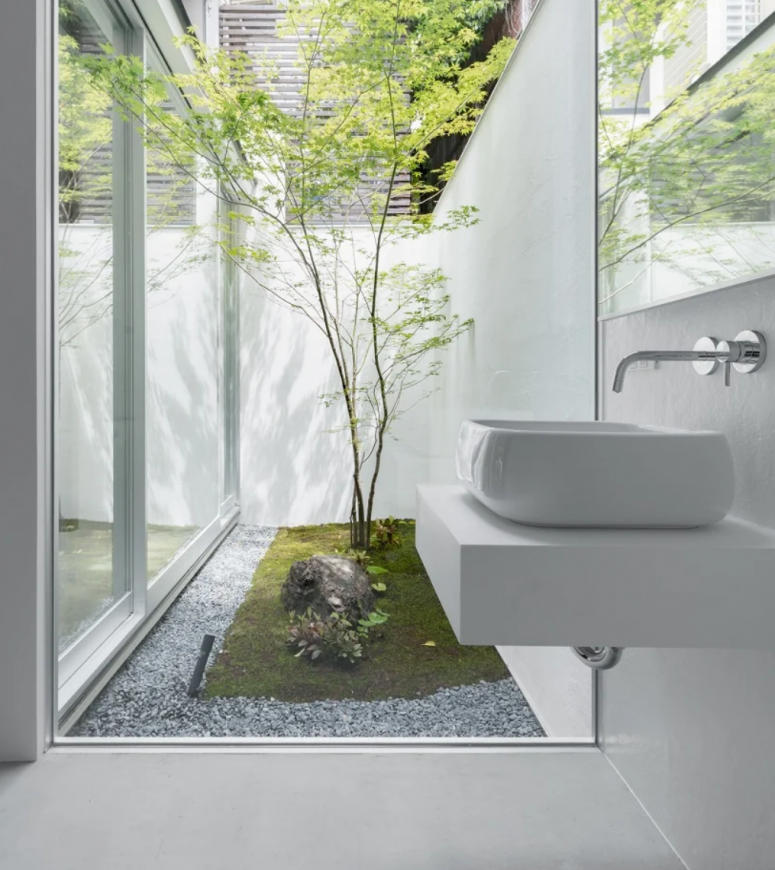 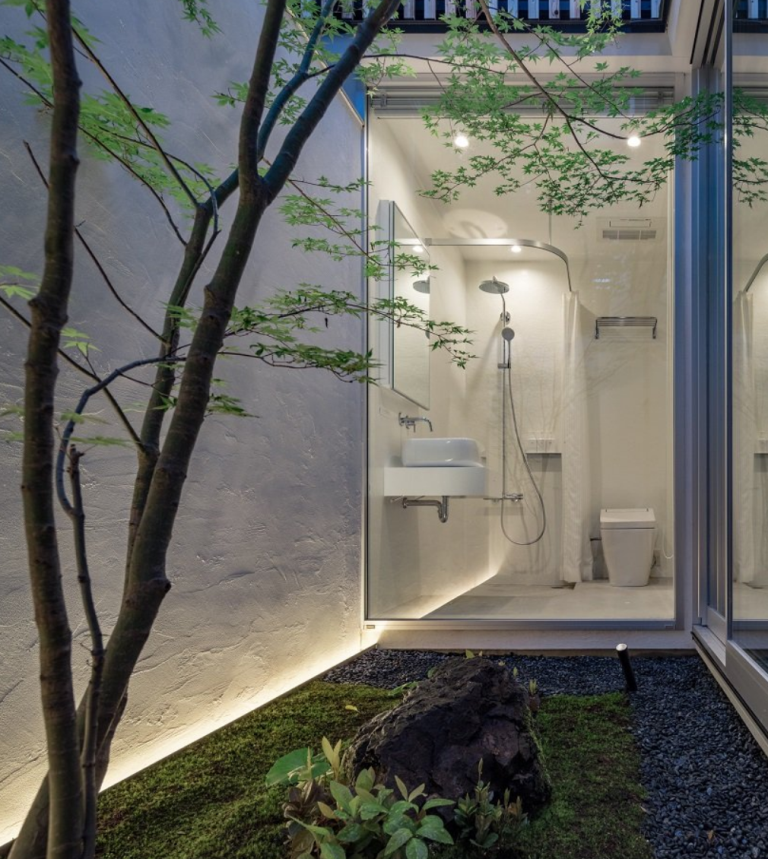 The bathroom itself is all-white and absolutely minimalist, with built-in lights 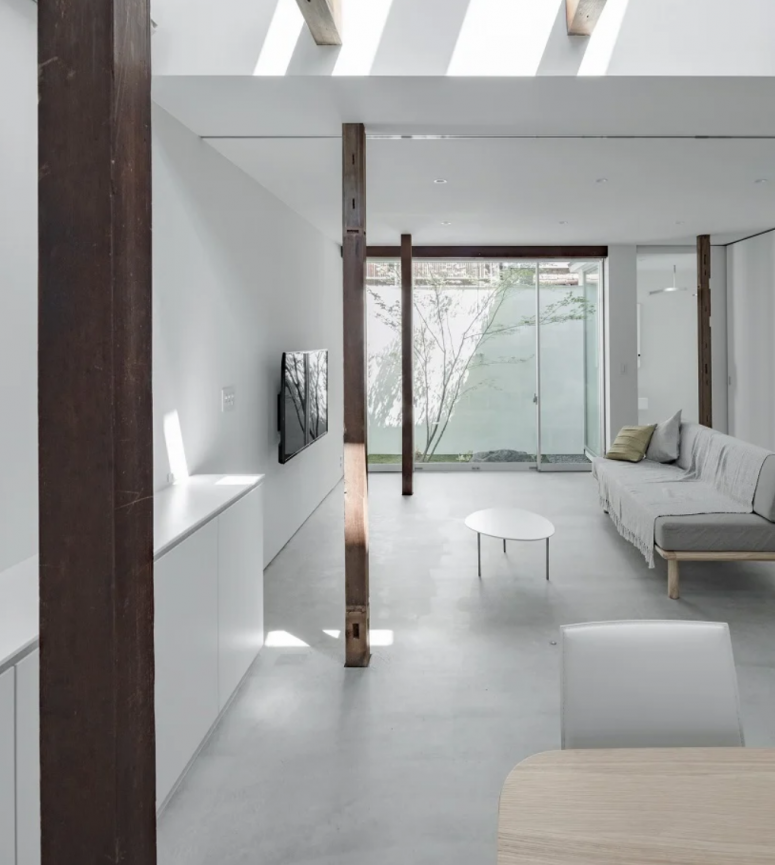 The living room is also neutral and minimalist, dark stained wooden beams add chic to the space and skylights bring outdoors inside 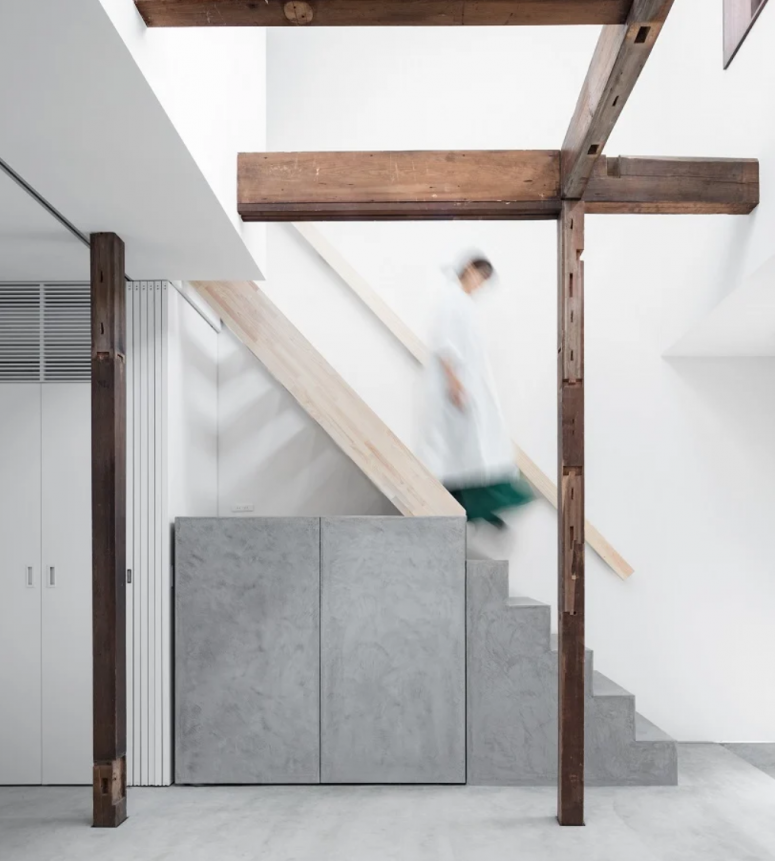 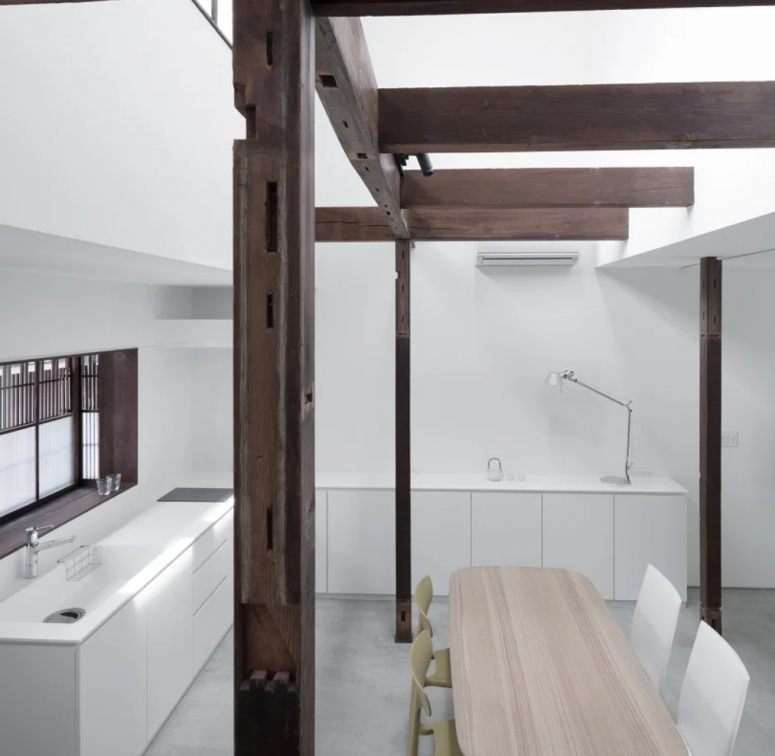 The kitchen is white and minimalist, and the dining space is also here, the original wooden structure adds interest to the space 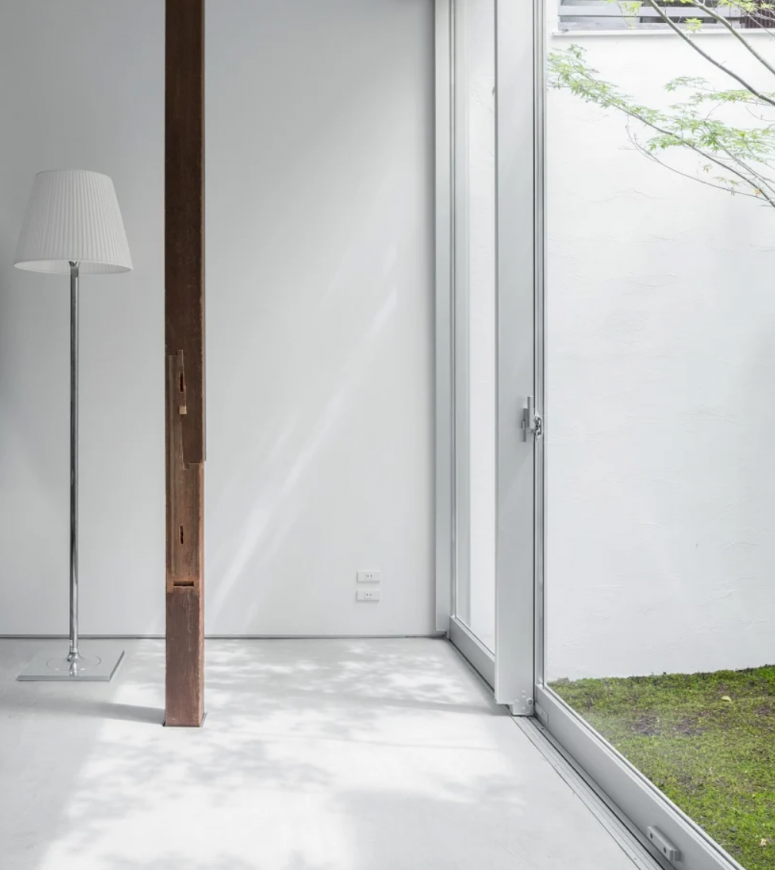 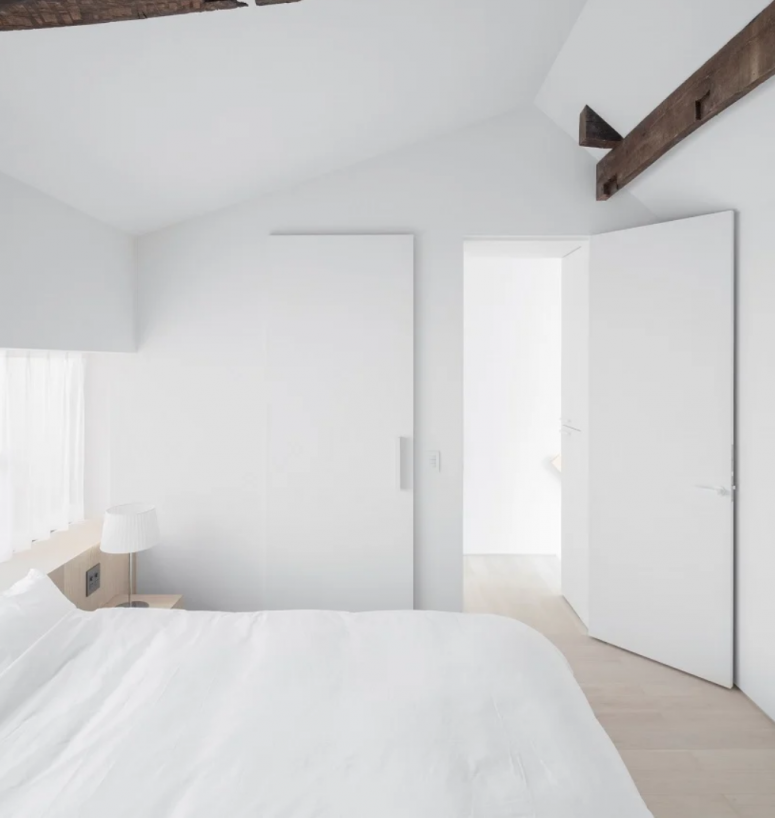 The bedroom is all-white, sleek and plain and looks aboslutely peaceful and welcoming 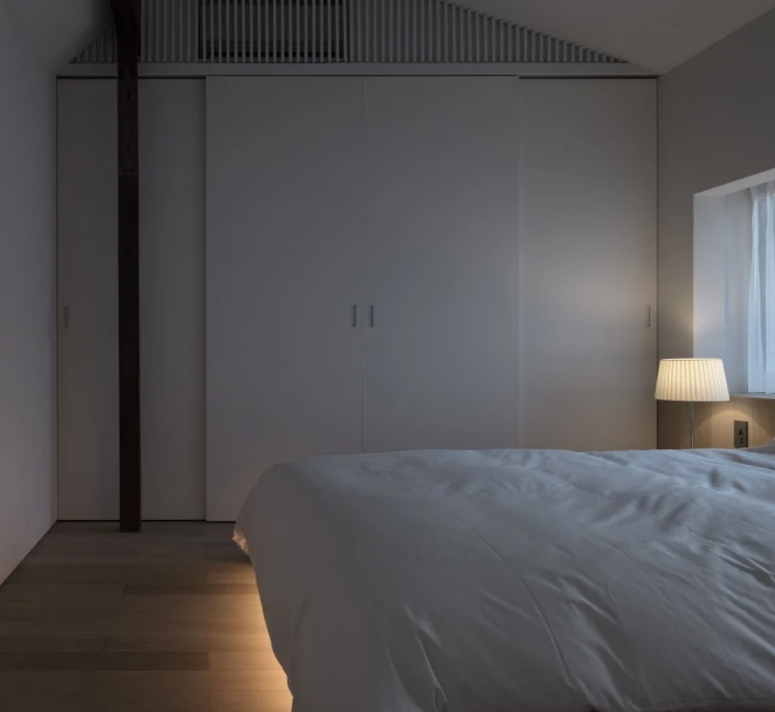 One wall is taken completely by storage units, sleek and simple