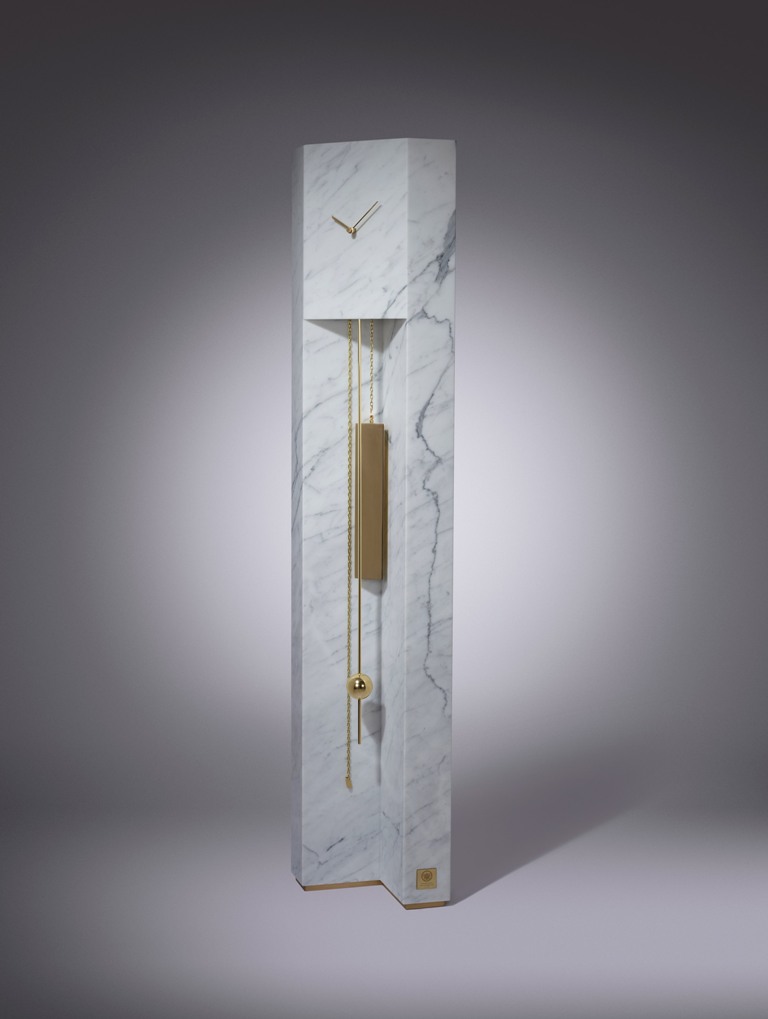 The Time Machine is a modern and fresh take on a traditional grandfather's clock, inspired by brutalist architecture

I guess everyone has seen that old grandfather’s clock in your grandparent’s home. Plus, we’ve already seen a lot of fresh takes on this famous piece, and today I’m sharing one more, a very modern and chic version of an old clock.

The Time Machine grandfather clock by British designer Lee Broom is made from a monolithic block of Carrara marble – a material the designer’s studio has become known for over the past decade. The designer has always been fascinated by its majestic appearance and its intricate mechanisms.

He wanted to create something contemporary that was very opposite to the traditionalism usually associated with grandfather clocks, so he started to look at a more modernist silhouette, creating very faceted angles and straight lines, similar to that of brutalist architecture.

The Time Machine incorporates a traditional clock mechanism, which has been modified by Broom so that it only uses one central weight as opposed to two. The weight, hands and pendulum are all handmade from polished solid brass, with the spherical shape of the pendulum designed to contrast with the triangular prismatic weight. 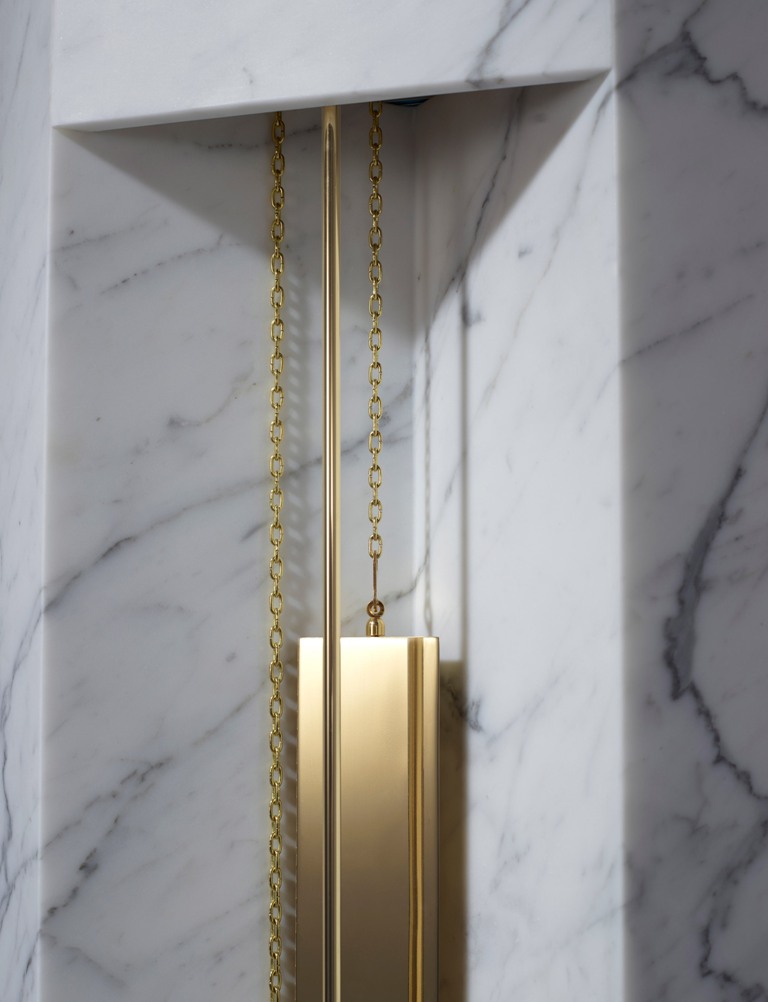 The clock is made of marble and it has elegant brass details, its design reminds of the traditional clocks 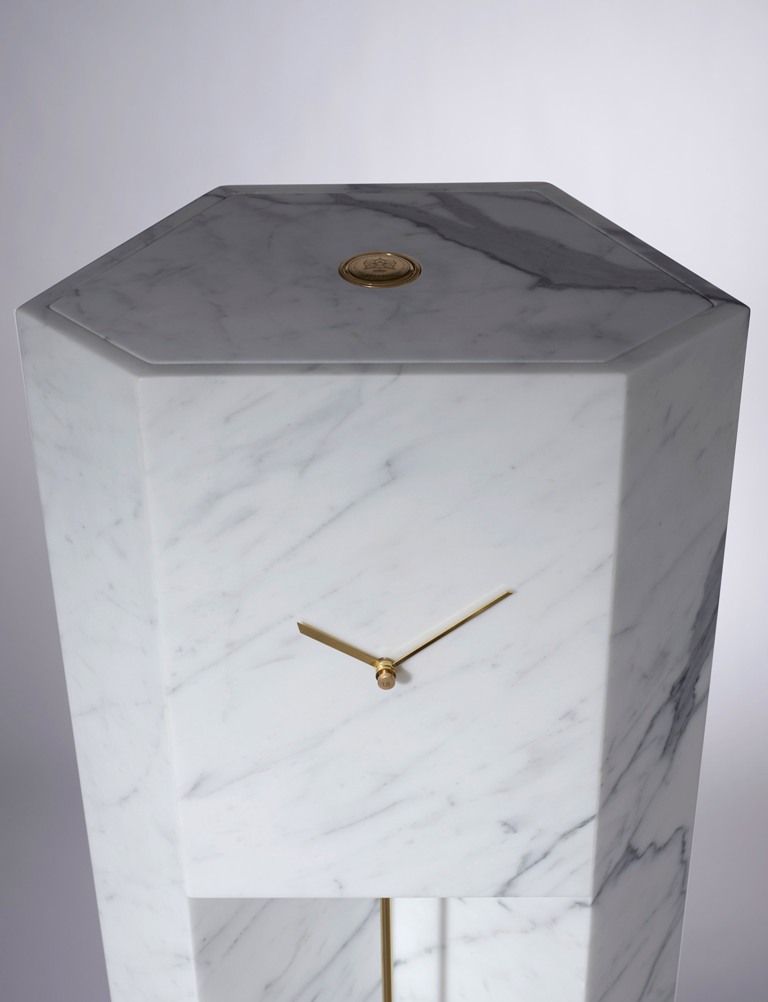 It also contains a traditional clock mechanism, which was modified by the designer to use one central weight 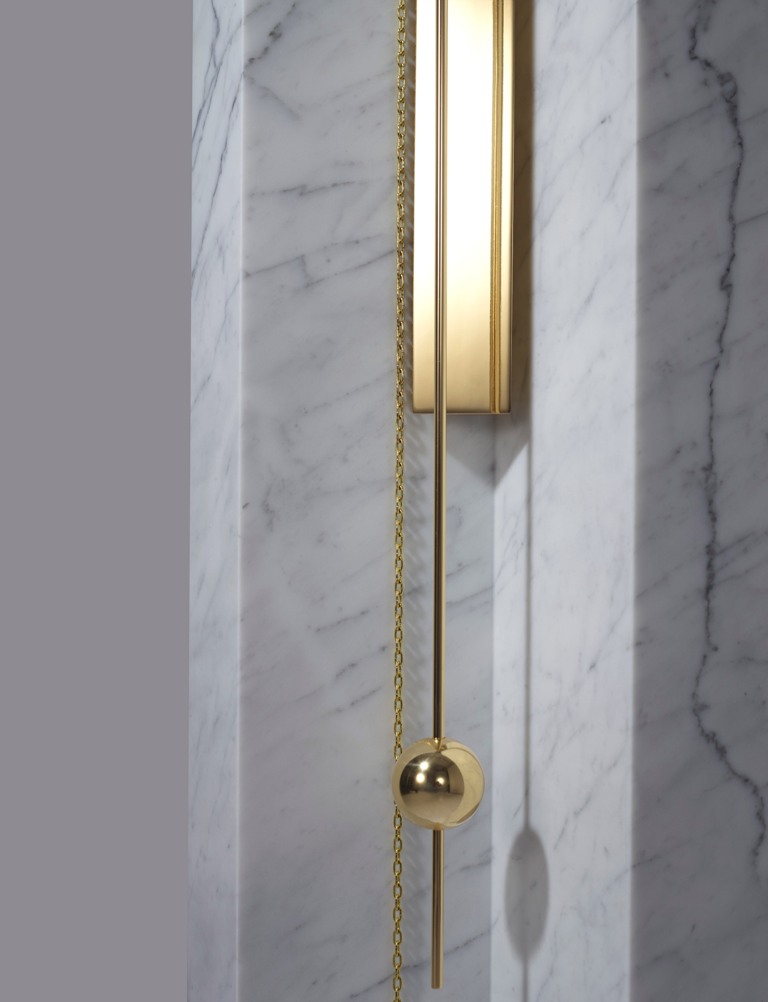 The Time Machine is launched as a limited edition, only 10 pieces are available, so hurry up