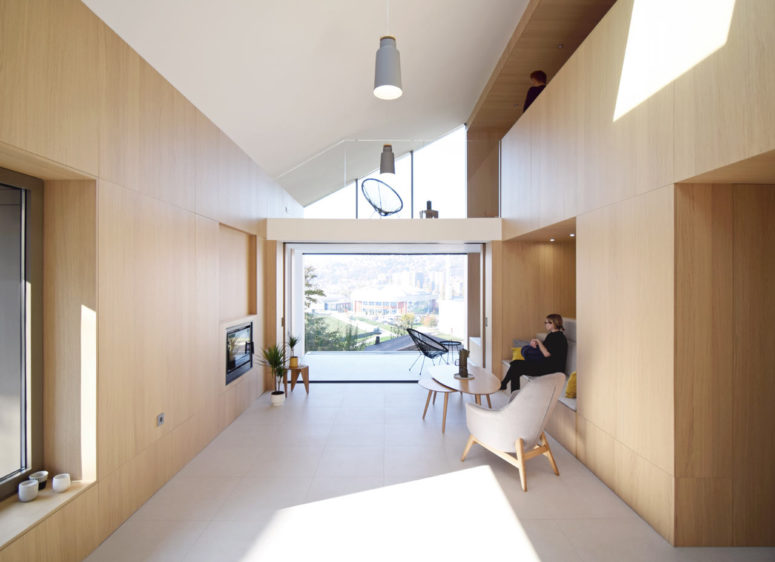 This home is a traditional family house in Srajevo, and it was totally renovated and got an extension to be adapted for a new owner, who's using a wheelchair

A traditional Bosnian ‘family house,’ located in an unplanned neighborhood in Sarajevo, has its ground floor renovated and extension added to accommodate a man in a wheelchair and his wife.

Designed by Projekt V Arhitektura, the Half House takes a step away from typical projects in the area as it’s situated in between a detached studio house, a gathering space, and a weekend retreat. The original 1980s house and ground floor apartment had undergone many changes over the years resulting in cramped living spaces not ideal for wheelchair access.

While the rest of the neighbourhood is ripe with post-war character, the new side extension has a minimalist aesthetic and is designed to become a semi-detached studio for a potential caregiver to live in later in the couple’s lives. The open floor plan features a large living and dining room, bathroom with walk-in shower, covered patio with a barbecue, and a mezzanine level that can be used for rest, play, or sleep. Pocket sliding doors open the interior up to the outside thereby extending the square footage.

The single pitched roof gives the feeling of extra space while the wooden walls add warmth and character. Carved out voids become windows, seating, book shelves, storage, lighting, passageways, and a spot for an elevator if needed in the future. A hallway creates a transition between the original home and the new one. The interiors are ultra-minimalist, with plenty of negative space, which makes them feel large and airy. The furniture is partly upholstered and there are some bright accents – pillows. 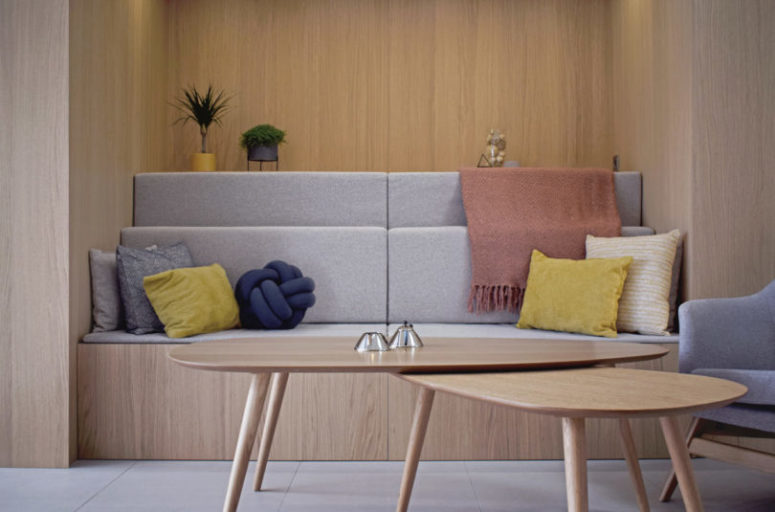 The living room is minimalsit, with a built-in sofa and a low table, with colorful pillows and greenery 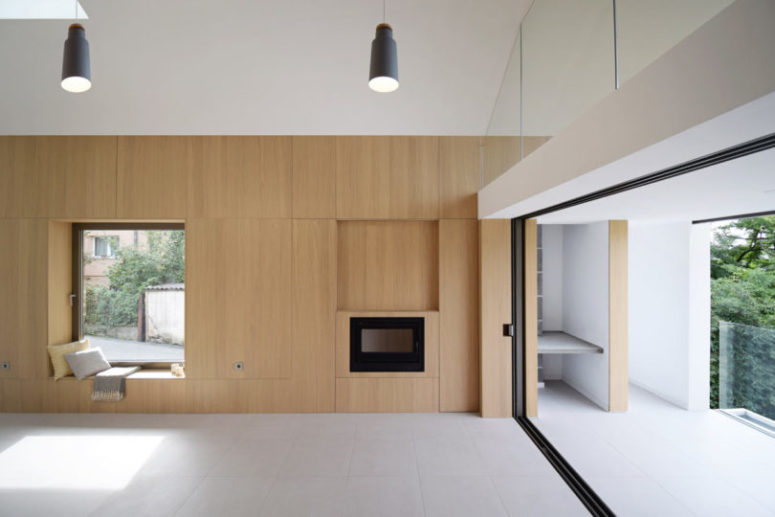 There's much built-in furniture, storage units and appliances plus such built-in daybeds and sitting spaces 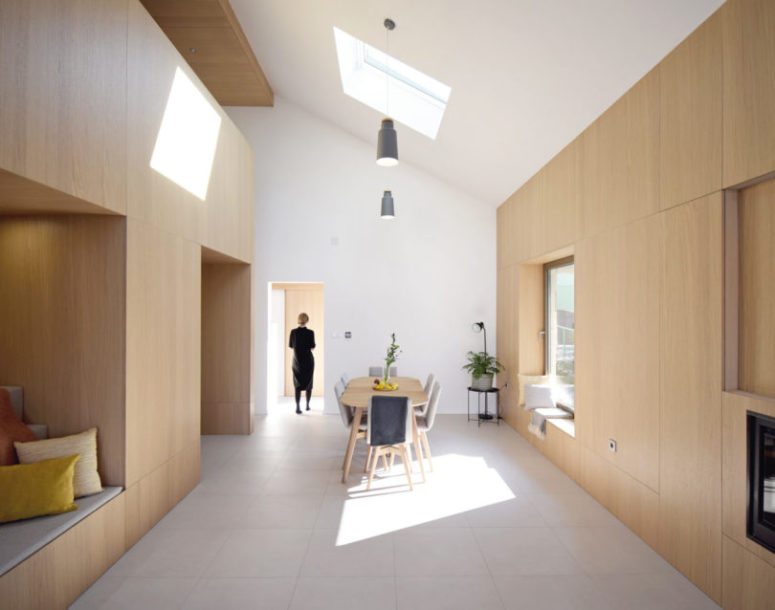 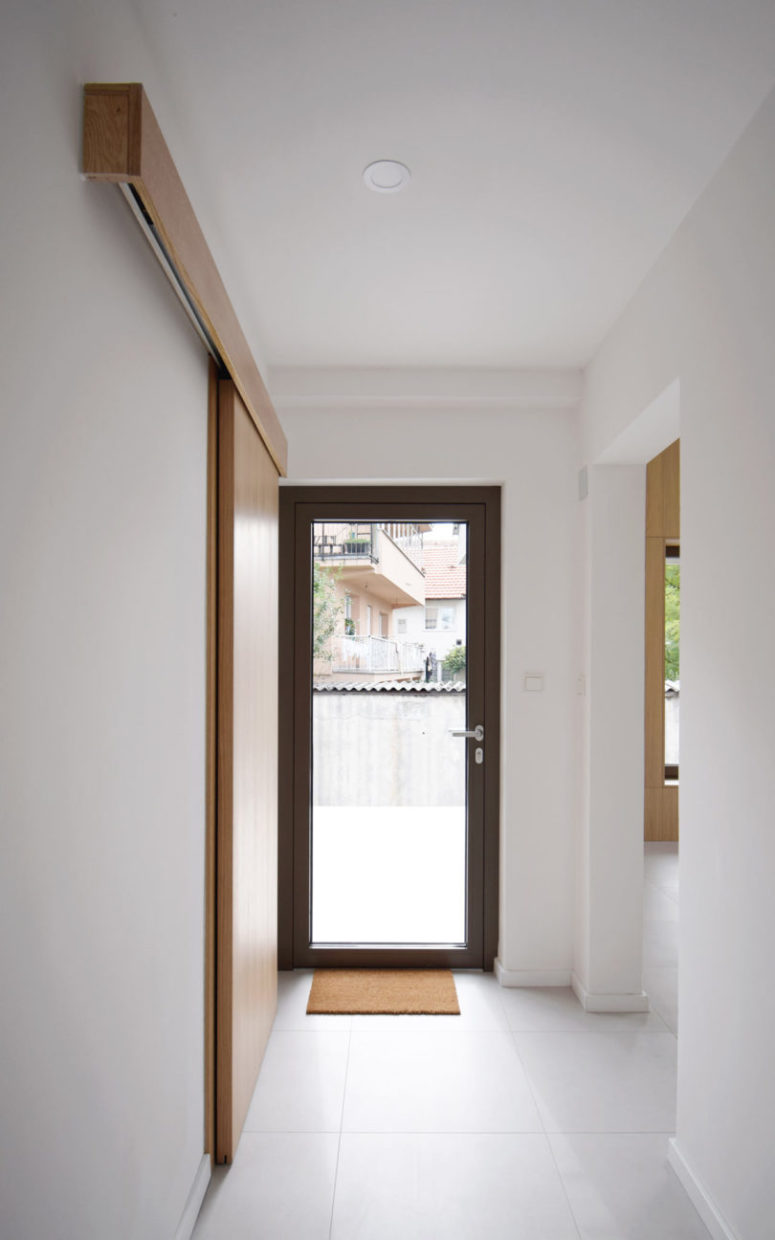 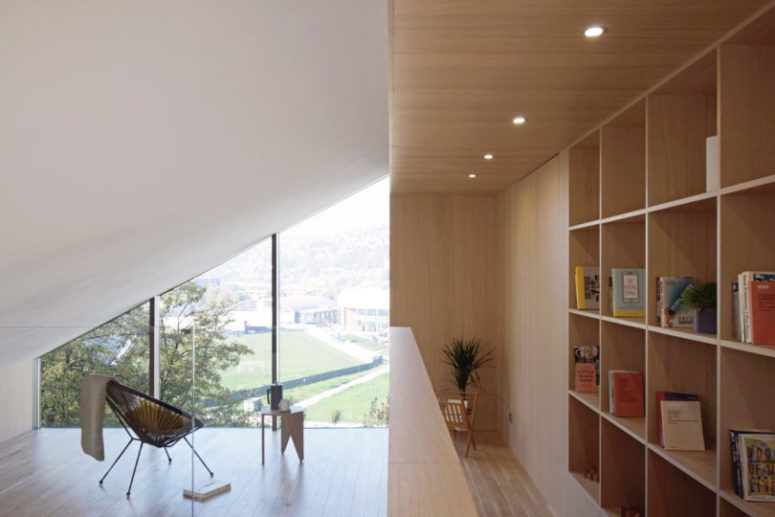 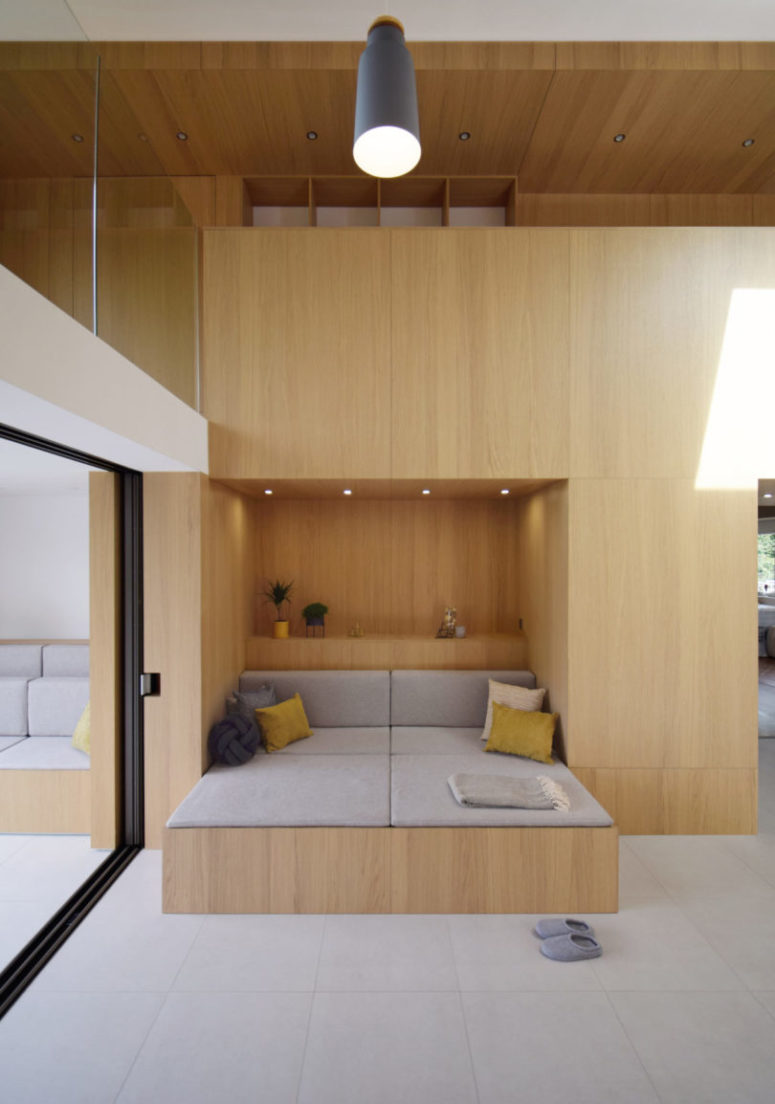