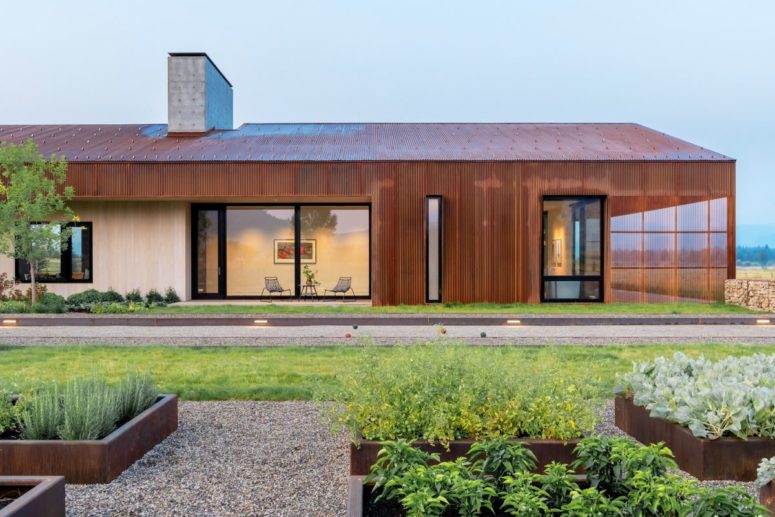 This home isn't your average barn, it's a modern take on it clad with oxidzed steel frames and with a series of openings

This may look like your average rustic barn from a distance but as you get closer a modern and sophisticated house starts to take shape. Located in Jackson, US, this lovely home was designed and built by CLB Architects. It occupies a flat piece of land with 360 degree views of the surroundings. On the outside it projects a modern-industrial look due to the Corten steel cladding. On the inside, a minimalistic and very welcoming home is revealed.

The house has an asymmetrical gabled roof which is a beautiful reflection of its eclectic style. The section of the roof which connects the two structures has a large central cutout mirrored by a plant bed. The interior is simple and modern, making use of materials such as concrete, glass and steel to project a rustic-industrial vibe. The entryway is defined by an oversized pivoting door and reveals a warm and inviting central living area which extends out onto a protected porch. The living area has a large concrete fireplace which puts an emphasis on the asymmetrical shape of the roof. Light wood was used throughout the house in order to maintain an open, airy but also welcoming aesthetic.

The bedrooms are placed at either end of the house and have access to terraces framed by perforated walls. There’s also a garage which acts as a separate structure. It’s connected to the main house by the roof which has a large cutout that brings natural light into this transitional area. 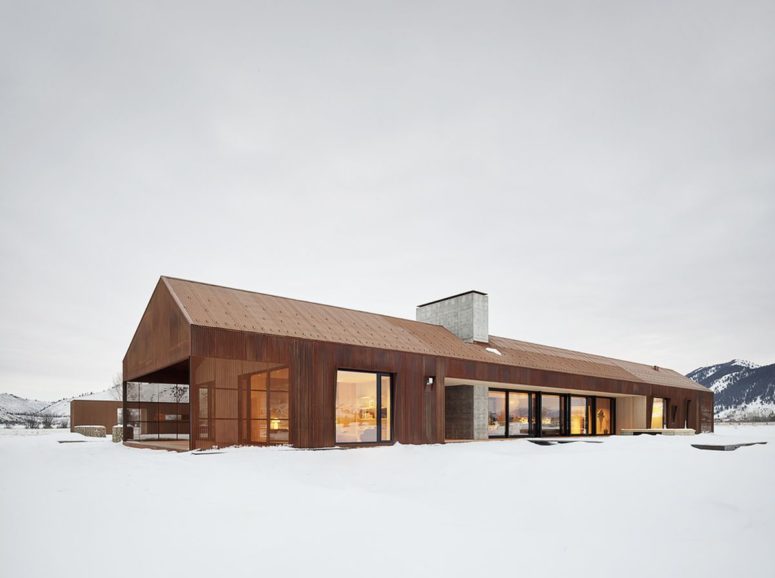 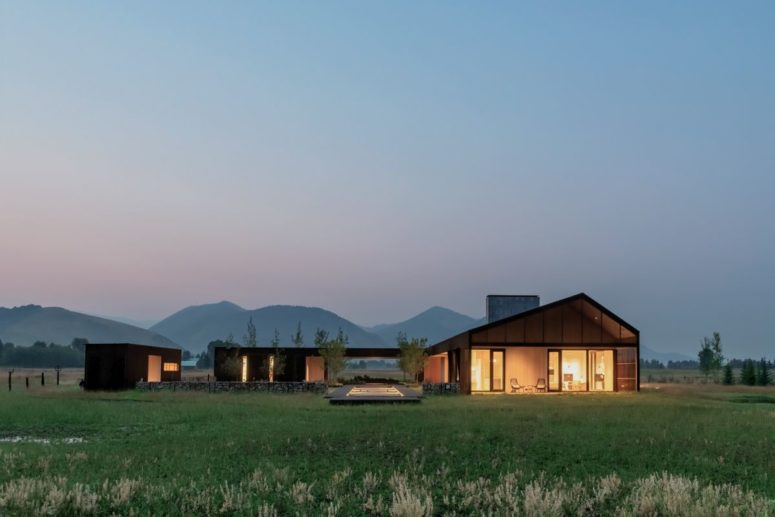 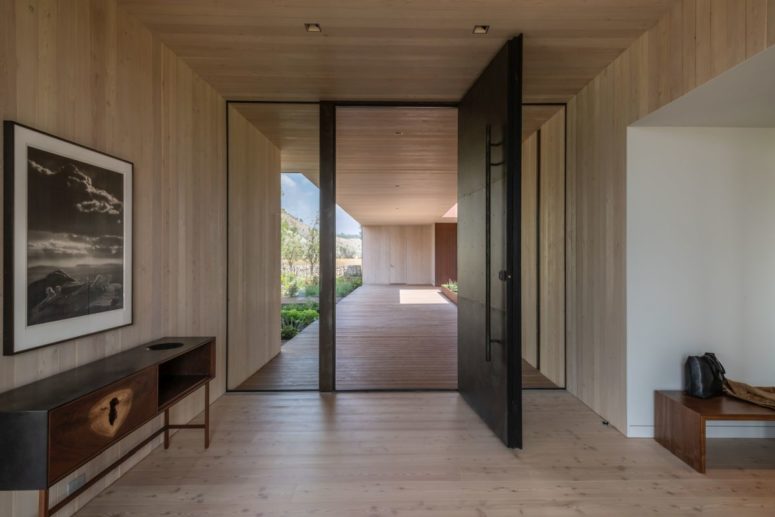 The entryway is minimalist, with a dark pivoting door and chic furniture, it's all done with light-colored wood 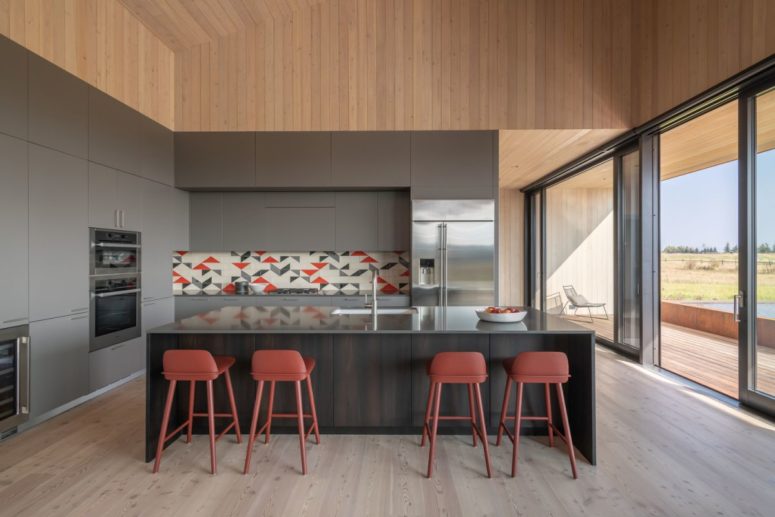 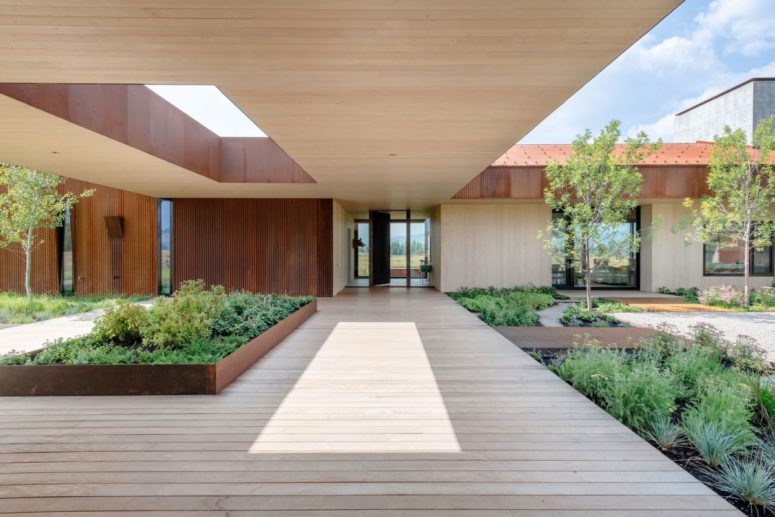 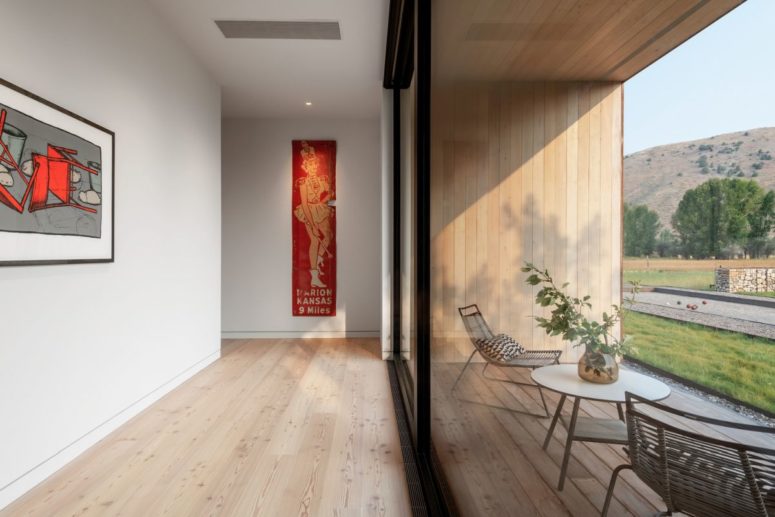 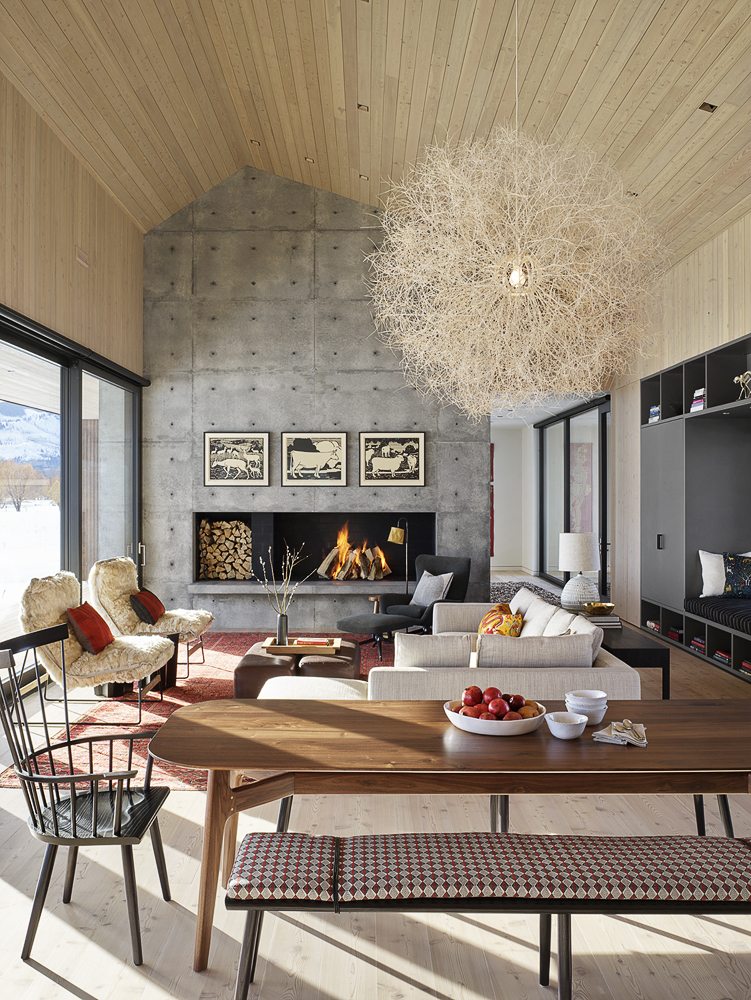 The living room is quirky, with a concrete wall with a fireplace, a catchy chandelier, trendy furniture and a dining space right here 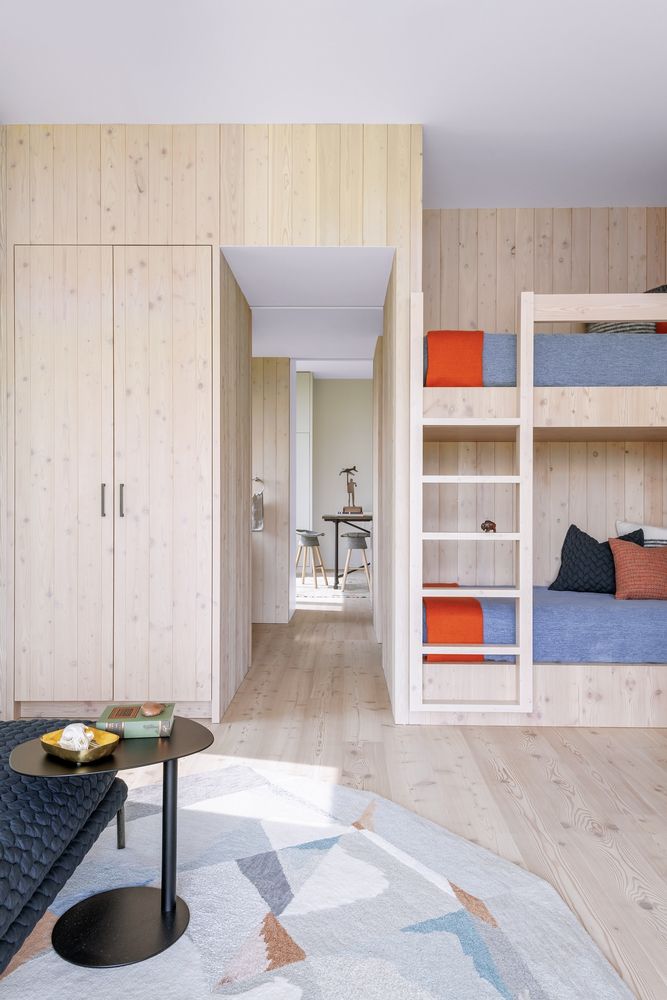 The guest bedroom is again clad with the same light-colored wood, there's a bunk bed and some bright touches