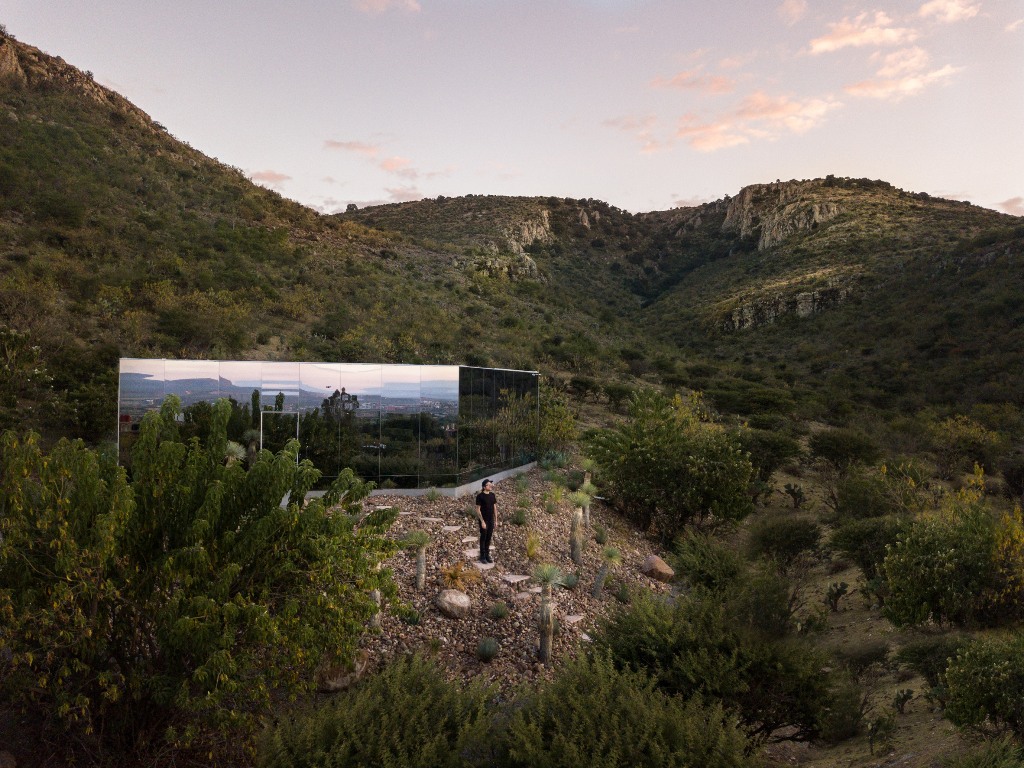 Solar panels and harvested rainwater power this mirrored holiday home by first-time architect Prashant Ashoka, which was designed to be self-sufficient and in harmony with its surroundings. Casa Etérea is nestled into the slopes of an extinct volcano in the Los Picachos highlands, near the Mexican city of San Miguel de Allende, and surrounded by 10,000 hectares of rugged, unspoiled nature.

The structure of the 75-square-metre cabin was made from local materials, its foundations are formed from volcanic rocks collected on-site and its walls from bricks that were made locally and finished with micro-cement, before being clad in mirrors. The cabin is formed of two rectilinear volumes that meet to form a wide V-shape, framing an internal courtyard with a patio and a small swimming pool clad in mosaic tiles. The side of the building that faces the Palo Huérfano volcano is finished with panoramic glass doors, while the exterior facade that faces the valley beyond is completely shrouded in mirrored panels.

Beyond affording privacy to the guests, this allows the structure to act like a seamless extension of the environment, reflecting the changing light of the days and seasons. Light becomes a structural element of this design, distorting the perspective of where the observer begins and the landscape ends. With the aim of leaving the surrounding nature largely undisturbed, a patterned, ultraviolet coating was applied to the mirrors, marking the structure out for passing birds to prevent collisions while remaining invisible to humans.

The cabin is solar-powered and harvests rainwater, and the orientation of the site itself helps to naturally regulate the indoor air temperature and conserve energy. The interior, styled by local studio NAMUH, features an open-plan layout with exposed ceiling beams and natural, tactile finishes of stone, wood, jute and leather. 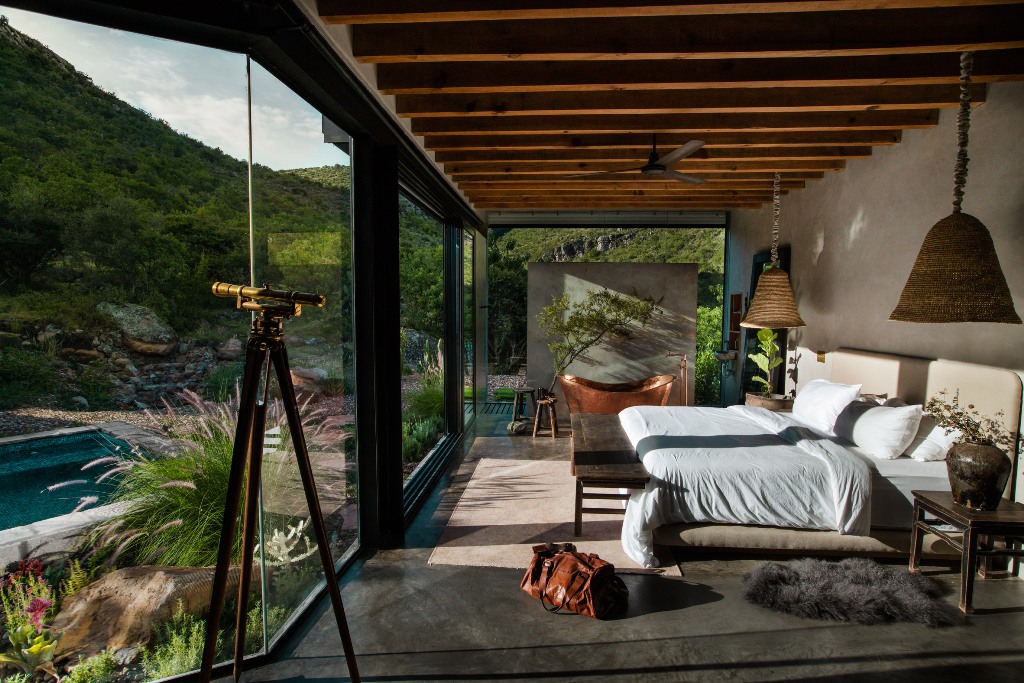 The interiors are contemporary, with much concrete, simple and stylish furniture, wooden beams and jute and wicker 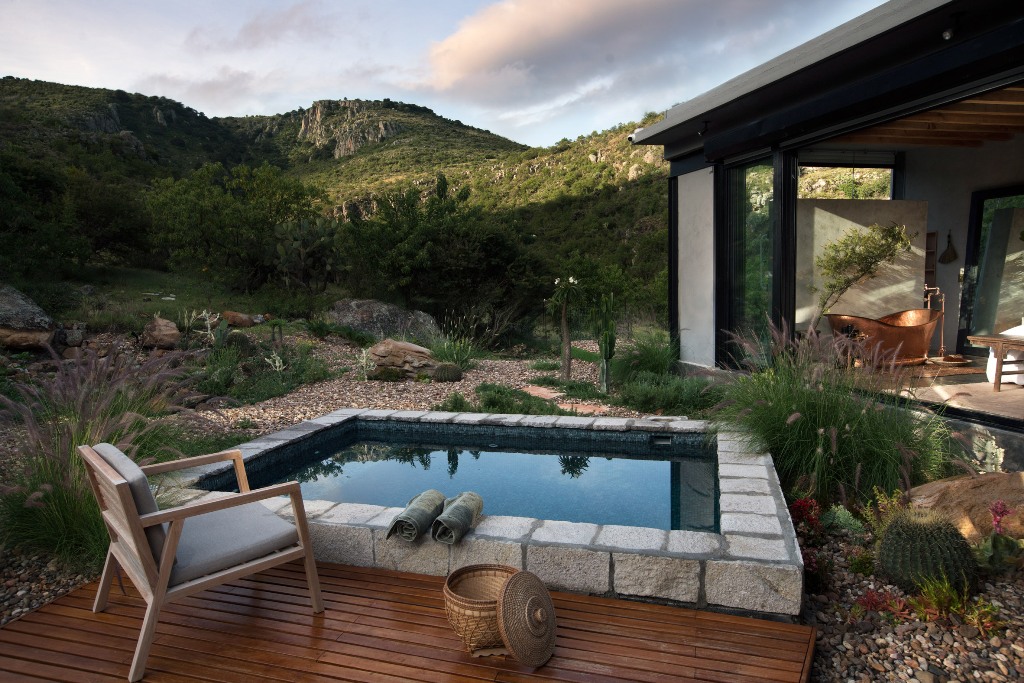 Indoors can be opened to outdoors, and there's a small swimming pool finished in mosaic tiles 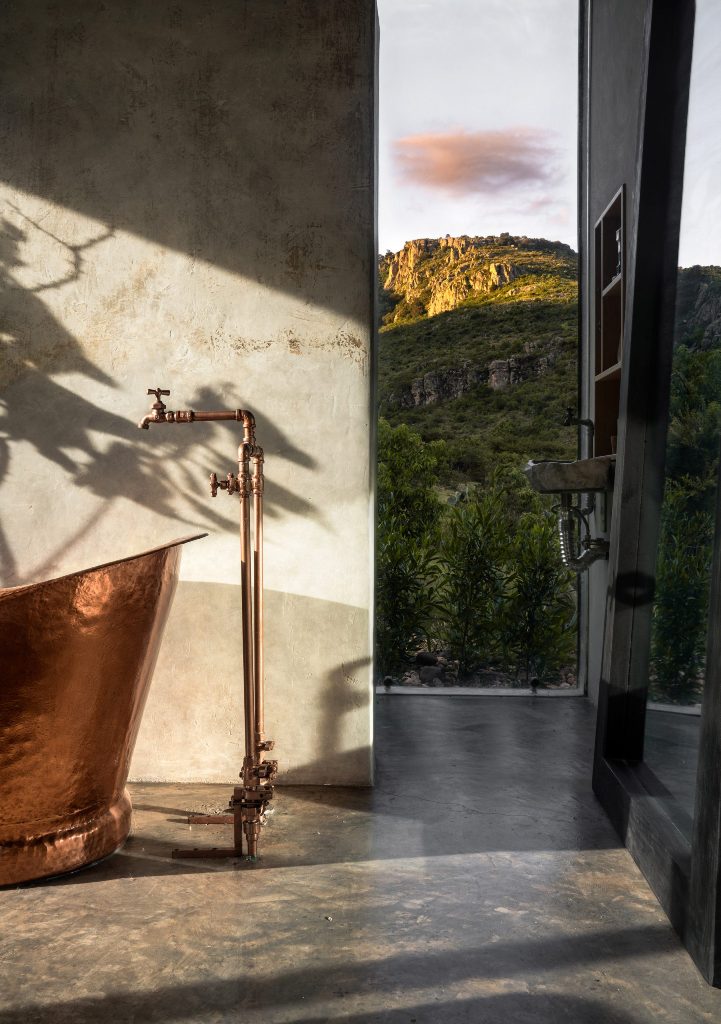 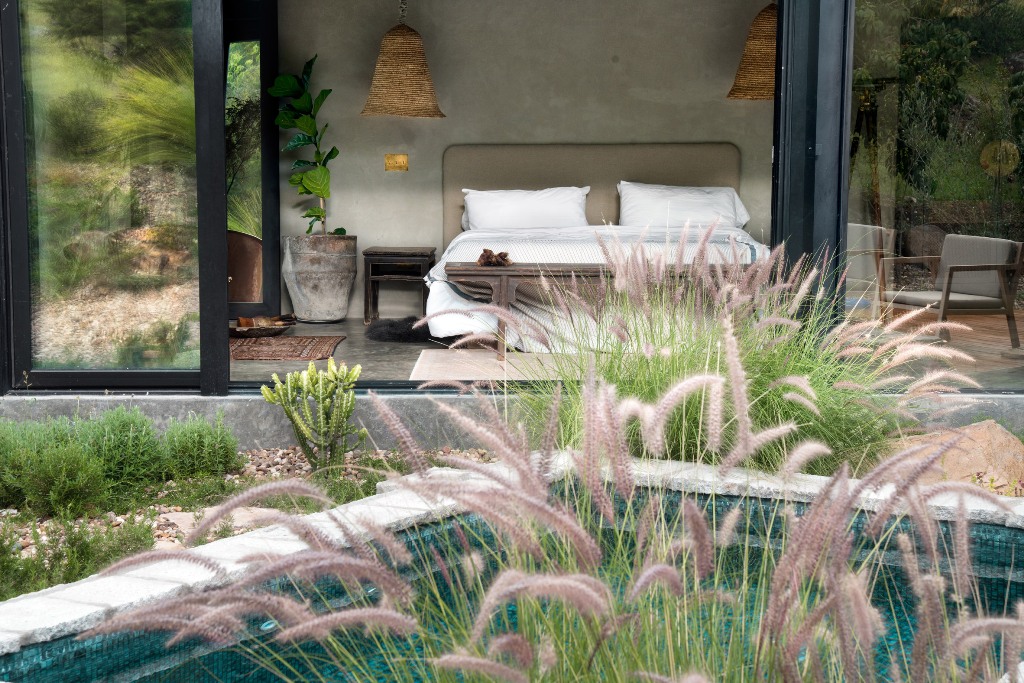 Panoramic sliding doors open up the interiors to the courtyard, and the boundary is very seamless 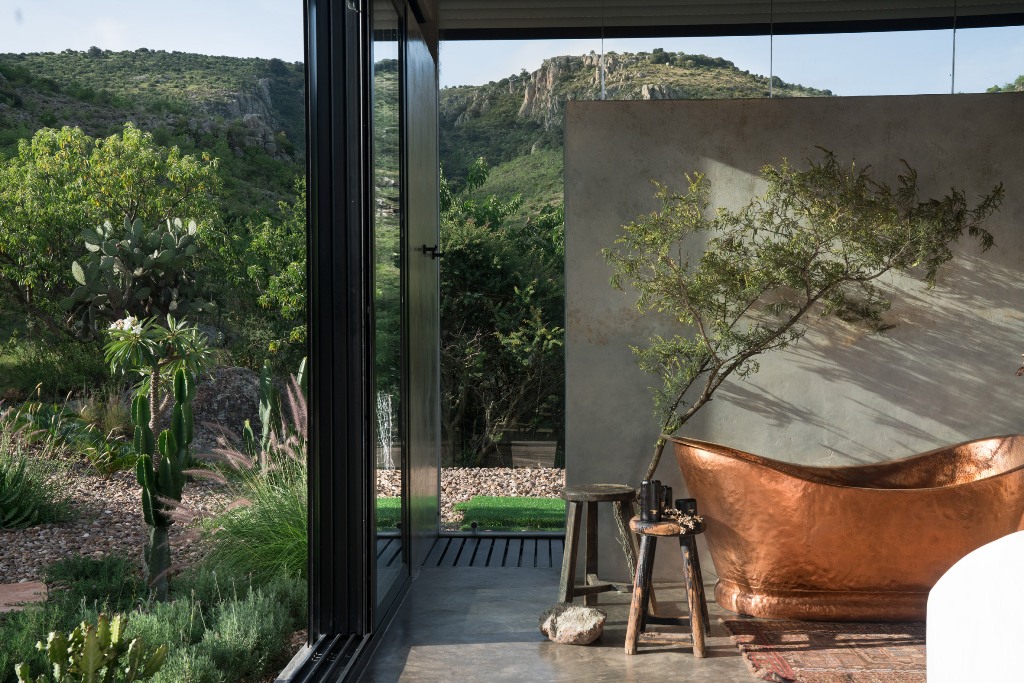 There's a copper bathtub right in the bedroom, and a privacy screen to enjoy only the courtyard looks